Setting the mood for a night in usually involves dim lighting, soft music, and a comfy place for a couple to cosy up. Unless you and your loved one both happen to be Star Wars fans, in which case glowing lightsabers, John Williams’ Imperial March, and a loveseat shaped like a Dewback lizard are more appropriate 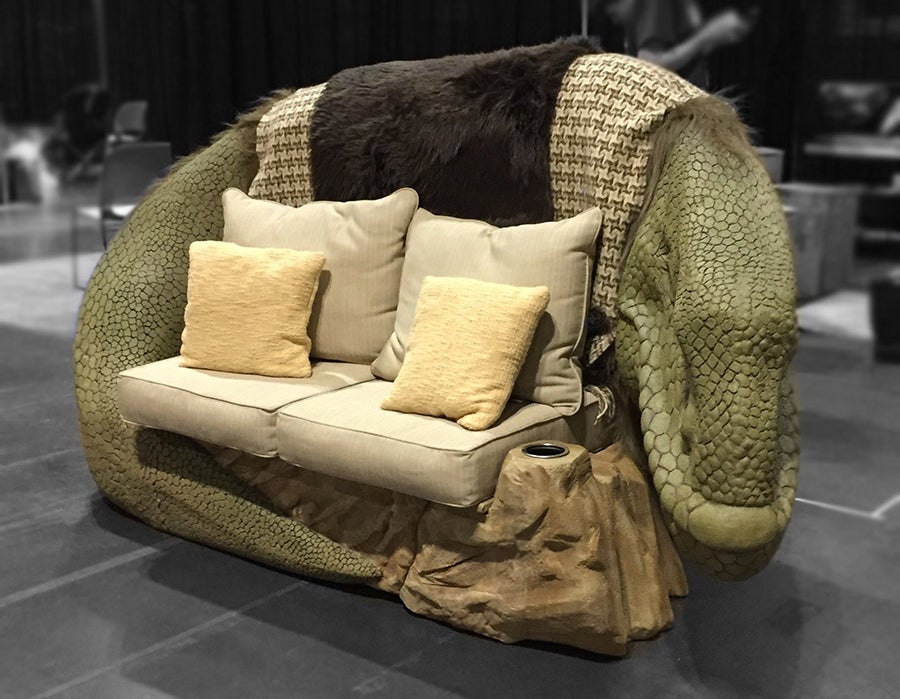 The Dewback, a giant lizard native to Tatooine, was first seen in Star Wars: A New Hope as an animatronic puppet that was later replaced with a CG version in updated versions of the film. While this sofa looks very much alive thanks to thousands of hand-detailed scales, it will never move or disturb whoever’s sitting on it. It comes with faux fur blankets plus matching pillows and cushions, and a pair of cupholders to help you keep you hydrated under Tatooine’s pair of suns. 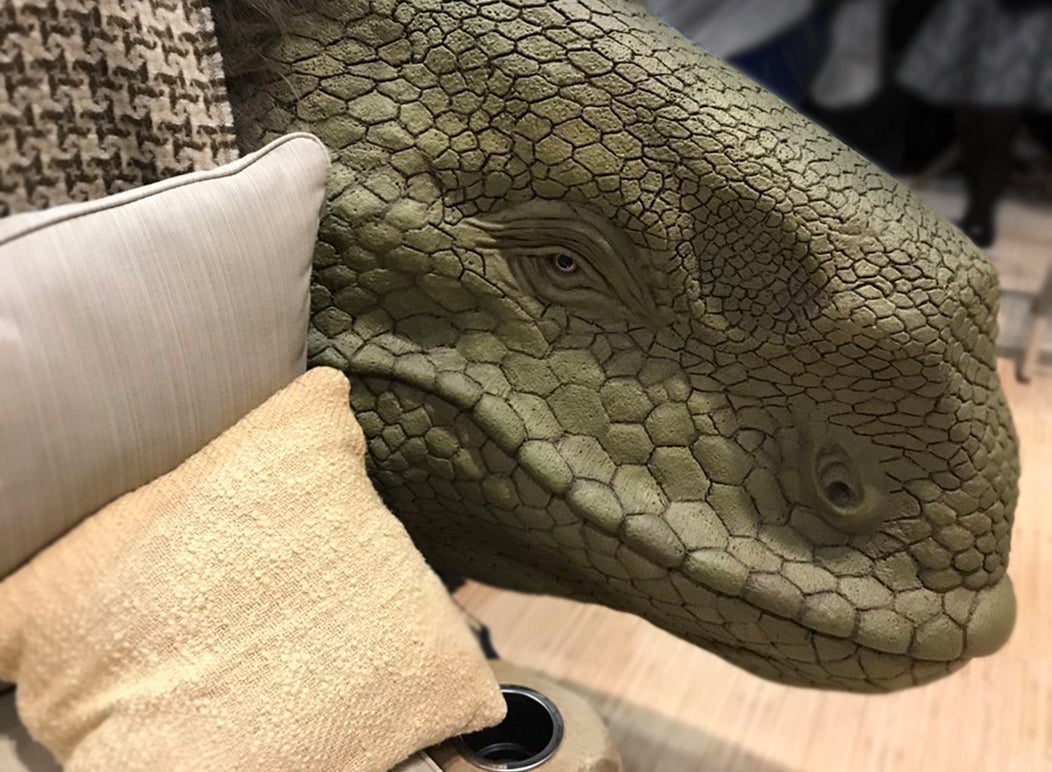 Think it looks like an expensive addition to your Star Wars collection? You’re absolutely right. This sofa will set you back $10,000 (£7,763), plus shipping costs that are so high this isn't actually available outside the Continental USA. You know, because it doesn’t exactly pack flat like IKEA’s offerings. It also weighs 150 kilos, so it’s a good idea to decide exactly where you want it in your home, because once delivered, you’re not going to want to try to move it. [Regal Robot]