Sometimes, the majesty of the final frontier—a cold, unfeeling space—has the power to make our eyes misty. The images from NASA’s Cassini mission have often been able to do this, and since the spacecraft is dying soon, it makes the experience all the more emotional. Before it goes out in a blaze of glory, Cassini has been sending back some of the most incredible images of Saturn and its moons—but one of its latest from Saturn’s rings is especially spectacular.

On April 12th, while it was roughly 870 million miles (1.4 billion kilometres) from Earth, Cassini beamed back this glorious image, featuring an unprecedented view of Earth from within Saturn’s rings. Saturn’s A and F rings frame the picture, with Earth in the middle, ready for its (not so) close up. If you look really closely, in a cropped version, you can even see our moon to the left of our Pale Blue Dot. Yup, that’s us and our Moon—just two tiny specks in the solar system. 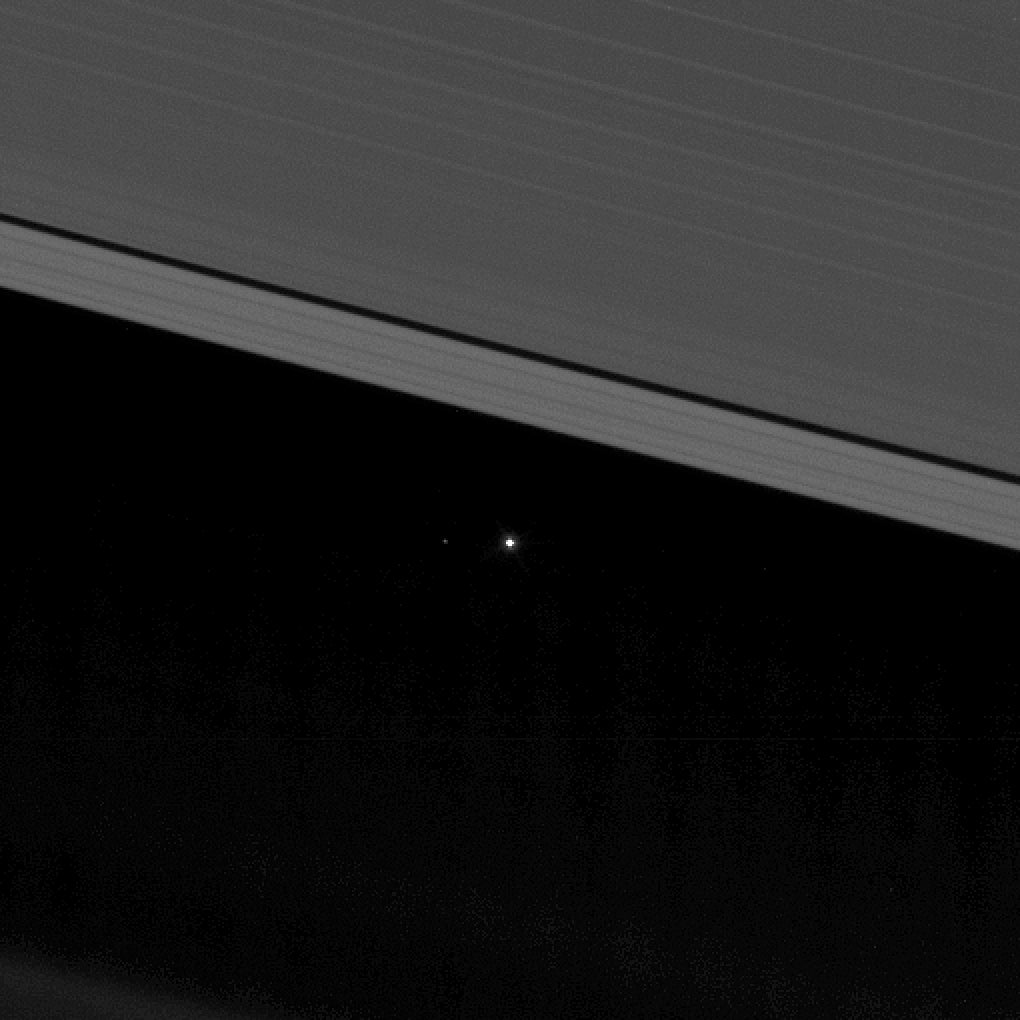 Space has a way of reminding you that even though you’re technically “made of star stuff,” you’re infinitesimal in the scheme of things—far smaller even than that little dot, shining in the black nothingness. It’s kind of beautiful.

What Would Life On Saturn's Moon Enceladus Look Like?