Have you seen this screenshot from an old episode of Bill Nye the Science Guy? It shows Nye with the caption, “Gender is determined by your chromosomes.” Alt-right social media users have been posting it because Nye recently said that gender is on a spectrum. But the old image is completely fake. 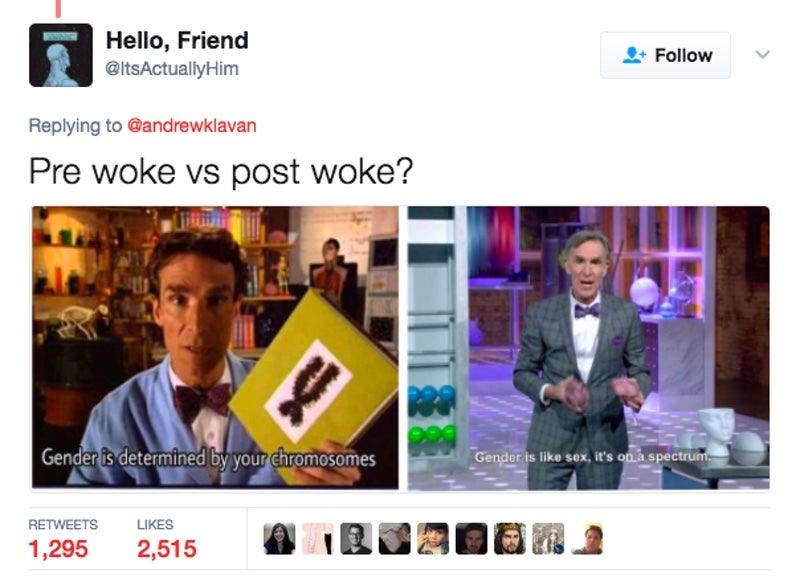 The screenshot has become quite a popular meme on alt-right social media, posted by people like Andrew Klavan, Ian Miles Cheong and a host of anonymous trolls. Milo Yiannopoulos also appears to have posted it to Facebook, but has since deleted it. And, of course, Reddit’s hub for pro-Trump propaganda r/The_Donald has given the fake image over 8,000 upvotes.

Right wing sites like the ironically named Truth Revolt have also perpetuated the lie, with headlines like “Images Prove Bill Nye Flipflopped on Gender Fluidity.” As though the image itself was proof of something that Bill Nye said, rather than a photoshop-job.

I know it’s shocking to hear, but there are a lot of things on the internet that are totally fake. Anyone can take a screenshot of a famous person and put a quote or caption next to them, even if they never said that particular thing. We see this a lot with quotes from famous people.

How do we know Bill Nye never said this thing about gender being determined by your chromosomes? Because we can watch the entire episode for ourselves.

So what did Nye actually say?

You can watch the entire episode on YouTube, if you’re so inclined, or I’ve trimmed it down to just the part in question and uploaded it here. But just remember that people can make up fake screenshots pretty easily.

If you have to share a very real screenshot of Bill Nye laying down some amazing science facts, share the image below. I assure you it’s one hundred per cent real. 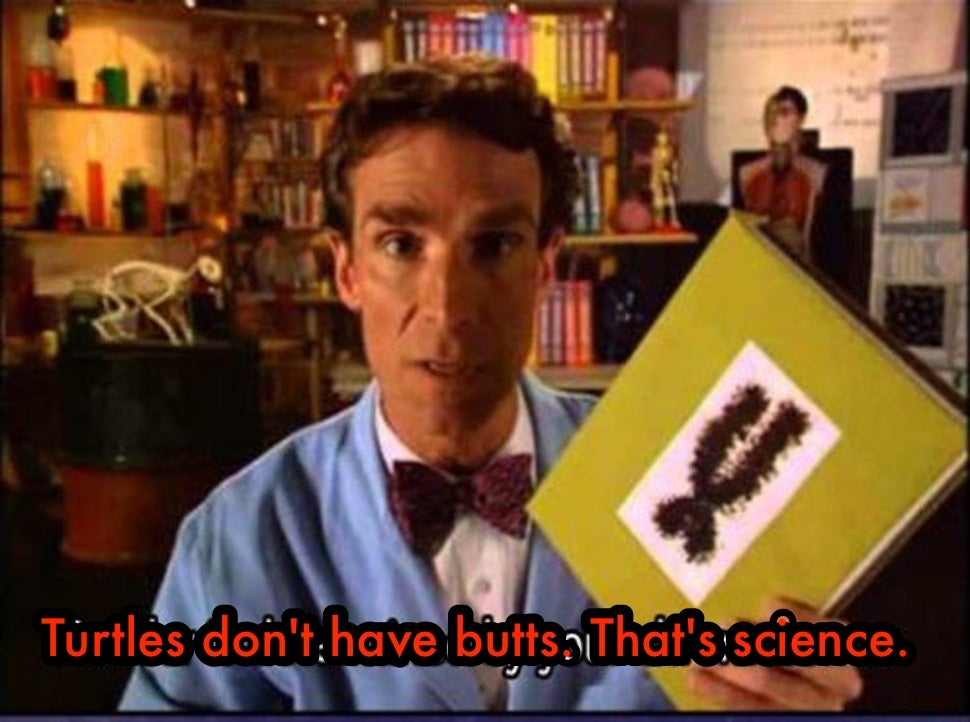 This Viral Giraffe is Dead, So Feel Free to Give Up Hope Now

The Story Behind That JFK Quote About Destroying the CIA