Good news for anyone with an Android phone that isn’t a Pixel: Google Assistant is rolling out to more phones, new and old. That means many more of us will be able to take advantage of Google’s latest and smartest AI. There are some things both the Google Assistant and Siri are excellent at—like pulling up emails or showing photos you’ve taken in the last week in a specific city (Apple really seems to be catching up to Google in the image analysis department).

But there are some things Google just does better. So stop with the Apple envy and read about some of the key areas where Google Assistant has the edge over Apple’s own digital AI.

1) Getting instant answers from the web 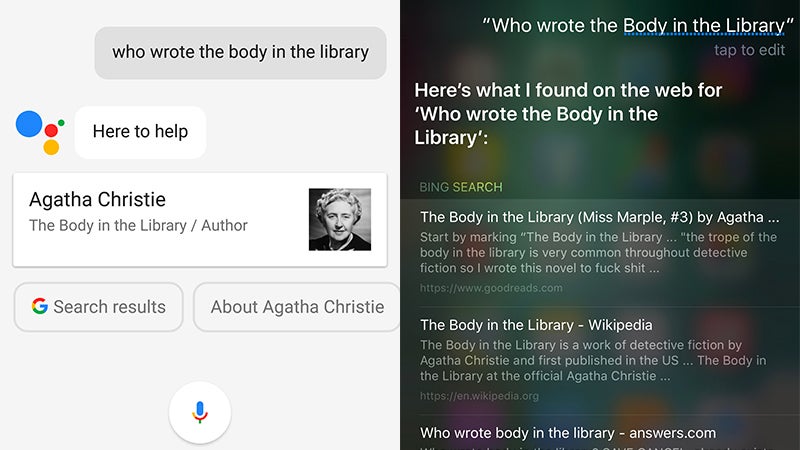 Some of Google’s instant answers might be on the dubious side but Google Assistant seems better at pulling nuggets of information from the web. It correctly responded to “who won the Best Director Oscar?” and “who wrote The Body In The Library?” with Damien Chazelle and Agatha Christie respectively.

Siri, in contrast, gave us a list of movies (not including La La Land) for the answer to the first question, and listed the results of a Bing search for the second (which, to be fair, included Agatha Christie in the snippet previews). Obviously Siri gets a lot of questions right too, but Google Assistant seems to be ahead here. 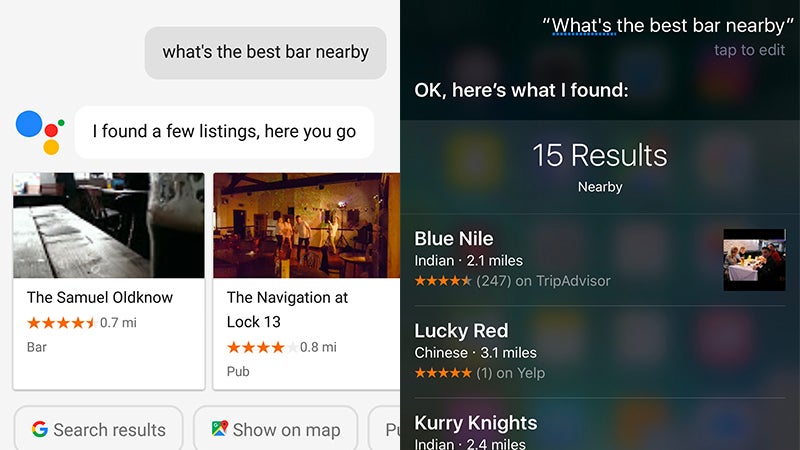 Both Siri and Google Assistant do a decent enough job of finding restaurants, bars, and other kind of businesses nearby, but Google’s app came out on top in our tests, not just on the places it returned, but on the interface: results are presented in a simple carousel and you can quickly jump to a Google Maps view.

Over on Siri the results list is more difficult to parse and appears to cast a wider net. Your mileage may vary depending on your location and the data these apps have to work with, but where we’re from Google Assistant is currently more useful. 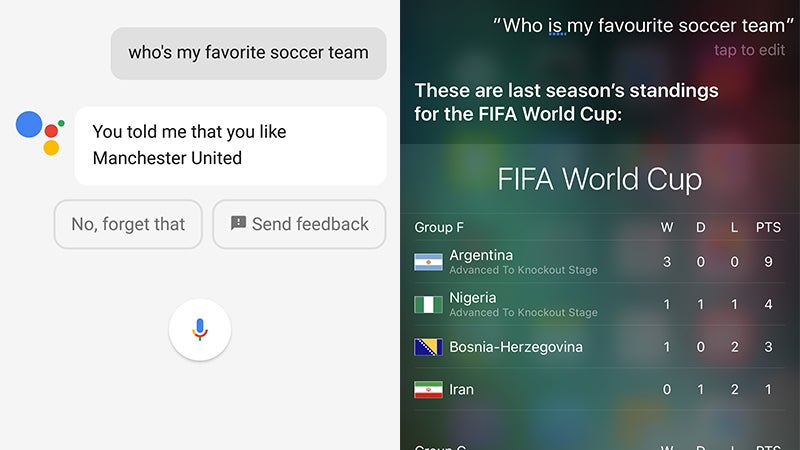 Out of the gate Google Assistant promised smart, contextual responses, so if you asked follow-up questions it would respond sensibly. However it wasn’t always as smart as we would have liked, and Siri is now just as good at dealing with those follow-up questions, so you can ask both apps for the weather in Sydney, then say “and New York?” and get the right answer.

Where Google Assistant still has the edge is remembering stuff about you (predictably enough for a Google service). Tell the Google Assistant your favourite soccer team, and it remembers that information; Siri just lists soccer fixtures. It’s not a huge feature, but now you don’t have to out yourself as a Manchester United fan at the bar, and instead can just ask “how did my favourite team do?” 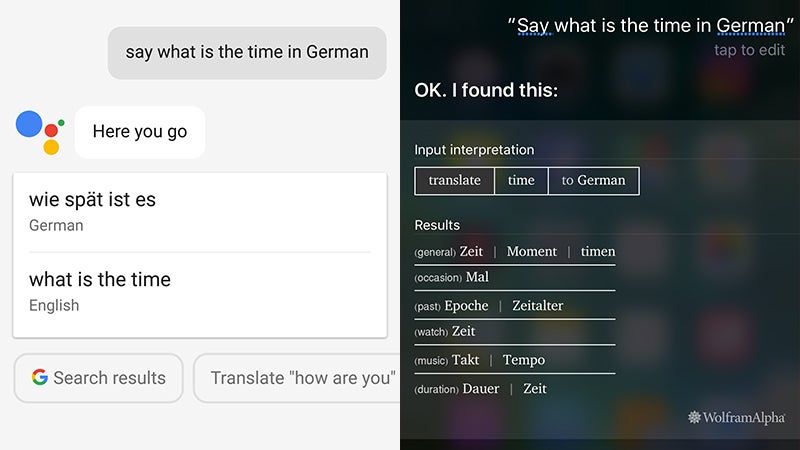 Google Assistant is just more loquacious than Siri full stop, but one area where this really comes in handy is with getting short phrases translated. Ask Google Assistant to say “how are you?” or “what’s the time?” in Spanish and you get the answers read back to you with authentic accents.

Siri simply searches Wolfram Alpha for a translation, so it doesn’t really work for phrases and you don’t get the added bonus of hearing the pronunciation. If you’re a long way from home and need to find a bathroom, then Google Assistant is far more helpful (provided you have a decent data plan).

5) Going beyond being an assistant 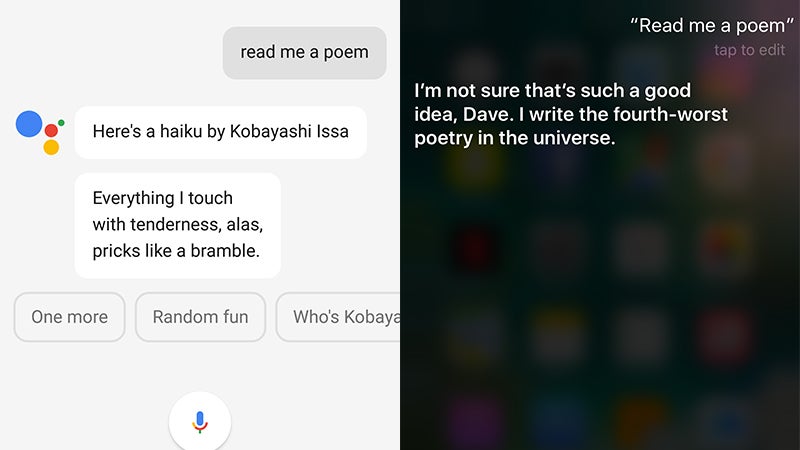 Google Assistant is much more than an assistant, despite the name: it will read you poetry, tell you a joke, or play a game with you. At the moment Siri can’t do any of those things, and returns a rather evasive response (though to give it credit, it will direct you to the App Store if you ask to play a game).

It’s perhaps a sign of Google’s ambition for its new Assistant app, as a whole new interface for the web and your phone rather than just an add-on. It’s also fair to say it’s still more rough around the edges than Siri is, but Apple’s got its work cut out if it wants to keep pace with what Google’s doing.