Alien Only Ever Needed One Sequel

No one argues that Alien and Aliens are the best films in the Alien franchise. It’s an objective, undisputed fact. After that, though, nothing is certain—is Alien 3 a good movie? How bad is Resurrection? Do the Alien vs. Predator movies count? Did you like Prometheus? The debates go on and on.

They’ll continue this week, too, with the release of Alien: Covenant. Reviews (except ours) have been mostly positive but almost universal in their claims that the film goes a bit too far in explaining the wonderful mystery of the vicious alien who first scared the crap out of us in 1979.

I believe that’s true, but I also believe we’d all be better off if things had never gotten this far. The Alien franchise should have stopped at Aliens. One original film, one sequel. Yes, Sigourney Weaver appeared in the next two; yes, Ridley Scott directed the last two. But those first two films represent the near-perfect marriage of original and sequel into a cohesive, amazing story. There was never a need to see what happened next. The only desire was to make more money.

I don’t need to break down why Ridley Scott’s 1979 original Alien is so good. Just watch it. Scott’s first foray into science fiction not only has a scary, increasingly fast pace, it also holds its thrills for when it needs it, has relatable characters, and cool effects. Everything works. 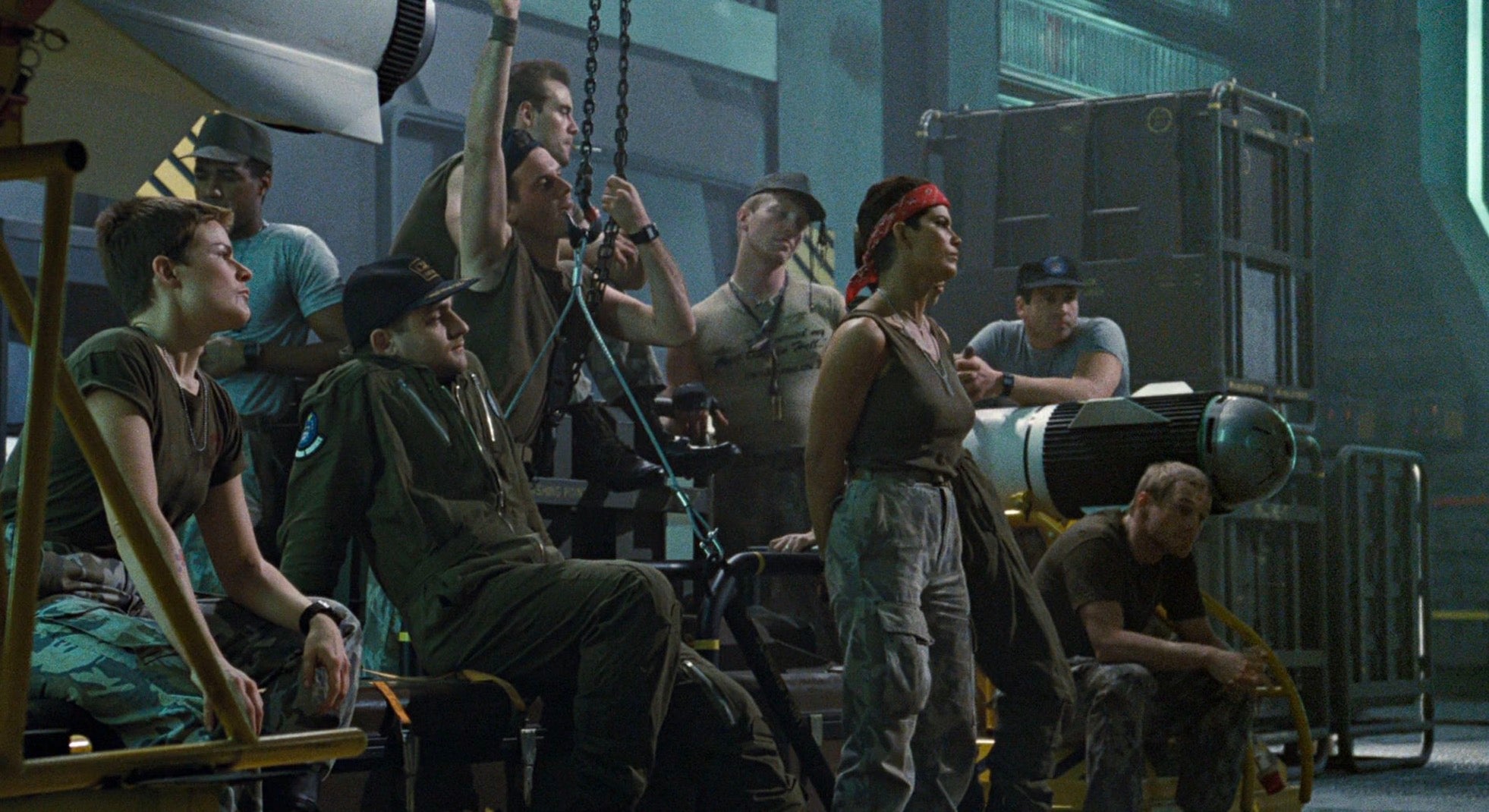 Gushing about James Cameron’s 1986 sequel Aliens is also kind of pointless. Again, just watch it. The humour, the scares, the action—it’s all there in beautiful harmony. What is worth talking about though is how, even though Aliens stands on its own incredibly well, it’s also the perfect sequel to Alien.

At the end of Alien, you have a lot of questions. What’s going to happen to Ripley? How will the company react when they find out about the killings? Where did this alien come from and, most importantly, are there more of them? First and foremost, Aliens answers all those questions, and it does so in satisfying, but not too obvious ways.

Once she’s rescued in Aliens, decades have passed for Ripley, adding a whole new dynamic to her character. The company doesn’t care about the deaths, they just want to know more about the creature. We never find out where the alien comes from but we do learn a more about them and that there are more, as Ripley and the Colonial Marines go to LV-426 to investigate.

Answering those questions from the first film changes and informs the story. This isn’t just nonsense exposition. Then the new story takes our main character out of her element, adds her to a great group of fresh characters, and throws a bunch more aliens at them. It’s both an escalation and continuation of everything that came before. If Ripley’s crew couldn’t defeat one alien, how will these people defeat aliens, plural? Unfortunately for them, they don’t, really. It’s a bloodbath. 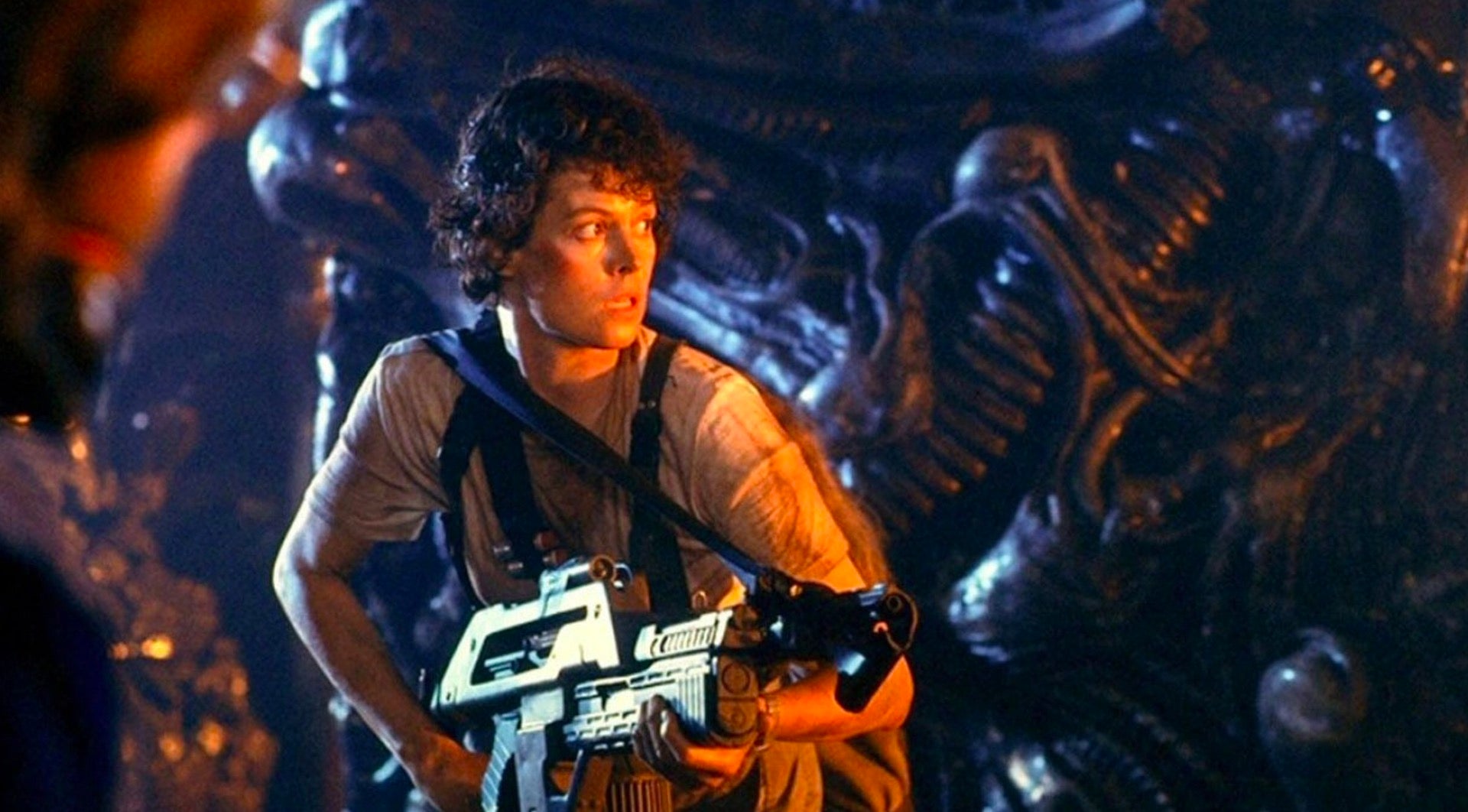 And all throughout, the focus of Aliens is totally on the story of Ripley, the Marines, and their attempts to survive. References to the first movie are sporadic at best because Cameron isn’t interested in setting up other films or giving more answers than needed. He wants this movie to be great, if not better than the first one. Whether he achieved the second part is debatable, but there’s no doubt it’s a stellar sequel.

Usually, the traditional criteria for a sequel is that it has to be bigger and Aliens is that in every way: there are more aliens, more action, a bigger climax, and bigger stakes. In Alien, the stakes are the survival of the characters, and it works. In Aliens though, it’s so much more than that. You realise if Ripley and the Marines somehow fail, Weyland-Yutani will just keep sending people until they can get their hands on the creature. And if that happens, everyone could die. Ripley isn’t only fighting for her life and the lives of everyone around her. She’s fighting for, potentially, the universe. Without us seeing the outside world, the outside world is up for grabs on this small planet.

The sequel also gives more answers about the aliens themselves, but not enough to strip away their horror or their mystery. We learn they come from a queen, she’s there, and she’s pissed. But where did the queen come from? Are there more queens? That’s insignificant. In the end, a few of our heroes survive and Ripley has defeated the ultimate boss, the alien queen, pretty much wiping out this line of creatures.

When Aliens ends, most questions we had about the first film have been answered and there aren’t many others left. We can assume Ripley, Newt, and Hicks survive, and hope they live the rest of their lives peacefully and without any more aliens. That’s the ending. Are there more aliens out there? Probably, but humans won’t see them. Ripley took care of that. The universe is safe. We don’t care where they come from because it doesn’t matter. They won’t be back.

That’s where it should have ended. Right there. One perfect movie followed by a bigger second movie that lives up to the original, expands on it, and brings everything together. But, of course, the Alien franchise doesn’t end there and things immediately get very bad. 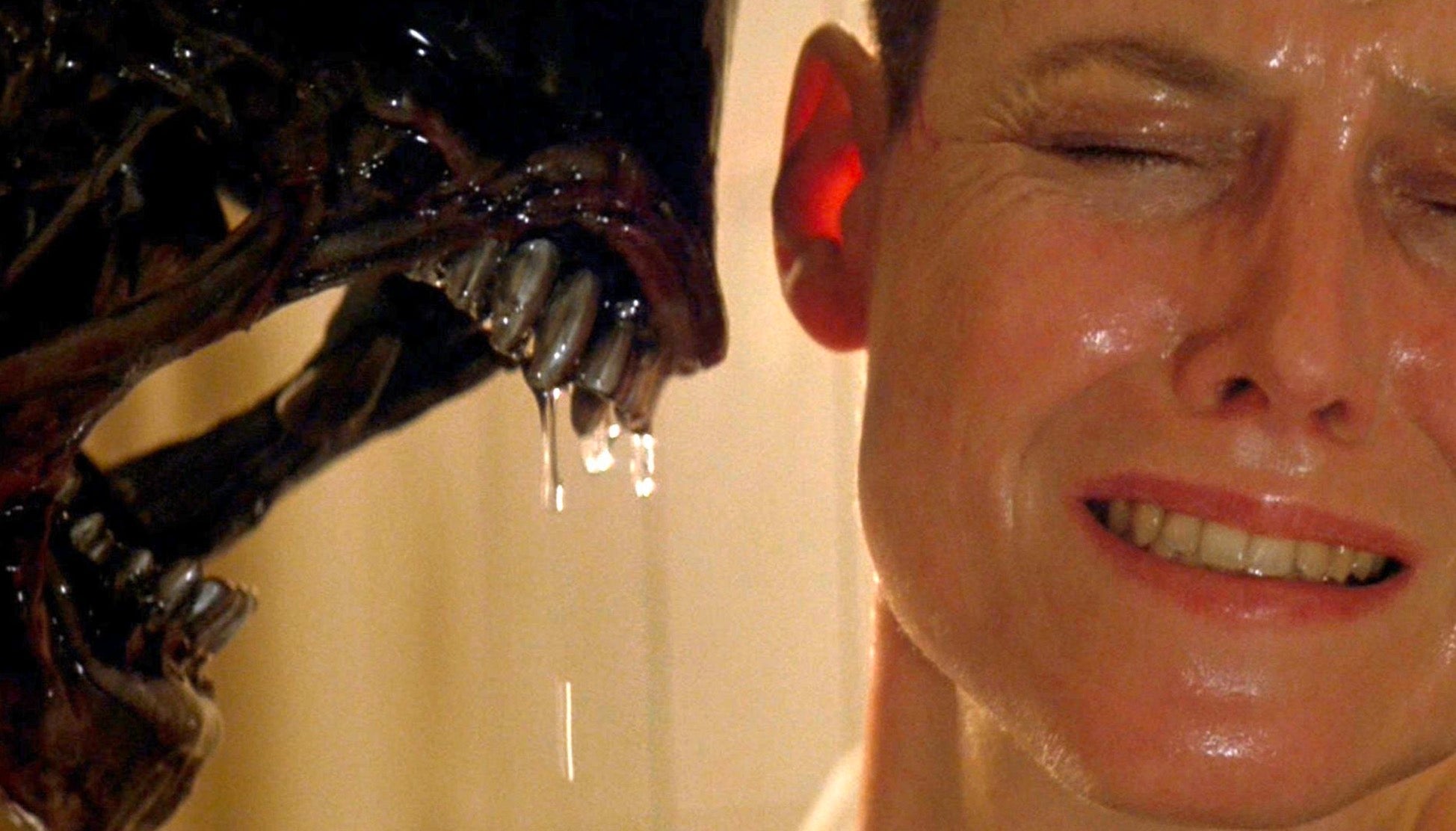 It’s right there in the opening credits of Alien 3 when both Newt and Hicks are killed unceremoniously. Any happy thoughts you had about that last film? Gone. Ripley is impregnated with a queen alien and has to kill herself, only to be resurrected in another film. They there are the Predators, the Engineers of Prometheus, and, finally with Covenant, the answer to the question we never actually wanted to be answered: Where do the aliens come from? It’s an answer that could have been simple enough to ignore, but instead could never be satisfying enough to surprise.

Say what you want about any of the Alien movies after 1986, but I think that’s where it ended. Maybe not in reality, but creatively. Alien and Aliens compliment each other as well as almost any two films you can imagine. They define what makes an Alien movie great. Too bad no other Alien film has managed the same.

This Alien: Covenant VR Experience Lets You Claw Your Way Out of Your Human Host

Turns Out King Arthur: Legend of the Sword Is a Lot Better Than Anyone Expected