Yesterday we got our first good look at The Gifted, Marvel and Fox’s new TV series about a family on the run from an anti-mutant government taskforce. And while a lot of what the show has in store is being kept under wraps, the trailer has a few hints about the state of mutant-kind in this new show, and none of them particularly hopeful.

The trailer opens with a young woman attacking a police officer, while a shadowy government officer tells her that she’s a “troubled young woman” and he’s there to help her... 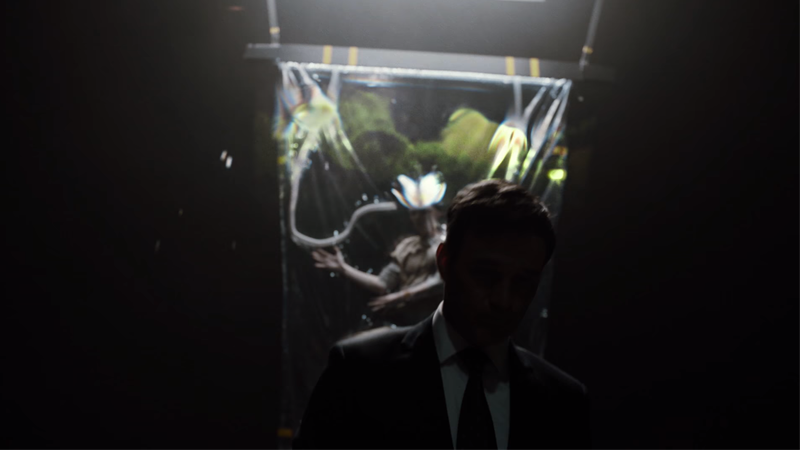 ...which cuts to a shot of said young woman, encased in a giant plastic bag and her hair removed for some kind of implant. Thanks to a recent Instagram post from Bryan Singer—who took a break from the X-Men movies to help bring The Gifted to life—we know this woman is actually Polaris (Emma Dumont), a longtime member of the wider X-Men team. Real name Lorna Dane, Polaris is actually a child of Magneto’s in the comics and shares his powers of magnetism, which we see a few times in this trailer as she moves cars around and stops bullets.

The trailer later reveals this suited man is actually Stephen Moyer, one of the main members of the cast, playing a character named Reed Strucker, a father of mutant children who has to go on the run to keep his family safe. So it seems like, before discovering his children were mutants, Reed’s job was hunting them down and imprisoning them. 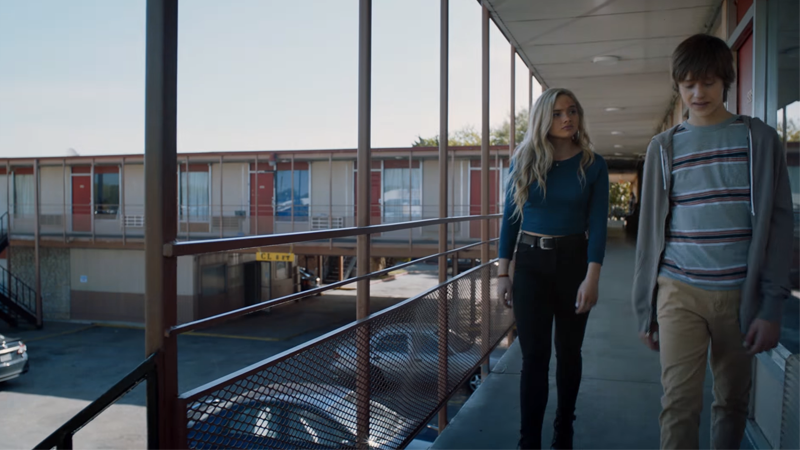 Speaking of those kids: Lauren (Natalie Alyn Lind) and Andy (Percy Hynes White) seem to be at some sort of motel, so this is presumably after they go on the run. Lauren explains her powers to her younger brother as being able to manipulate air molecules and other elements, and “push them together” at will. Offering to teach her brother how to use his as-yet-unrevealed powers, she demonstrates her own ability with the most superhuman of feats: knocking a pack of microwave popcorn out of a vending machine.

Reed and his wife Caitlin (Amy Acker) are brought into school to deal with an issue about Andy, who is being bulled by some unruly teens. Andy brushes it off, but it’s not until some shifty-looking agents show up at Caitlin’s door that we’re shown it was a bit more than just Andy being beaten up.

Reed is on the phone with Sean Teale’s character, discussing the “mutant incident” that involved his kids. Teale is playing a new mutant created specifically for the show named Marcos Diaz, codename Eclipse. We don’t really see it in this trailer, but Eclipse’s power is to manipulate photons. Every mutant manipulates stuff in this world, apparently. 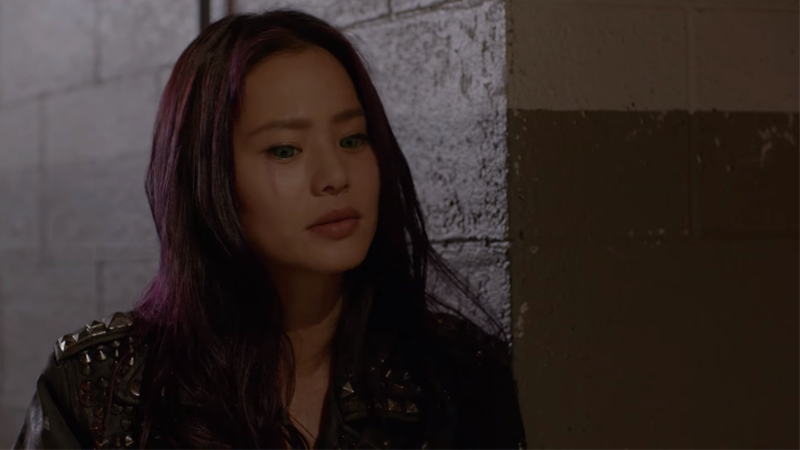 But we do get a quick glimpse of a more familiar mutant, and perhaps the only character in this trailer who actually looks like they’re out of a comic book: Blink (Jamie Cheung)! Renamed Clarice Fong for the show, Blink has the powers of teleportation, which is handy as she’s been described as being part of the underground mutant resistance the Struckers turn to.

Lauren uses her powers again to push some cars aside during a chase sequence. Meanwhile, everyone in the Strucker household is upset because of the whole “Oh my god we’re mutants and my dad helps put mutants in jail!” thing. 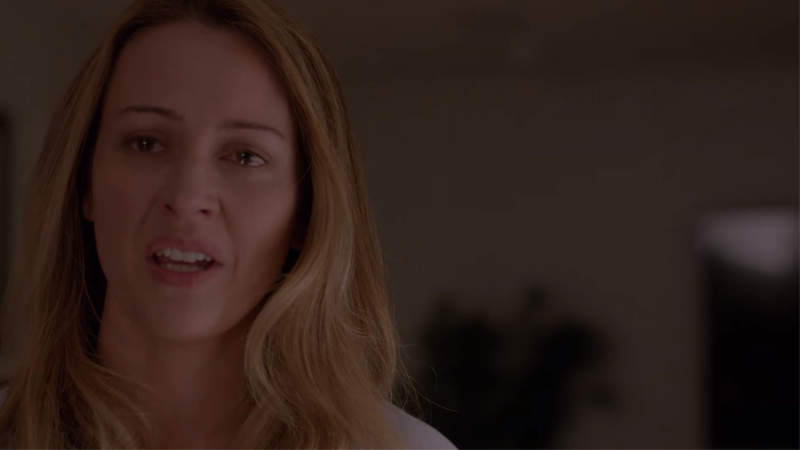 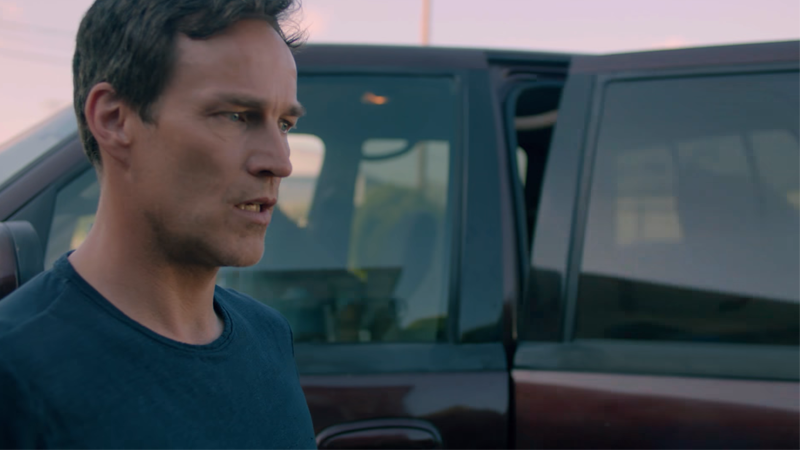 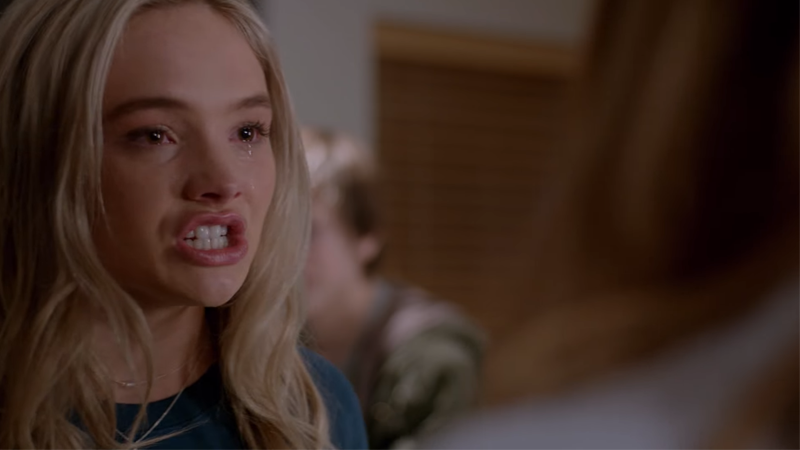 Reed declares his family is more important to him than his job, while Polaris goes on the attack. She still has hair here, so there are presumably two timelines in play during the trailer: a flashback to Polaris’ capture before she meets Reed that gives us some mutant action, and then the Strucker family going on the run after Lauren and Andy’s powers become public. 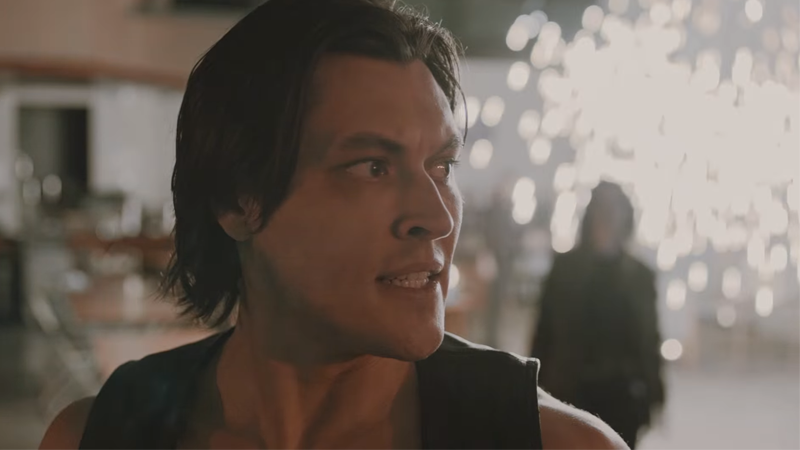 During this we also get a brief glimpse of Blair Redford’s character, known only as “Sam” when he was first cast. He’s believed to be very short-time X-Men member John Proudstar, a.k.a. Thunderbird (he died after two missions). 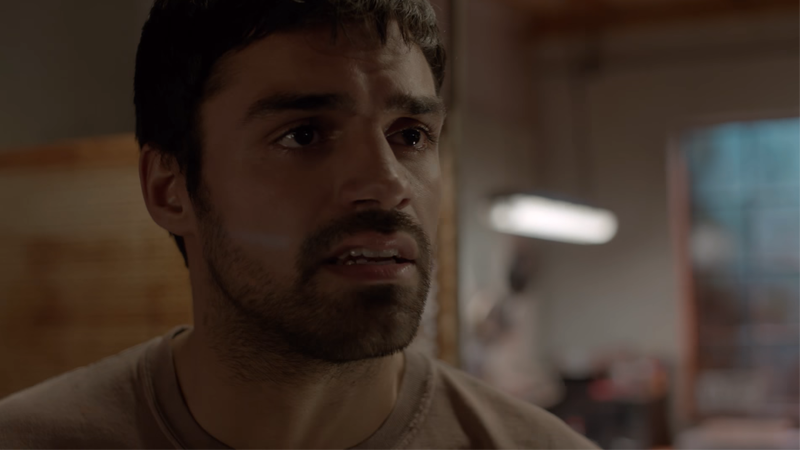 Eclipse comes in with the most intriguing line of the whole trailer: “The X-Men, the Brotherhood, we don’t even know if they exist anymore.” The Gifted’s relationship with the wider X-Men universe, be that the films or the comics, but showrunner Matt Nix has previously said that the show is designed to side-step some questions about where certain famous X-Men are during its timeline, while still being in the same world as them. The answer seems to be that, at some point in the past before the government decided to start detaining every mutant they could find, the X-Men and the Brotherhood of Mutants seemingly vanished off the face of the earth. Convenient, that. 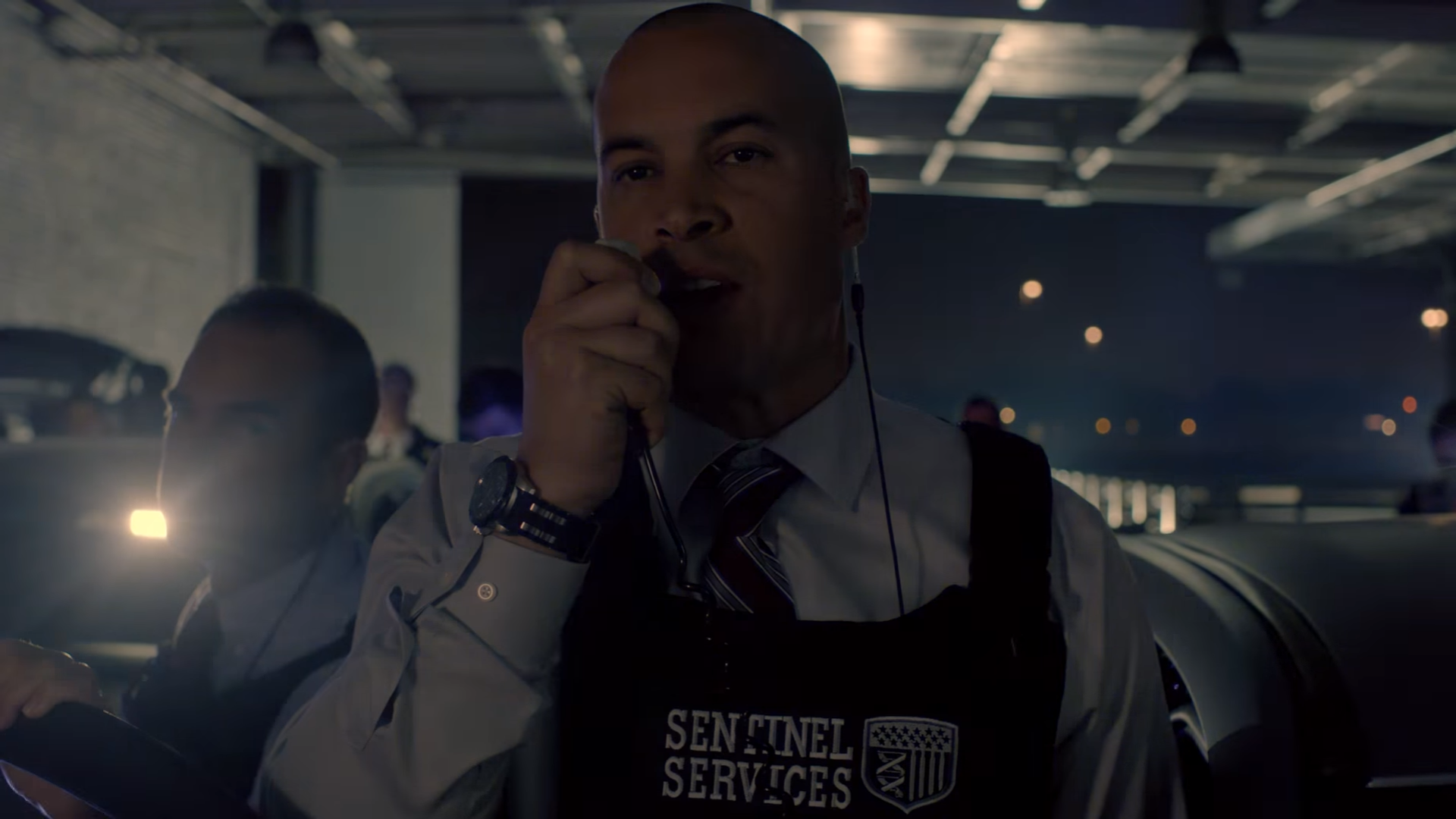 Our heroes are seemingly cornered by Jace Turner (Coby Bell), an agent tasked with hunting down mutants for the government that is presumably linked to Reed’s old job. Notice the company name on his vest though: “Sentinel Services.” In the comics, and movies, the Sentinels are of course giant towering robots deployed by a variety of groups designed to track, hunt down, and occasionally kill mutants. They’re a long-standing staple of the X-Men canon, and we’ve known for a while that they would be showing up in The Gifted, “though very different from what we’ve seen before” according to producer Lauren Shuler Donner...

And what we see is definitely very different from what you’d expect when you hear “Sentinel.” It looks like the show’s sentinels will be spindly, robot drones that can both skitter around like spiders or even roll towards their victims before latching on to them... or at least attempt to, before Eclipse blasts one away.

The rest of the trailer goes by very quickly, as we cut between what appears to be two different mutant vs. government showdowns: the Struckers with Eclipse and Blink running away from the Sentinels, and Polaris and maybe-Thunderbird in a shootout with the police.

It’s made to look like this is all part of one larger sequence, but considering it seems like Polaris is captured before the Struckers go on the run, they’re presumably two separate incidents. At least we get to see two fun moments of mutant power action—Blink opening a teleportation window: 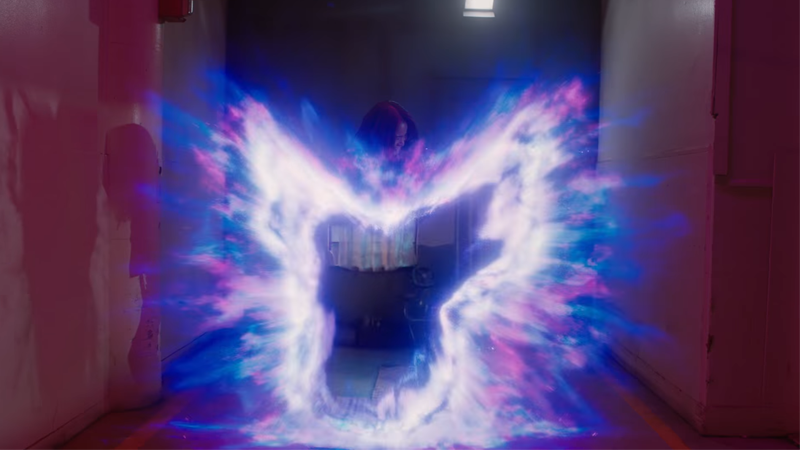 And Andy controlling his powers to rip a group of Sentinels apart:

One name drop of the title later from Caitlin (“This is a burden, yes, but it’s also a gift!”), and we get one final moment between Eclipse and Reed, with the mutant asking Reed about what information he has about Polaris, flashing back to her capture.

Both Eclipse and Redford’s character were also there, so there’s definitely two separate scenes at play in the last segment of the trailer. And probably some tension on the horizon, as presumably Eclipse doesn’t know Reed played a part in her capture.

While our first look at The Gifted doesn’t really tell us much more than what we’ve known ever since the series was first unveiled, it paints a pretty grim picture for mutant-kind going into the show. No X-Men, not even a Brotherhood, and shadowy government forces hunting them down. Seems like the Strucker family and their new mutant friends will have a lot to deal with all by themselves when The Gifted debuts in the US this Autumn. A UK broadcaster has yet to be confirmed.