Everything You Need to Know About the Inhumans, Marvel's Latest TV Stars

So we finally have our first look at the Inhumans, the stars of Marvel and ABC’s new limited TV series that finally brings Stan Lee and Jack Kirby’s outlandish superteam to live-action after years of groundwork being laid by Agents of SHIELD. Don’t know your Terrigenesis from your Tritons? We’re here to help. 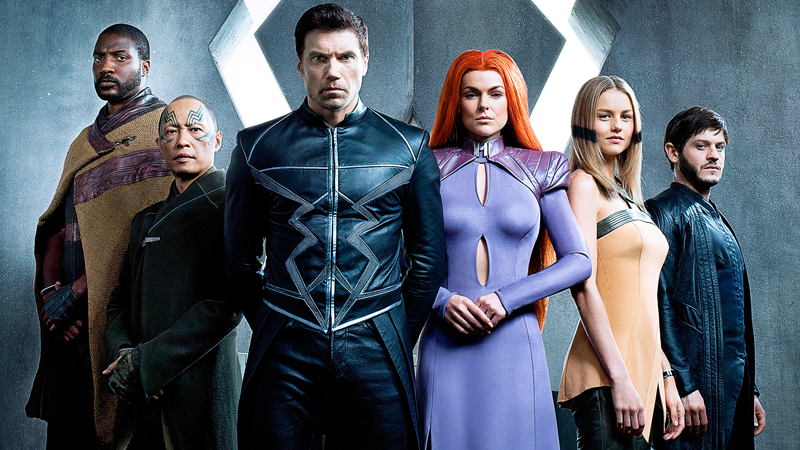 The Inhumans are an entire race of people—beings with special DNA that descended from ancient humans who were genetically manipulated and experimented on by an alien race called the Kree. The genes themselves lay dormant until the host is exposed to a gas called the Terrigen Mist. The mist doesn’t do anything to humans without the genes, but ones that have it are cocooned and undergo a process called Terrigenesis, mutating them into Inhumans. That usually means they get a superpower of some kind, but it can also be a physical mutation, either way transforming them into something extraordinary.

But the Inhumans the comics have focused on since their first appearances in 1965—and who the show will focus on too—make up the Royal Family, the rulers of the Inhuman people and also on-again-off again superhero team. Here’s a brief guide to the main cast revealed by Marvel last week, from left to right in the image above:

They Have an Awesome Teleporting Dog 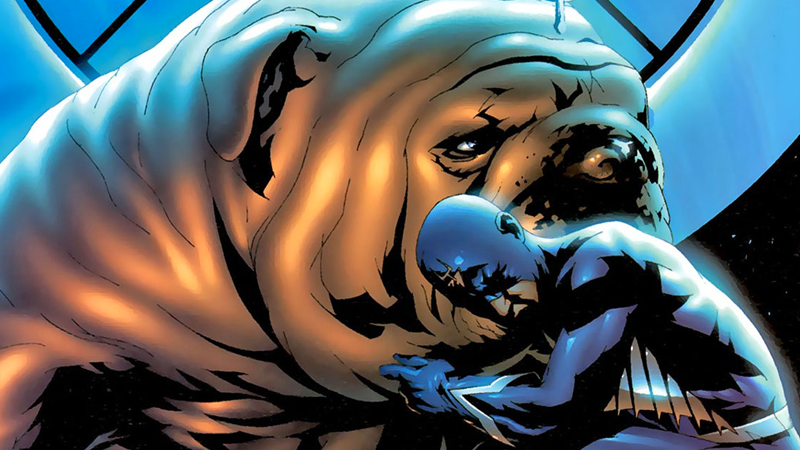 There are a few more members of the show’s cast we’ve not seen yet—Karnak’s fishy brother Triton; Auran, the head of the Royal Guard,;and a new character made just for the show played by Ellen Woglam—but screw all those guys, because the real star of Inhumans is going to be Lockjaw, the family’s gigantic, slobbering pet/teleportation device.

Constant loyal escort to the royal family, Lockjaw is a giant bulldog-like creature that behaves just like a giant bulldog, but he’s got a tuning fork stuck in his head and has the ability to teleport himself and nearby people anywhere, and thus the family’s preferred mode of transport. He’s adorable, and honestly one of the most important things in the show is going to be seeing how it handles his appearance.

They Live in Attilan, a City on the Move 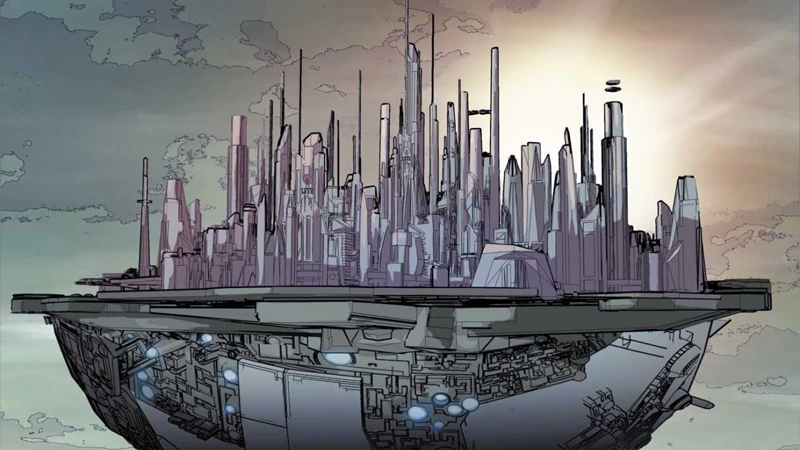 While Inhumans exist all over the world, Inhuman society is based in Attilan, the highly technologically advanced city the Royal Family rules from. It’s a largely closed society, speaking to the Inhumans’ often isolationist approach to things, but the main thing you need to know about Attilan is that... well, it moves. Literally.

The city was first based on an island in the north Atlantic ocean, but has been everywhere from above the Andes and the Himalayas, to near the Kree homeworld or in the “Blue area of the Moon,” an artificial environment made by the Skrulls thousands of years in the past as a testing and monitoring site for the Kree to conduct experiments on Earth from (in one of the vary rare occasions the two alien races were getting along). Attilan itself was actually destroyed a few years ago, but the remnants of it were used to build the Inhuman’s current home, New Attilan, which currently floats above the Hudson river in the comics.

While we might not see the city move in the TV show, we know it’ll play a part in the series—but perhaps only a slight one. The official synopsis for the series indicates that the Royal Family will be ousted from Attilan through a military coup (presumably lead by Maximus) that sees them flee to Hawaii, of all places. So seeing the city move is already unlikely, seeing much of it altogether might be just as uncertain. 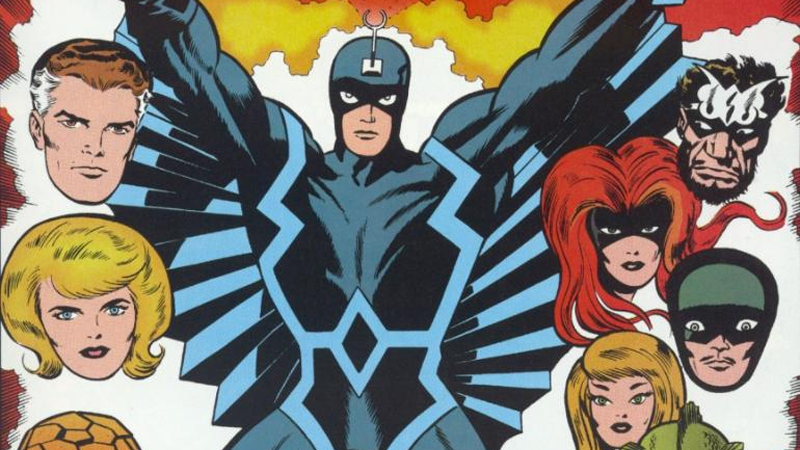 So if you couldn’t tell already between the power-granting mists, the incest, the big teleporting dog-monster, or the floating city-state, the Inhumans are really, really weird. They’re perhaps one of Lee and Kirby’s most outlandish creations during their time at Marvel, and for a very long time, that freakiness actually relegated the characters to Marvel’s C-List, where they would make only the most sporadic of appearances in the comics. Their bizarre powers and general weirdness also makes it slightly disconcerting that Inhumans showrunner Scott Buck has stated he plans to make the royal family’s superpowers feel “grounded and realistic,” which could indicate that the series is somewhat apprehensive to fully embrace the weirdness of the comics.

These days, the Inhumans are major players in the comics, thanks to a concerted push by Marvel to make them big news for readers. The reason for that pretty much lies on the path that led us to this TV show in the first place... 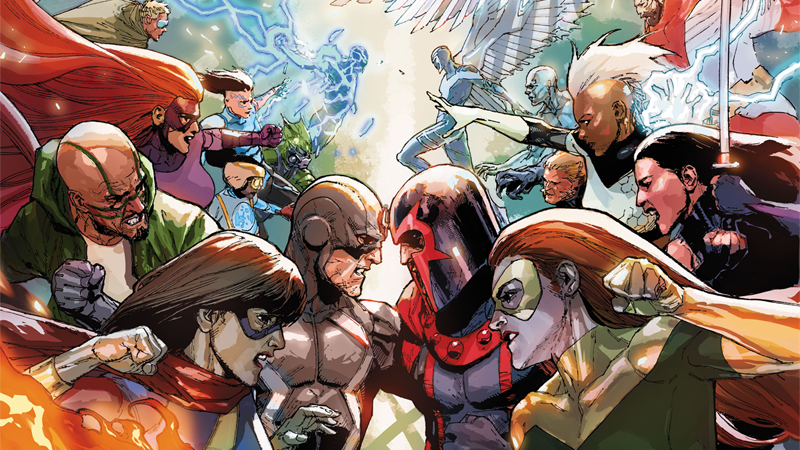 The Inhumans have a lot in common with Mutants in the Marvel universe, both in terms of how their powers develop (although the Mutants don’t require outside stimuli like the Inhumans do), the way human society treats them, and the elements of prejudice they feel as a group of outsider minorities.

Marvel relied on that three years ago when, after years of being at loggerheads with 20th Century Fox over the movie rights to the X-Men, Marvel Studios officially announced they would make an Inhumans movie. That announcement, driven by the inability to have the X-Men—some of Marvel’s most iconic and popular heroes—in their own films lead to a major push in the comics that saw the Inhumans surge to the forefront of plotlines, while the X-Men themselves declined in prominence (although that’s changed again recently, with this year’s awfully-titled “Resurrxion” lineup boosting the X-Men back into the spotlight again). This push even spread to Marvel Studios’ TV efforts through Agents of SHIELD, which, since its second season, has made the Inhumans a major part of its storytelling in the Marvel Cinematic Universe.

Although now it seems like the Inhumans movie might not be happening in lieu of this new limited TV series, the announcement’s ramifications on screen and in the comics is still being felt today.

Don’t Expect to See Them on Agents of SHIELD... Yet 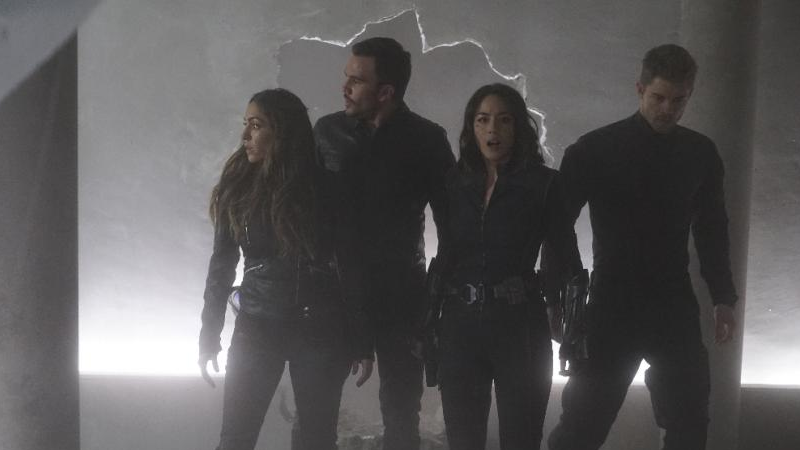 Despite all the work Agents of SHIELD has done in recent years proliferating the Inhumans in the MCU (they even revealed that one of the show’s main cast members, Skye née Daisy Johnson, is an Inhuman) and exposing the concepts behind them—like Terrigenesis—to audiences, and even though Inhumans will air on ABC later this year, don’t go expecting a SHIELD/Inhumans crossover just yet. When asked by the potential for one during the show’s cast reveal last week, showrunner Scott Buck flatly said no:

Does Inhumans live in the same universe as Marvel’s Agents of S.H.I.E.L.D., considering on Earth there was this explosion of Inhumans?

We all inhabit the same universe, so things that have happened on S.H.I.E.L.D. will potentially affect our show as well.

Have you thought about crossover at all?

Not at this point. [Laughs] We’re just trying to get this launched.

They Might Be the Key to Bringing Ms. Marvel to the MCU 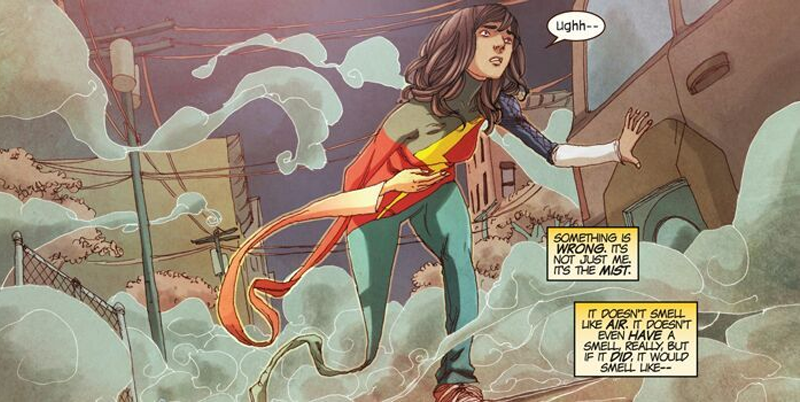 Although for many comics fans feelings are mixed over the Inhumans’ forced push to prominence in the comics, some hope that the arrival of the Inhumans in the TV/movie universe could lay the groundwork for another beloved comics hero to jump to live-action: Kamala Khan, one of the most popular Inhumans around in the current comics, better known as Ms. Marvel.

Since her debut back in 2013, Kamala has become one of Marvel’s most popular new creations in years, and arguably much a banner representative character for the Inhumans as the Royal Family, despite the fact they’ve been around for decades longer. The success of her comic has seen a lot of demand for Kamala to join the MCU, but now that the Inhumans are finally making a splash this year, and with Carol Danvers’ Captain Marvel—who plays a significant role in Kamala’s origins for taking on Carol’s former Ms. Marvel mantle—getting her movie on the way in a few years, fans see now as the time for Kamala to join the annals of Marvel’s live-action heroes.

An Animated Deadpool Series is on the Way

Guardians of the Galaxy Vol. 2 and The Empire Strikes Back Has Quite a Lot in Common

Kevin Feige Thinks That Eventually, Marvel TV and Movies Will Cross Over