Entertainment Weekly has a bunch of new Game of Thrones photos. And while a number of them are just sort of fun behind-the-scenes shots, two of them have pretty big implications.

You can see the rest here, but we’re just going to focus on the ones that are most interesting.

The first important photo is the one up top, which shows that not only will Daenerys (Emilia Clarke) and her army make landfall, there’s a battle to be fought. The other interesting thing is that, with everything obscured by smoke and fire, it’s actually very hard to determine where this is taking place. So feel free to make your best guesses, although I’d hazard this is early on in the season, or HBO wouldn’t release it.

The other image that warrants scrutiny is this one: 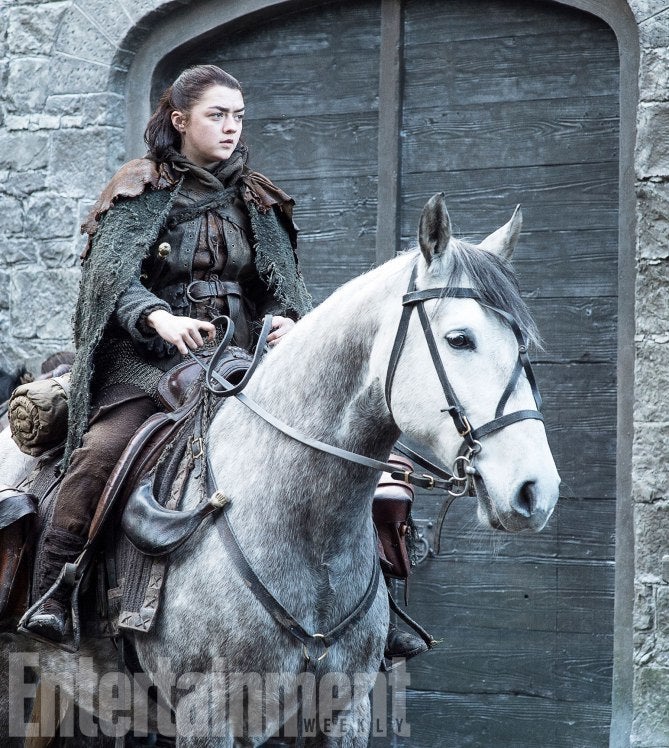 Is it just us or is the background here distinctly Winterfell-y? Arya being northward bound is likewise not a huge surprise, but that background seems to confirm that she actually makes it this time. We’re well outside the books at this point, so all Game of Thrones fans—books only, TV only, both—are pretty much on equal ground when it comes to making guesses.

Everything You Need to Know About the Inhumans, Marvel's Latest TV Stars

Torchwood Is Getting a Fifth Series, But Only in Audio Form