This week, Disney opens their first Marvel Studios theme park ride in the United States, called Guardians of the Galaxy—Mission: Breakout! Though it features many, many elements from the Marvel Cinematic Universe, don’t let that fool you: the ride is in a world all its own... and it’s only the beginning.

“It is distinctly meant to be its own universe,” said Joe Rohde, a creative executive at Walt Disney Imagineering, who helped create the ride. “The universe will grow and expand and there are elements in there that will link to a dimensional universe. We really tried to not simply reflect on an existing narrative but to extend narrative and expand it.”

The ride, which opens permanently on May 27th at Disney’s California Adventure, takes place in The Collector’s Fortress (which is a complete redesign of the Twilight Zone Tower of Terror). Inside, the Collector (Benicio del Toro) has captured the Guardians of the Galaxy and it’s up to the riders to help Rocket Raccoon break them out, hence “Mission Breakout.” 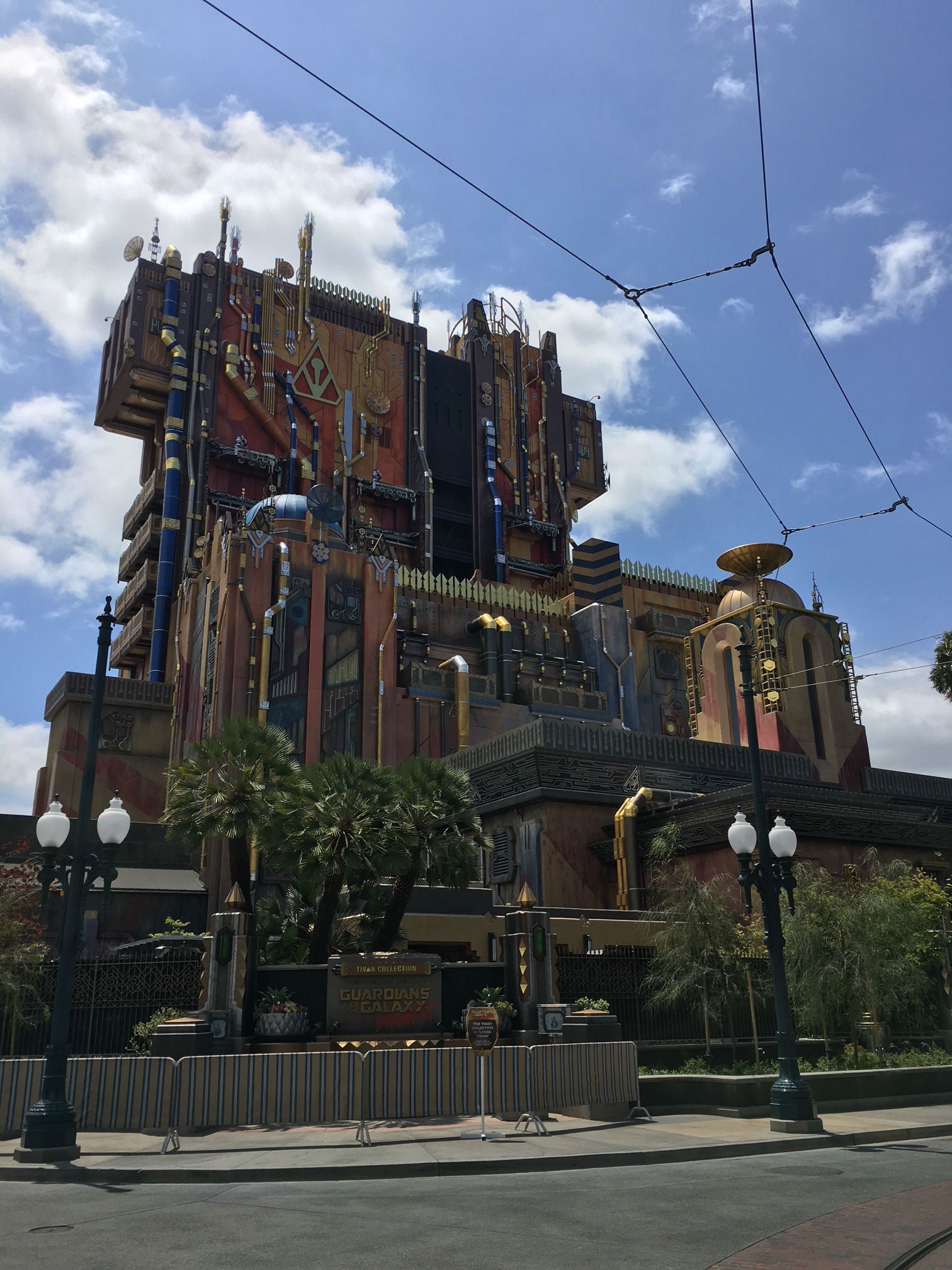 “It’s a whole new story,” added Dave Bushore, VP of franchise creative and marketing at Marvel Studios. “The idea that you have the Collector and you have all these other characters that showed up in Vol. 1 and Vol. 2 and other portions of other films, and other things that go on across the Marvel Universe, it’s a whole story unto itself.

If you’re a person who pays intense attention to the movies, there are several conflicting details in the ride that alert you this isn’t 100% in the MCU. Groot is a baby, yet Mantis is already part of the group. They still fly the Milano and Peter still has his Walkman, and there are cameos in the background contradict cameos in Guardians of the Galaxy Vol. 2.

The reason for those changes is this is just the start of Marvel invading to Disney theme parks. The Iron Man Experience in Hong Kong was the first one, Mission: Breakout! in Anaheim is the second, and more rides will be coming to those and maybe other parks, though nothing has been officially announced. (Rumour has it Mission: Breakout! could eventually end up being the entrance to a large, Marvel-centric area). It’s like Disney is building a whole secondary Marvel Universe that we as fans can live in.

“What’s cool about this is the idea you can take all the fun stuff going on across the universe from all the different lines of business—the films, everything—and link it to [the rides] in a cool new way and a wholly new experience,” said Bushore. 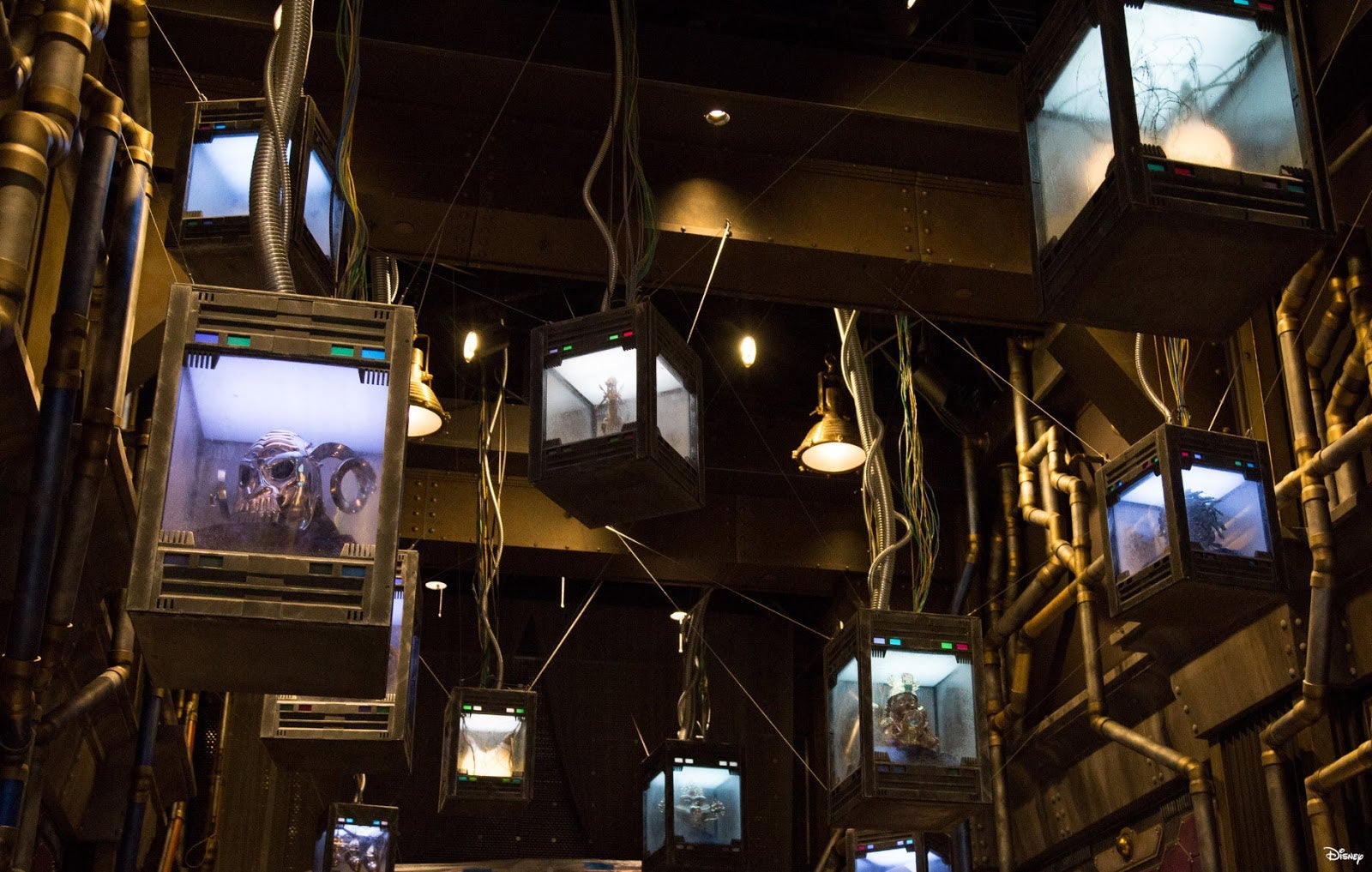 That begins in the lobby of the fortress, which is filled with dozens of pieces of the Collector’s collection, many of which are familiar (dark elf armour, Cosmo the dog, etc. ) but others which seem to hint at the future. Plus, those props will change and move as more is revealed both in the Marvel Cinematic Universe and in the Disney Park themselves.

Rohde confirmed this ride already has some easter eggs linking it to the Hong Kong Iron Man ride, while trinkets like Warlock’s Eye—first seen in Odin’s treasure room in the first Thor film—certainly seem to wink, pun intended, at the future of the movies too. 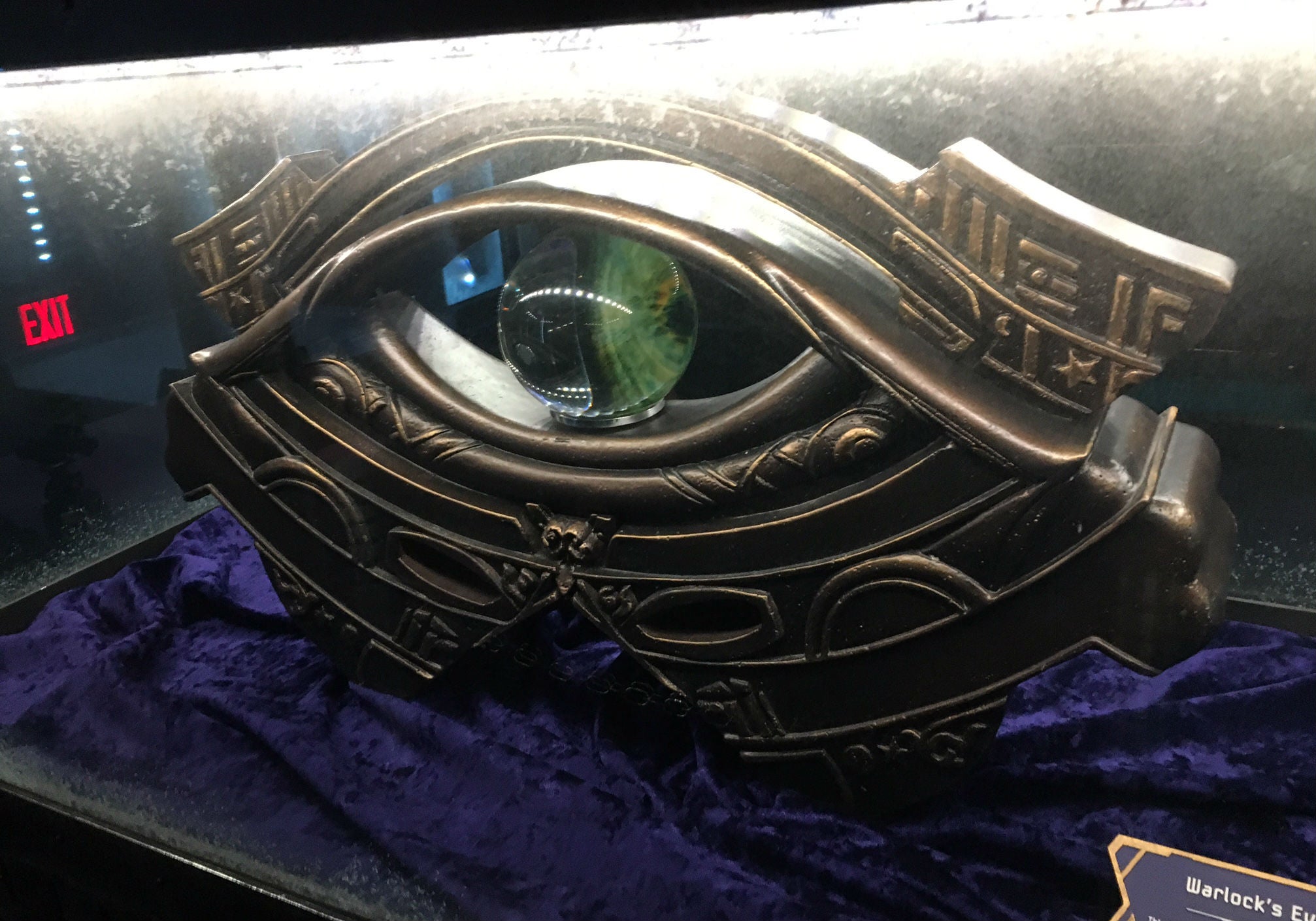 Even if the rides don’t 100% line up with the movies story-wise, they still line up with them tonally. This is why Guardians writer/director James Gunn played a huge role in developing the ride.

“In order to really believe they are the Guardians, you really do have to have the same directorial attitude about body movement, vocal performance, everything. That’s hard to substitute,” said Rohde. “It’s almost like an artist’s hand in a painting. You’ve got to have these people in there so that it really has that hand. So the action you see, the performance you see, all of that goes back to Gunn and his way of working with the cast to get the Guardians to be the Guardians.”

You’ll get to see a lot of the Guardians, too. Mission: Breakout! tells a single, cohesive story from once you get in line all the way through the gift shop. You’ll hear unique audio outside. Inside the lobby, you’ll watch a video setting up the story and marvel at all the crazy details and props everywhere. In a second room, Rocket Raccoon will explain what you have to do to help him out and then, you get in your elevator. There are six different ride experiences that occur at random, each with a unique song, lift mechanic, and video component, all of which feature the Guardians escaping the fortress. 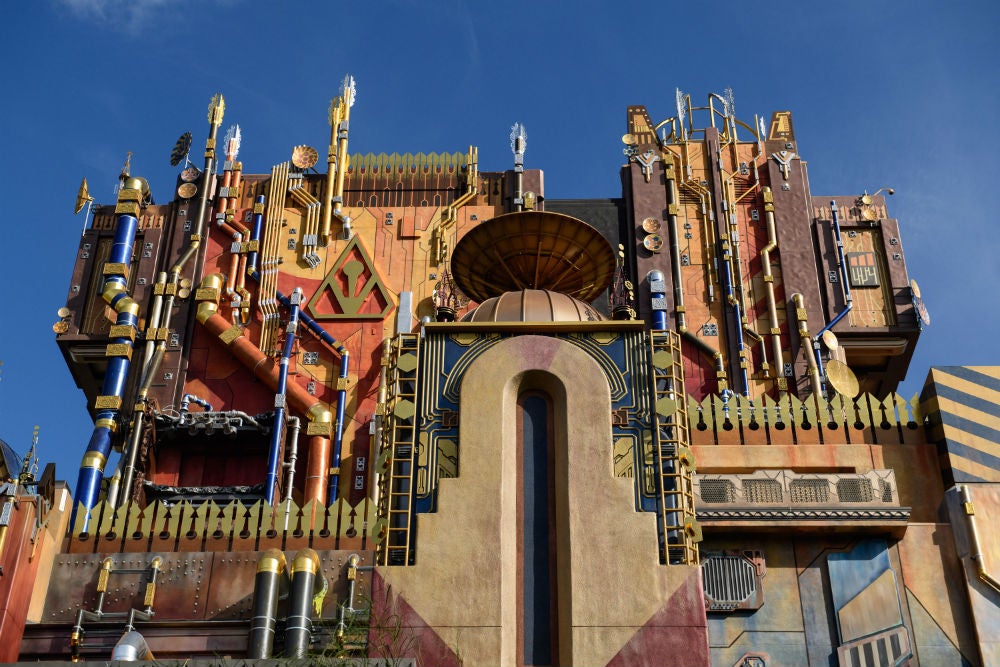 There’s a reason why the Guardian were chosen to usher in the new Marvel theme park instead of other more traditional Marvel superheroes.

“There’s something about Guardians of the Galaxy,” said Rohde. “There’s an energy to it. There’s an irreverence to it. It’s really useful because it just comes out of nowhere. Some of those hero brands have a different vibe about them. This is something that can come out of nowhere and basically install itself with an atmosphere of fun.”

Guardians of the Galaxy- Mission: Breakout! opens May 27 along with the Summer of Heroes at Disney’s Califorina Adventure, along with other Marvel items of interest. Read more about all of that here.

The Venom Film Has Chosen Its Star/Symbiote Host: Tom Hardy

There Are No Plans in Place, But Kevin Feige Would Love the X-Men to Meet the Avengers

Check Out Nathan Fillion's Meta Tony Stark Cameo That Was Cut From Guardians of the Galaxy Vol. 2