Colin Trevorrow Had The Last Jedi Team Shoot Something for Episode IX, But What?

So did Rian Johnson shoot footage that will be used in Episode IX? Or will we see an Episode IX tease in The Last Jedi? Right now, we can only guess. Movies should almost never be made assuming there’s a sequel coming—but in the rare cases where they are, communication between the filmmakers can be a major plus.

Speaking to MTV’s Happy Sad Confused podcast, Star Wars Episode IX co-writer and director Colin Trevorrow said that, in the same way that Rian Johnson asked J.J. Abrams for a small change in the preceding movie, Trevorrow had an Episode IX-related request for Johnson during filming of Episode VIII.

There was one little thing. It wasn’t an adjustment, it was just “Could you shoot this one extra thing while you’re in this place on this day?” And he did, which was great.

This is clearly an example of how having filmmakers develop and make sequels to each others’ movies all at once can be very rewarding. And it’s also purposely vague. Trevorrow continued.

It’s part of the collaborative process that exists – everyone is in communication. There’s such a genuine want to get this right from everybody, and I think that one of the misconceptions is that there’s some kind of great corporate overlord that is dictating this story to everybody, and that’s what it’s going to be because that’s going to sell the most toys. The reality of it is that it’s a small group of people, but it’s actually, y’know, kind of large when you think about it – and none of them are corporate, all of them are creatives and all of them are genuinely, very sincerely, wanting to do the work of their lives in order to realise this. 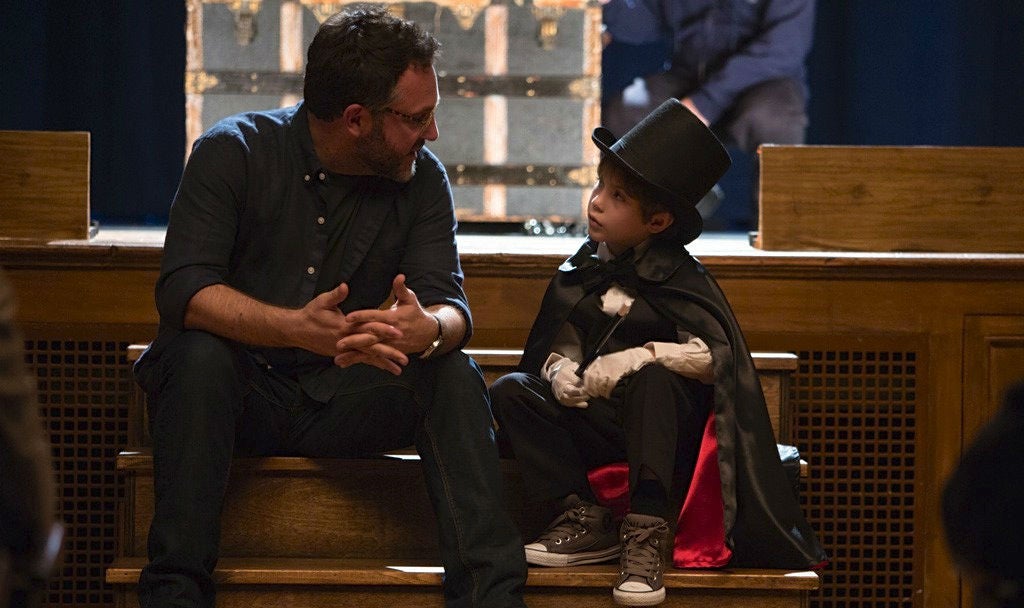 Stories like this one stand in opposition to much of the buzz around Trevorrow over the past few days. His latest movie, The Book of Henry, was released this weekend to crushing reviews, disappointing box office, and many articles asking if there was a way he could be removed from Episode IX.

The answer to that question is yes. Anything is possible. However, the Lucasfilm and Disney executives who hired Trevorrow saw The Book of Henry before making that decision. They knew what that movie was. And stories like this one just illustrate he’s been working alongside the Star Wars team, and on Episode IX, for a while now. I’d be shocked if anyone but Trevorrow told the last chapter of the sequel trilogy.

The Last Jedi will be out December 15, while Star Wars Episode IX will be released May 24th, 2019. Filming for the latter is expected to start early next year.[MTV via SWNN]

The Han Solo Movie Might Just be Called 'Solo'