Part of what makes Spider-Man Spider-Man is his ingenuity. His ability to make things on his own and be an independent superhero. Which is why some fans were concerned when trailers for Spider-Man Homecoming made it seem like Tony Stark did most of the work for him.

So did the filmmakers and star of the film consider how Tony Stark’s role would change the core of the Spider-Man character?

“That was definitely a concern,” co-writer and director Jon Watts told me. “But I felt okay with it because we don’t show that he’s not good at stuff.”

It’s true. Throughout the movie, we see Peter (played by Tom Holland) and his friend Ned (Jacob Batalon) building things. Tinkering things. Being super smart. Plus, the fact Peter Parker was Spider-Man before meeting Tony Stark is key.

But in the movie, Stark is more than the maker of the suit. He’s an unwilling mentor to Peter and the directors and producers felt that relationship was not just one of the core reasons for making the movie, it had to be handled very carefully to keep Peter’s personality intact. 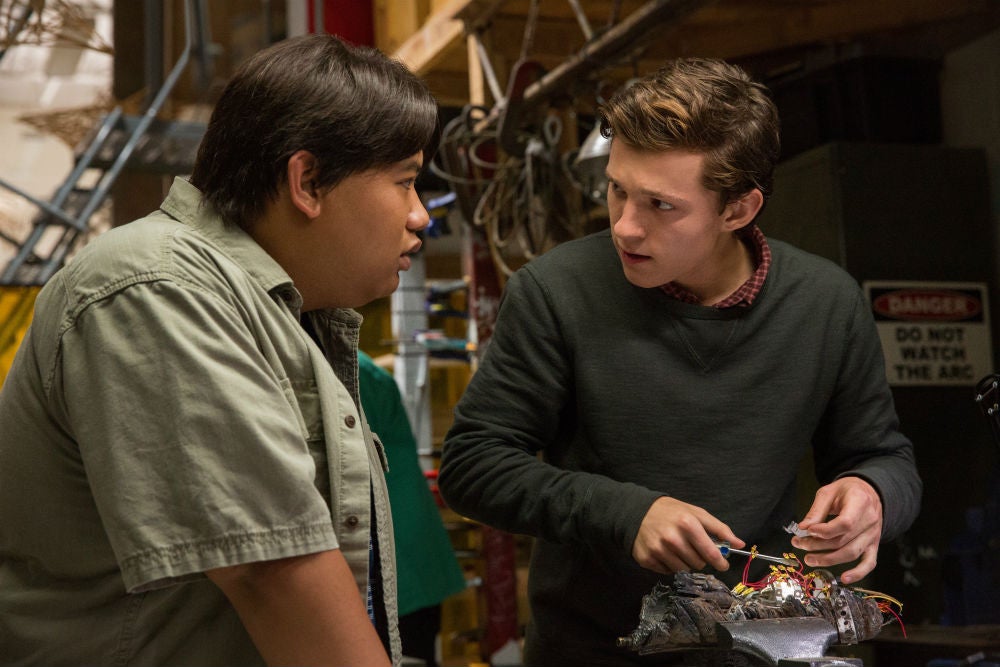 “The Russo Brothers set up this relationship just so elegantly in Civil War,” said Watts. “So, for me, it was about examining the fallout of that. Because when you look at what they did in that movie, Tony Stark plucks this 15-year-old kid out of obscurity, takes him on this insane adventure in Germany, doing something that’s potentially very questionable, and then we see him just dropped off in his bedroom in Queens. So the question is, ‘Now what?’ That lays the ground work for a lot of interesting questions like ‘How much did Tony really think this through? What did Peter think now about his relationship with Tony? Is Tony ready for this kind of responsibility? To me that movie raised so many fun and interesting questions that I used that as the spring board into this story.”

The mentor relationship between Tony and Peter was also at the core of the pitch Marvel Studios president Kevin Feige gave producer Amy Pascal to sell her on the idea of teaming up with Marvel. But Feige knew, that couldn’t be the main focus.

“Certainly fans of the comics know there have been many incarnations of Spider-Man’s outfit,” Feige said. “And suddenly we had a built in way of suggesting how does a high school kid have this amazing costume? And yes, of course, always saying he doesn’t need all those bells and whistles which is why, a lot of those bells and whistles, as you see in the film, get in the way as much as they help.”

“Basically [Peter figuring out his relationship with Tony] is what the whole entire movie is about,” Pascal added. “Like all of us, it’s about wanting to be someone that you’re not and then getting stuck with yourself.”

Interestingly, while Tony was the obvious choice, especially after the events of Civil War, Watts created images of Nick Fury as the mentor in the story in early “mood reels” before getting the job. “I don’t know what the situation would be,” he said. “But that would be a person he’d want to get in trouble with.”

And as important as the Stark Spider-suit is, Watts doesn’t think it’s the end all be all.

“I’d love to see more of what Peter can do when it’s all his technology,” he said. “It would be cool to see him hack the Stark suit and do some other things with it. We see him messing with the protocols [in this movie] but what if he disassembles it and builds his own thing? That could be really cool.”

Which feels very much like something Peter Parker would do.