Predator Is Brilliant Because It's Rambo, But With an Alien

As Hollywood legend tells it, 1987's Predator—which turns 30 today—was directly inspired by the Rocky series. But the Arnold Schwarzenegger classic even more closely resembles Sylvester Stallone’s other big 1980s franchise, Rambo, specifically 1985's First Blood Part II. The major difference is that Predator improves upon the formula by adding a cunning, killer alien to the mix.

Many of the parallels between Predator and Rambo are obvious: elite military dude with insanely oversized muscles is hand-picked for a dangerous, hush-hush jungle quest. His superiors lie to him about the true nature of the mission, but once he gets in deep, he commits outrageous acts of daring, bravery, and copious amounts of violence to take down his foe. (Both films also have a “native” female character, though in Rambo, there’s a tragic near-romance, while in Predator, the woman actually survives.) 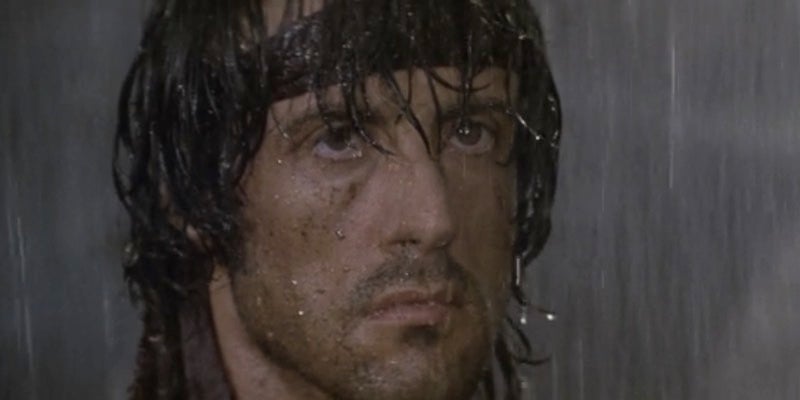 They’re practically the same film... until you factor in all the things about Predator that make it not just an action film, but a science fiction crowd-pleaser for three decades. While Rambo is a mostly humourless one-man quest (at least, there’s not a lot of intentional humour), Predator has the benefit of a shit-talking ensemble cast—well, while they’re still alive—and a script that doesn’t take itself too seriously.

Best of all, though, is Predator’s villain. While Rambo is tasked with fighting Soviet and Vietnamese soldiers, as well as a government that doesn’t share his outlook on patriotism, Schwarzenegger’s Dutch has a way more complicated opponent. Sure, he has to nail some commie bastards along the way; it’s 1987, after all. But he taps into his true heart of darkness by battling an alien who has come to Earth to test its own warrior prowess. It doesn’t want to invade. It doesn’t want to abduct anyone (at least, not until 2010's Predators). It just wants to brawl with the most kick-ass dude on the entire planet, so it travels to the gnarliest war-torn terrain it can find and lurks around waiting for someone exactly like Dutch to cross its path. It has weapons and gadgets and invisibility capabilities bolstered by its extraterrestrial technology, but it also knows there’s a time to rip off the mask (inspiring the not-incorrect insult “You are one ugly motherfucker!”) and engage in hand-to-hand combat with its specifically chosen opponent. 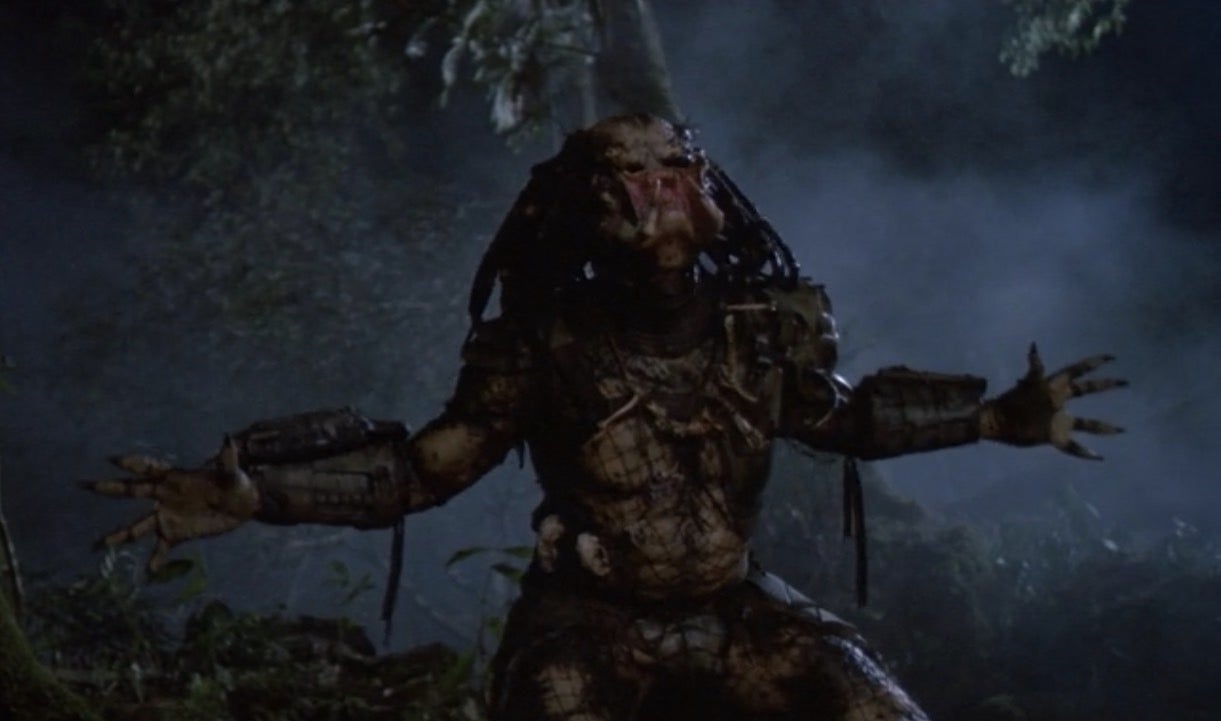 Subsequent Predator films would repeat this theme (including my beloved Predator 2, which transfers the action to the urban jungle of Los Angeles, and somehow finds an action-hero role for Gary Busey amid the ensuing madness). The upcoming reboot, The Predator, is directed and co-written by Shane Black, who famously played Hawkins in the 1987 original; no doubt, it’ll further explore what makes the Predator such a terrifying opponent. But only Predator takes everything you love about 1980s action movies, especially Rambo—guns, muscles, sweat, helicopters, foreboding jungle terrain, sinister foreign militants, two-faced government leaders, fire, mud, one-liners, etc.—and adds a fang-faced tactical genius/extraterrestrial warrior to the mix.

If Starship Troopers Was Serious, Its Trailer Would Look Like This

The Week in Geek: Hellboy, Game of Thrones, Infinity War, and More