Sony's Spider-Man Movie-verse Will Feature Carnage, and May Include Kraven and Mysterio Films

The still atrociously named “Sony’s Marvel Universe” is getting bigger. Sony has lifted the lid off the future of its Spider-Man movies after Homecoming, and it seems like Peter Parker is going to have a lot on his plate, with not just future MCU adventures, but some of his most iconic foes coming to the silver screen.

A far reaching new story from The Hollywood Reporter about Sony Pictures CEO Tom Rothman’s plans for moving forward in the studio’s deal with Marvel to make (and still own the rights to) new films with the most popular superhero on the planet paints a pretty rosy picture for the post-Homecoming world.

Firstly, after Homecoming producer and former Sony Pictures head Amy Pascal’s comments over the weekend, there’s confirmation that Sony is planning on having Tom Holland’s Peter Parker appear in its spin-off movies like Silver and Black or Venom, as well as having him continue to appear in Marvel team movies like Infinity War and beyond. Homecoming’s sequel will also share the love: another MCU Avenger (not Robert Downey Jr.’s Iron Man) will make an appearance alongside Peter. Maybe Steve Rogers, given we heard rumours he could’ve been in Homecoming at one point beyond his minor cameo? 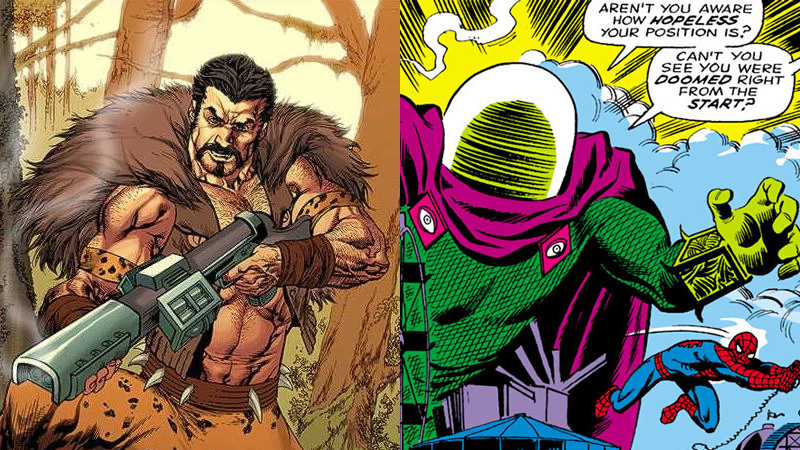 But despite confirmation that we can expect some Spider-Man in these movies, Sony’s spinoffs will still seemingly continue to focus on the character’s roster of villains. THR’s story confirms that Carnage—the much more unstable and violent symbiote-hosted villain—will be a part of Tom Hardy’s Venom film. Meanwhile, more standalone projects are currently in the works beyond the currently announced Silver and Black and Venom: including two which focus on longstanding Spidey villains and regular Sinister Six members Kraven the Hunter and Mysterio.

The plan Sony is aiming for after Homecoming is to slowly but surely flesh out the world of Spider-Man and his foes—rather than try to rush into making a shared universe like it almost did with the Sinister Six movie after The Amazing Spider-Man 2. This time, with Marvel’s help and with growing connections to the vast stable that is the MCU, maybe this time things will go a little better. [THR]

The Week in Geek: Doctor Who, Spider-Men II, Black Lightning, and More