Pacific Rim brought us the Jaegers, wonderful multi-pilot mecha that it then proceeded to mostly turn into scrap over the course of the movie. Obviously, that means the sequel’s going to need some new ones, and now we finally have a good look at the robots joining the Gipsy Avenger in Uprising—and my god are they wonderful.

The look came through the reveal of some brand new Bandai action figures revealed at Comic-Con yesterday by Uprising director Steven DeKnight. Here’s the trailer that joined the announcement, narrated by Ellen McLain, the voice of the Jaeger A.I. from the first movie (and yes, GLaDOS from Portal):

Within the lore of Pacific Rim, most of the new Jaegers are “Mark VI” designs, the latest and greatest forms of the giant robots humanity built to tackle its steadily increasing Kaiju problem. Although the first movie dabbled with older Jaeger—hero mecha Gipsy Danger was one of the earliest built—it seems like the new movie is giving us the slickest-looking robots humankind has to offer, which means they look much, much sleeker than the mechas of the first movie.

They’ve still got fantastic names, though, that’s something that’s not changed from the first film. Joining the Gipsy Avenger (from the left of the picture below, starting with Gipsy) is Guardian Bravo, Titan Redeemer, Bracer Phoenix, and Saber Athena: 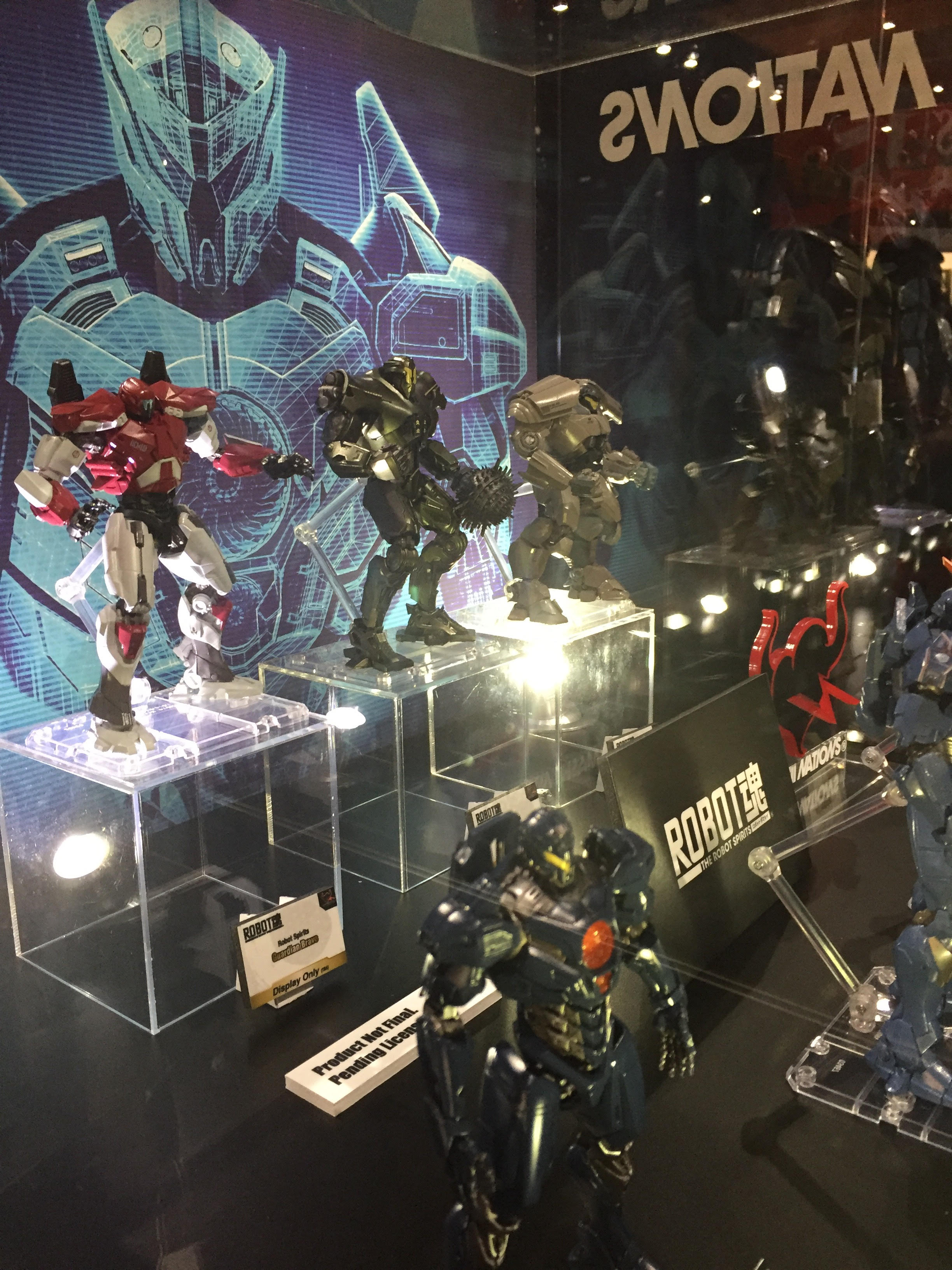 God, I love Pacific Rim names so much. As well as the new video, a new viral website for the film also offers a few more details about the movie, including blueprints for the newly-revealed mechs as well as some of their weapons, from giant morningstars to electric whips and plasma katanas. The website also confirms that Uprising is set 10 years after the events of the first movie.

Shazam Is DC's Next Movie, and Now It Has a Director

Up Close and Personal With the Justice League's Movie Outfits