What Would It Take to Kill Daenerys' Dragons?

When Daenerys hatched three dragons from what seemed to be petrified eggs during the finale of Game of Thrones’ first season, the balance of power between the contenders for the Iron Throne began to shift. Thanks to her ever-growing, ever-more powerful “children,” Daenerys has transformed from one of the show’s underdogs to arguably its most powerful political player. Which raises a question: How could any army in Westeros take on the returning Targaryen and her forces? How could anyone kill one of Daenerys’ dragons?

Drogon, Viserion, and Rhaegal have already taken out several of their mother’s foes, including an entire fleet commanded by the slave-cities of Essos. By the end of season six, all three of Daenerys’ dragons were big enough to ride and so dangerous that she was forced to temporarily lock them away to keep them from killing people. From the looks of it, they’ll be even bigger when Game of Thrones returns on Monday.

While House Targaryen managed to conquer the Seven Kingdoms and maintain power through the use of dragons in the past, Daenerys’ hatchlings started out small, vulnerable, and turned their mother into even more of a marked target to her political rivals. They would have to grow up and be trained before they could become more than mere hypothetical threats. But that was six seasons ago and things have changed considerably.

House Targaryen used their dragons to conquer and then rule Westeros centuries ago, although eventually their dragons became small and sickly, and died out. However, Drogon, Viserion, and Rhaegal all appear to be heathy and robust, and given that they’re Daenerys’ most powerful weapons, anyone hoping to eliminate her will have to go through her dragons first. They’re virtually fireproof and armoured with thick scales that protect the vulnerable parts of their bodies, meaning that neither volleys of arrows nor firebombs would likely be particularly effective at bringing them down. But does the Lannister army and its allies even have a chance of bringing them down?

I spoke with Mark Witton, a palaeontologist who specialises in pterosaurs, who stressed to me how even if armed with the kind of massive, damaging arrow that wounded Smaug in The Hobbit, people would have difficulty hitting Daenerys’ dragons because of how fast they’d probably be while flying.

“The Game of Thrones dragons are huge, and would realistically have to fly very fast to stay in the air,” Witton explained. “Hitting them with bows, crossbows or spears is going to be difficult, and the dragons might quite easily buzz around ground forces, dropping fiery death on everything below.”

Witton and other palaeontologists estimate that pterosaurs with wingspans of at least 10 metres once glided at speeds ranging from anywhere between 80 to 100 kph. Even though he’s not yet fully grown, Drogon, the largest of Dany’s dragons, is already much, much larger than your average pterosaur. 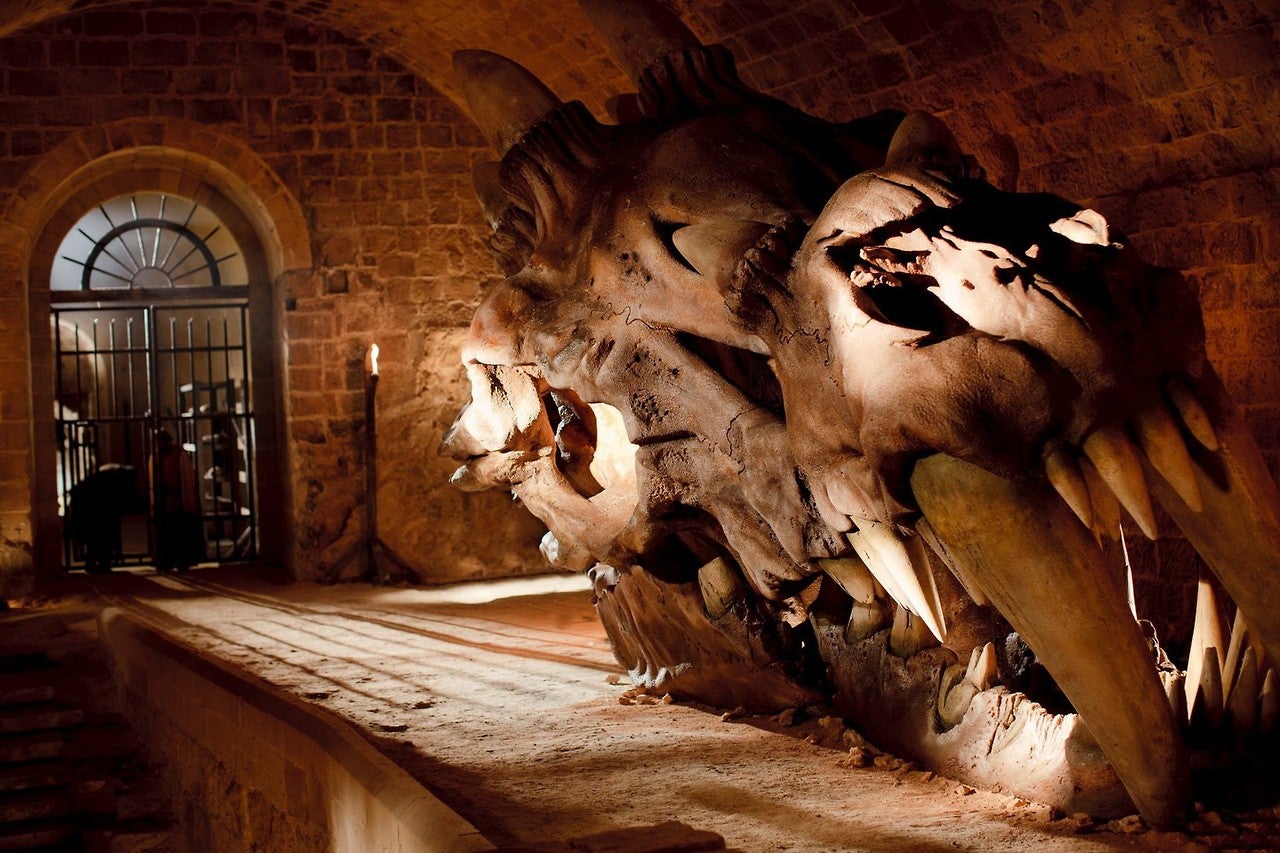 According to Witton, the key to winning a battle against dragons would be to think of them less like living nuclear weapons and more like very fast-moving, heavily-armoured planes that could be struck by a barrage of bombs. Because of how fast they fly, it would be smarter to get as many explosives (see: wildfire) launched into the sky as possible to strike the dragon and knock it to the ground, which would make it easier to use slower, more powerful weapons to kill it.

But that comes with all sorts of challenges in and of itself. For one, launching a large amount of wildfire bombs into the air in hopes of hitting a dragon would undoubtedly result in massive human casualties and still not necessarily kill the dragons immediately. Also, Dany’s dragons have proven themselves to be plenty dangerous even when they can’t fly; just ask the Sons of the Harpy who attacked Daenerys in the Colosseum in season five. Technologically, Witton said, Game of Thrones’ regular armies really just aren’t equipped to handle even a single dragon.

“One dragon would be a challenge to a Medieval-grade force,” Witton said. “Three working in tandem might be almost impossible to vanquish. Three dragons plus a freakin’ army...? Might be best to just hang up the swords, guys.”

But the idea of George R.R. Martin simply having Daenerys win the game of thrones with ease just doesn’t sit quite right. Surely, if and when the mother of dragons finally goes toe to toe with those that would see her killed, her enemies will have some sort of way to neutralise her dragons. 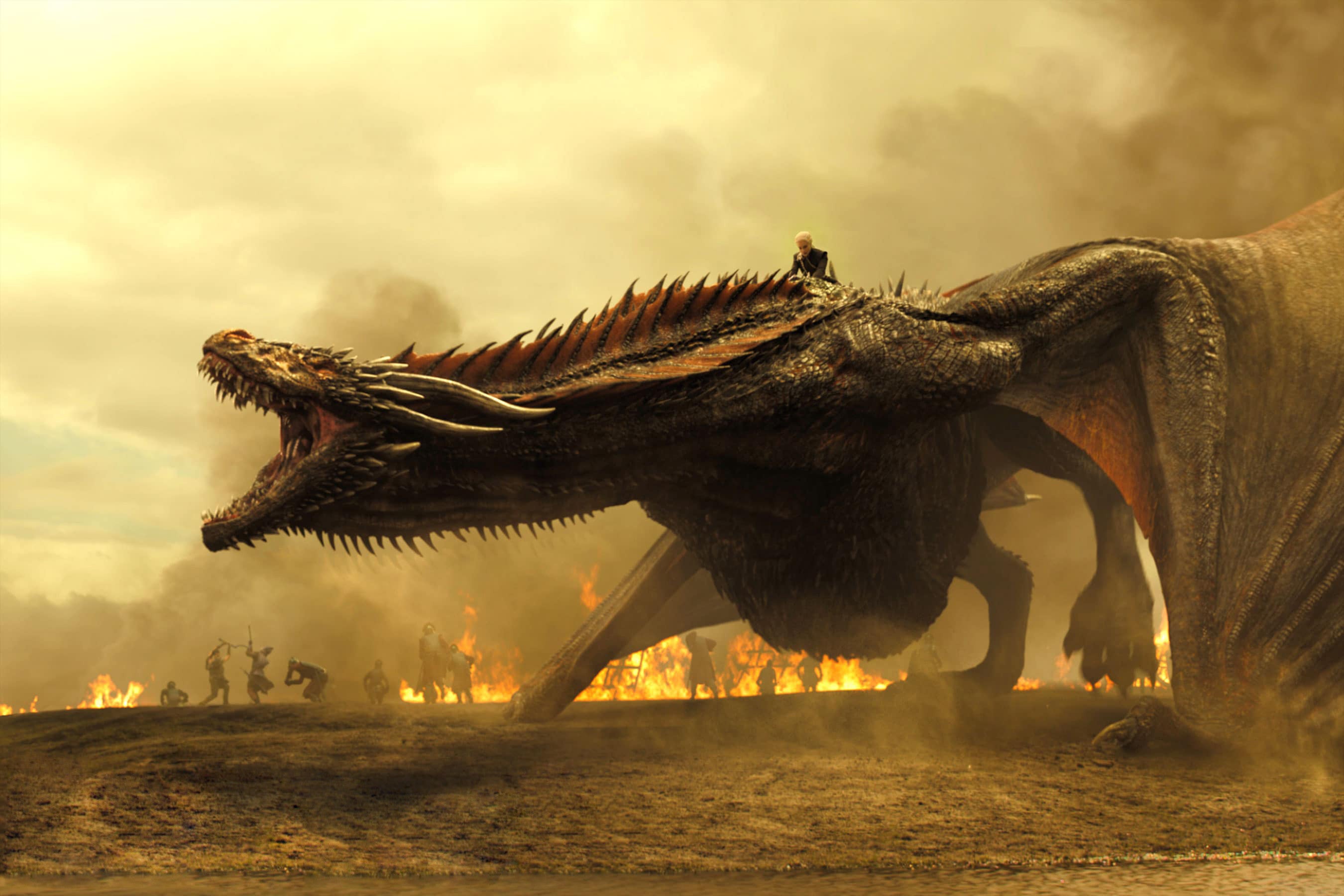 Dr. Lauren Oliver, a Ph.D and soon-to-be assistant professor at University of North Georgia, has a couple of theories as to how smart opponents could use the cold weather of the North and a dragon’s natural biology against it. Though Game of Thrones’ dragons are thought to be magical, they do share a couple of similarities with some real-world reptiles (like continuing to grow larger throughout their lives) that could make them vulnerable to the cold.

“They would be almost useless in the North where temperatures are always freezing (especially now in winter) and there is little to no sunlight. So, they would likely not be able to produce fire and would probably die,” Oliver told me. “That’s a huge win for the Northerners... they just have to keep the battle in their own territory.”

Game of Thrones’ dragons produce their signature flames by expelling multiple forms of combustible gas from glands in their mouths that, when combined, result in streams of fire. Unlike real-life ectotherm reptiles, dragons are able to generate their own internal heat and don’t necessarily require extensive exposure to sunlight. But it’s reasonable that a dragon might struggle in colder climates with less sunlight especially during Westeros’ winter.

The key to winning a battle against dragons would be to think of them less like living nuclear weapons and more like very fast-moving, heavily-armoured planes.

Assuming that a dragon’s natural ability to heat itself requires it to use up its own energy, Daenerys would have to keep them fully fed and properly sheltered to keep them strong enough to survive in the harsh environment, let alone fly and breathe fire during a massive battle. Oliver also added that, if we’re factoring the army of White Walkers into the mix (who may also have fucking ice dragons), Dany’s chances of winning decisive battles in the North are slim. This would be good news for Jon Snow if he decided not to ally with Daenerys for some reason, as unlikely as that sounds. But it will be immensely bad news when the White Walkers invade, bringing the full force of winter with them.

So. How do you kill Daenerys’ dragons? You pray to the old gods and the new for:

c.) A horde of undead ice zombies to arrive and take out the dragons but then somehow forget to get around to killing you, too