An Old-School Voltron Set Is Officially Coming to Lego

A little over a year after len_d69's custom Lego Voltron set was submitted to the Lego Ideas platform, the toymaker has officially decided to put it into production after the fantastic model of the five transforming robots from the original animated series successfully received 10,000 votes of support from fans.

It always feels corny to say that the fans made this thing happen, but they honestly did! Those votes got this thing into production, along with the perfect timing of there being a new and well received Voltron animated series currently available on Netflix. And toymakers realising that nostalgia can be a big seller, with a generation of ‘80s kids, with lots of disposable income now, trying to recapture the joy of their childhoods.

There are few details right now about what the final set will look like. Lego’s own set designers will take some time to re-engineer it so that it’s sturdy and meets the company’s requirements for an official set. But Voltron is slated for release sometime next year. 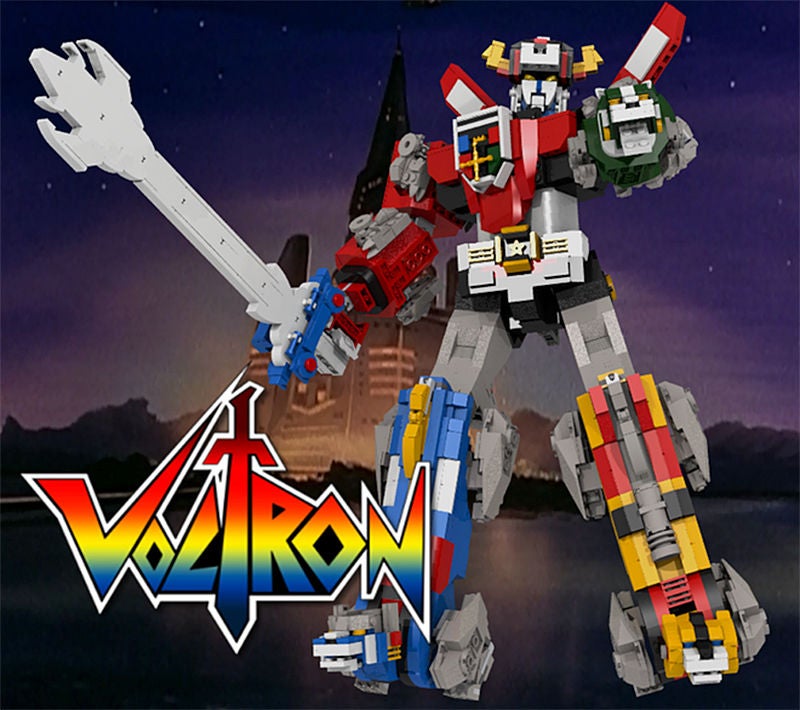 You can expect this one to be one of Lego’s larger, and pricier, premium sets, but that’s not going to stop this set from being almost impossible to find once it’s out, as collectors snap it up. [Lego Ideas]

Luke and Rey Are the First Star Wars: The Last Jedi Action Figures