Borrowing a Clever Trick From Birds, This Smart Glider Could One Day Fly Forever Without a Motor

While scouring large swaths of land for prey, predators like hawks and eagles will often take advantage of rising thermals to stay airborne and glide for extended periods with minimal effort. Humans have copied this approach which allows sailplanes to fly without a motor, but Microsoft is now teaching an AI how to pilot an autonomous plane powered by this natural phenomenon.

Primary school science taught us all that hot air rises, and that’s essentially what a thermal is. As the sun warms the ground, it in turn heats the air at lower altitudes, causing it to rise. A bird or aircraft flying through a thermal—which can also be described as a column of vertically moving air—will experience additional lift. Birds and skilled glider pilots become adept at knowing where to find thermals, but teaching an autopilot to find them isn’t as easy.

A plane that can fly without a motor would be a breakthrough that could benefit everything from farming to cheap mobile phone service, so Microsoft researchers designed and built a model sailplane with a 16.5-foot wingspan they call the infinite soaring machine—a moniker the craft will hopefully eventually grow into.

The sailplane itself features run-of-the-mill RC technology, but what makes it interesting is the artificial intelligence the researchers are developing to pilot it. Using data from sensors that monitor air temperature, wind direction, altitude, and other metrics (in addition to speed and location data from GPS), the AI pilot can detect when the sailplane is suddenly gaining altitude, indicating it has located a rising thermal. 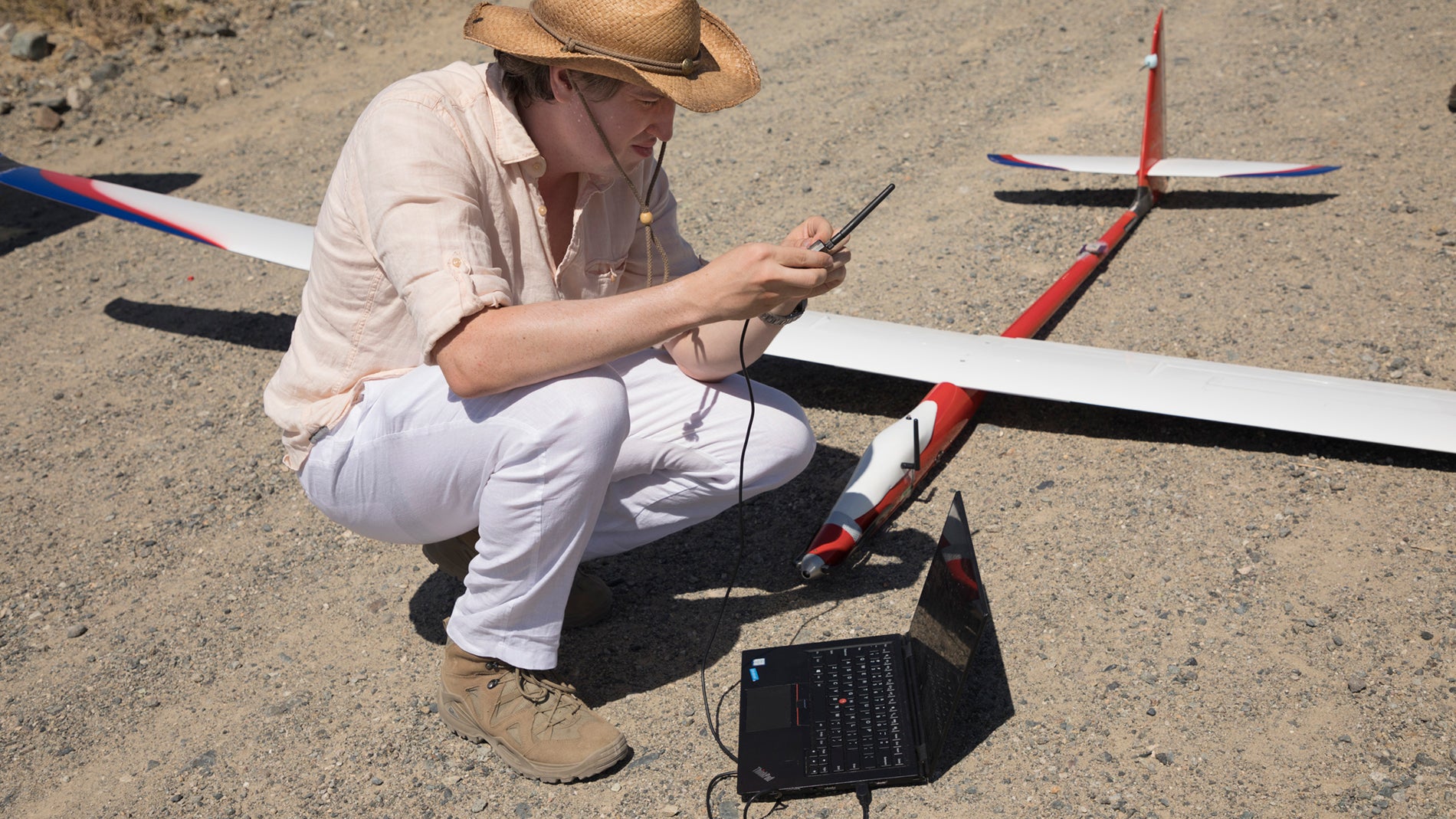 The craft can’t fly forever just yet. It’s still dependent on an electric motor to get off the ground in the first place. And the servos that move the sailplane’s flaps and ailerons so that it can steer towards and stay within a thermal are all powered by an onboard battery. But eventually solar cells on a larger gilding aircraft’s massive wings could provide all the power it needs, as could wind-powered generators incorporated into its fuselage.

Without the need for re-stocked in-flight meals, AI-piloted gliders could stay in the air forever, serving as permanent eyes in the sky for scientists studying everything from crop growth to storms. They could even serve as flying cell towers, connecting to each other to create an airborne data or mobile network that could be up and running in a matter of hours after a disaster. It might even one day lead to commercial airliners that minimise fuel costs, passing the savings onto customers—as long as you don’t mind spending countless extra hours in the air while the plane zig-zags the country looking for thermals. [Microsoft]

If We Want Robots to Be Good, We May Need to Destroy Their Self-Confidence