How to Choose the Right Processor and Motherboard

How you do choose the brains of the operation when you’re piecing together your own PC? This guide will take some of the guesswork out of the decision for you.

We’re assuming you know a little bit about processors and motherboards if you’re looking up a guide like this, but if you’re only just getting started with picking your own computer components, then you can think of the CPU as the brains of your computer, controlling how quickly it can ‘think’, and the motherboard as the central nervous system that connects everything together.

That’s not a perfect analogy—a lot of factors affect overall performance besides CPU speed—but it’s a good starting point. Generally speaking, you should be choosing your processor first and your motherboard to match, then plugging in the rest of your components (hard drives, graphics cards, memory, and so on).

The basics of choosing a CPU 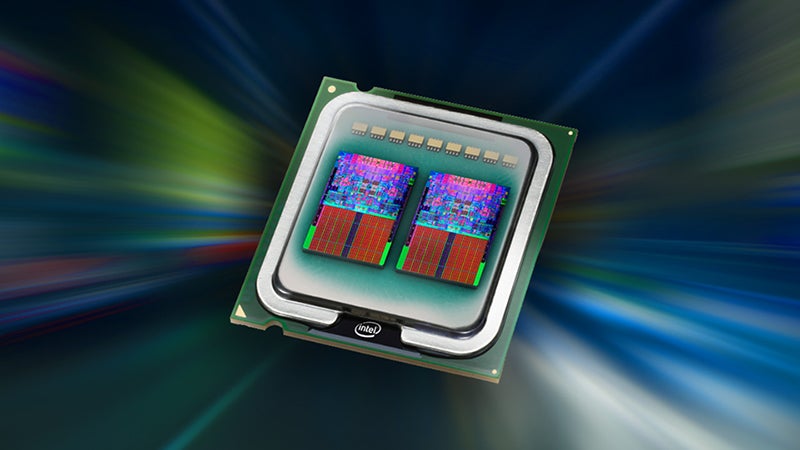 For a number of years now, picking up a processor for a desktop system has usually meant opting for something made by Intel, with the Core i3, Core i5, and Core i7 labels indicating major steps up in speed and performance in each generation (at least in theory).

Move up in the groupings for Intel, and you typically get more cores (for running more calculations in tandem), a bigger cache (for super-fast memory access) and faster overall speeds (a combination of raw clock speed measured in gigahertz and Turbo Boost for extra oomph). Ryzen is similar as you move from the 1700 to 1700X to 1800X—though the number of cores remains the same (8).

You’ll also see a reference to the processor generation—that’s referring to the microarchitecture the processor runs on. Much of the hype around AMD’s Ryzen is related to it’s microarchitecture—Zen. In Intel’s case the latest and greatest set of CPUs hails from the brand new Kaby Lake family, succeeding the Skylake set of chips launched in 2015. 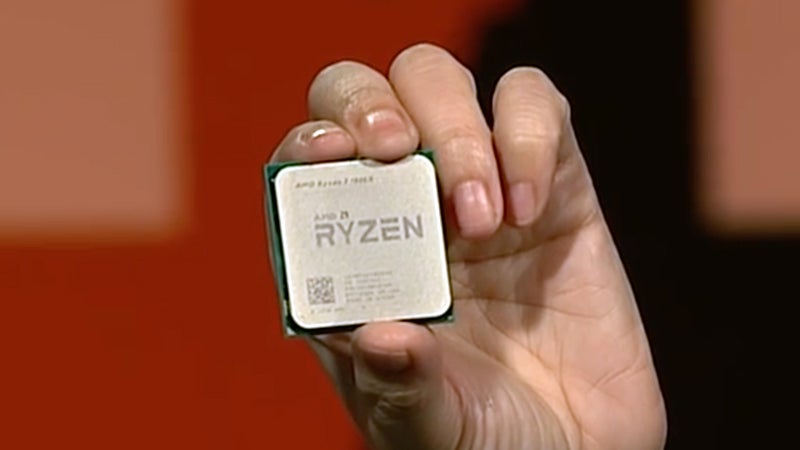 On top of the primary specs you often get some extra goodies and optimizations—particularly from Intel, who has been the primary CPU provider for so long that many software developers work with Intel to have their software perform better. So Kaby Lake CPUs can stream 4K video on Windows 10 and run many current generation games better.

Based on a multitude of benchmarks, Kaby Lake doesn’t offer major performance gains over its Intel predecessor at the highest end of the specs, and we have our doubts about whether the i7 model is all that much better than the i5 version for the majority of tasks run by the majority of people. It’s in the mid-range where Kaby Lake seems of most benefit, which leaves the door slightly ajar for AMD at the enthusiast level.

This year though, AMD is back—with a new Zen microarchitecture and a new set of processors named Ryzen 7. It’s a major step up from the previous generation of AMD chips, and based on the benchmarks out there, is going to give Intel some serious competition for the first time in a long time. Ryzen 7 CPUs also start at eight cores compared to Kaby Lake’s desktop CPUs starting at four. 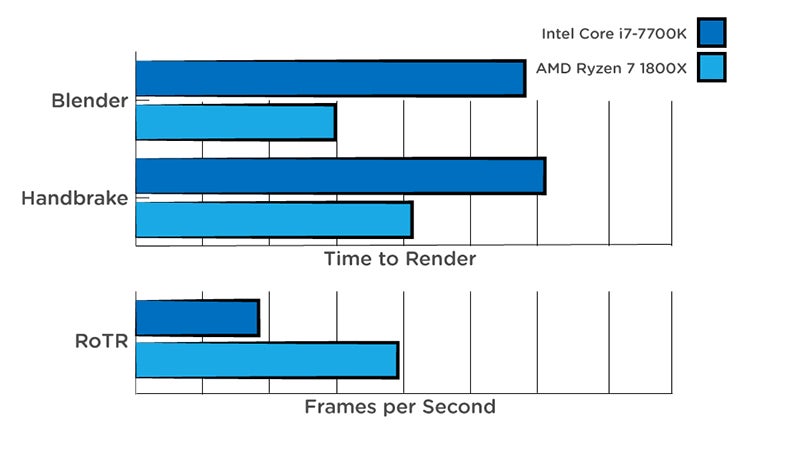 The Ryzen beats Kaby Lake in Blender, Handbrake and Rise of the Tomb Raider

That being said, you might be happy to save £120 in return for slower video conversions. There’s no one-size-fits-all formula that makes one processor right for everyone, and that’s proved in other benchmarks where the 1800x lags behind the i7-7700K (in rendering a batch of Photoshop images, for example).

In particular Ryzen struggles to keep up with Kaby Lake the early gaming benchmarks—largely do to the optimization Intel enjoys. It really is a case of deciding what you need from your machine and then seeking out the benchmarks that matter (and don’t forget the price vs performance comparison we mentioned earlier).

The other downside to Ryzen that none of the current CPUs have integrated graphics, and won’t until later this year. While Intel’s Kaby Lake chips are good enough to run less demanding titles like Overwatch on their own, you have to buy a graphics card alongside a Ryzen CPU to get any kind of video output. That’s not an issue if you were planning to game, but means Ryzen isn’t yet as good an option for cheaper, mid-range systems.

With only three Ryzen CPUs to choose from for now, we’d say they’re all worth of consideration: the 1700 for value-for-money, the 1800x for performance and power, and the 1700x for something in between the two. Certainly in terms of programs that can take advantage of multithreading, the benchmarks show they’re very compelling competitors to Intel’s line-up, and when you exclude the price of a graphics card they’re far more budget friendly than what Intel has to offer. 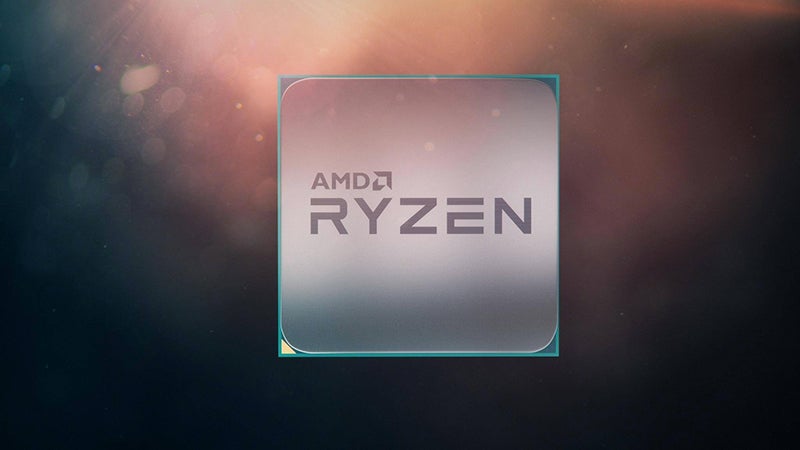 But Intel has its own budget processors. The dual-core i3-7100 (£100) is just about the cheapest Kaby Lake CPU and will give you the latest silicon for the best price, while the i5-7500 (£175) is a solid mid-range choice for balancing power and price. There’s no doubting the power of the overclockable i5-7600K (£210) or the top-end i7-7700K (£300) either, but make sure you have the applications and the games that are going to be able to take advantage of it.

You can certainly still go for an older CPU if you want to save yourself some money—just remember to buy a motherboard to match, and remember your upgrade options are likely to be more limited in the future as each motherboard is built with a specific socket for the CPU and each processor family uses a different socket type. Although socket LGA 1151 boards can fit both Skylake and Kaby Lake processors, so there is some room for upgrading there. 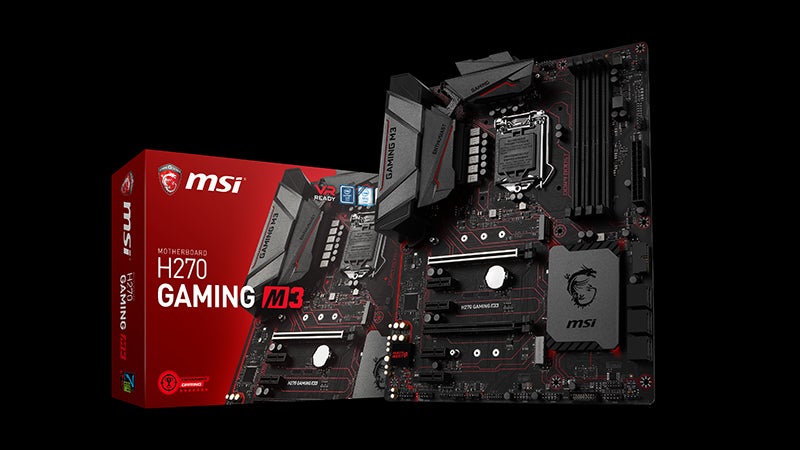 The key spec is the processor socket a board sports—make sure this matches your chosen CPU and you’re well on your way. Boards come in a choice of sizes, from the large ATX to the compact Mini-ITX with several stops in between, and the right one for you depends on how big your PC needs to be and how many components you want to plug into it.

If you’re not planning on setting up multiple graphics cards and multiple hard drives, for example, you can save money on something smaller—but bear in mind that a bigger board gives you more upgrade options in the future.

Your board will also determine what type of cards and RAM you can install: more expensive models can fit more expensive components. After the socket look at the chipset, a set of circuitry usually designed for a specific processor, which dictates many of the board’s performance limits.

For both Kaby Lake and Skylake processors you need an LGA 1151 socket motherboard, and both generations will work in the newest boards with updated Intel chipsets on them: look for the Z270 and H270 labels.

However, only Kaby Lake CPUs can take advantage of the latest upgrades on the 200-series boards, including support for more PCIe lanes (Z270 models), giving your graphics cards and SSD drives more bandwidth, and Intel’s new Optane technology (both Z270 and H270 models), enabling better SSD and RAM performance. 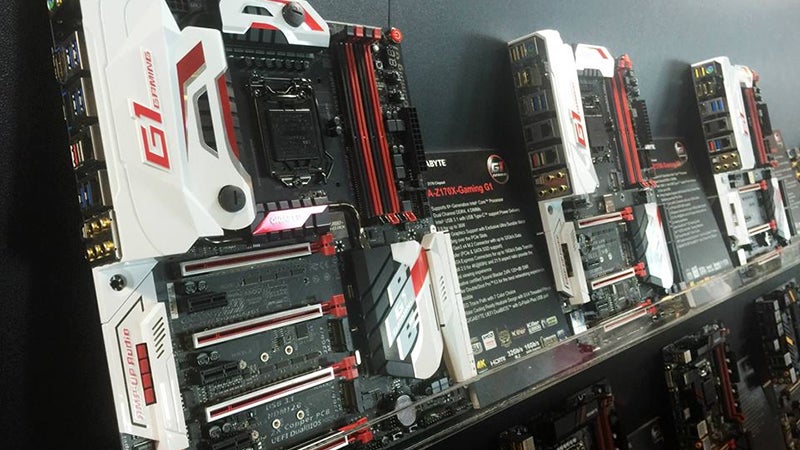 For Ryzen you want an AM4 socket motherboard with a chipset labelled X370, B350, A320, or X300. As on the Intel side, your choice of chipset determines the kind of machine you can build, from the number of graphics cards supported to overclocking capabilities (only top-end X370 boards support two graphics cards, for example).

For a deeper dive into motherboard and chipset specs, there are plenty of hardware enthusiast sites out there with excellent and detailed reviews of the newest hardware.

Don’t be put off if you find some of the technical detail daunting, but do make sure you’re buying a board that both works with your CPU and gives you enough scope to build the PC you want (and maybe to upgrade it in the future too).

Monitors With Everything Are Coming

The World's Most Infamous Computer Viruses, Transformed Into Cyberpunk Heroes