Kalashnikov Concern, the Russian arms manufacturer best known for its eponymous line of rifles used by militaries and militants alike the world over, has developed a new riot control vehicle which looks like something straight out of a dystopian hellscape, but is unfortunately extremely real.

The vehicle, dubbed the “Shchit” or Shield in English, vaguely resembles a bulldozer except with an armoured shield instead of a blade attached to its arms, Popular Mechanics wrote. When the Shield arrives, it lowers the shield into place in front of it, creating a tall barrier to impede crowds and projectiles. 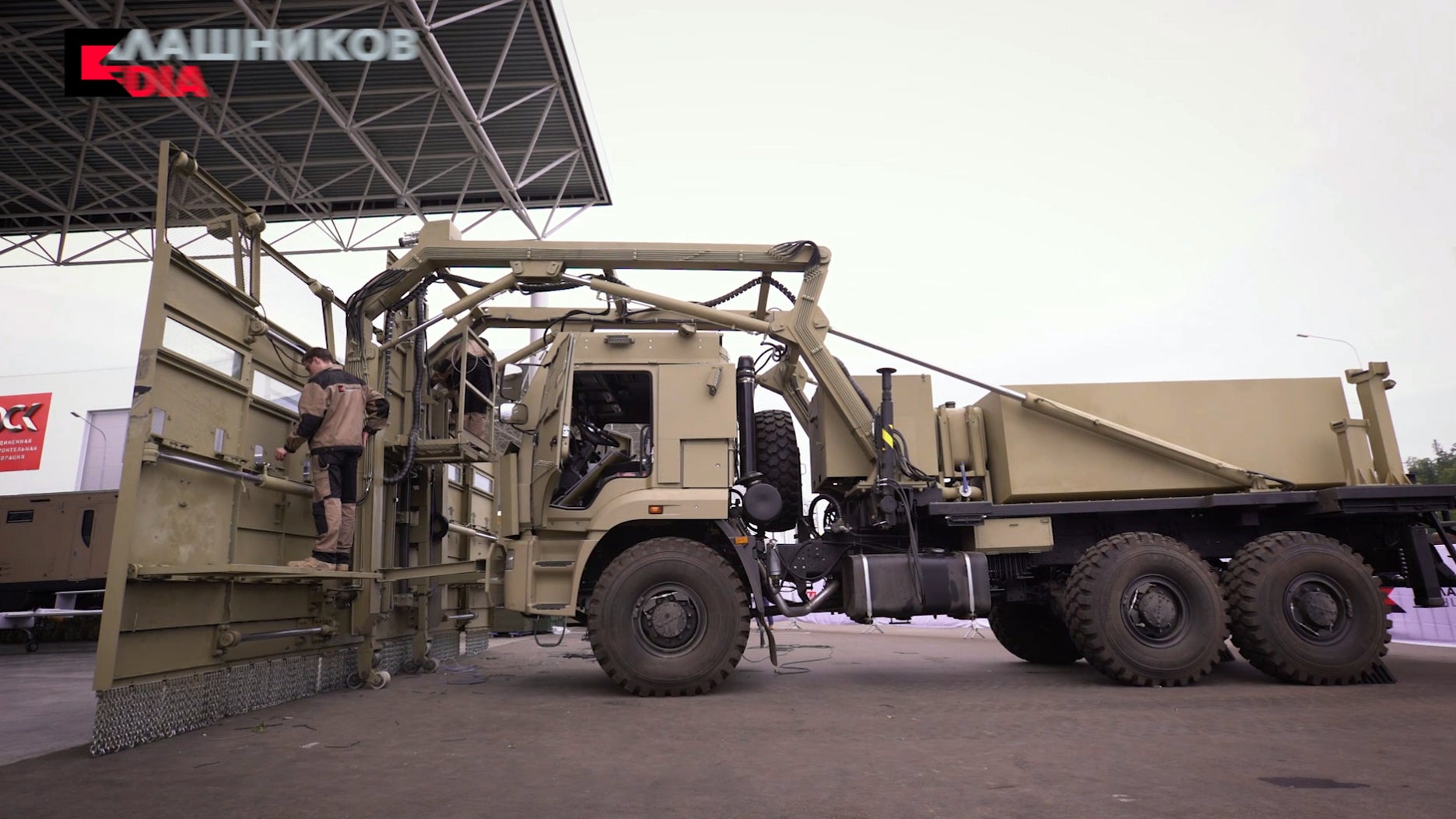 The shield contains a raised platform for law enforcement or troops to stand behind, with slits for observation or—more ominously—firing projectiles on rioters or protesters from behind cover. The vehicle also boasts a water cannon.

The Shield does not even appear to be the most advanced vehicle of its type. A few months ago, Slovakian company Bozena introduced a remotely controlled mobile shield wall with extendable walls that Autoblog reported was capable of shielding 36 armoured riot police and being controlled from over a mile away.

Massive, nationwide anti-corruption protests spearheaded by Russian opposition leaders this year drew the attention of authorities and eventually culminated in a crackdown. At the same time, President Vladimir Putin took steps to strengthen internal security forces loyal to the Kremlin, which might have something to do with the plum market in riot control tech.

Frankly, this thing is terrifying and looks like nothing more than the infamous “scoop” riot-dispersal vehicles from 1973 dystopian sci-fi movie Soylent Green—though it kind of makes the original concept look quaint.

It’d be easier to get out of the way of a slow-moving lorry with a scoop attached than escape a mobile, mechanical shield wall lined with riot police firing tear gas, rubber bullets and god knows what else. [Popular Mechanics]