Remember that guy on Facebook a couple of weeks ago who said he got stabbed by some stranger because he had a “neo-Nazi” haircut? You’re never going to believe this, but the story was total bullshit. He accidentally stabbed himself. And blamed it on a non-existent black guy.

Joshua Witt, a 26-year-old from Colorado, posted some photos to Facebook on 16th August, claiming that he had been stabbed for his “neo-Nazi haircut.” Cutting your hair extremely short on the sides and leaving some length on top has become known as the cool cut for kids on the alt-right.

“Soooooooo apparently I look like a neo-Nazi and got stabbed for it,” Witt claimed in a now-deleted post. “Luckily I put my hands up to stop it so he only stabbed my hand... please keep in mind there was no conversation between me and this dude I was literally just getting out of my car.” 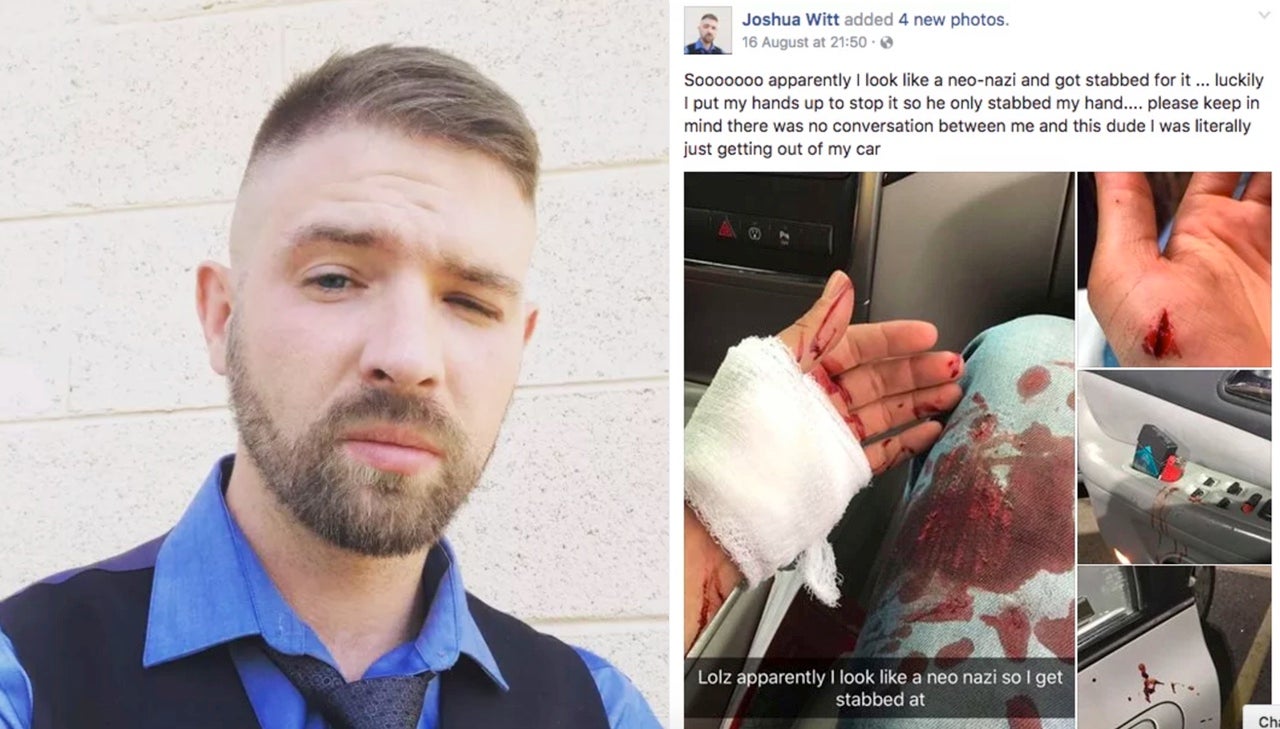 Joshua Witt sporting the haircut that he falsely alleged was the reason that he was stabbed (left); Facebook post that went viral claiming Joshua Witt had been stabbed (right)

Witt’s bloody Facebook post quickly went viral and everyone from Inside Edition to Fox News to the Alex Jones Show was outraged over this over-the-top story. But, as we mentioned, it’s bullshit.

Witt’s story was first debunked by Buzzfeed who contacted the police in Sheridan, Colorado for the full story. Gizmodo reached out to the Sheridan Police Department as well, who confirmed that Witt actually stabbed himself. And on top of that, he originally told police that his attacker was a “black male” in his mid-20s.

Police checked surveillance footage near the location where he was allegedly attacked and couldn’t find anybody running from the scene like Witt had claimed. What did they really find on the tapes? Footage of Witt buying a knife at a nearby store minutes before he was allegedly “attacked.”

“On August 24, 2017 Sheridan Police, re-interviewed Mr. Witt where he was confronted with all the information listed above,” Sheridan Police Chief Mark Campbell told Gizmodo in a statement.

“Mr. Witt subsequently admitted to accidentally cutting himself with the knife while parked in his car in front of the sporting goods store and admitted making up the story about being attacked,” Chief Campbell continued. 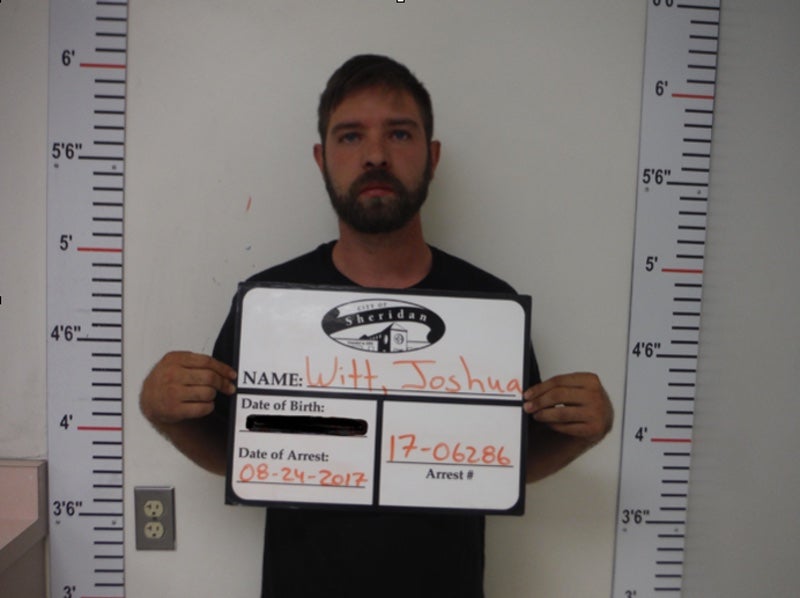 Judging by his booking photo, Witt actually let his hair grow out a bit, just as he told Fox News he was going to do. Probably a good call if there were actually people out there stabbing random passersby for having a high-and-tight haircut. But it’s less necessary now that we know the truth.

Don’t play with knives, kids. And if you accidentally stab yourself, don’t blame your problems on invisible black people. [Buzzfeed]

This Photo of the Trump Sons is Totally Fake

That Viral Photo of Putin is Totally Fake