It’s been a weird year, full of large and small horrors, hasn’t it? If you spend a lot of time on Twitter, you may have seen people using a picture of omnipotent superhero Dr Manhattan with a dialogue box to express how much they want to disengage with the mania. Here’s the thing: that panel doesn’t actually appear in Watchmen.

I read Watchmen A LOT in university, to the point where it still feels like certain sequences are still seared into my brain some 20-odd years later. Every time I saw that “tired of Earth” panel come down my timeline, it gave me red ass. Something about it—mainly the lettering—didn’t smell right. I know I’m getting old but, damn it, I also know that I know Watchmen. Could I be remembering it wrong?

When my co-worker James Whitbrook dropped the image in group chat, I couldn’t hold it in anymore: 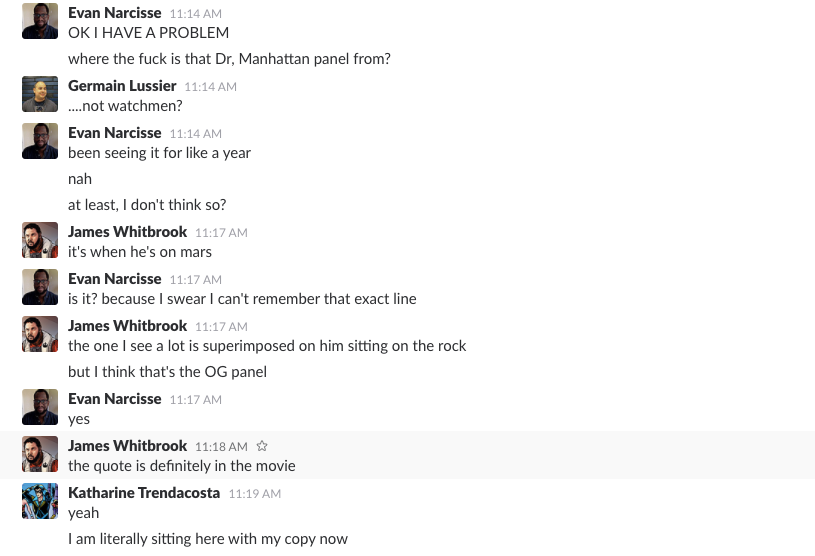 Thankfully, Katharine Trendacosta happened to have a copy of the seminal graphic novel by Alan Moore, Dave Gibbons, and John Higgins close at hand. And, sure enough, there isn’t any dialogue in the panels where the former Jon Osterman is looking at the stars or sitting on a rock. 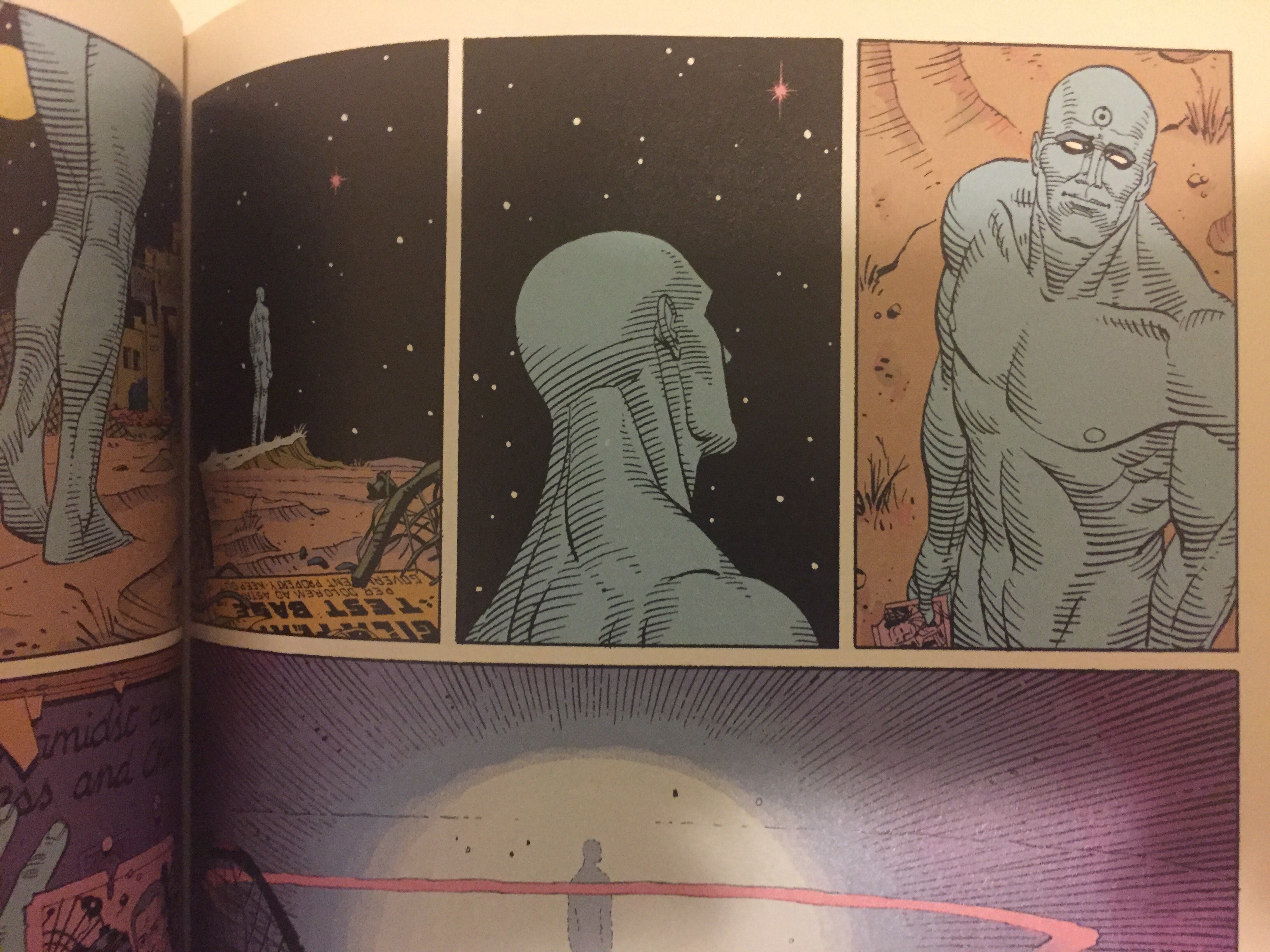 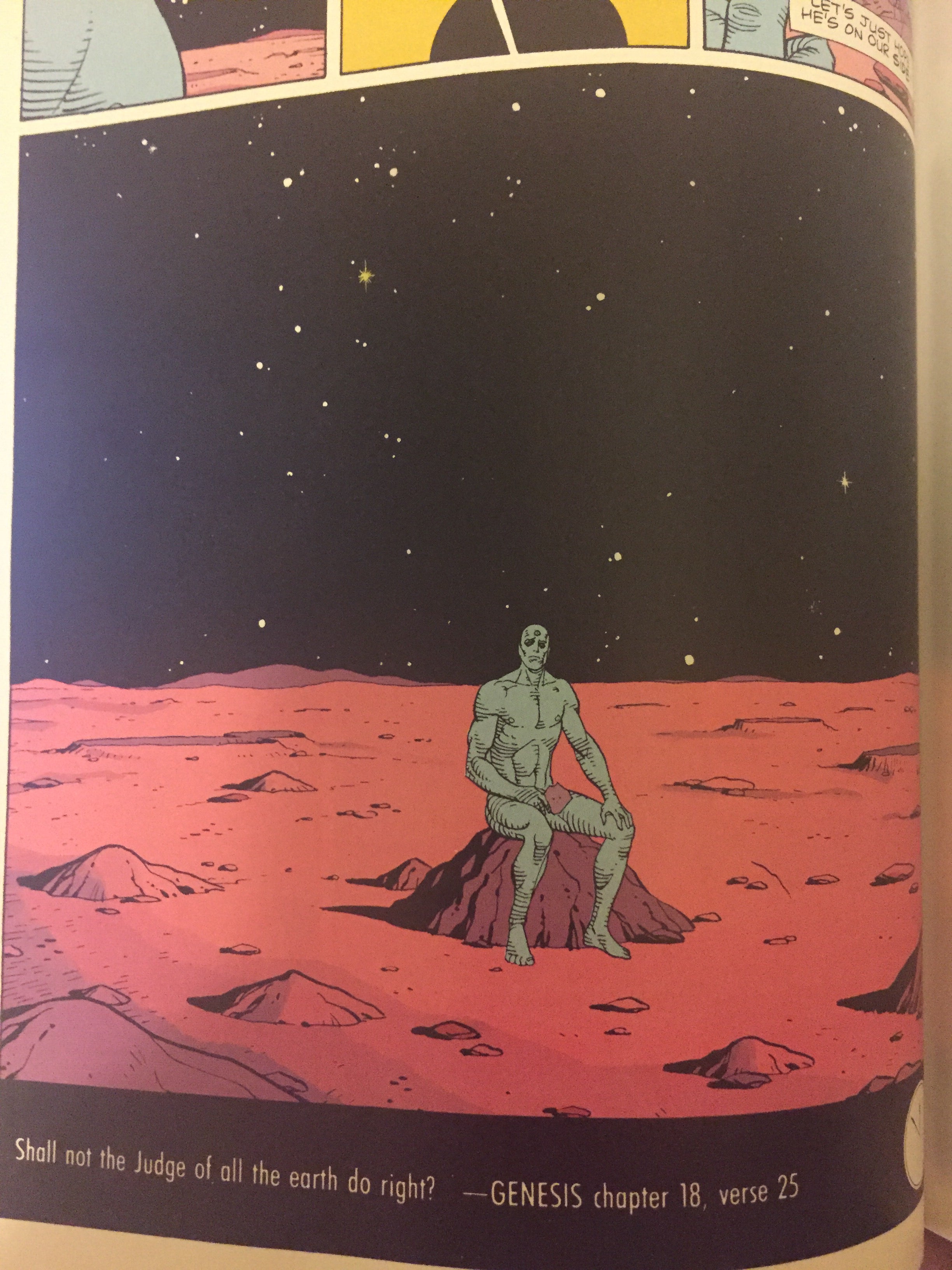 However, lines very similar to the ones in the popular meme image do appear in the original comics, just not when Dr. Manhattan is on Mars: 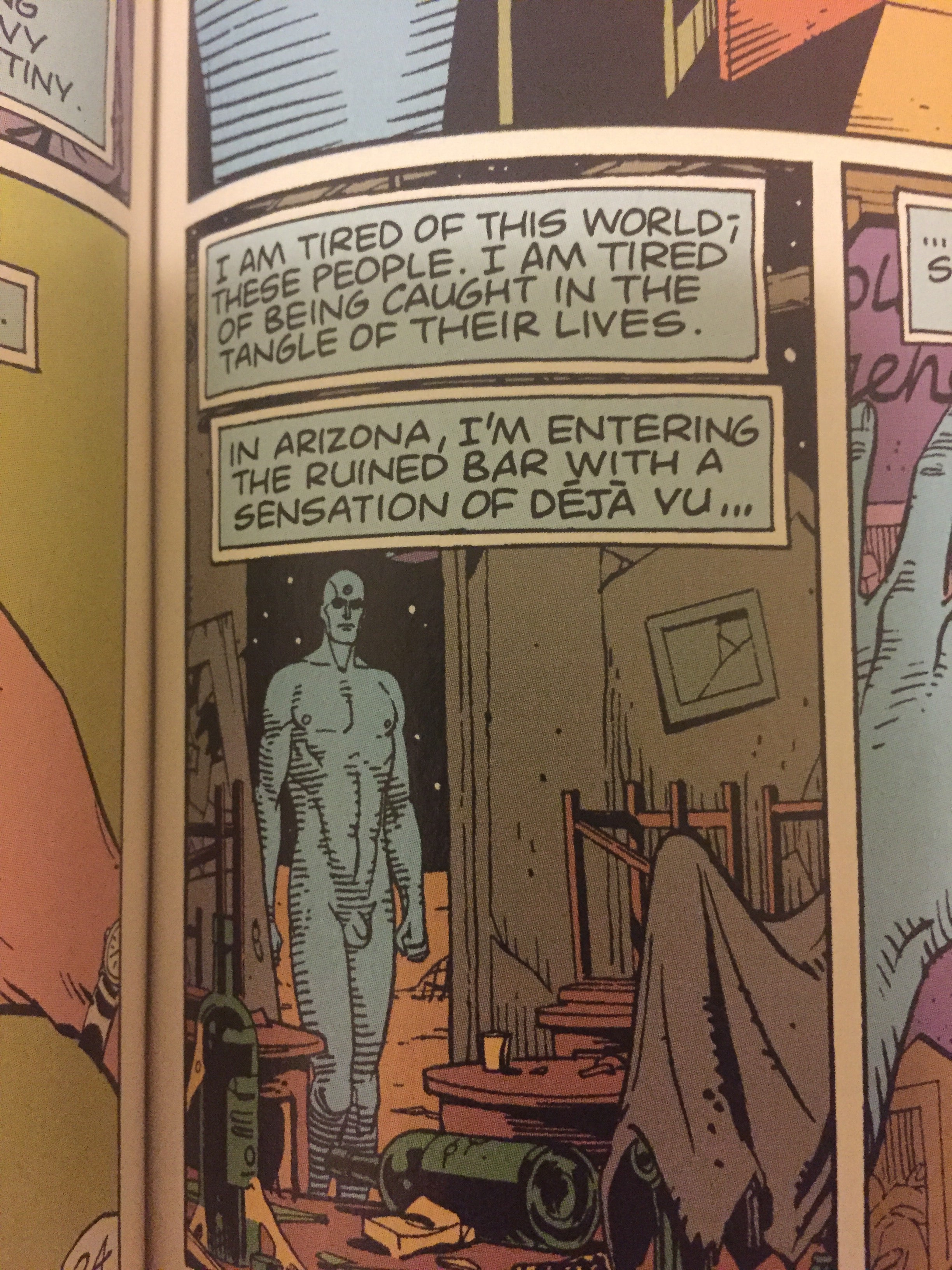 The altered text in the internet-remixed image actually comes from the Watchmen movie:

This has been—for me, at least—a weird phenomenon, because it’s been one of those instances where a crowd-driven usage scenario made me doubt my own memory over and over again. The tides of social media wash over us all so much every day that it threatens to replace folks’ own experience. But, for now, I can still trust my own brain. Not time for adult diapers yet!

Report: Martin Scorsese Will Produce a 'Hard-Boiled' Version of the Joker's Origin Story

Essential Reading to Complement The Defenders