Having lots of choice when it comes to consoles and platforms is great for gamers, but having piles of proprietary controllers and accessories in your gaming room is not. The creators of the All Controller tried to fix that problem by designing a gamepad that works with everything from the PS4 to PCs to iPhones, so you can use a single controller for every game and platform you play. After spending a week with a pre-production model, I think they might be onto something.

Using controllers from one system on another isn’t a new idea. You can find apps, hacks, and workarounds that let you use Xbox, PlayStation, and Nintendo controllers on competing platforms or mobile devices. But more often than not, the process of making your controllers play nice with other hardware is a pain, and it rarely feels like it’s worth the effort. So you usually just end up buying hardware-specific controllers for every device you own, and resign yourself to having to learn each gamepad’s layout. 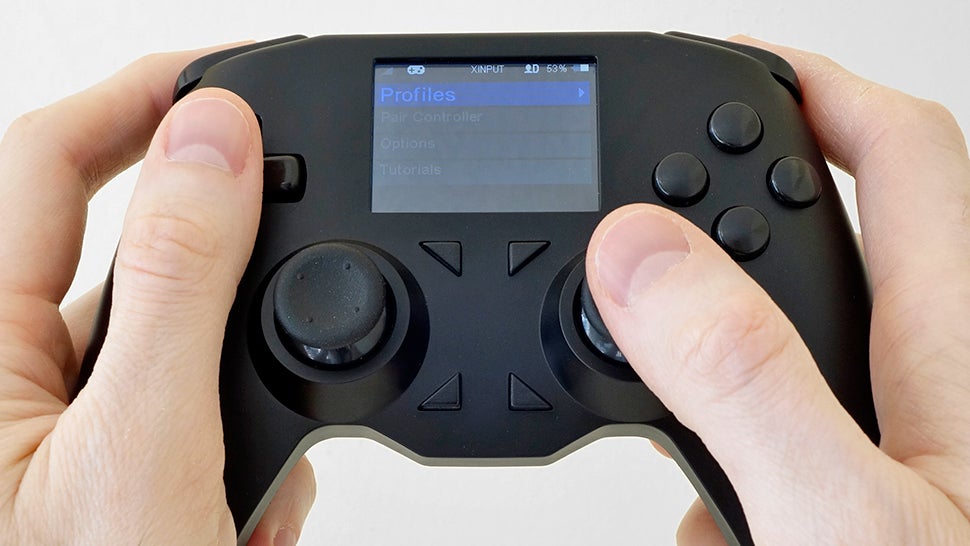 The All Controller feels closest to the Xbox One’s controller, but with the side-by-side analog joysticks of the PS4. All images: Andrew Liszewski/Gizmodo

The All Controller takes a different, and, I would argue, better approach. Instead of supporting just one platform, the gamepad’s creators have strived to make it work with almost everything. Inside the controller are electronics supporting 11 different USB drivers and seven Bluetooth drivers, resulting in an impressive compatibility list. The All Controller will work with PCs running Windows or Linux, Macs, smartphones, tablets, and TVs running Android 4.4 or later, iPhones, iPads, and Apple TVs running iOS 6 or later, Xbox One, Xbox 360, PlayStation 4, PlayStation 3, Nintendo Wii, Wii U, and eventually, the Switch. If it uses wired or wireless controllers, this thing should be compatible.

After first learning about the controller that was designed to work with so many platforms, I assumed that the hardware would look like something engineered in Dr. Frankenstein’s lab. But I was pleasantly surprised to find that the All Controller squeezes all of that compatibility into a form factor that feels no larger (or heavier) than most of the gamepads piled on my entertainment centre. 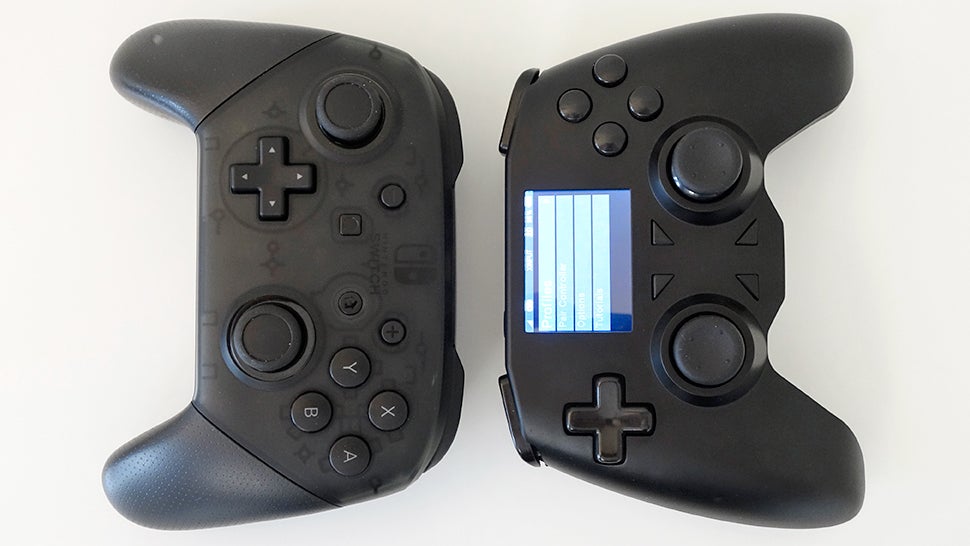 Size comparison between the All Controller (right) and the Nintendo Switch’s Pro Controller (left).

Comparison-wise, the All Controller feels closest in size and shape to the Xbox 360 or Xbox One’s bundled controllers, but its creators have incorporated design cues from other gamepads as well. That’s why the dual analogue joysticks sit side-by-side like on a Sony controller. But even if you’re a Sony or Microsoft gaming devotee, the All Controller feels as familiar and comfortable as any of the gamepads you’ve previously played with.

A micro-USB port is used for charging the All Controller, but for also connecting the gamepad to a console or PC with a cable.

The creators of the All Controller are first and foremost gamers, and they seem to have worked hard to ensure their gamepad doesn’t feel like the cheap third-party controller you bought because it was the most affordable way to let your friends play too. This feels like a first-party controller.

The pre-production hardware I tested wasn’t completely finalised—the action buttons were unlabelled, and it was missing some final polish—but it still felt great to play with.

Most of what makes the All Controller unique is hidden away inside the gamepad, but there’s one additional feature that makes it stand out: an LCD display. Because there isn’t a single wireless standard that all mobile devices and game consoles work with, the All Controller’s LCD screen allows gamers to choose what device they want to use it with, connecting and re-connecting to various platforms as often as they like. 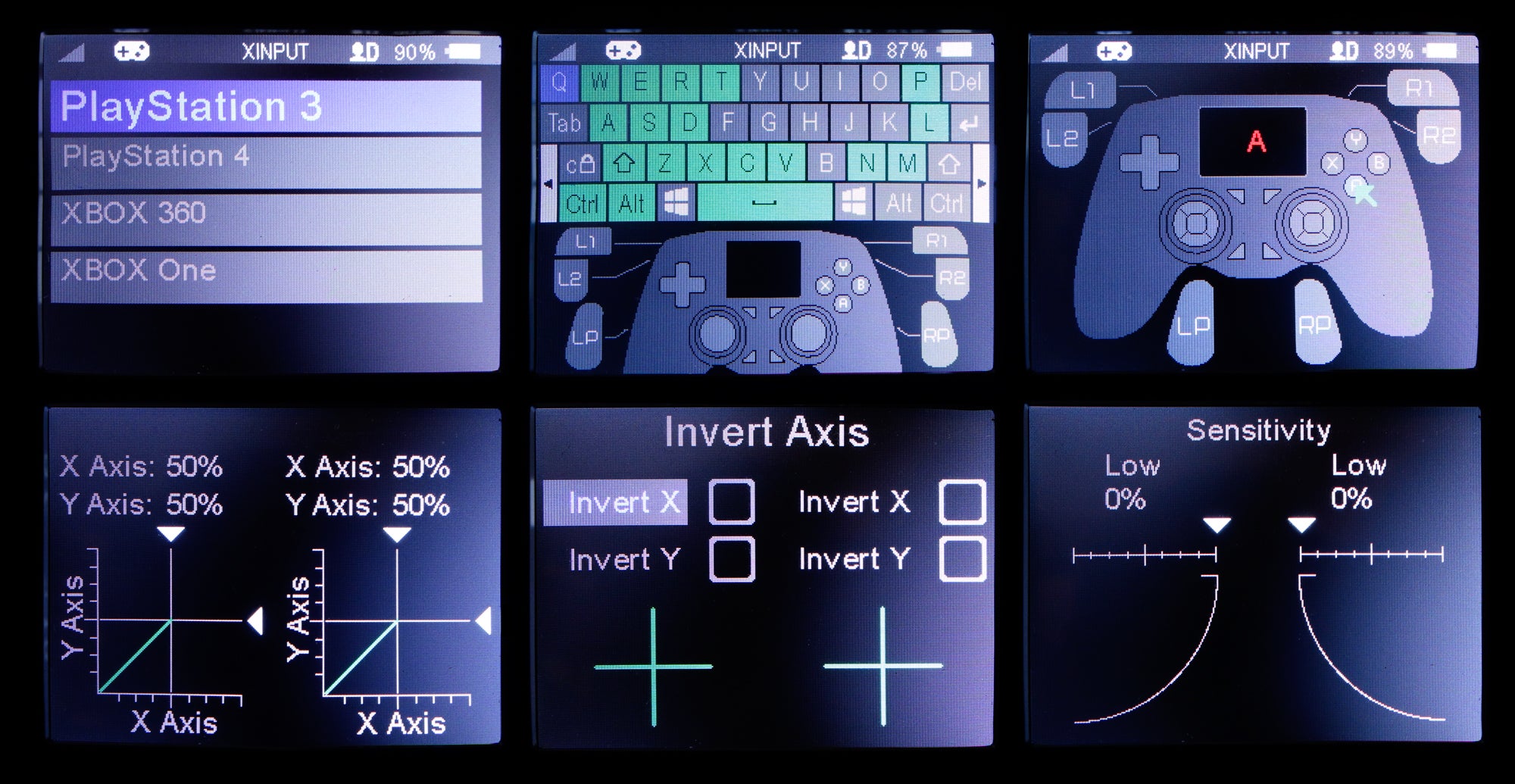 The All Controller’s LCD screen is used for connecting to devices, but also for completely customising how the gamepad works and reacts.

Using a simple menu system navigated by the gamepad’s joysticks, players can select which platform they want to connect to. For consoles like the Xbox and PlayStation, connecting the All Controller is as simple as plugging a dongle into the machine, and then selecting it from the gamepad’s menu. Connecting to mobile devices like iPhones and Android tablets is slightly more involved, requiring you to delve into each device’s Bluetooth settings the first time you connect—but it’s a one-time hassle. 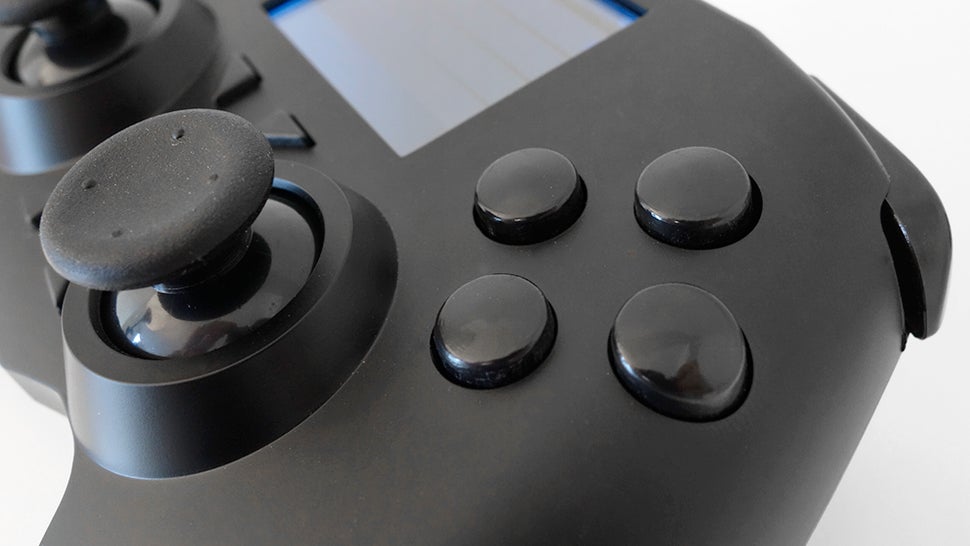 The physical design for all of the buttons hasn’t been finalised yet, but the pre-production sample still played great.

The LCD display on the All Controller is actually used for far more than just connecting the gamepad to consoles, however. Gamers can also use it to tweak the controller by adjusting the sensitivity of the joysticks and shoulder buttons, inverting the axis, or even completely remapping what each button does, saving to profiles that can be easily recalled later. This has the potential to be a customiser’s dream, allowing for more controller tweaks than what you can usually find in a game’s own settings menu.

If you’re a casual gamer who doesn’t understand why this could be so great, consider this scenario: you can pre-program all of Grand Theft Auto’s complicated cheat codes into the All Controller, making them accessible at any time via a single button press. 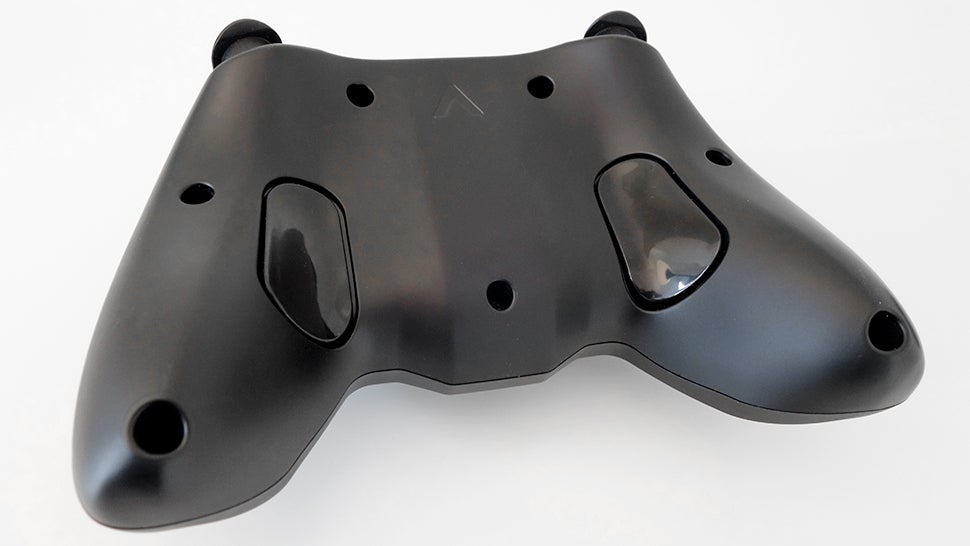 I found myself accidentally pressing these additional programmable buttons more often than I liked.

There are a lot of good reasons to consider upgrading to the All Controller, but a few caveats as well. The gamepad introduces a few additional programmable buttons that will take some time to get used to, like a pair of paddles on the back that are very easy to accidentally press. You’ll also need to remember to de-activate its settings screen with a button press in order to start playing, something I repeatedly kept forgetting to do, leading to mild frustration. Having to use a USB dongle for consoles like the PlayStation and Xbox is also not ideal, but the biggest drawback to the All Controller is the fact you can’t actually buy one yet.

Its creators are using a Kickstarter crowdfunding campaign to raise $75,000 (£56,670) to help fund the final development and production of the hardware. As with any crowdfunding project you can contribute with varying levels of support, but to take full advantage of everything the All Controller can do, you’ll need to spend $110 ( £83) for the limited Early Bird version that includes the wireless iteration of the controller and the USB dongle that allows it to work with most consoles. And delivery isn’t expected until March of 2018.

That’s almost twice the price of multi-device controllers from companies like SteelSeries, but to make them work with every gaming device you own, you’ll actually need two or three different versions of them. The All Controller is designed to work with everything, even devices not yet announced, so that £83 gets you a future-proof device that also saves you from having to upgrade year after year. [Kickstarter - All Controller]

Sky Getting Into The Speaker Business With Its New Soundbox