Why NASA Is Launching Massive Balloons of Bacteria Into the Sky

On Monday, the US will be enjoying a total solar eclipse, while we in Britain...get to hear about it on the internet. NASA—in collaboration with researchers at Montana State University—will be seizing the opportunity presented by the big event to launch some giant balloons.

These enormous balloons are part of a project aptly named the Eclipse Ballooning Project, and will be used to run several experiments, one of which could help researchers preparing for a mission to Mars.

Out of the total fleet of roughly 75 balloons, over 30 of them will carry small samples of an extremely resilient strand of bacteria called Paenibacillus xerothermodurans over 80,000 miles above Earth. The P. xerothermodurans samples will be attached to thin, aluminium “coupons” and attached to the outside of the balloons. According to the researchers, Earth’s stratosphere is similar to the surface atmosphere on Mars, so they’ll be able to get some idea of how bacteria might behave there. 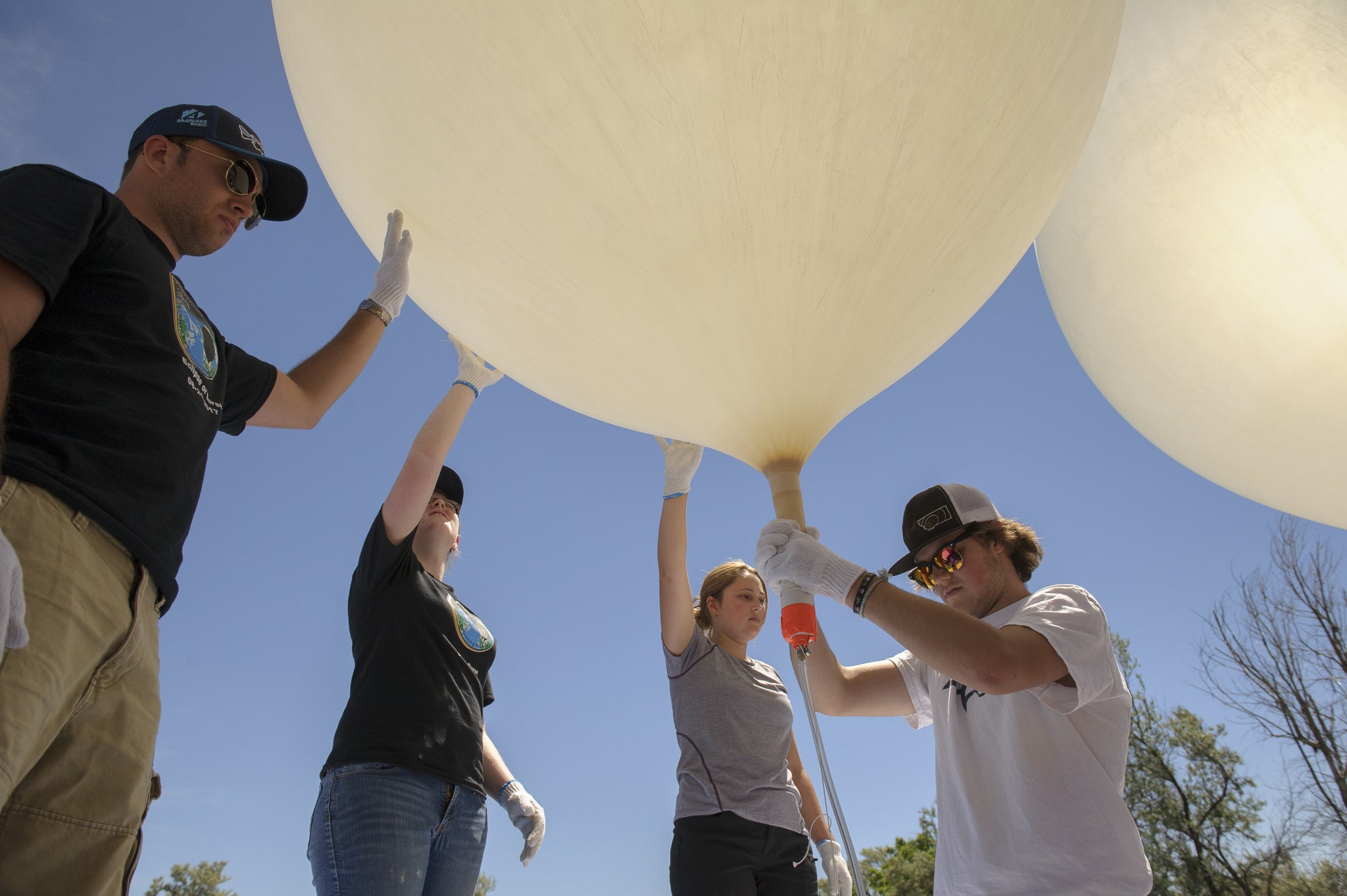 “We have to be extremely careful that we don’t bring bacteria or other tiny Earth organisms to other planets,” project leader Angela Des Jardins, Director of the Montana Space Grant Consortium (MSGC), told Gizmodo. “While most of these tiny forms of life that exists in abundance around us won’t survive the trip through space, it’s understood that some resilient types could ‘go dormant’ on the trip and then survive on the surface of the other planet. Therefore, in order to be prepared to keep planets we visit absolutely pristine, it’s important to understand how bacteria might behave there.”

In addition to testing out some hearty bacteria, the balloons will have cameras attached to them in order to capture cloud video. The team hopes this will be useful to scientists looking to understand cloud formation during a solar eclipse. Some balloons will also carry tiny weather stations called radiosondes, which researchers can later use to study how Earth’s atmosphere responds to an eclipse.

“We anticipate having high-quality video and images back from the balloons' flights within a day or two,” Jardins said. “Analysis of the bacteria experiment will be done by scientists at Cornell and it will likely be a month or two before results are ready. Analysis of the atmospheric response to the eclipse (from our special set of weather balloons) will similarly take a month or two.”

So if you see something strange in the sky this Monday, it's probably just a huge floating ball of bacteria. Nothing to worry about, right?

Here Are the Messages NASA Should Not Beam Into Deep Space