Blade Runner 2049 is like staying up all night to finish a 150,000-word fanfic that you started reading, thought was good but not great, and then just kept reading because you’d committed to it, goddammit. And then the next morning, as you struggle bleary-eyed through the work day, you keep wondering if it was worth it.

While watching Blade Runner 2049, I kept thinking about the first time I saw the original Blade Runner. It was in high school and it was shown as part of our film club, which was really just an excuse to eat food and watch movies in a classroom. After the movie, the room full of students was completely split in two: half the class loved the movie and the other half thought it was ridiculous and pretentious. Blade Runner 2049 recaptures that divisiveness perfectly.

Some people are going to hate it. Just absolutely loathe it. For one thing, at two hours and 45 minutes, it’s punishingly long. And this isn’t a movie where there’s a ton of action or comedy that gives it momentum where you don’t notice that your butt’s gone numb. Like the original, director Denis Villeneuve has put a lot of lingering shots and long scenes where things build slowly. To be sure, the set design, the props, and the cinematography of this movie are stunning—the irradiated orange and yellows of post-apocalyptic Las Vegas stands out—but giving the audience time to appreciate all that also means that they also feel every minute of the movie.

There are also a lot of characters and plot threads. Some get a lot of exploration, and some are glossed over so quickly that you spend a lot of time wondering why they were brought up at all. I’m thinking in particular of Lennie James’ Mr. Cotton, who exits and enters as a colourful character with a job unsettling enough as to make you want to call him back to explain what the hell he is even doing. And then there’s Jared Leto.

Leto’s Niander Wallace isn’t, thankfully, in this movie much. First of all, an unintended consequence of his “method” is that it’s now impossible to see him in a film and not think of him as Jared Leto. He doesn’t disappear into roles anymore. If you told me that in the future, Leto becomes a blind tech billionaire who speaks in circular riddles, I’d believe you. It’s just him now. Second, he’s also so over the top that, in a movie where everyone else is giving much lower-key performances, he’s impossible to take seriously.

The plot is straight-up a Blade Runner fanfic. That’s not a criticism; I love fanfic. But the savvy fan is going to pick up on plot cues faster than the average person. And while the first movie’s actual plot is easy to describe, the sequel’s so sprawling, so world-changing, that it defies a two-sentence description. I am not going to spoil the plot, but down to sly references and cameos, the whole movie feels like a fan getting to play in their favourite sandbox. (Edward James Olmos’ cameo is wonderful on every level. He does what you want, with the exact attitude you want.) 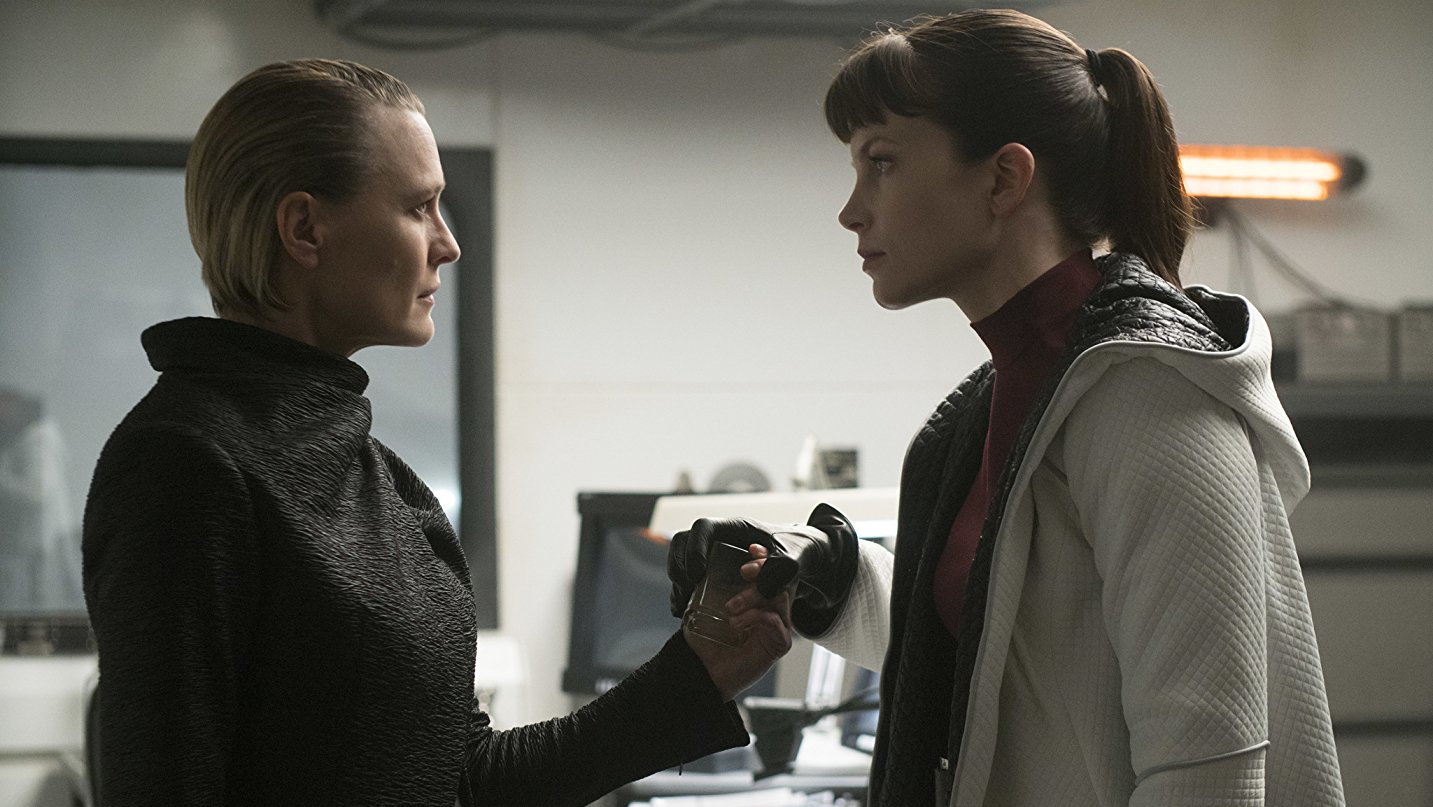 While the men of this movie—Leto’s Wallace, Ryan Gosling’s Agent K (serviceable), and a returning Harrison Ford’s Rick Deckard (Ford is very game, which makes him one of the funnest things in the movie)—are ostensibly the major players, it’s the women who really shine. Robin Wright’s Lieutenant Joshi is a wonderfully flawed mentor to K. Sylvia Hoeks’s Luv, who is terrifying and delivers one-liners with devilish aplomb. Ana de Armas’ Joi has an immensely complicated character arc, and she makes it seem effortless and real, and her relationship with K, with the world, and with herself is the best part of the film. (No spoilers, but Joi is also where this sequel most obviously and successfully builds on the themes of the first movie.)

The movie giving characters like this—characters not completely essential to the “plot”—space to breathe is one of its greatest strengths. The sheer variety of the lives represented by these characters makes the world of Blade Runner 2049 more real than even the best design ever could. Of course, it also contributes to the swollen running time.

There’s no way to excise the not-great parts of this movie from the great parts. Blade Runner 2049 is a gestalt, and while some will be enchanted by it, others will not. There are a number of reveals and twists that worked and fed into the themes of consciousness, identity, and connection that the first film explored. And there’s at least one major moment that felt a bit like a cop out. Everyone is going to react differently to this movie—everyone’s going to have some things they love, and some things they can’t stand. I’m still not sure if it was worth all of the time it demanded, but the fact that I can’t stop turning it over in my head is a point in its favour.

Blade Runner 2049 is gorgeous and thought-provoking, basically everything a fan could want. It’s also overly-long, overstuffed, and slightly too proud of its own cleverness. For fans, it’s definitely worth seeing. For everyone else: Just be prepared to puzzle over it for days after.