Brainless Jellyfish Are Making Us Rethink Our Understanding of Sleep

If you’ve ever seen a jellyfish in the wild, at an aquarium, or in one of those 11-minute-long relaxation videos on YouTube, you’ve probably wondered: What are jellyfish trying to do? What is their goal? The answer is not entirely obvious, as these barely sentient blobs seem to senselessly ferry themselves from one place to another just because they can. Now, new research gives over-thinkers yet another reason to envy jellyfish. Apparently, some of these animals without brains might sleep pretty peacefully.

A team of researchers have been studying a primitive, upside-down jellyfish genus known as Cassiopea. These brainless, spineless bottom-dwellers—which live in the tropical waters of the Pacific and Atlantic oceans—don’t swim around much. Instead, they rest on the ocean floor and pulsate. The group found that these lazy jellies seem to exhibit sleep-like behaviours similar to humans at night, suggesting that sleep is both very old and, surprisingly, doesn’t require a brain. The team’s research was published today in Current Biology.

“It may not seem surprising that jellyfish sleep—after all, mammals sleep, and other invertebrates such as worms and fruit flies sleep,” co-author Ravi Nath, a graduate student in Caltech’s Sternberg laboratory, said in a statement. “But jellyfish are the most evolutionarily ancient animals known to sleep. This finding opens up many more questions: Is sleep the property of neurons? And perhaps a more far-fetched question: Do plants sleep?” 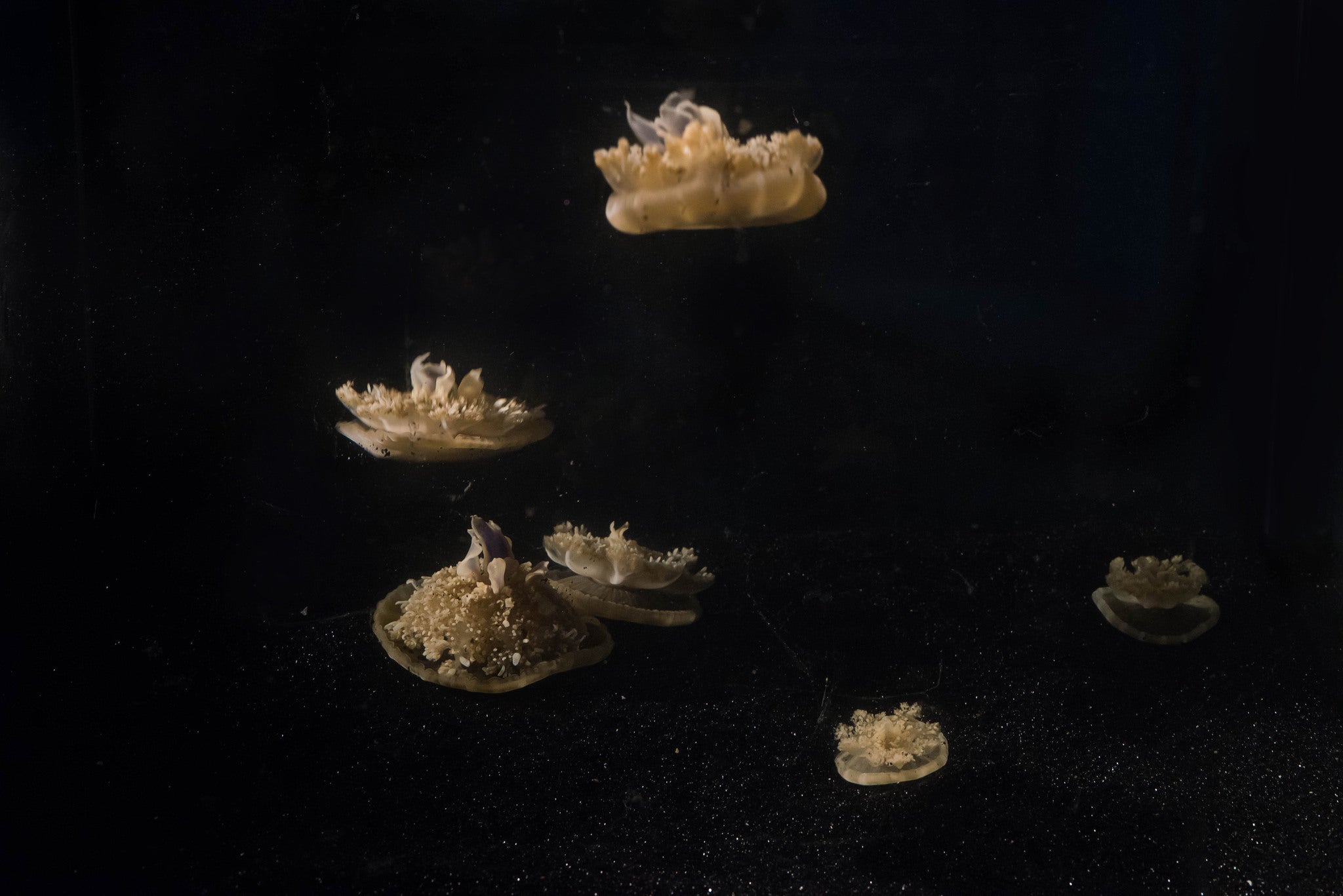 For animals to fit the technical definition of “asleep,” they must display inactivity, decreased response to stimuli, and negative reactions when deprived of precious slumber. To test if these jellies were truly snoozing, the team set up cameras to track how many times they pulsated over 24 hours. Apparently, the jellyfish went through periods at night where they pulsated 39 times per minute compared to about 58 times during the day.

The team tested the jellies’ response to stimuli by brutally pranking them. The researchers installed a platform in the tank which the jellyfish rested on during the day. When the researchers suddenly removed it, the jellyfish quickly swam to the new bottom of the tank. The team performed the same experiment at night during the jelly “sleep” state and found they were much slower to move to the tank’s bottom. Haha, idiots.

Finally, the team wanted to see how the jellyfish would behave if they were sleep-deprived, with no coffee to save them. The researchers shot water at the jellies at night every 10 seconds for about 20 minutes, and found that the animals entered their sleep state at unusual times during the day. Presumably the jellyfish were not pleased.

Clearly, much more research needs to be conducted to see whether or not these animals were truly asleep. Since this was all conducted in a lab, it’s unclear how Cassiopea or other jellies would behave in the wild. Still, the research shows that humans and jellyfish—despite overwhelming differences—can both agree that sleep is a much-needed respite from the daily horrors of existence. [Current Biology]