Cassini's Last Look at Titan Is Breathtaking and Bittersweet

The end is nigh for NASA’s Cassini spacecraft, the intrepid probe that’s been studying the Saturn system for the last 13 years. On Friday, 15th September, Cassini will plunge itself into Saturn’s atmosphere with its antenna pointed toward Earth, becoming part of the place it’s called home all these years.

Even in its final hours, Cassini has managed to deliver some of the most incredible photos it's taken in all its 20 years in space. Yesterday, the spacecraft sent back its last look at Saturn’s largest moon, Titan, as it prepares to meet its fate. Besides providing a nice view for the dying spacecraft, Titan is actually providing Cassini with gravity assists in order to change its orbit relative to Saturn. The flyby was an important part of Cassini’s last act. 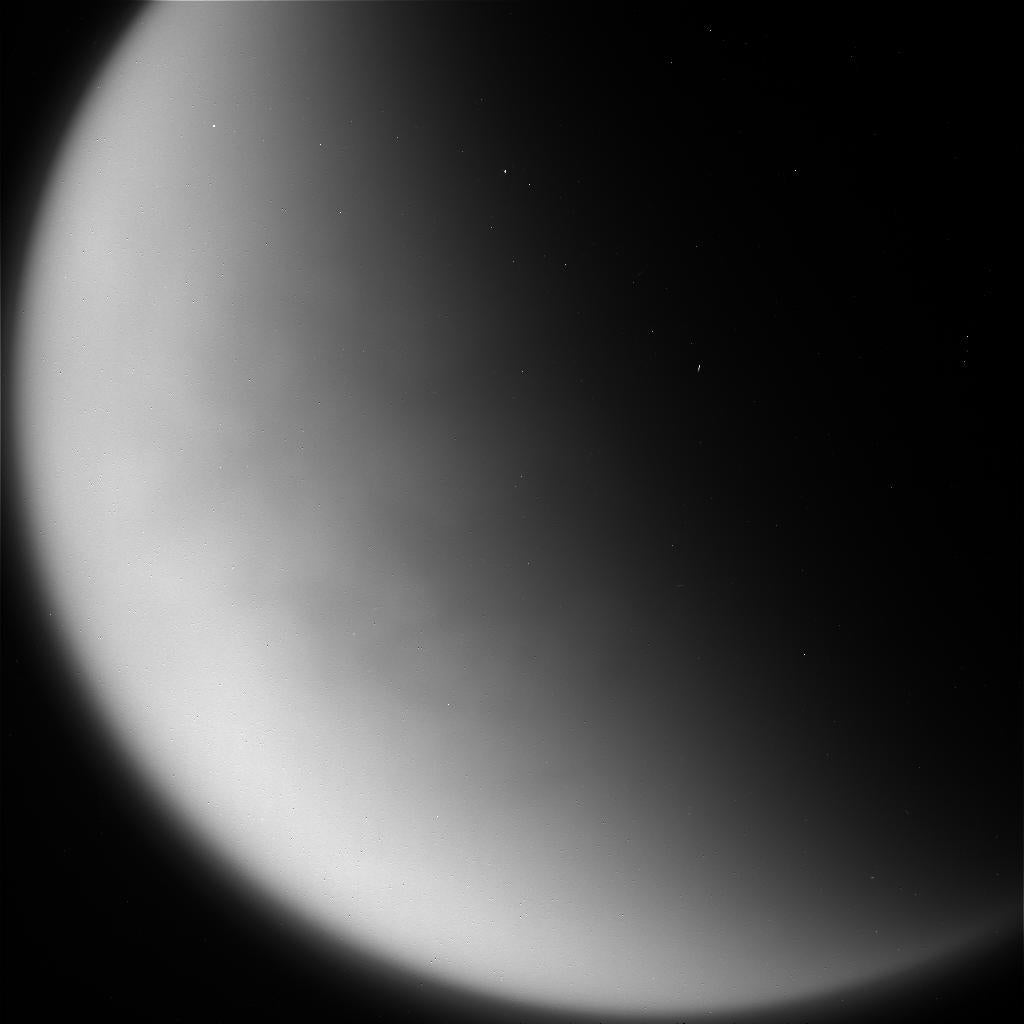 And another look at that same image:

Despite the haunting beauty of the photos, we can’t help but feel a little upset. It’s hard to say goodbye:

Titan. Honestly, that this picture has finally been taken makes me sad... :-( - https://t.co/QQ51aY8iBf#CassiniInspires pic.twitter.com/Owo42Eua1S

Cassini will spend the next few days preparing for its final plunge. It’s not much of a consolation, but while the spacecraft will be gone soon, its science will live forever.

(Okay, screw that. Cassini, I’m going to miss you so goddamn much.)

The UK Launched a Little Rocket Not Very High