Before Elon Musk, Jeff Bezos and other space enthusiasts can ship humans to Mars as easily as an Amazon Prime delivery, we need to figure out how they’ll fare on a foreign planet. Luckily, NASA and the University of Hawaii have been all over this, funding several successful iterations of an experiment called Hawaii Space Exploration Analog and Simulation (HI-SEAS), in which a crew of “astronauts” live in Mars-like conditions in a dome on a Hawaiian volcano. On Sunday, the fifth Hi-SEAS endeavor ended, meaning a crew of six “astronauts” have left the comfort of a literal bubble to greet the fresh hell that is Earth right now.

The crew entered their dome on 19th January 2017. Over the course of their pseudo-Martian sojourn, the team ate nonperishable foods (and some veggies grown in a lab) and lived in incredibly cramped quarters (1,200 square feet, or 111 square metres). To be fair, that’s a £3,000-a-month studio in Balham with tons of “natural lighting.” 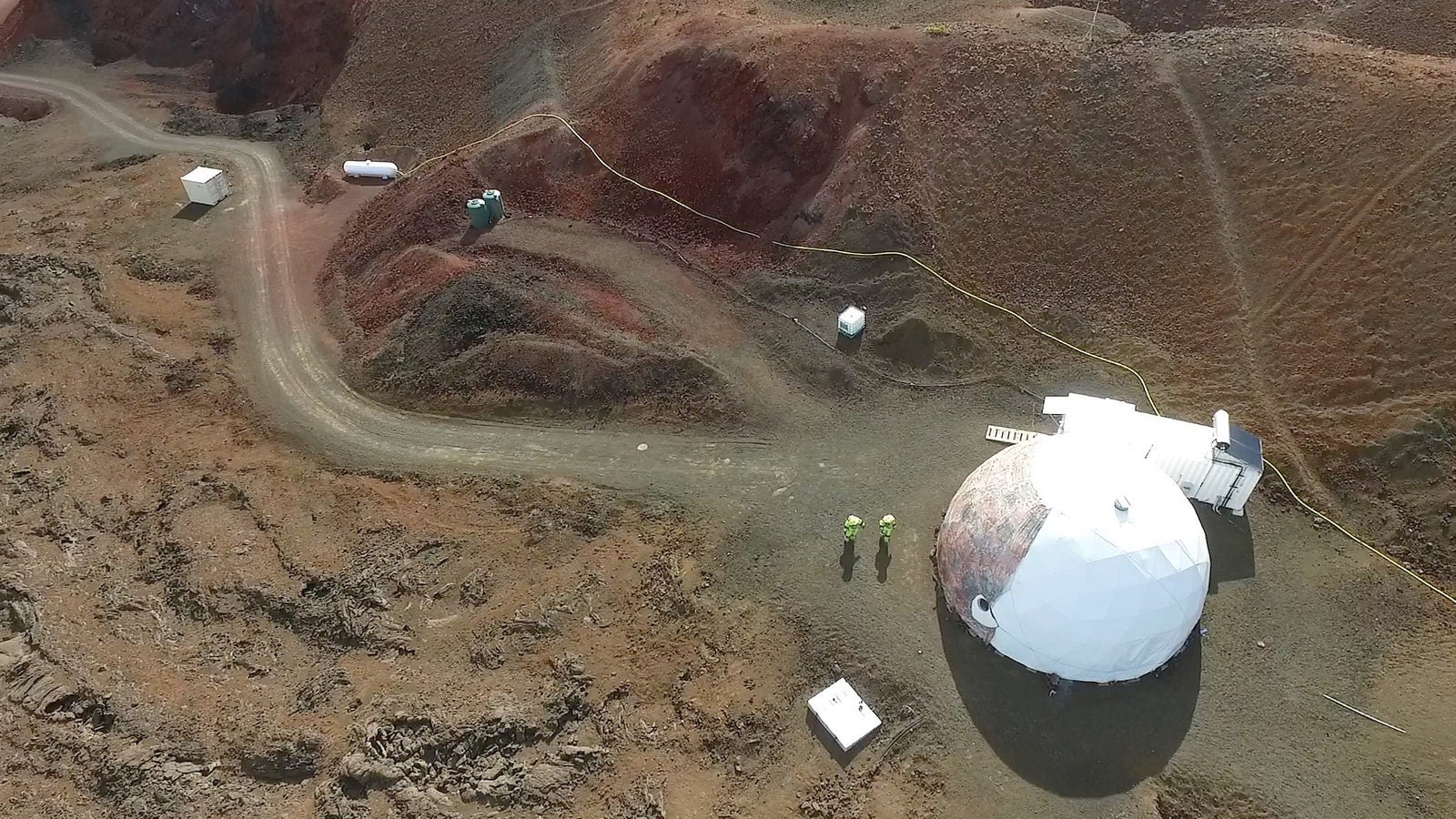 Somehow, the astronauts managed to not go all Lord of the Flies on each other, despite stewing in each others’ farts for eight months. According to Space.com, the astronauts even had to wear spacesuits outside when conducting scientific experiments, in addition to performing daily exercises as they would on Mars. At the end of their mission, the crew indulged in some pineapple and papaya. Ultimately, it seemed like a success—another Hi-SEAS mission is already slated for 2018.

“Long-term space travel is absolutely possible,” Laura Lark, IT specialist for this Hi-SEAS mission, said in a video about the experiment. “There are certainly technical challenges to be overcome. There are certainly human factors to be figured out, that’s part of what HI-SEAS is for. But I think that overcoming those challenges is just a matter of effort. We are absolutely capable of it.”

Hopefully the crew isn’t too tempted to crawl back into their dome after 20 minutes of reading the news. We need their optimism now more than ever. [Space.com]

What Would Happen If Everyone in the World Lost Their Sex Drive?