A new study shows that Toxoplasma gondii—a brain parasite often transmitted to humans by cats—triggers various changes in the human brain which potentially allow the pathogen to exacerbate several pre-existing neurological conditions. It’s a worrisome finding given that up to a third of Brits may be infected with the parasite, but more work is needed to assess T. gondii’s full impact on human health.

The new research, published recently in Scientific Reports, links T. gondii with several brain conditions, including Alzheimer’s, Parkinson’s, epilepsy, and even some cancers. The research, which involved 32 scientists across 16 institutions in the US, UK, Canada, and Australia, identifies key vulnerabilities in the human brain that enable the parasite to alter the course of a disease, and potentially make it even worse. The findings could eventually serve as a guide to help scientists design medications and interventions to repair and prevent neurological damage inflicted by T. gondii on the human brain.

“This study is a paradigm shifter,” proclaimed study co-author Dennis Steinler, a neuroscientist and aging expert at Tufts University, in a statement. “We now have to insert infectious disease into the equation of neurodegenerative diseases, epilepsy and neural cancers. At the same time, we have to translate aspects of this study into preventive treatments that include everything from drugs to diet to lifestyle, in order to delay disease onset and progression.” 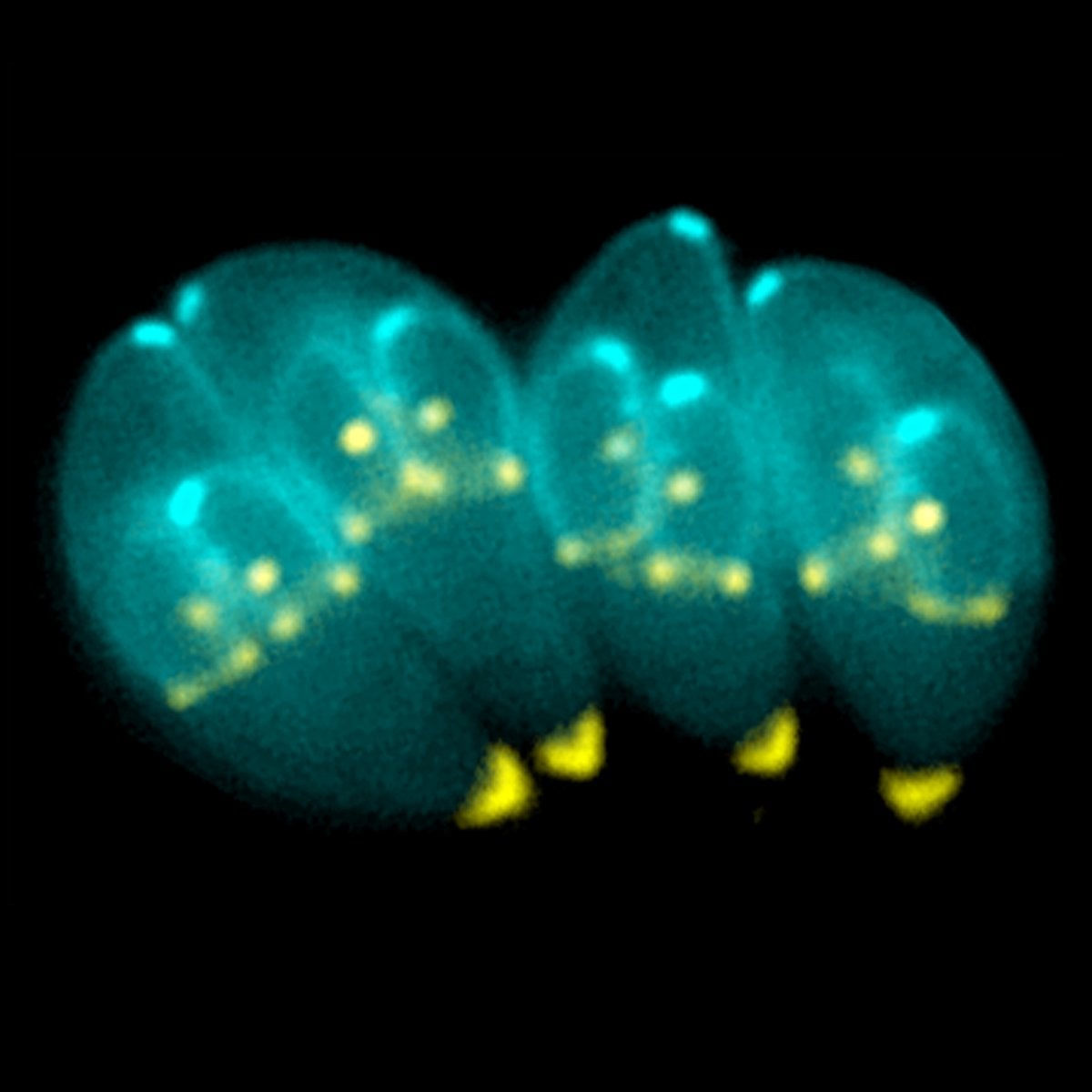 To understand why T. gondii is interfering with brain function, it’s important to understand how it works. Famously, the brain parasite causes infected mice to lose their instinctive fear of cats, or more specifically, cat urine. Unfortunately, this protozoan parasite is zoonotic, meaning it’s capable of infecting a broad range of warm-blooded species—humans included. The Center for Disease Control in the US estimates that at least two billion people are infected with the disease. In addition to spreading from cats to humans, T. gondii can be contracted by mother-to-child transmission (i.e. congenitally) or by eating undercooked food.

Most people with robust immune systems show no signs of infection, but T. gondii has been known to cause miscarriages, organ damage, and various eye disorders. Studies have found associations between T. gondii infections and migraines, seizure disorders, rage disorders, car accidents, schizophrenia, and increased rates of suicide, but in most cases these findings are based on a correlation and not conclusive. In lab tests, scientists have shown that infected chimpanzees—our closest living relative—lose their aversion to the smell of leopard urine following infection. But some scientists say the parasite can’t be associated with any behavioural abnormality in humans.

Epidemiological studies done on humans have uncovered links to brain disorders such as Parkinson’s and Alzheimer’s, but scientists haven’t been able to demonstrate how the parasite does its dirty work in the brain, or how we might be able to mitigate its effects. The new study fills the first of these two knowledge gaps, showing how T. gondii influences the course of these brain-centred diseases, making a bad thing worse in certain circumstances.

“We suspect it involves multiple factors,” said study co-author Rima McLeod, medical director of the Toxoplasmosis Center at the University of Chicago. “At the core [are the] characteristics of the parasite itself, the genes it expresses in the infected brain, susceptibility genes that could limit the host’s ability to prevent infection, and genes that control susceptibility to other diseases present in the human host. Other factors may include pregnancy, stress, additional infections, and a deficient microbiome. We hypothesised that when there is confluence of these factors, disease may occur.”

For the study, the researchers collected data from the National Collaborative Chicago-Based Congenital Toxoplasmosis Study, which includes 246 people infected with T. gondii dating back to 1981. By performing a “comprehensive systems analysis,” the scientists identified a wide range of parasite-instigated effects in the brain and their probable impact. The researchers also looked at the effect of T. gondii infection on cultured neural stem cells, which allowed them to see how proteins were being disturbed, and how genetic expression and gene networks were being altered.

Armed with this data, the scientists identified connections between T. gondii infection and the altered linkages associated with Alzheimer’s, Parkinson’s, epilepsy, and certain cancers. Disturbingly, the researchers also found evidence that the parasite manipulates a dozen human olfactory receptors in a way that closely mirrors its observed effects on mice and leopards.

This study doesn’t mean that, if you’re infected with T. gondii, that you’re at risk of contracting these diseases, or that an infection will exacerbate a pre-existing neurological condition. Because the parasite is altering genetic, proteomic, and other brain factors, everyone is going to react differently. More work needs to be done to suss this out, and determine who is and who isn’t at risk.

We reached out to the researchers for further clarification on any potential health risks stemming from a T. gondii infection, and we’ll update the post once we hear back.

To learn more about T. gondii and how to prevent an infection, check out Public Health England's information page. [Scientific Reports]

Particles in Tattoos Can Travel to Lymph Nodes, Study Finds