Asteroid mining—which may be necessary to get the human species off its only rock—has inched closer to reality over the last few years. Last week, asteroid mining groups joined with scientists at the European Planetary Science Congress 2017 (EPSC2017) hosted in Riga, Latvia, to present some key findings of the current efforts to begin off-planet resource extraction, and to demonstrate the architecture of a mission that would send 50 tiny, asteroid-prospecting satellites, called nanosatellites, to 300 nearby objects.

Part of the reason we want to mine asteroids is that doing so could unlock resources worth trillions of pounds, potentially staunching the need for environmentally-destructive mining on our own planet. But more enticing still to commercial space companies is the idea that asteroid mining could provide the raw materials for future space infrastructure. Launching supplies off the Earth is extremely expensive, so if we ever want to colonise the solar system, we’re going to need to be able to extract water and other raw materials in space.

One of the biggest riddles is how to even get to the asteroids we’d like to mine. It won’t be easy. Deep Space Industries (DSI), one of the largest asteroid mining companies, plans to have a robotic lander on an asteroid within three years, but another big name in the field, Planetary Resources Inc. (PRI), has seen setbacks. Their fully-funded Kickstarter to launch a small asteroid-prospecting telescope, Arkyd-100, failed after being unable to find sufficient “follow-on interest” from the larger space industry in 2016, and they eventually refunded their backers. PRI has plans to launch an Arkyd-200 asteroid prospector by 2020.

These setbacks aren’t stopping Pekka Janhunen, researcher at the Finnish Meteorological Institute and inventor of the electric sail, or e-sail, from dreaming up new space mining technologies. At EPSC2017, Janhunen presented the outline of a mission that aims to launch 50 e-sail propelled cubesats (tiny, low-cost satellites which have exploded in popularity in recent years) to visit and prospect 300 targets around the solar system, from Near Earth Asteroids (NEAs) to rocks in the asteroid belt. An e-sail is a version of a solar sail which uses a positively charged tether 12.4 miles long to repel itself from and move through the like-charged solar wind particles. The spacecraft slowly spins to stay on course, making one rotation every 50 minutes and eventually accelerating to speeds fast enough to explore the solar system. With one huge bonus...

“The main benefit of [the electric sail], in comparison to the current propulsion systems which are chemical rockets and ion engines, is that it’s propellant-less,” Janhunen told Gizmodo. That means that it doesn’t need to carry heavy fuel into space only to burn it up, making launches much more efficient. “It frees us from the curse of the rocket equation basically, so it removes this exponential mass dependence from the economics,” he said.

The cubesats’ payload would include a small telescope and infrared spectrometer to detect the class and composition of each asteroid that an individual cubesat visited. Another benefit of the plan is fleet redundancy: If all of the satellites don’t make it, hopefully at least some of them will. 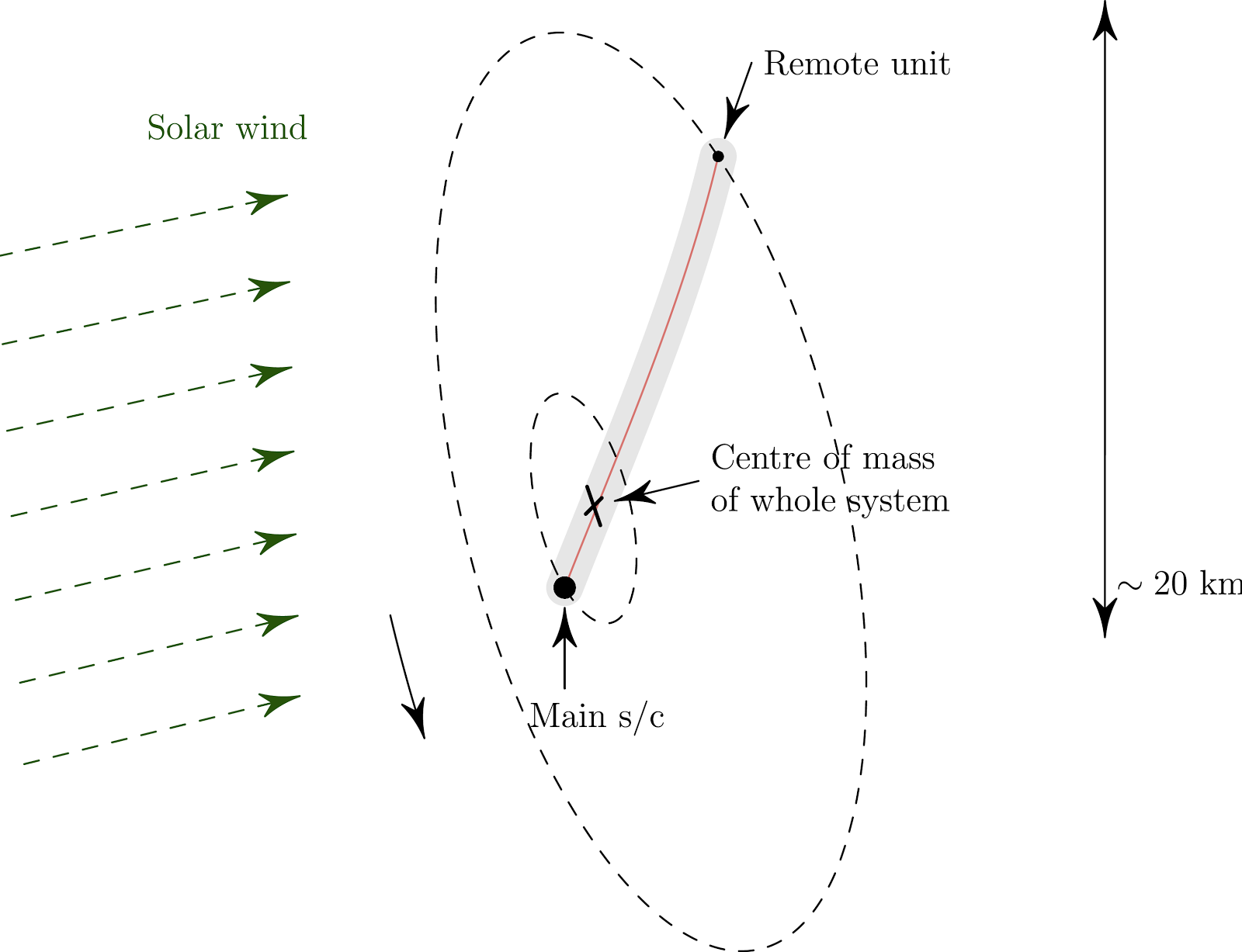 “We know that the space agencies are risk averse organisations and so they kind of like the idea, but they also are worried about the technical risks that are involved in this,” said Janhunen. The mission as planned would cost only 60 million Euros (or about £53 million) compared to current rocket-propelled options costing billions of pounds. But right now, it’s just a concept —Janhunen doesn’t have the backing of a space agency yet.

After retrieving the data, the probes would perform a return fly-by close to Earth, so they don’t need to include large and heavy antenna to send their data home. Beyond prospecting, Janhunen sees his technology as a potential way for space miners to send extracted material back to Earth, as well.

J.L. Galache, co-founder of asteroid prospecting company Aten Engineering, is more sceptical. “[E-sails] are currently not useful for mining because of their small payload capability (about 10kg to NEAs),” he told Gizmodo. “However, if they were capable of carrying hundreds of kg, maybe they could transport equipment to the NEA, and the mined water would be returned by rockets using some of that same water for propulsion.”

Mining asteroids poses a host of technical challenges even after we build spacecraft that can reach them. Galache, who helped present a white paper at EPSC that identified gaps in our knowledge and covered many practical aspects of what we need to prepare for once we arrive at an asteroid to mine it, says we’ve learned a lot from missions to small bodies in the solar system. These include the Japanese Space Agency’s Hayabusa 2 spacecraft arriving at 162173 Ryugu, the European Space Agency’s Rosetta orbiter and Philae lander rendezvousing with comet 67P/Churyumov–Gerasimenko, and NASA’s Dawn spacecraft’s encounter with dwarf planet Ceres.

“Most asteroids are a lot less dense than expected,” said Galache. At sizes of up to hundreds of metres, he said, many asteroids are “not solid lumps of rock, but are composed of small-to-large pieces, held together by gravity and chemical forces.” Basically, they’re rubble piles. “We still expect the few-metre sized asteroids to be monolithic, but none have been observed up close yet, so there could be surprises,” he said.

Would-be asteroid prospectors also learned from Rosetta’s mission and the Philae lander’s bumpy touchdown on Comet 67P that rendezvousing with a space rock is really hard. Navigating around oddly-shaped objects will need to be refined before asteroid mining becomes the real deal. What’s more, many asteroids probably have a layer of electrically-charged fine to coarse dust, called regolith. This dust was something that astronauts on moonwalks had to struggle with, and Galache expects any mining equipment to have to deal with the same thing.

Itokawa, a nearby asteroid which was visited by the Hayabusa 1 spacecraft, “was expected to have little or no regolith due to its smallish size, around 500m long, and yet it’s covered in it,” said Galache. “Given the amount of regolith on the surfaces, we’ve discovered that micro-impacts from tiny particles will make the asteroid vibrate and fine regolith will move ‘downhill’ due to these vibrations.” These kinds of findings need to be taken into account when designing equipment that can survive on asteroids’ harsh surfaces.

Asteroid mining will be the first step in a long journey toward a permanent human presence beyond Low Earth Orbit. Despite the many hurdles and delays, Galache expects one of the two big names, Deep Space Industries or Planetary Resources, to visit a Near Earth Asteroid and return with spectrographic information in the next two to four years. After that, a material return mission would be the next step. Hopefully, during the intervening years, traditional mining companies will continue to develop the tools needed for us to access the vast riches found across space.