Forget BMW, the Garmin Speak Is a Cheaper Way to Put Alexa in Your Car

The most useful place for a voice-activated digital assistant isn’t your office, kitchen, or living room. It’s in your car, where your hands and eyes should be pre-occupied with driving. So Garmin put Amazon’s Alexa in a new bare-bones navigation device that will ensure you’ll never get lost, and never get lonely, on a long drive.

Last month, BMW announced that it would be one of the first automakers to incorporate Amazon’s digital assistant into its vehicles, some time in 2018. But the cheapest BMW will cost you over £20,000, while Garmin’s new Speak is $150 (£114), and it can be installed in the vehicle you already own, or any vehicle that has a windscreen and power access. (Please note: currently the Garmin Speak can only be ordered from the US.) 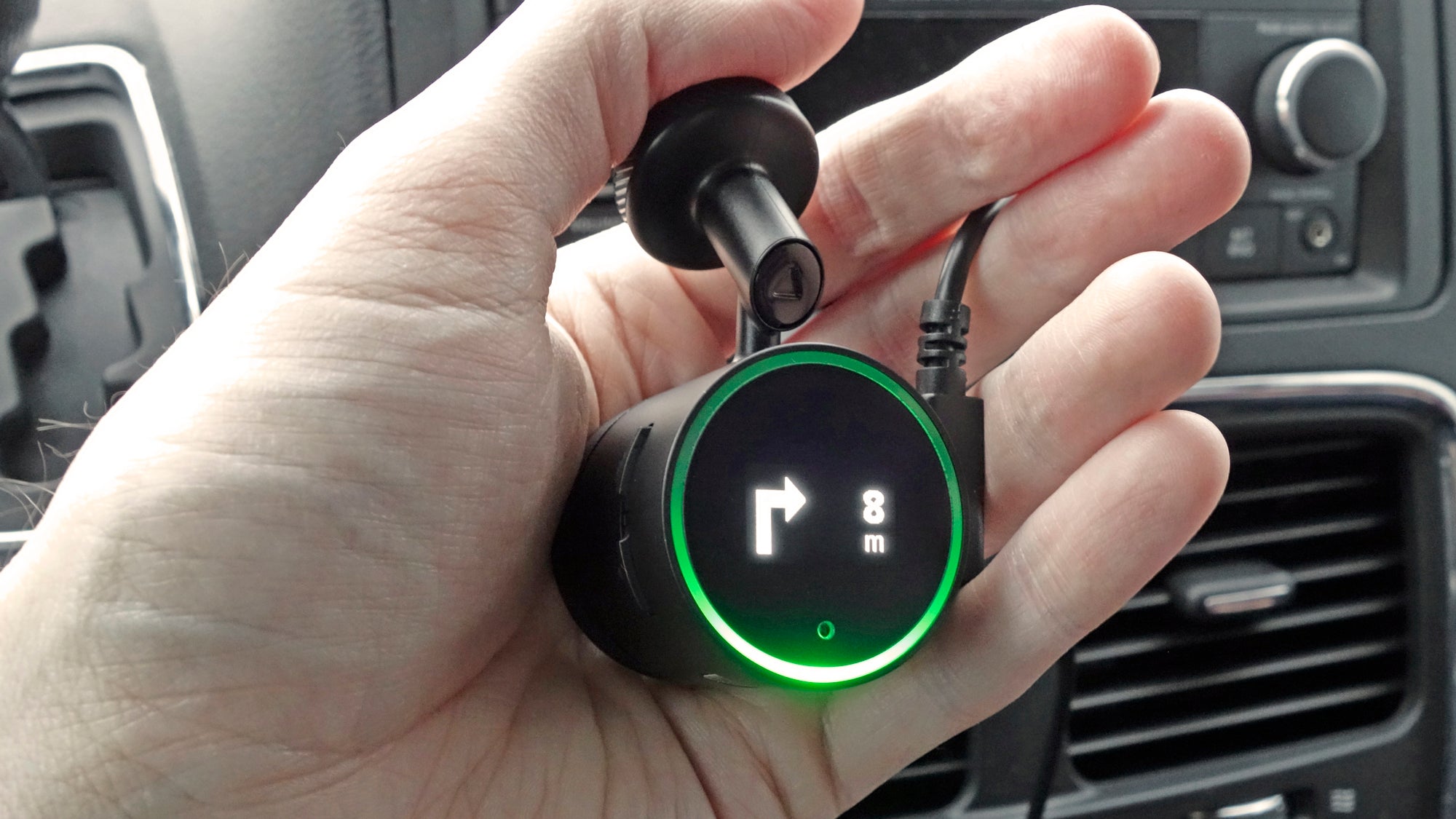 As far as GPS units go, the Garmin Speak is easily one of the smallest and least obtrusive aftermarket upgrades. (All images: Andrew Liszewski/Gizmodo)

You can already sort of access Amazon’s Alexa from your car, either by using its iOS or Android app, or by mounting one of Amazon’s smaller Echo speakers to your dashboard and turning your smartphone into a wi-fi hotspot. Those aren’t very good options, and the compact Garmin Speak, which looks like a palm-sized miniature version of the Amazon Echo, makes it much easier to bring Alexa along for a drive, with the added benefit of Garmin’s highly-regarded navigation capabilities. 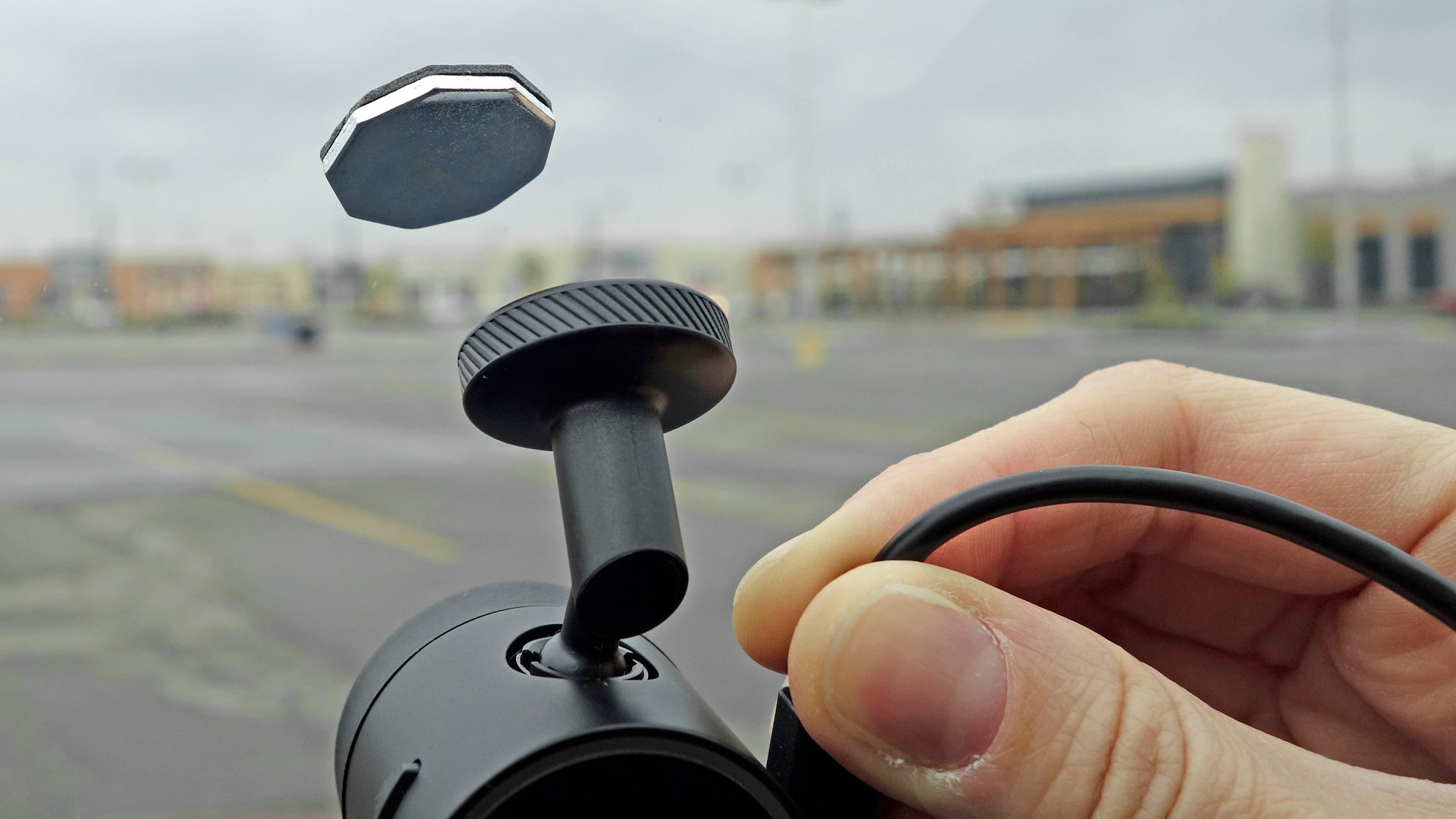 A small magnetic disk attaches to your car’s windshield making the Speak easy to mount and remove.

Installing the Garmin Speak is easy enough, simply requiring you to stick an adhesive magnetic mount to your windscreen so the unit can be easily removed and re-attached. What’s a little harder is routing its power cable so it doesn’t hinder the driver’s view. Garmin recommends running it around the edge of your windscreen by tucking the cord into the surrounding seam, but that didn’t work in my vehicle so the Speak’s power cord simply hung down onto the dashboard. Including a couple of adhesive clips to help better hold and route the Speak’s cable would have been more helpful. 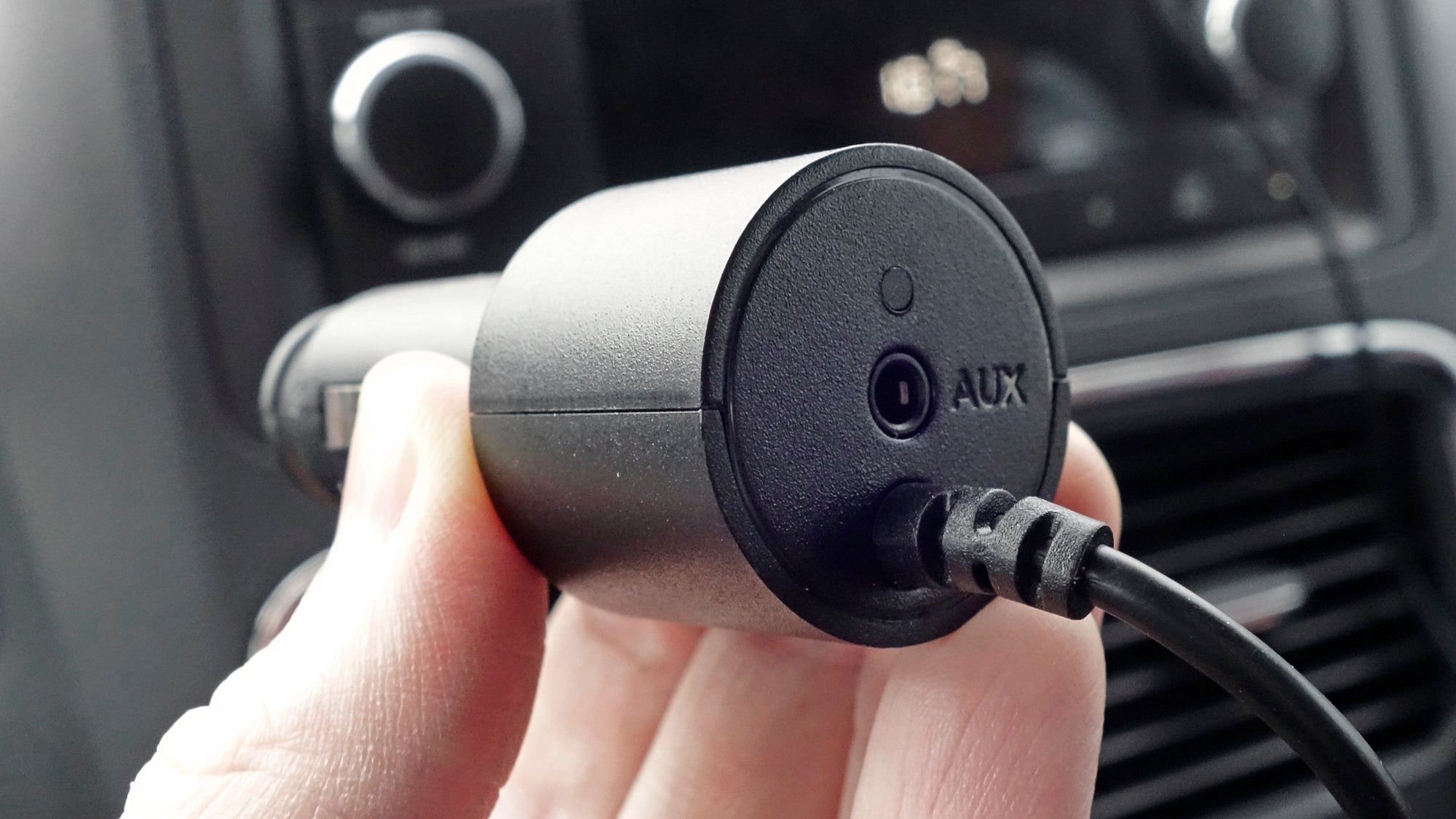 The included power cable plugs into your car’s cigarette lighter, and includes an AUX jack so you can route audio from the Speak through your car’s sound system if it doesn’t have wireless capabilities. But since the device relies on your smartphone for both GPS and mobile internet, including an extra USB port on this plug would have made it easier for drivers, especially those in older vehicles, to keep their smartphones charged at the same time.

Once the Speak has been connected to your smartphone over Bluetooth, via an accompanying Garmin app, and you’ve installed the new Garmin Alexa skill, you can start interacting with Alexa just as you would using one of the Echo speakers. That includes accessing any media you have sitting on Amazon’s servers which can be played through your vehicle’s sound system, or through the Speak’s own tiny speaker, which sounds kind of awful and is really only ideal for playing back Alexa’s responses. 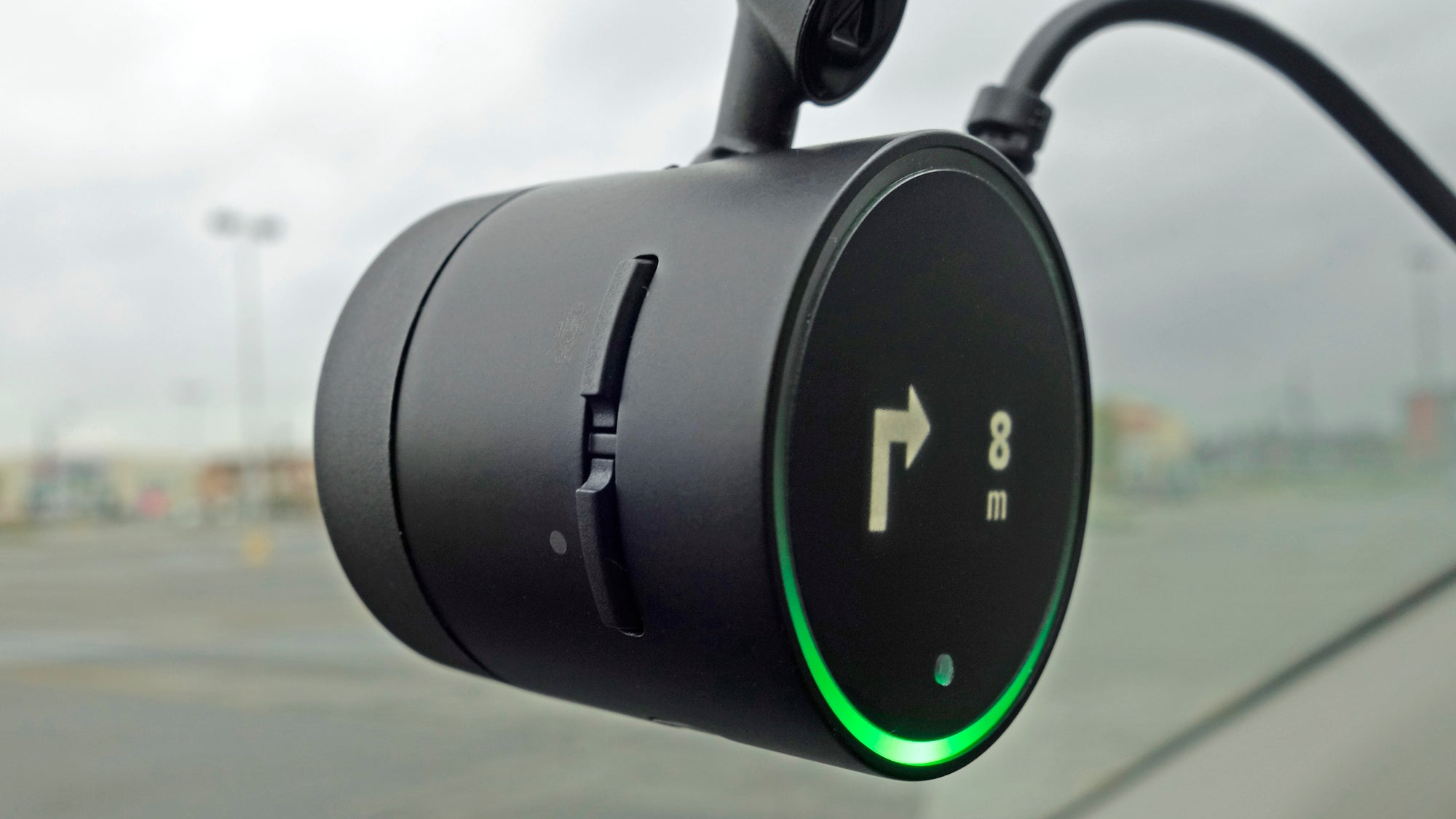 There are only two buttons on the Garmin Speak, one used to mute the microphone, and one used as an action/confirmation button.

Using the Speak as a GPS device can be all done through voice commands. But it isn’t contextual. You need to remember to always say, “Alexa, ask Garmin to...” when it comes to asking anything navigation-related, which I found easy to forget during my day of testing. And instead of a scrolling map, directions are provided using a combination of voice prompts, and a simple black and white OLED display showing directional arrows and distances. A light-up LED ring, which is also used as a visual representation of Alexa interactions, will glow green when it’s time for you to pay attention and make a specific manoeuvre. 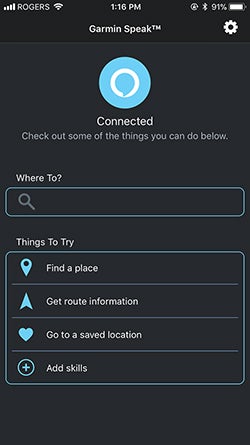 Even with Alexa’s ever-growing intelligence, trying to find a specific destination was occasionally difficult using just voice commands. When you find yourself getting too frustrated, you can always pop open the Garmin Speak app to manually search and find the place you’re looking for—but that requires you to pull over and stop if you’re a law-abiding motorist.

Having tested all kinds of GPS devices over the years, I didn’t think the simplicity of the Speak would allow it to be as effective a navigation tool as devices that use an on-screen map. But aside from one incident where the Speak directed me onto, then off, and then back onto an expensive toll road, I was surprised at how useable the device was.

Yet I also hate that you have to ask Alexa to then ask Garmin to do anything nav-related—it’s an extra step that I suspect most will often forget to use, even after using the Speak for a while. It just doesn’t feel natural, and it (plus the price tag) will probably be a big difference between the Speak and BMW’s upcoming Alexa integration. 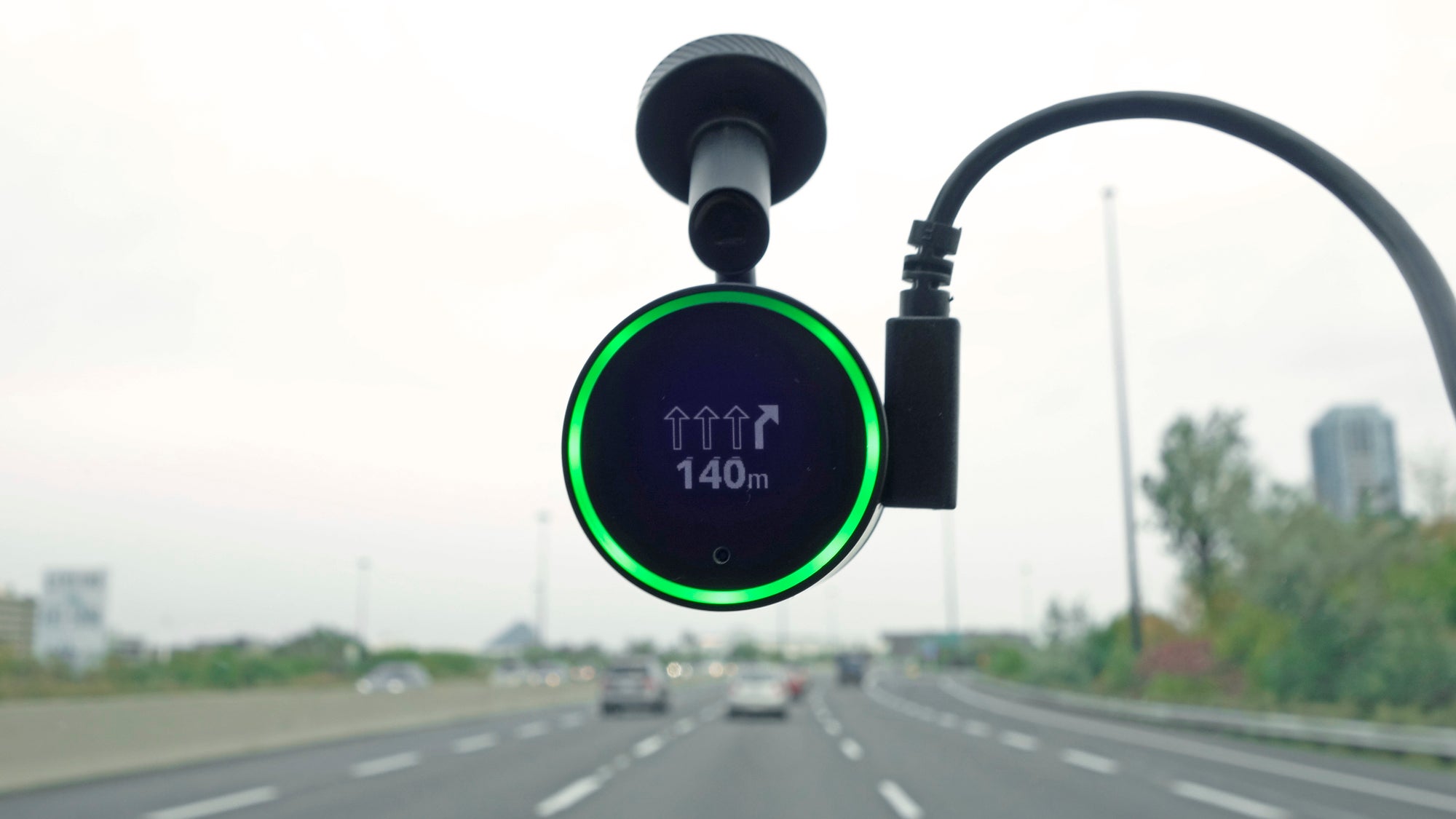 The Speak’s simple OLED screen provides basic directional prompts, including a very useful distance countdown to your next turn.

Who is the Garmin Speak for? Mostly people who heavily rely on Amazon and Alexa for their everyday routines. If you’ve completely bought into the Amazon eco-system, including music subscriptions and shopping, then having Alexa easily accessible from your car while you commute to and from work will certainly be useful. 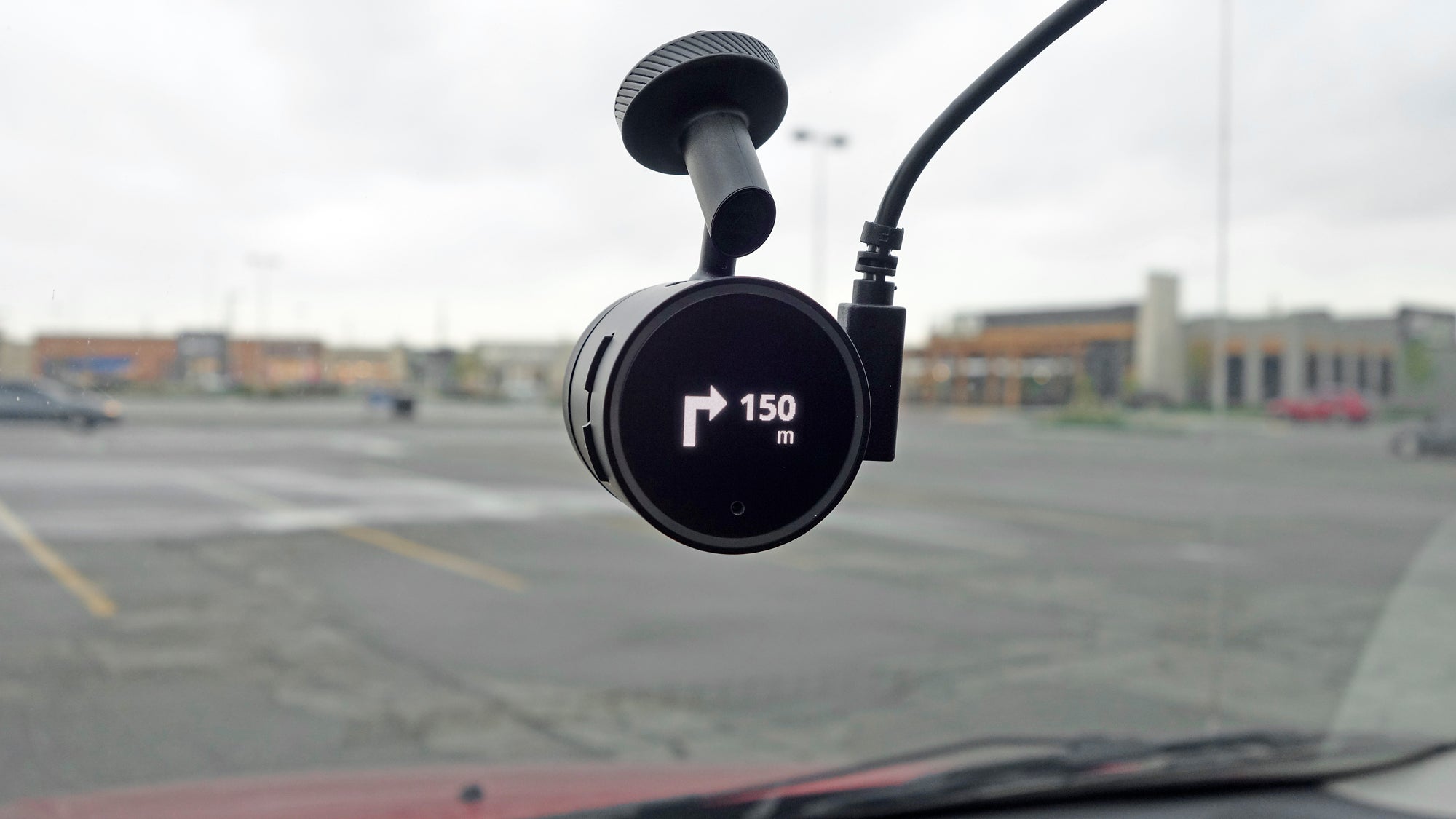 If you miss having access to Alexa while commuting to work, the Garmin Speak turns the digital assistant into your co-pilot.

If the Speak were priced under £100, I would be tempted to recommend it as a cheap solution for smartphone owners wanting a dedicated navigation device in their cars. But as it stands, it’s priced similar to Garmin’s cheapest touchscreen navigation device, and as fun as having Alexa along for the ride is, she isn’t necessary for finding the closest petrol station, or the quickest route to gran’s. [Garmin]

Huawei’s Mate 10 Wants to be the Smartest Phone Around, But What Does That Even Mean?

John Lewis is Ditching Sat Navs, Because Everyone Just Uses Their Phones Now