Snap Screws Up Basic Website, Blows Lid Off Its Own Surprise AR Announcement

Snap, Inc., the social media giant behind Snapchat and Bitmoji, launched a countdown clock for a mystery announcement on Monday afternoon at https://art.snapchat.com.

Unfortunately for Snap, which has been losing hundreds of millions of pounds a year, seen tanking stock and turned to bragging about its cool augmented-reality hot dog amid poor growth numbers, the security measures surrounding its big announcement were not exactly impregnable. In fact, as noted by a number of Twitter users, the site pulled information on what time it is from the client side—meaning anyone could simply forward their system clock and immediately gain access to the launch content.

I wish startups would learn to start guarding against client-side date setting pic.twitter.com/TY8zMneEDq

Upon jumping over Snap’s wobbly old fence, users are informed that the big reveal is nothing other than an augmented-reality popup project with Jeff Koons. He’s the artist best known for kitschy pop-culture art, like giant stainless steel sculptures of balloon animals. Per data available on the unlocked version of the site, Snap users will be able to experience some of his work projected on their phone screens in AR at a number of famous locales like Paris’ Champ de Mars, New York’s Central Park, the Sydney Opera House or London’s Hyde Park.

Here are some of the promotional images from the campaign:

The operators of the site appeared to have made an embedded video inaccessible when users discovered how to bypass the timer. But TechCrunch obtained a sound-free rip originally obtained by software engineer Jonah Grant, one of the social media users first to discover the security flaw. It features Koons talking about something as photogenic Snapchat users flock to a SnapMap GPS beacon before his art fills their phone screens, the assorted hipsters looking on in awe. 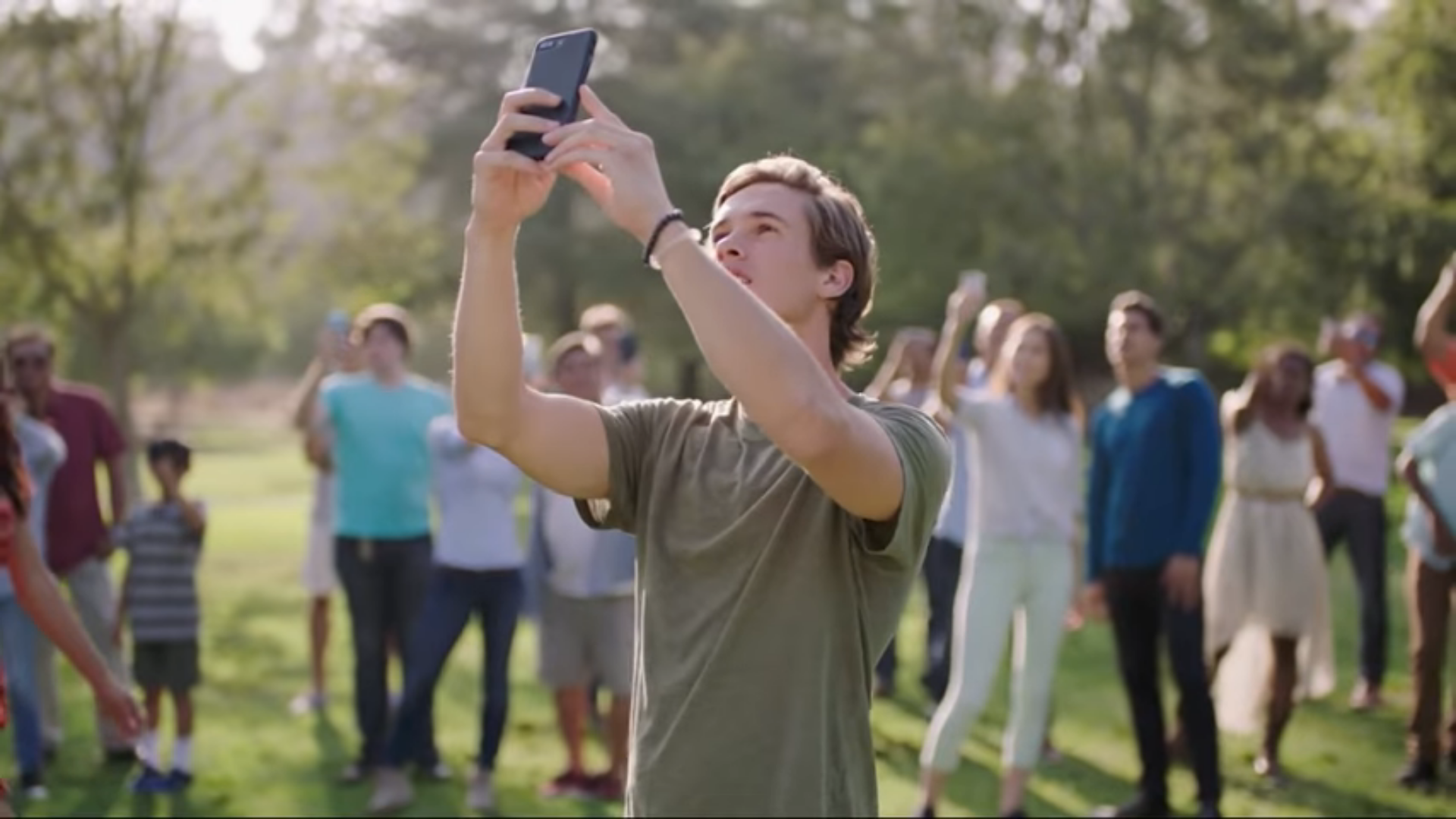 As TechCrunch noted, the video suggests that Koons’ involvement is intended to promote a new platform called Snapchat ART. Also on the unlocked version of the launch site is a signup form for other artists who may be interested in participating in the project—hinting this may be a way for the company to fill up its augmented reality with fresh, hot content.

In 2013, Koons set a world record for an auction by a living artist after selling one of his balloon-dog sculptures weighing 6,600 pounds for $58.4 million (£44.09 million), or approximately £6,680 a pound. So Snap really couldn’t have picked a more expensive partner, though in fairness, they did pick one whose work could be really easily rendered on a phone.

More details will likely be coming by tomorrow, when the timer was set to run out. Snap did not immediately respond to a request for comment on this story, and we’ll update if we hear back.

'Jargon-Busting' Social Media Guides for Teens Have Just Been Released

Snapshat CEO on Company Earnings: The Dancing Hot Dog Was Loved by All