In 1911, two teams—one from Norway and one from Britain—vied to become the first to reach the South Pole. Led by Roald Amundsen, the Norwegian team won the race, while all five members of Robert Falcon Scott’s Terra Nova Expedition perished on the return journey home. New research suggests Amundsen’s team may have benefited from an early start, taking advantage of an unusually warm Antarctic summer.

New research published in Bulletin of the American Meteorological Society reveals new details about an exceptionally warm Antarctic summer that likely influenced the outcome of the 1911-1912 race to the South Pole. A team led by Ryan Fogt, an atmospheric scientist at Ohio University, came to this conclusion after reconstructing atmospheric pressures for the frozen continent from 1905 to the present. The researchers did so by examining observations collected during the two expeditions, and by collecting whatever data they could from weather stations in Antarctica and elsewhere in the Southern Hemisphere during this period.

Previous to this study, scientists and historians knew that Antarctica experienced warm weather that summer, but no one had bothered to consider if or how unusual it really was, or how this weather may have influenced the race to the southernmost tip of the planet. Amundsen’s team reached the South Pole on 14th December 1911 and returned safely, while Scott arrived at the Pole 34 days later. Sadly, his team perished on the ice sometime in March 1912. Some of their bodies, journals, and photos were uncovered by a search party eight months later. 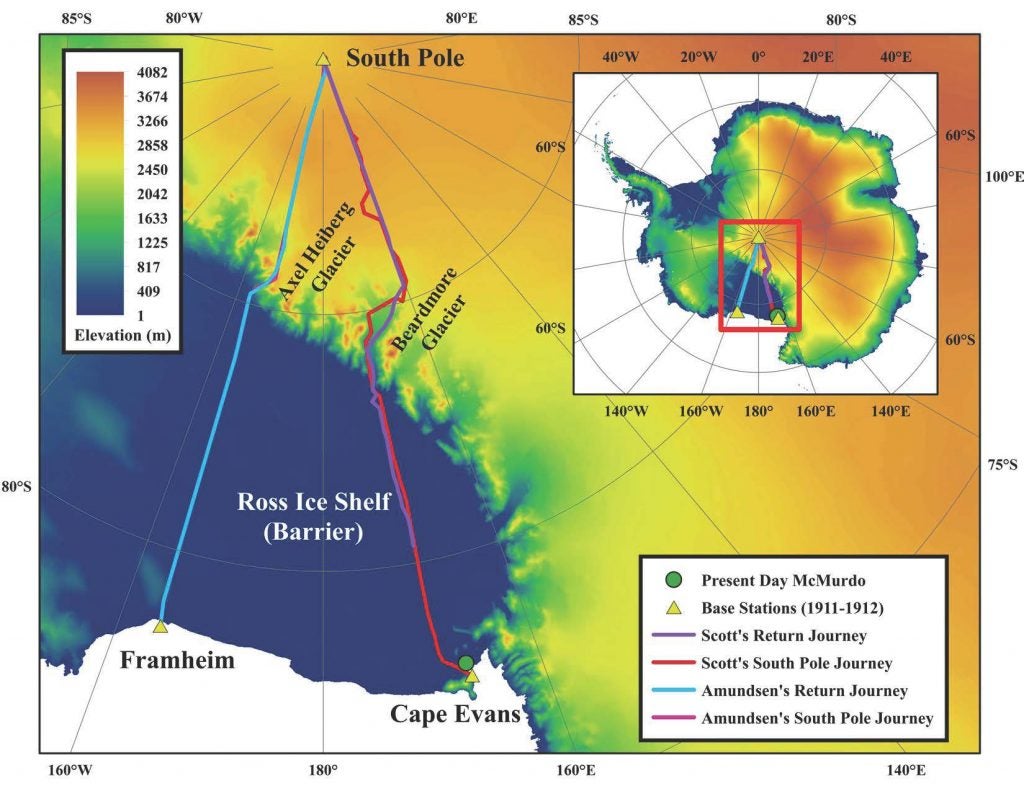 A map showing the routes taken by Amundsen and Scott on their respective journeys. (Image: Ryan Fogt/American Meteorological Society/BAMS)

In an accompanying paper published in Geophysical Research Letters, also headed by Fogt, the researchers showed that low pressure systems above Antarctica are now more common than they were in the early part of the 20th century, and that the thinning ozone layer has much to do with it. Because the ozone hole is cooling the stratosphere above Antarctica, low pressure systems are forming with increased frequency. These low pressure systems produce stronger westerly winds, which keeps the continent colder in the summer than usual. Fogt’s team wanted to know what Antarctica’s climate was like before the gap in the ozone formed, and to create a larger data set of meteorological data that can be applied to climate modelling.

As the new research shows, Antarctica experienced an atypical rash of high pressure during the early parts of the 20th century, causing the relatively balmy summers experienced by Amundsen and, to a lesser degree, Scott. 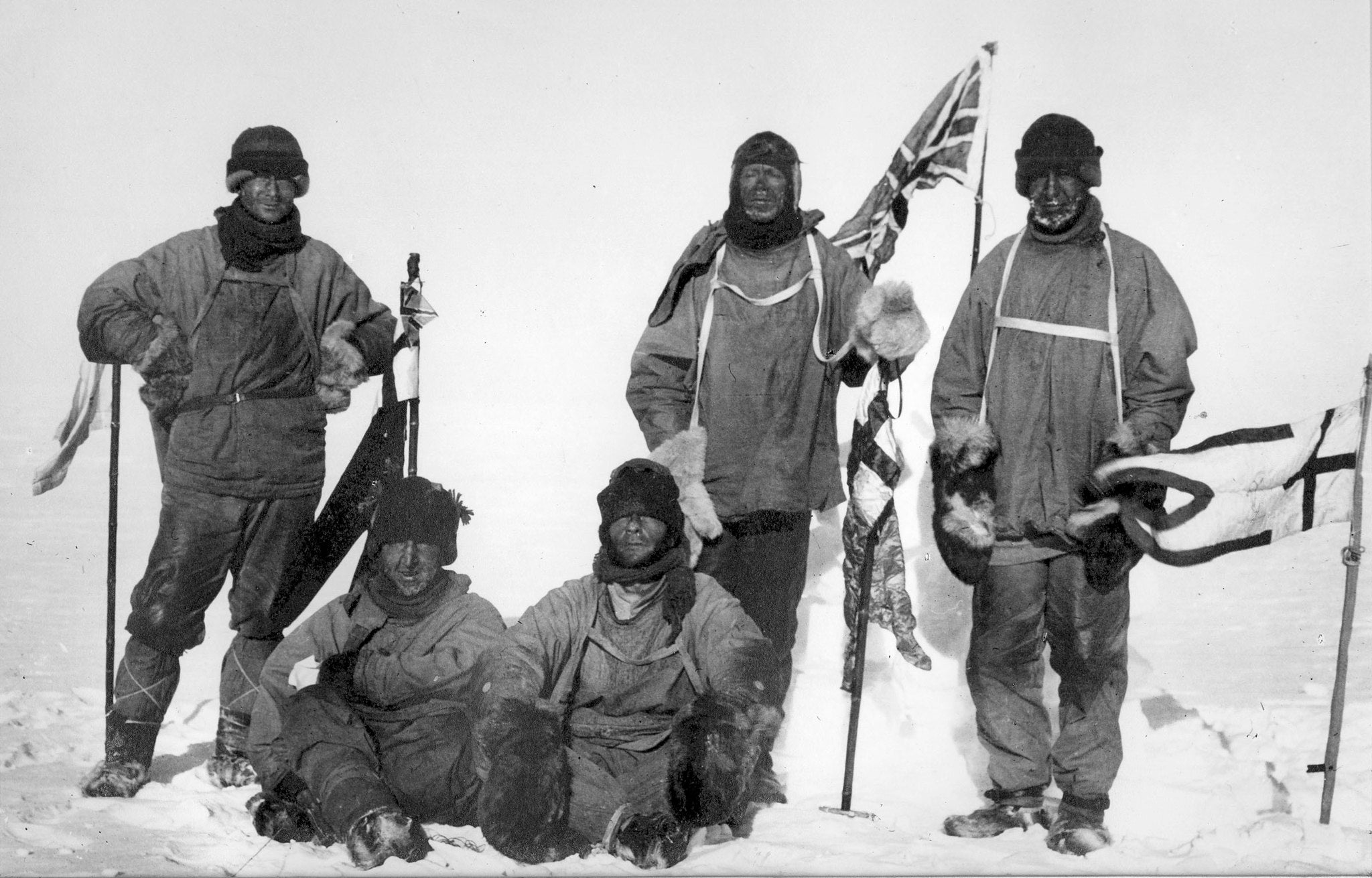 “In context, the pressures and temperatures were exceptional,” said Fogt in a statement. “The high pressure and the warmer conditions were measurements we haven’t seen much of since...I think it’s a new element to the South Pole expeditions that hasn’t to my knowledge been considered.”

The Ross Ice Shelf and locations near the South Pole were unusually warm in December 1911, according to the new research. When Amundsen’s crew was trundling through the ice and snow on the Antarctic Plateau, his team experienced temperatures above minus 16 degrees Celsius—that’s more than 10 degrees C above average.

Scott’s team lagged behind, but they also experienced warm weather, but not to the same degree; they experienced temperatures about 5 degrees C above average. Scott’s team also had the misfortune of hitting some inclement weather, including a particularly a wet snowstorm that hindered their progress along the Ross Ice Shelf towards the Antarctic Plateau. This delayed them for days—a delay that proved fatal. Amundsen’s team returned to base in late January 1912, but the Scott expedition perished two months later when temperatures suddenly dropped along the Ross Ice Shelf.

“Certainly, there were large differences in leadership styles that led to the outcomes, and that played a major role, but researchers haven’t to my knowledge looked at the summer conditions during the race itself,” said Fogt. “This year was quite exceptional.” [Geophysical Research Letters and Bulletin of the American Meteorological Society]

Ada Lovelace: The World's First Computer Programmer Was a Victorian Mother of Three