The Secrets Behind Blade Runner 2049's Most Surprising Special Effect

Most fans knew that there’d be important connections between this year’s Blade Runner movie and the one that came out 35 years ago. But one of those links was a major shock and took a lot of work to pull off.

If you’ve seen Blade Runner 2049, then you’ve witnessed the surprising cameo of Rachael, the Replicant played by Sean Young in the original 1982 film. The recreation is so perfect that we’ve been wondering how it was done since the movie first came out. This character is, of course, a CGI creation and a gallery on Entertainment Weekly details how neo-Rachel came to life. 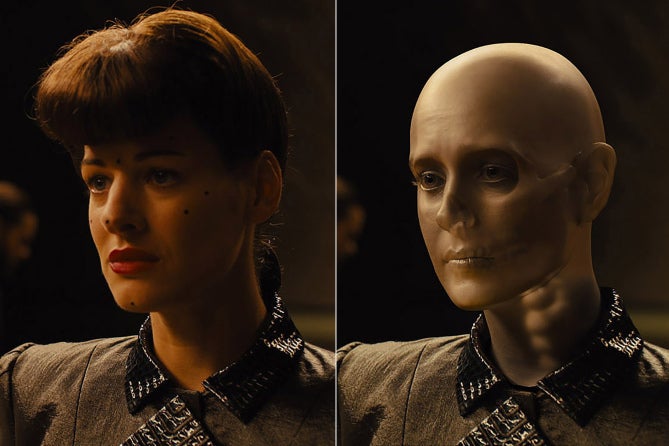 The entire process of creating 2049 Rachael took a whole year and was led by visual effects supervisor John Nelson. It’s not an easy thing to recreate a person with CGI, as Rogue One showed last year, with its Tarkin and Leia.

Since her son was on the film as a production assistant, Sean Young got to be on set while actress Loren Peta acted out the performance that would be the foundation for the effects work. And later, both Peta and Young spent a day in Budapest in facial motion-capture rigs, with both women performing Rachael’s scene in the film. Of course, rumours flew that Young was reprising her role in Blade Runner 2049, despite the fact that Rachael was codenamed on set, as the EW story says, “Rita.”

You can see the difference between Peta and Young’s facial structures in the image, which all of a sudden make it seem like the Blade Runner universe could be a great setting for a horror film.

More pictures from the process are up at EW.

We Love the Badass Grandma in Pixar's Coco

This Insane Gremlins Poster Has 84 Different References On It - Can You Guess Them All?