Windows Phone is dead, but Microsoft isn’t getting out of mobile—in fact it’s redoubling its efforts. With plenty of apps for iOS and Android out now and improving fast, you can recreate much of the feel of a Windows Phone on your existing handset, as long as you can live without those rotating tiles. Here’s how to go all-in with Microsoft on mobile.

We’re going to focus on Android here because it’s inherently more skinnable and customisable than Apple’s mobile platform, and Microsoft is taking full advantage. You can get a similar suite of Redmond apps for iOS, but you’re still left with an experience that’s mostly Apple. Grab yourself an Android phone and we’ll get started.

Android launchers, for the uninitiated, appear when you hit the Home button—they control the icons, the wallpaper, the home screen layouts, the app drawer and more. It’s not quite the same as installing a whole new version of Android, but it can feel like it.

Microsoft has been making its own launcher called Arrow Launcher since 2015, but it’s recently been given a revamp and a rebrand to Microsoft Launcher. The new version isn’t publicly available at the time of writing, but you can get the beta installed on your Android device by following the download link from here. 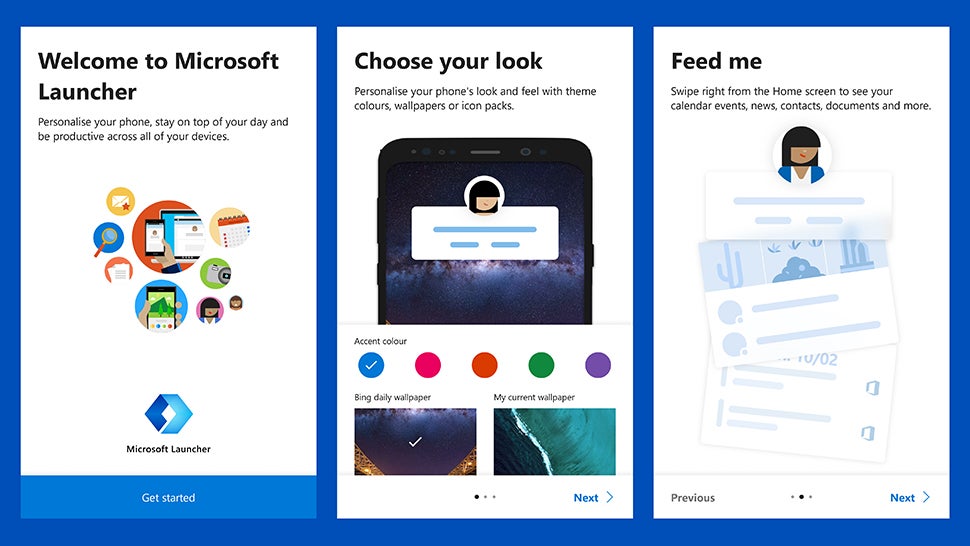 Launch the launcher, and you get to choose some aspects of the interface, and get the option of having the Bing daily wallpaper show up on your phone too. You’ll then have to give the app some permissions so it can control everything on your phone, and sign in using your Microsoft account, if you want to easily sync all your Microsoft stuff to your newly modified Android phone.

As with Google’s stock launcher, you can swipe right from the home screen to get at a feed of weather, appointments, and news. Widgets show your frequently used apps, recent messages and photos, and favourite contacts, and all of this can be customised. You’ve also got handy widgets for jotting down notes and seeing documents on your device and in OneDrive. 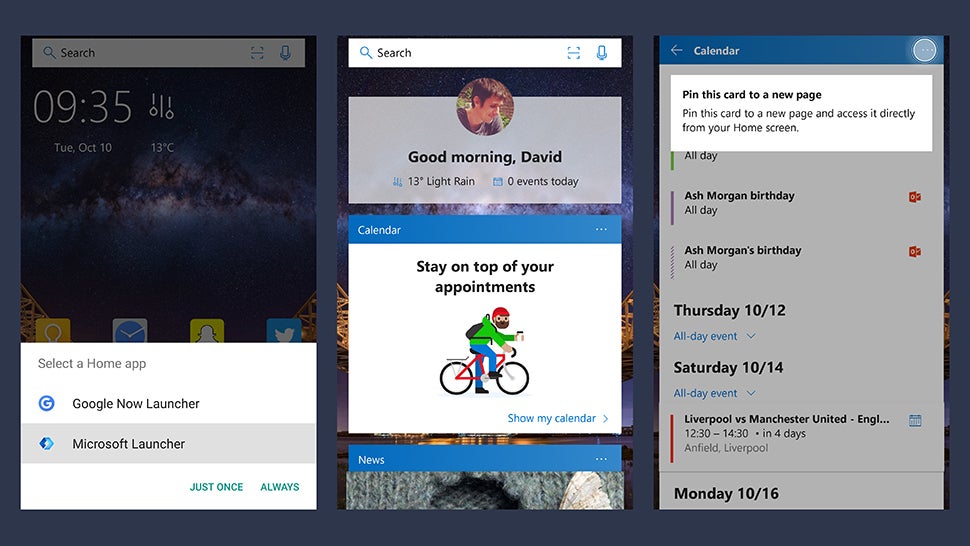 The launcher can take over your home screens. (Image: Screenshot)

You don’t have to go all-in with Microsoft services—you can show Google calendars instead of Outlook ones for example—but as you would expect everything works best with Microsoft’s own services. Any of the widgets can be pinned to one of your home screens for a better look.

Elsewhere your home screen icons and app drawer get a visual overhaul, and the persistent Google search box at the top of the screen is replaced with a persistent Bing search box—you can actually switch this to Google or Yahoo if you prefer, or disable it altogether. Tap the Launcher Settings button on the home screen to customise pretty much every aspect of the launcher, from the direction apps scroll in, to which gestures are supported across the system.

So, you’ve changed the look and feel of your Android device and given it a distinctive Microsoft tinge—you now need to install all of the mobile apps Microsoft makes available for Android, which run to more than you might think.

There’s Outlook, Skype, Word, Excel, PowerPoint, OneNote, and Xbox for example, as well as a basic To Do app, and a lock screen manager called Next: This last one isn’t particularly Microsoft-heavy, except for pulling in Bing wallpapers, but it is developed by Microsoft and may well become more tightly integrated with the Microsoft Launcher over time. 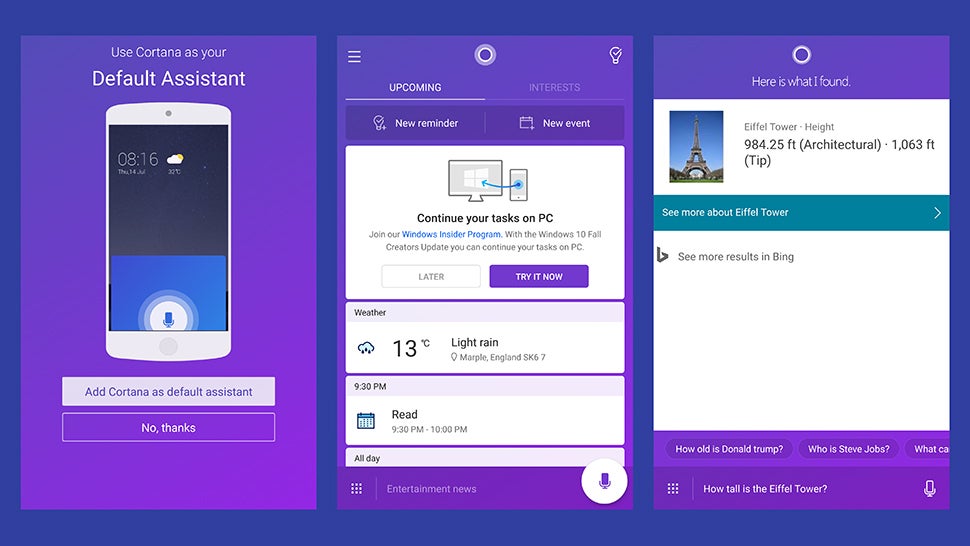 If you’re wanting to Windows-ify your phone though, some apps are more important than others. Cortana can replace Google Now, Google Assistant, Samsung Bixby or whatever flavour of smart AI buddy you’ve already got, and nowadays can actually be launched with a long press of the Home button—follow the instructions inside the app to set this up.

OneDrive, meanwhile, brings everything in your Microsoft cloud storage locker over to your Android phone. If you like, it will also automatically upload your photos and videos to the cloud as well, though you’ll need to pay for more room if you start running out. Again, this can be set up from inside the app when you install it. 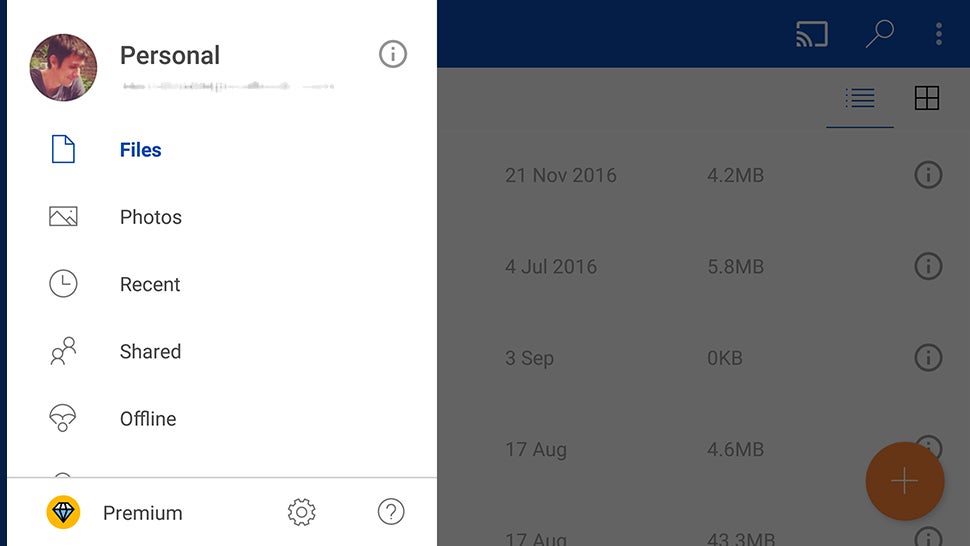 Finally there’s Microsoft Edge for Android—at the time we’re writing this, the browser is only available with an invitation from Microsoft, but it should be out for everyone before too long. The big benefit for Microsoft loyalists, irrespective of the various ins and outs of the Edge vs Chrome debate, is that you can sync everything over from the desktop version of Edge, including bookmarks and browsing history.

With Microsoft Launcher and Microsoft’s apps all installed, and Cortana ready to go at the press of a button or the shout of a voice command, your Android phone is suddenly looking a lot more like a Windows Phone. Squint your eyes and paste a Nokia sticker on the back and it could almost be the real thing.

Since its launch, Windows 10 has made connecting to Android pretty straightforward, thanks in part to the versatility of Android and thanks in part to Microsoft making its big-name apps more cloud-focused and readily available on mobile. Using Android with a Windows PC is already simple no matter what your make or model of phone.

On any version of Windows 10, install Windows Phone Companion and you can swap files, photos, music, and more between your computer and your mobile—for the most part this is done by installing the apps we’ve mentioned above, but the Companion makes the process a little more straightforward. 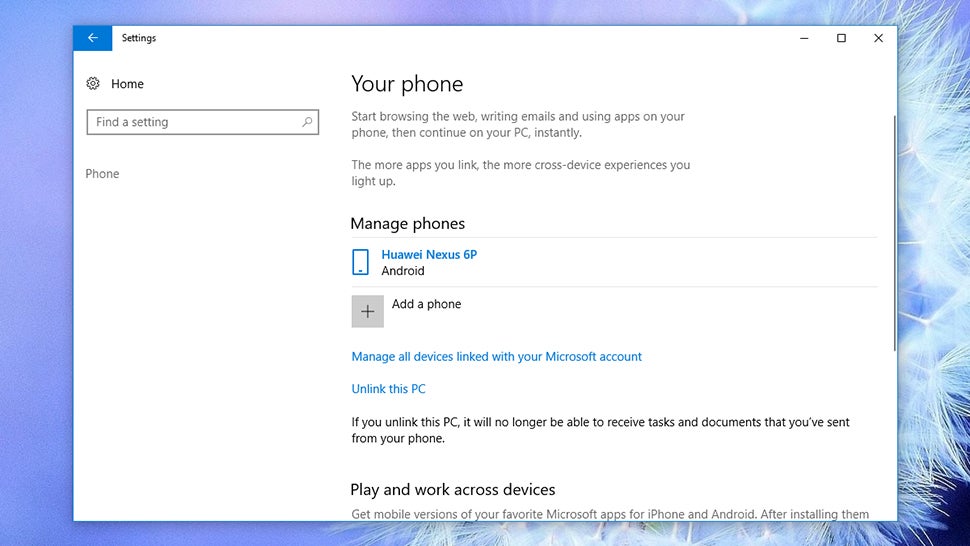 With the Fall Creators Update, Windows 10 is getting even friendlier with Android phones (and iPhones), allowing you to continue your mobile web browsing on your desktop, and (eventually) pull off tricks like editing documents seamlessly across both platforms. The Fall Creators Update drops on October 17 but you can test the feature now if you’re part of the Windows Insider program.

First, open up Settings on your PC, head into the Phone section, and pick Add a phone: Enter your mobile number and you’ll get a text sent to your device. Next, open Cortana on your phone, and opt to try the Continue on PC feature (it should appear as an option on the Upcoming panel). Work through the steps and not only can you continue browsing on your PC, you can see missed calls and texts on your desktop or laptop too. 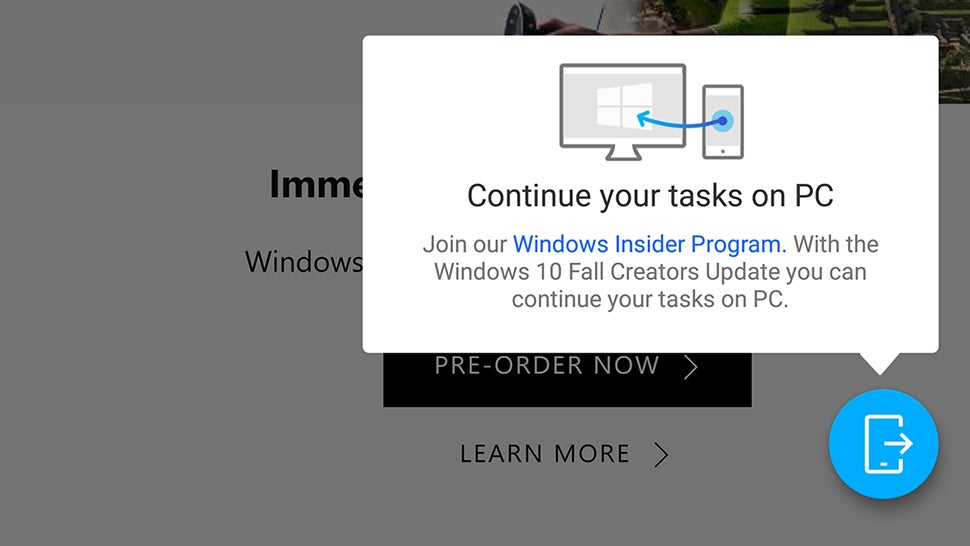 Web browsing can be switched to desktop. (Image: Screenshot)

It’s still in its early stage but here’s something to try now: Tap any news story in the Upcoming panel in the Cortana app, then tap the Continue on PC button, which is down in the bottom right corner. Choose Continue now and as if by magic the same browser tab should appear in Microsoft Edge on your Windows 10 machine.

All of this is expected to get slicker over time. It might not exactly be a complete Windows Phone experience on your Android device, but you can get so close to it, it’s not hard to understand why Microsoft decided to pull the plug on developing an entire mobile OS of its own when it can just build on what Google and Apple are doing instead.

Why We'll Eventually Want Our Robots to Deceive Us