Well, this is it. We’ve finally gotten to the point where observing two black holes slamming together, possibly the most way-out physics-based idea one could wrap their head around, has become “routine.” How did we get here?

The LIGO Scientific Collaboration has announced the observation of another pair of colliding black holes from 8 June 2017. But rather than secret results followed by a public announcement and press brouhaha, they dropped the unpublished results on the physics preprint server, the arXiv. Single gravitational wave events are probably no longer huge news stories—but that’s not a bad thing.

This detection consisted of two black holes—one seven and one 12 times the mass of the sun, merging into an 18 solar mass black hole that’s about 1.1 billion light years away. Two LIGO detectors, one in Washington State and the other in Louisiana, spotted these ripples in space time. You may remember that those detectors make detections by splitting beams of light, sending them down several-kilometre-long pipes, matching them back up, and watching in a detector how they wobble and interfere with one another. 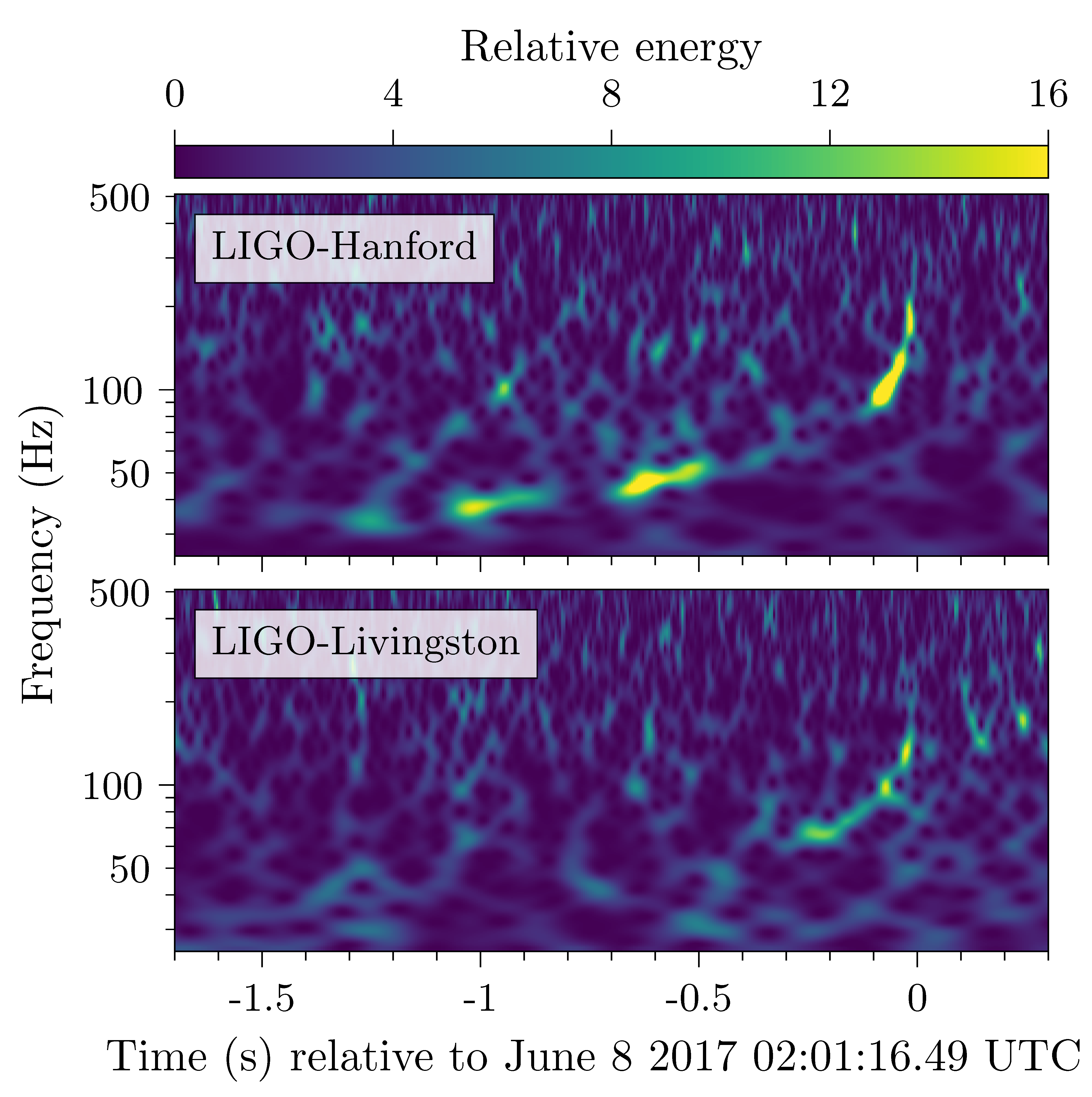 You may notice that the last two LIGO announcements were based on events detected in August. The scientists delayed this announcement since the other two discoveries took more time. One required analysis from Virgo, the European gravitational wave detector that only began taking data on 1 August, and the other was the “kilonova” where over 70 observatories around the world spotted the light waves that accompanied a different kind of event: colliding neutron stars.

At this point, these detections have become pretty routine. “I think we feel now that with the black hole binaries—unless we come across something that is qualitatively different then it really has started to become cataloguing if you like,” Ken Strain from Glasgow University told the BBC.

That’s not to say this detection is without value. These were the lightest black holes detected by gravitational waves and the first event to match up with black holes indirectly observed with light rays, according to a press release.

But more importantly, much of what scientists hope to learn about black holes will require statistics—many observations to compare data to theory. That includes how and where in their parent galaxy these pairs form, and even if certain kinds of dark matter exists that would change the way black holes spin.

So, this incredibly wild thing is now just a regular part of physics. We’ve truly entered a new age of astronomy [arXiv]

Can Scientists Figure Out Where Colliding Black Holes Come From?

A New Type of Gravitational Wave Could Be Spotted Soon, Claims New Paper