The real world is... well, you know. And at some point or another we all need a break from it. Helping your loved ones transport themselves to an entirely different realm is a gift just about anyone would enjoying receiving this Christmas, and these gifts are just the ticket.

Get out your fur-lined handkerchiefs, because we’ve only got one season of Game of Thrones left—and it’s probably not coming out until 2019 at the earliest. That means there will be an entire year without Game of Thrones, leaving us stranded in metaphorical winter, trying to survive an army of undead boredom. Luckily, show composer Ramin Djawadi announced that the Game of Thrones Live Concert Experience is coming back for 2018, touring across much of the US and Europe. Getting to listen to a sweeping orchestra playing some of the series’ epic songs, while images and scenes from the show play overhead on giant screens, is a magical experience. Plus, it’s an excuse to do something classy without feeling like a snob!

Get tickets for Game of Thrones Live Concert Experience on Ticketmaster 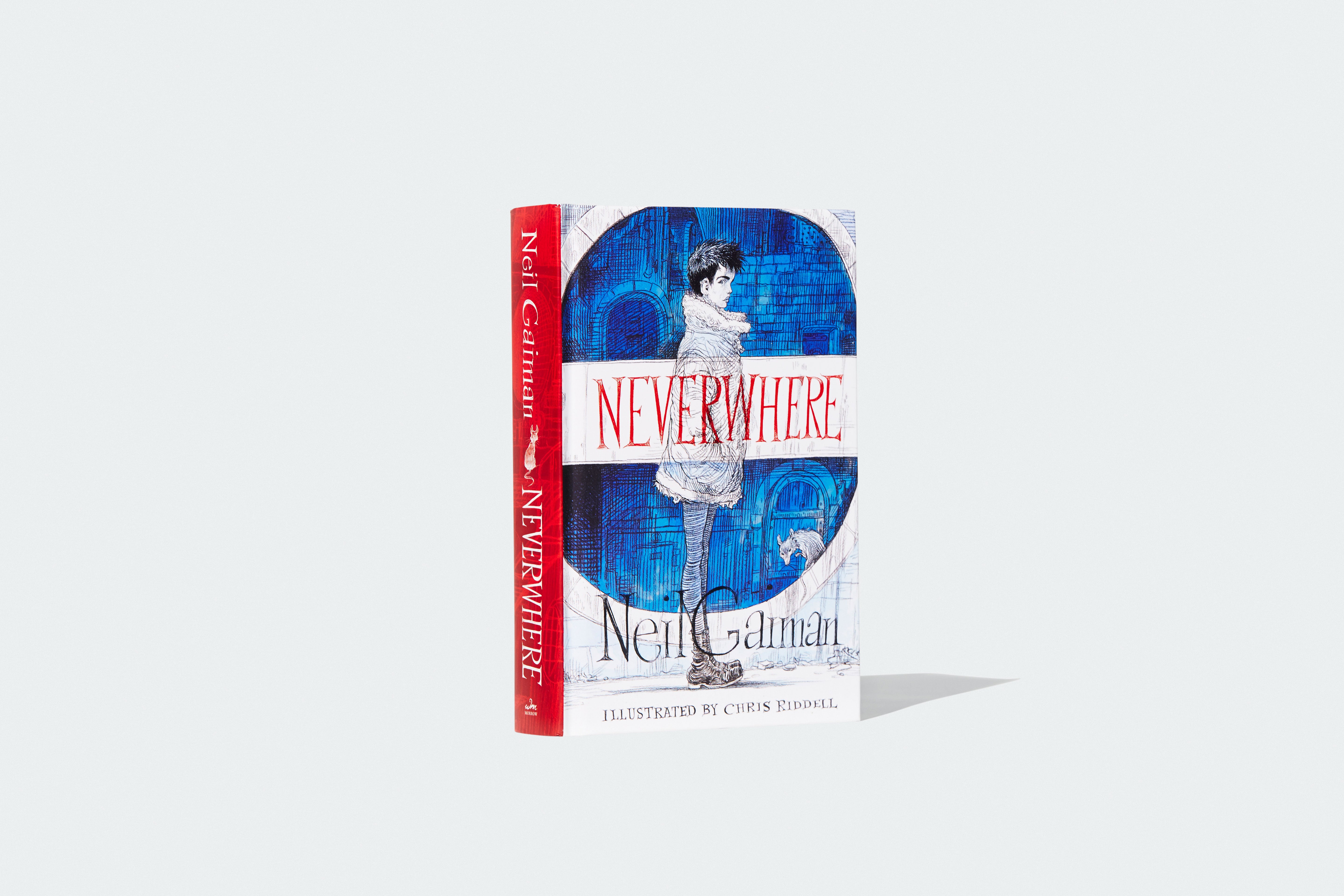 Neil Gaiman is having one of the best years in his long and storied career, with the release of his book Norse Mythology, the success of the American Gods TV show, and anticipation building over the upcoming Good Omens miniseries, to name just a few projects. Perfect for both longtime fans and newcomers to his work, this new version of Gaiman’s acclaimed first novel, originally released in 1997, features Chris Riddell’s stunning black-and-white line art illustrating and even enveloping the text. What better way to make Neverwhere’s parallel-universe underworld version of London come even more alive?

Thud: The Discworld Board Game

There are of course dozens of books within Terry Pratchett’s wonderful Discworld saga that you could lose yourself in over Christmas, but if you’ve already worked your way through the lives and times of Ankh-Morpork and beyond, what better way than to relive it through some of the Discworld’s finest pastimes? Thud, based on the game featured in the novel of the same name, tasks players with playing a game of cat and mouse between a team of sprightly dwarves and the lumbering, powerful trolls they must ambush and capture. The game itself is a delight (and even has rules for a fast-paced version for shorter gaming sessions), but the real treat of this package comes in the form of a treatise on the art of playing Thud written by the dearly missed Pratchett himself.

Thud, The Discworld Board Game, £35 Sometimes, it’s the subtlest things that can help us feel like we’re cruising through the galaxy instead of being stuck in our living room. Mount this chime, based its design in the original series, by you door, and the motion sensor will either make Star Trek’s iconic door-raising whoosh or sound the red alert. Or press the button to sound the communication whistle, and ask how things are going in the engine room! (It doesn’t actually work as an intercom, unfortunately, even if you do have an engine room in your apartment.) For nearly two decades Big Finish has been producing full cast audio dramas featuring Doctors new and old, providing many more Doctor Who stories than the ones on TV—and they’re just fantastic. Tom Baker, Peter Davison, Colin Baker, Sylvester McCoy, and even John Hurt and David Tennant have reprised their Doctors for series of adventures with the company alongside companions new and old, but an absolute highlight of the range are stories based around Paul McGann’s Eighth Doctor. Seen only twice on TV, his Doctor lived on in this format to have some of the best Doctor Who adventures around. Our recommendation? The Eighth Doctor Adventures blends McGann’s Doctor with storytelling style and pacing from the modern era of the show to excellent effect.

Doctor Who audio dramas, from £10

Simply put, money can’t buy a bigger, better Lego set. And though it gets that distinction by being hundreds of pounds more expensive than its closest competition, the 7,500-piece set is a stunning recreation on Han Solo and Chewbacca’s beloved Corellian freighter, with details upon details, incredible size, weight, an amazing 500-page instruction manual and history of the ship, and a crazy awesome selection of mini-figures—look, just read this for everything £650 buys you. This is a Lego set you will be talking about, and potentially building, for years to come. 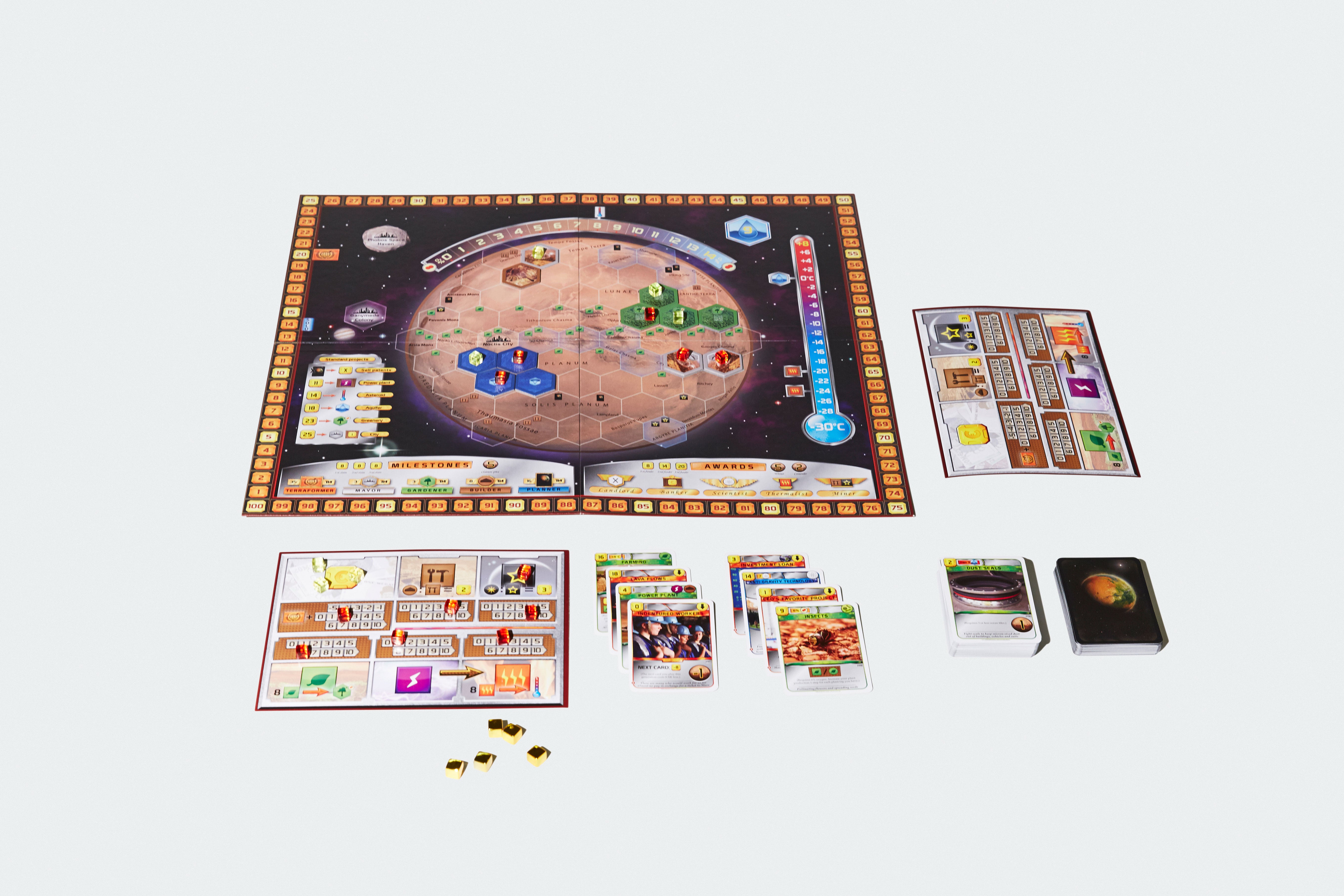 Earth is clearly doomed, so it’s time to get the hell out of Dodge. Unfortunately, we’re stuck waiting on NASA to tell us when we can finally shoot ourselves into outer space, so why not pass the time getting Mars ready for inhabitation? Terraforming Mars is a 1-5 player board game set in the 2400s, where players take on the role of giant corporations working on different projects to make Mars livable, as well as advancing humanity’s stake in the solar system. Every player is working for a common goal, but the greedy hand of capitalism means that everyone is competing to contribute the most and have the largest stake in the new planet. Considering it a good skill-building game for when society eventually crumbles and we’re forced to build a new one from the ground up—hopefully on Mars.

This gift guide features items chosen by our editorial team, without input or guidance from the business or commerce teams, or from the presenting sponsor. If you purchase an item, we may receive a commission, but this has not influenced edit’s decision to include the item in this guide.  Happy gifting.