A few months ago, Huawei passed Apple to become the second largest smartphone maker in the world, (Samsung’s number one). Yet its phones are seldom sold in any of the big carrier stores. Even when they are, they are often hidden behind a bigger brand like on the Nexus 6P. The company isn’t a known entity in the West, but that won’t stop it from releasing new phones. Its latest flagship handset, the Mate 10 and Mate 10 Pro, comes complete with its own homegrown silicon that Huawei claims should make its smartphone the most intelligent. It isn’t.

With its new Kirin 970 processor, our Mate 10 Pro review unit with 6GB of RAM, 128GB of storage is definitely fast, and with a body constructed out of glass on front and back and held together by a polished strip of aluminium, the phone feels quite luxurious too. But after using it every day for more than a week, I’m still struggling to figure out how the phone’s AI, machine learning and built-in neural processing unit elevate it above a Pixel 2, iPhone X or any other “smart” phone.

Part of the problem is that certain aspects of Huawei’s programming can only have a measurable impact months down the line. Huawei claims algorithms baked into the Mate 10 Pro should let you avoid the typical three to six-month post purchase slowdown. Maybe it will!

There’s also Huawei’s partnership with Microsoft to provide a custom version of the Microsoft Translator app. It should be powered, in part, by the Mate 10 Pro’s Neural Processing Unit. You take a picture of some text or simply speak into the phone, and the app spits out a translation for you likety split. But the app doesn’t always get it right, and compared to using something like Google Translate, it’s still unclear if the Mate 10 Pro’s NPU gives a real advantage. 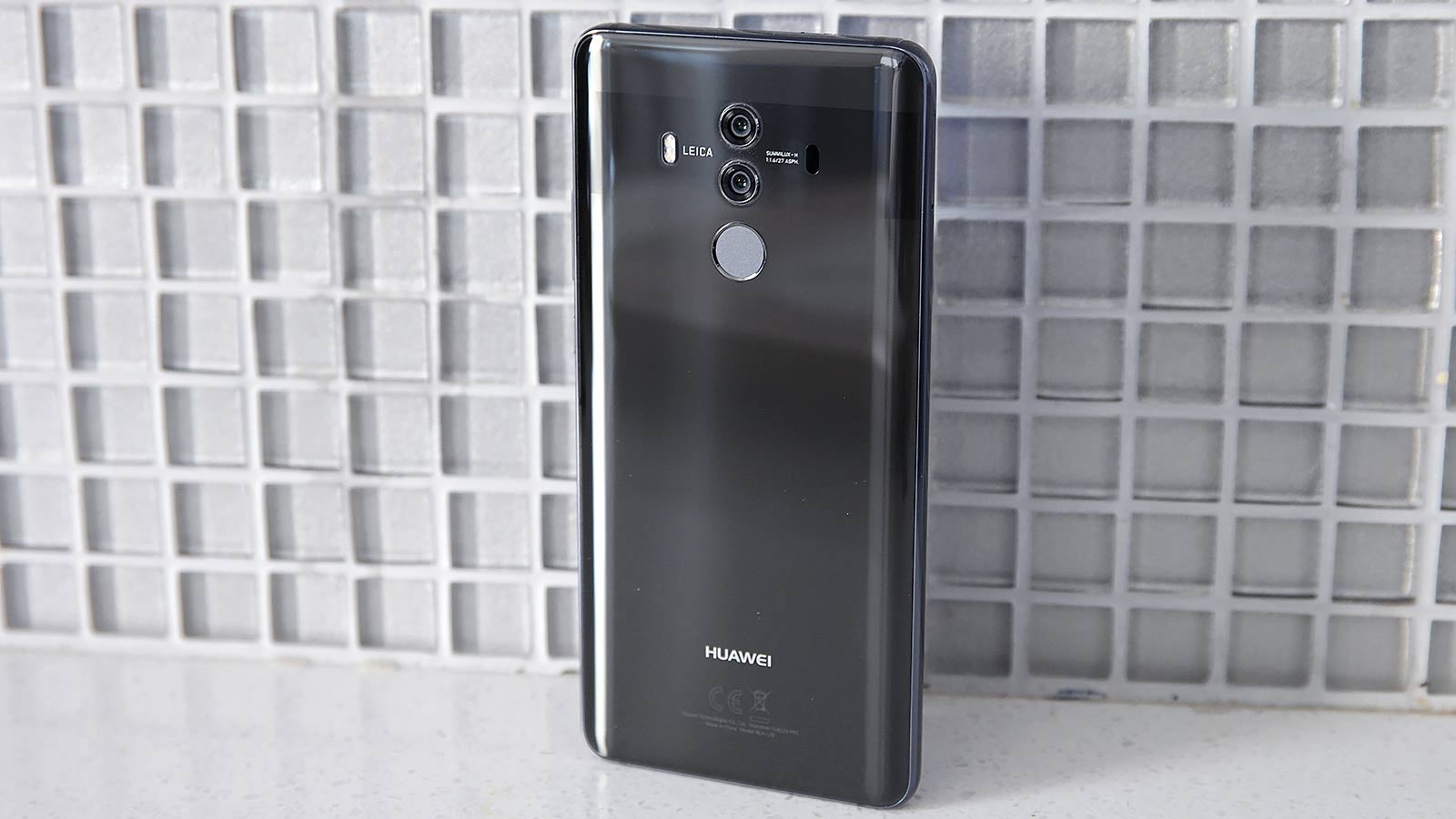 The Mate 10 Pro’s design looks like Huawei is going after the luxury crowd, which is nice, but it still seems like it's lacking a little personality. (All images: Sam Rutherford/Gizmodo)

Huawei also went the extra mile by including support for machine learning platforms such as Facebook’s Caffe 2 and Google’s Tensor Flowlite machine learning platforms, alongside their own AI framework. But that potential can only be realised after people have had time to develop apps designed to utilise the Mate 10 Pro’s NPU. Which they haven’t, so it’s just another bet on a future that may or may not pay off.

At least all the AI and neural processing works in the camera app. The camera can identify 13 different scenes or objects including flowers, plants, beach, food, nighttime, text, cats and dogs, and then automatically adjust the camera’s settings to help you capture the best picture possible. You know it’s working, because when the phone detects a subject it knows how to enhance, a corresponding icon will pop up in the camera’s UI.

With the AI in action, the Mate 10 Pro’s photo looks like what you would get if someone edited the iPhone X’s pic.

Those little tweaks can make a big difference too. In a side by side comparison between the Mate 10 Pro and the iPhone X, Huawei’s AI-powered camera added some real drama to an otherwise typical shot of a cold rainy night in NYC. The iPhone X’s photo more or less captured what I saw, but the Mate 10 Pro’s photo captured what I wanted to see. The sky in the Mate’s photo had less of the hazy redness you see in the iPhone’s pic, the various streetlights and decorations are sharper and less blown out, even the street looks wetter. Now some may say this blurs the line between accuracy and interpretation, but given the choice, I’d pick the Mate 10 Pro’s photo every time.

Even without help from the AI, the Mate 10 Pro can still shoot a nice pic.

However, other times, like when I snapped a pic of the Empire State Building, the AI failed to recognise anything it could enhance, even though it seemed like it should. Apparently it wasn’t dark enough to classify as a nightscape, and the backdrop wasn’t right for activating the phone’s Blue Sky mode. But it’s November in New York, it’s going to look grey and dreary like this for the next four months, which means the camera’s AI is useless if it can’t adjust. To that end, Huawei says it's constantly feeding more images through its machine learning software and hopes to update the its phones with new AI modes over time. But it could be slow going. 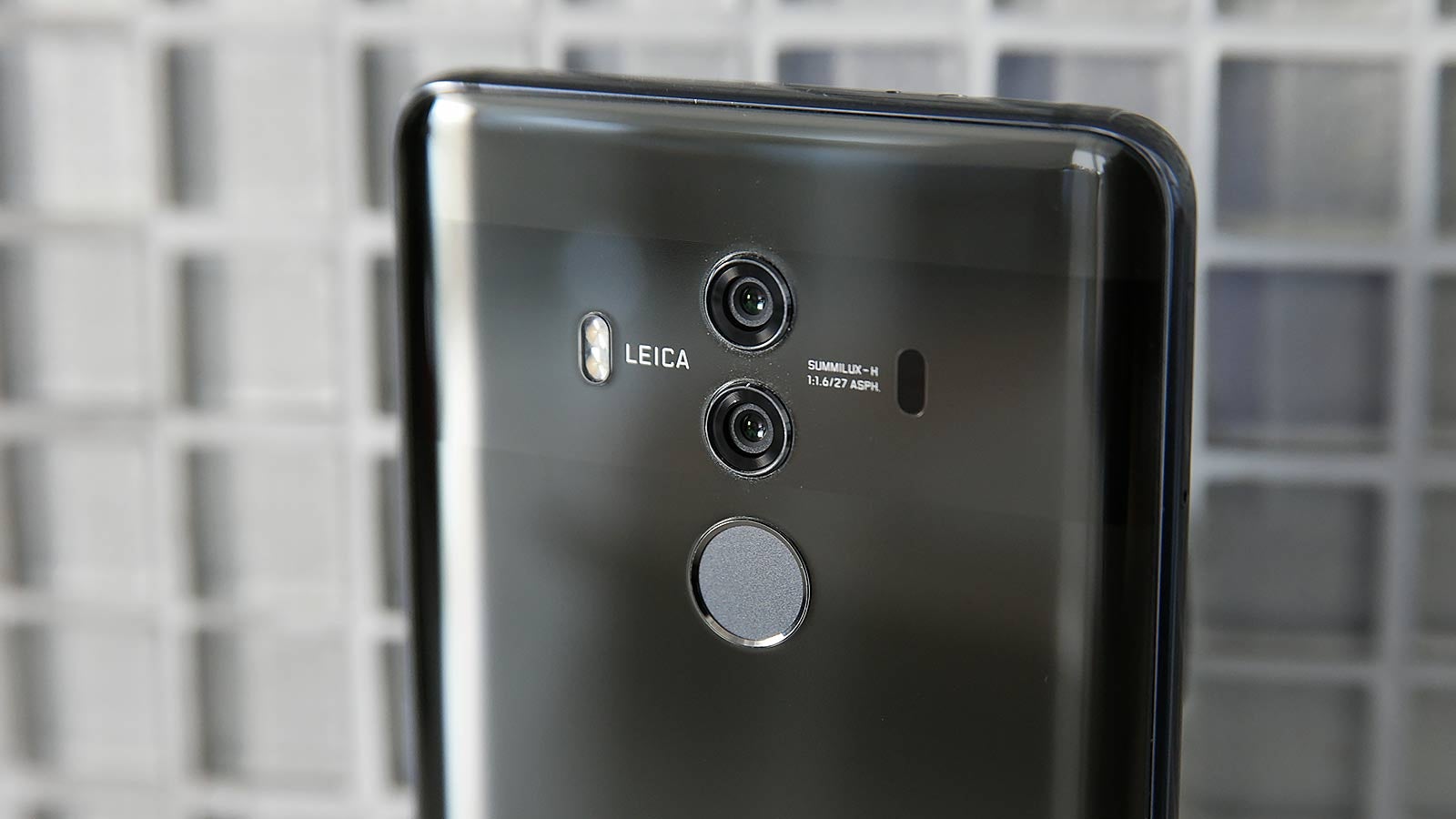 The Mate 10 Pro is the first phone to have dual cameras where both have f/1.6 apertures.

That said, even when the AI doesn’t step in an help out, the phone still has solid hardware to fall back on. It’s the first phone featuring two cameras with f/1.6 aperture lenses (the LG V30’s main cam is f/1.6, but its wide-angle camera is not), and the combo 12 megapixel RGB sensor and 20 megapixel monochrome sensor still work together so you can adjust depth of field from super shallow all the way to infinity. The results are quite good too, often keeping pace with Portrait mode shots from the iPhone X. Although as seen in the NYC shots above, photos from the Mate 10 Pro tend to come out slightly underexposed compared to pics from Apple’s £1,000 phone.

So if the Mate 10 Pro’s AI smarts, outside of photography, aren’t all they’re cracked up to be, what is it like as a “normal” smartphone? Quite nice! The big 5.9-inch 18:9 OLED screen is vibrant and bordered on top and bottom by some deliciously thin bezels. There’s also a fingerprint sensor around back, and IP67 water-resistance to make sure the phone can survive a quick dip or two. And it lasted 11 hours and 13 minutes on our battery rundown test, which is practically the same as the Pixel 2 XL (11:17), and noticeably better than the Galaxy Note 8 (10:21) and iPhone X (9:56). 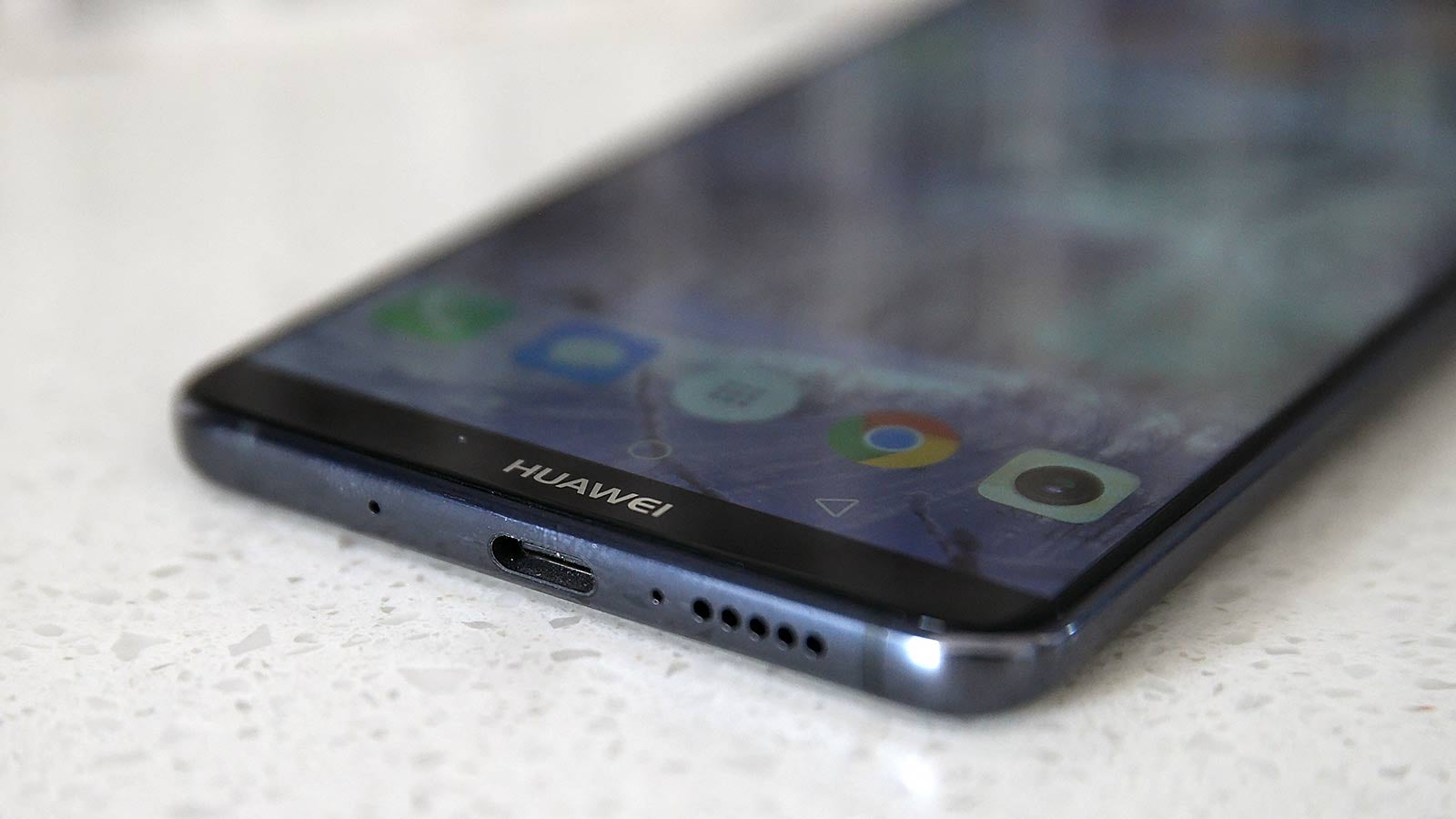 Huawei includes a 3.5mm USB-C dongle in the box, but that’s not a very elegant solution for a compromise you shouldn’t have to make.

Huawei has even included a handful of nifty tricks, like the Mate 10 Pro’s ability to function as a (Android-based) desktop PC just by hooking it up to an external display using a USB-C or USB-C to DisplayPort cable. From there, all you have to do is pair a Bluetooth keyboard and mouse and off you go. There’s even a secret mode that lets you sign into different accounts on your phone depending on which finger you use to unlock it.

There’s still one big letdown. Want a headphone jack? Sorry, that’s only available on the standard Mate 10, which is unavailable here in the UK and, by the way, also has a higher resolution display. That’s crap. The Pro should have everything the base model has and more. Let people who want to save money figure out what kind of compromises they are willing to make. 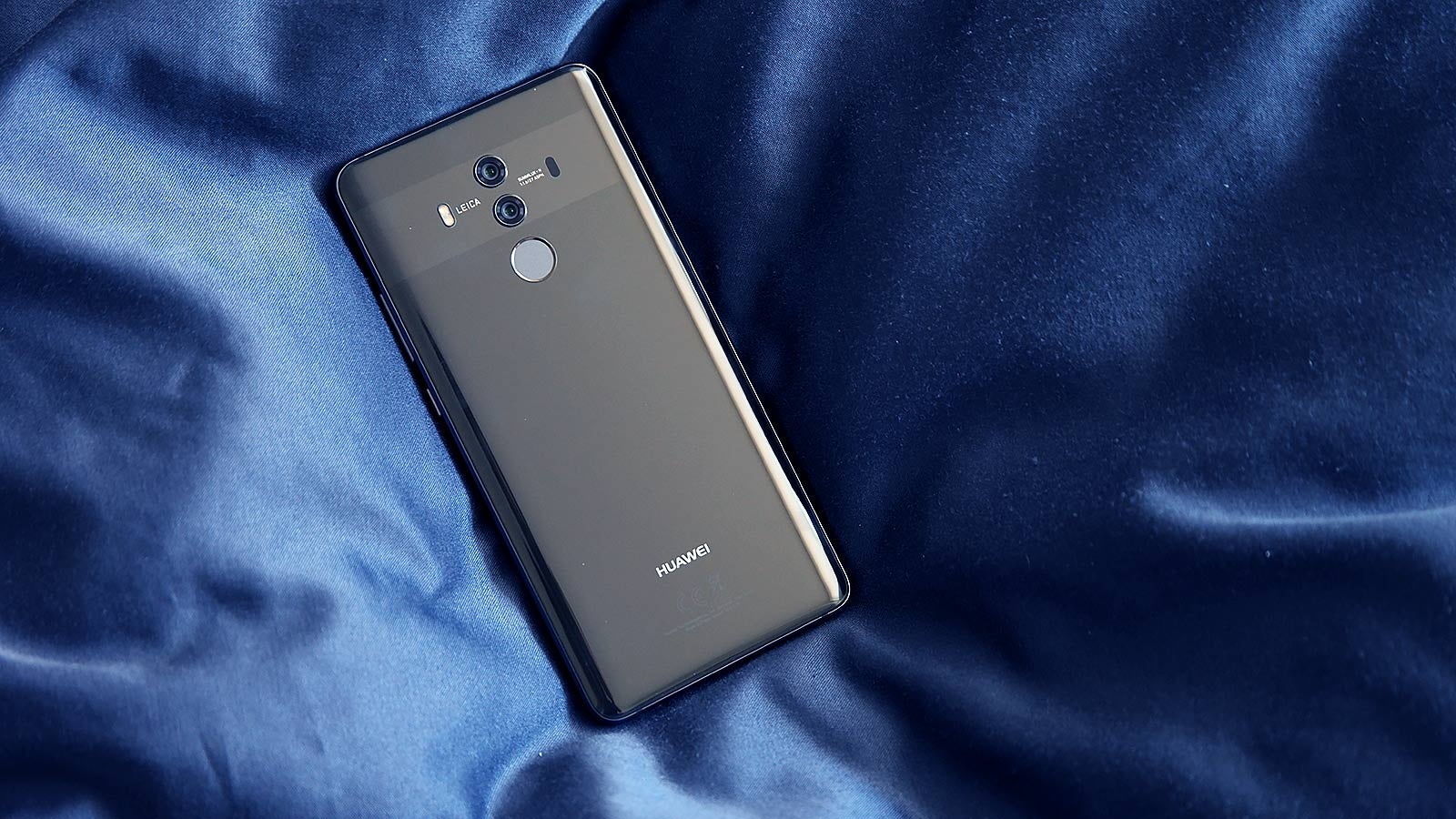 The standard Mate 10 has a front-mounted fingerprint sensor and a 16:9 LCD.

Which brings us to price. At £700, we’re looking at a pretty nice alternative to other 6-inch phones like the LG V30, Pixel 2 XL or even the Galaxy Note 8. Any higher and Huawei would really be pushing it, because until the phone gets smarter, the AI hasn’t demonstrated a tonne of value.

Sky Soundbox Review: It's Good - If You Have Sky

Google's Pixel Buds Aren't Even Close to Being Good

This Smartwatch Is Powered by Body Heat, and That's Cool as Hell