Even with all the screen issues, weird buzzing noises, and unbalanced speaker performance on Google’s Pixel 2, there’s an even bigger issue that’s been bugging me. The problem isn’t restricted to just that single device—and in fact, it actually crept up about six months ago when Samsung released the Galaxy S8.

I’m talking about Samsung’s Bixby Button and Google’s Active Edge—features that are great in theory, but whose implementation has me concerned about the future of Android. It’s not the voice assistants themselves I’m concerned about. I’m worried about how both Google and Samsung locked down these features in way that makes them incredibly difficult to tweak and customise.

To me, Android has always been the mobile OS for people who want options. If you don’t like phones with curvy rounded displays or how one handset maker got rid of the headphone jack on its latest device, you can always switch and find another manufacturer that will give you what you want. And if you like to tinker around with your phone, whether it’s installing a new launcher, changing out the icons on your apps, or switching the colour palette in your settings menu, you can do that too. But when Google and Samsung put dedicated control methods, regardless of whether it’s an extra button or pressure sensors built into the sides of the phone, and then said you can only use these to summon a fucking digital assistant, they killed a little bit of Android’s spirit of freedom. 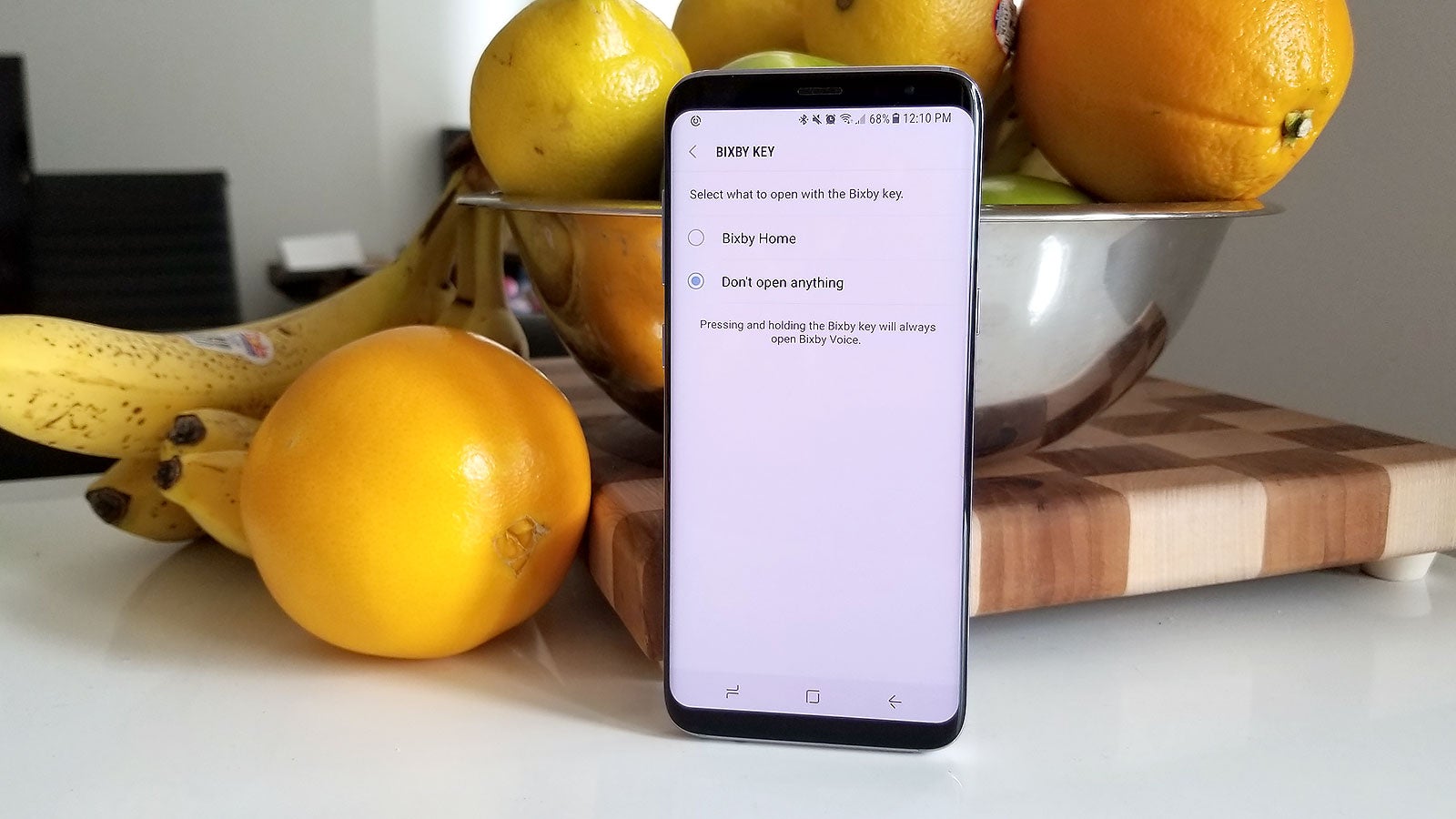 This is not what I call a lot of options. (All images: Sam Rutherford)

Now it’s true, there are hacks and third-party workarounds that will let you remap these controls to better suit your needs, but they are janky at best. Neither Samsung nor Google want you to do it. Samsung’s handling of the issue is particularly galling because after months of outcry, they walked things back halfway by allowing you to disable the Bixby button so its digital assistant wouldn’t chirp up every time you hit the button by accident. However, Samsung still didn’t go all the way. Let me assign that button to the torch, airplane mode, camera shutter or any other stupid function I want.

As for Google, HTC has already demonstrated on the U11 that letting users customise what the pressure sensors do isn’t that hard. On top of that, in addition to being able to remap things like various apps or toggles for wi-fi to the pressure sensor, when you squeeze the U11 and U11+, you can also select from three different disembodied digital helpers you want to summon: Alexa, Google Assistant, and HTC’s Sense Companion. That’s the kind of choice we should be applauding.

If I wanted a phone maker to tell me what I’m supposed to like, I would just get an iPhone. Now don’t get me wrong, I have a tonne of respect for Apple’s phones, especially when it comes to their cameras and the performance you get from the company’s homegrown A-series processors. And from the time of the original iPhone up until the 5, Apple was my phone maker of choice. But after a while, Apple’s iron-clad grip on iOS caused me to switch.

So let me be clear: Adding new ways to control your phone is great, but restricting them to a single function is not, and it flies in the face of what makes Android an attractive alternative to iOS. I just hope both Samsung and Google learn from their follies, because if things continue like this, users might just end up in an Apple-like prison called Android.

4 Simple Rules for Giving Your New Gadget a Long Life