Astronomers spend their days looking at the sky. Maybe some crazy complex new telescope is helping, or some form of AI is teasing the complexities out of vast piles of data. It’s still just the sky. The sky isn’t immutable, though. Some of the most interesting science happens when brief blips pass into and out of existence. These dots send their light in the form of radio waves, microwaves, visible light and gamma rays into measuring apparatuses and tell us something new about the universe. They might even send space itself rippling with gravitational waves.

Those signals usually start with a huge freaking explosion.

When I say huge, I don’t mean atomic bombs and I don’t mean the fusion reactions keeping the sun going. Some of these explosions release more energy than the Sun has in its entire lifetime, according to CNN.

These events are some of astronomy’s most exciting, teaching humans things they may never have learned about otherwise. So here they are, 2017's best explosions... in space. 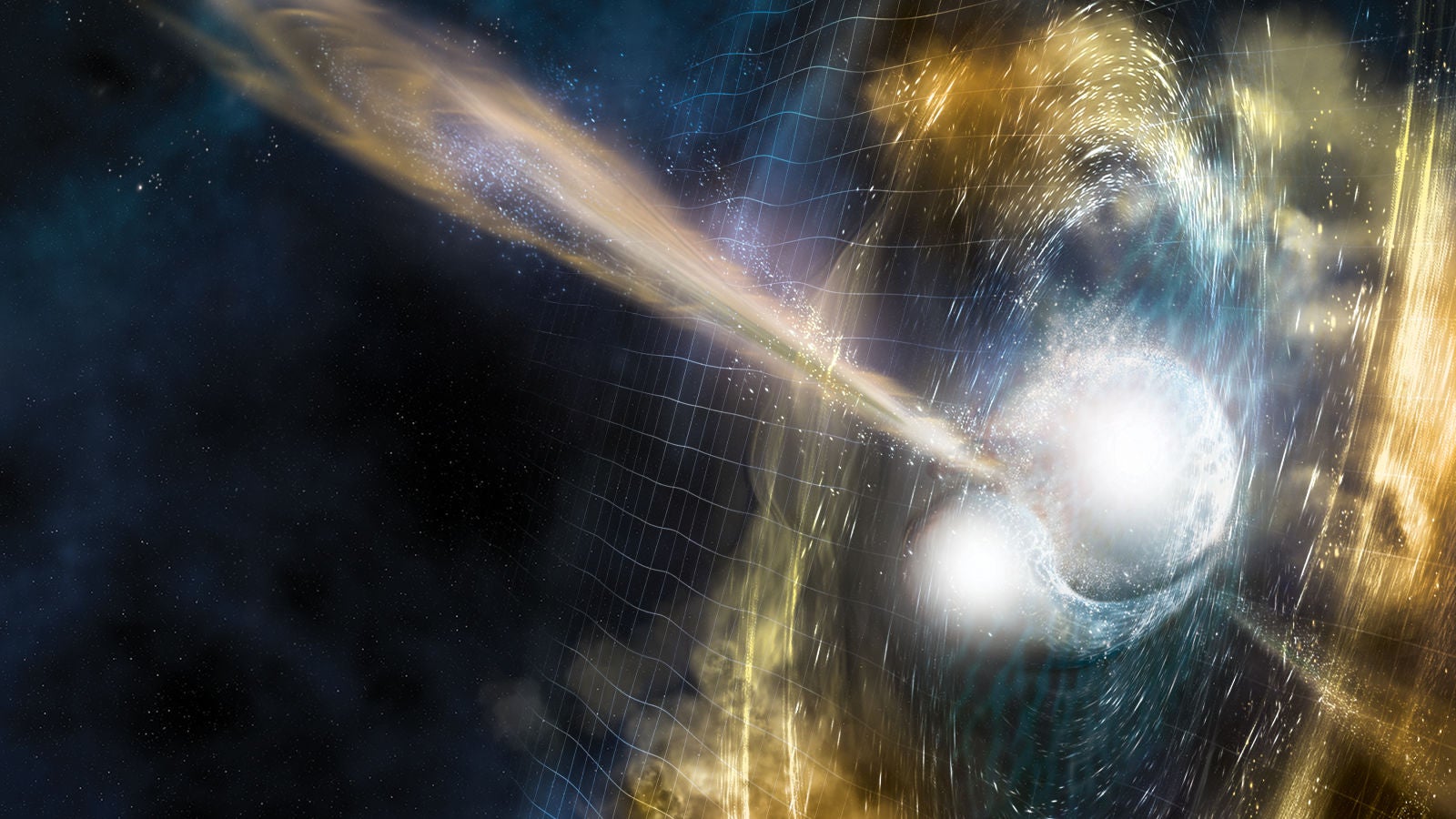 You’ve heard the phrase “neutron star” by now. Each of these exotic things weigh only a little more than the mass of the sun; a spoonful would weigh more than the weight of all of Earth’s humans combined. And on 17 August, observatories all around the world observed the gravitational waves, visible light, radio waves and other kinds of light coming from two of these neutron stars colliding 130 million light years away.

It’s hard to overstate how important this discovery was. It was the first time scientists actually observed something in space produce both gravitational waves and light waves. It helped them explain where lots of heavy elements in the universe like gold and platinum came from—the single explosion created 50 times the Earth’s mass in gold, reports Business Insider. It also gave scientists a new way to measure how fast the universe is expanding.

This discovery was the first of hopefully many neutron star collisions. The amount of heavy metals in our universe implies that there should be one of these things occurring every month. Expect astronomy to be a lot more explosive as gravitational wave detectors like LIGO and Virgo upgrade their sensitivities.

Scientists observed a gamma ray burst while it happened 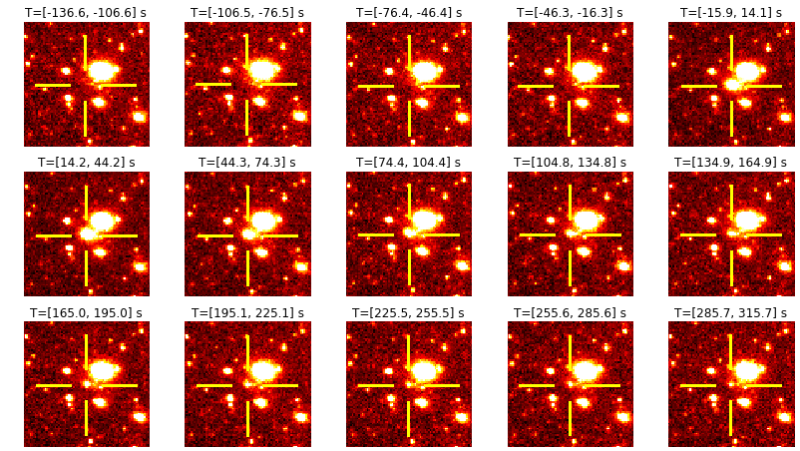 The Fermi Gamma-ray Space Telescope’s job is to monitor the sky for the biggest bursts of energy this universe can supply, gamma ray bursts. Recently, it spotted one of the biggest ones ever recorded. Just minutes later, others spotted the burst’s optical light. An amateur astronomer with binoculars could have spotted the burst, called GRB 160625B, which occurred 9 billion light-years away. On top of that, the light seemed to be polarised, meaning that its waves only vibrated in one direction perpendicular to their direction of travel.

GRB 160625B could have been the largest such burst spotted in Fermi’s decade of operation, and immediately came with questions. Were the visible light and the gamma-rays from the same place? If so, it could reveal important details about the structure of these explosions. What did the polarisation mean—could this have come from the strong magnetic field around a black hole?

Scientists can only hope to observe more explosions like GRB 160625B soon if they hope to answer these questions.

Ok, this one just looks cool 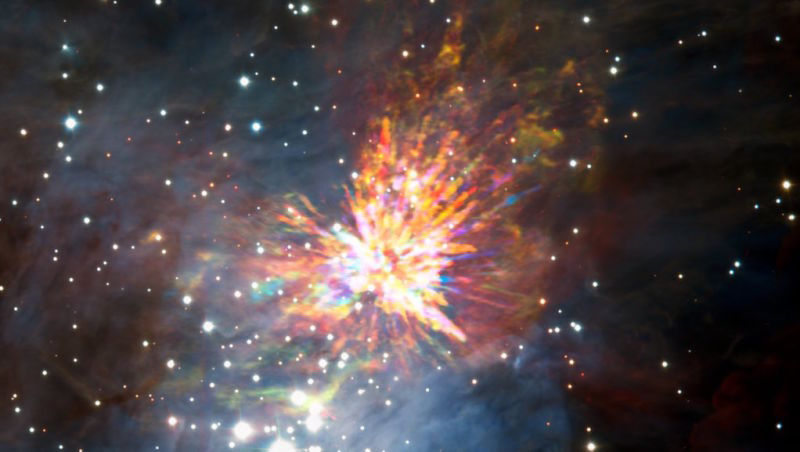 There is an explosion in space that actually looks like this. The Orion nebula, located below Orion’s belt, hosts a star-making center called the Orion Molecular Cloud 1. It’s a collapsing cloud of gas, creating stars from the gravitational attraction. But if the baby stars collide with one another before escaping, the result can be explosive.

These aren’t visible light observations—ALMA measures light in the far infrared and radio wave part of the spectrum, and the images are then shifted into the visible light portion. But otherwise, the nebula really looks like this, with streamers of carbon monoxide gas rocketing out of the center. And the interaction you’re looking at here produced as much energy as the sun does in 10 million years, according to an ALMA release.

A star seemed to supernova twice 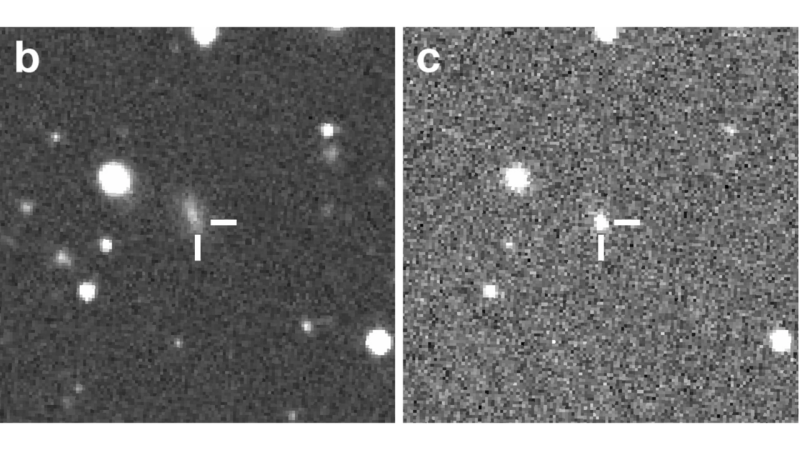 Back in September of 2014, scientists found a flash 500 million light-years away that looked exactly like a dying star exploding based on its spectra, or the colours of light it emits. But unlike normal supernovae that fizzle out after 200 days, “iPTF14hls” stuck around for three times that, flashing and dimming the whole time. Even stranger, it sits directly on top of the location of a supernova back in 1954. Did that dead star supernova again?

It’s hard to confirm what truly happened, since astronomy methods were worse in 1954 than they are today. Perhaps the star emitted some gas those decades ago before truly dying with the grander explosion, sixty years later. Perhaps it was a supernova imposter, like a 2009 flash that turned out to be a quickly-brightening star. One thing it confirmed for sure is that dying stars are probably really complicated.

The largest supernova ever observed...maybe 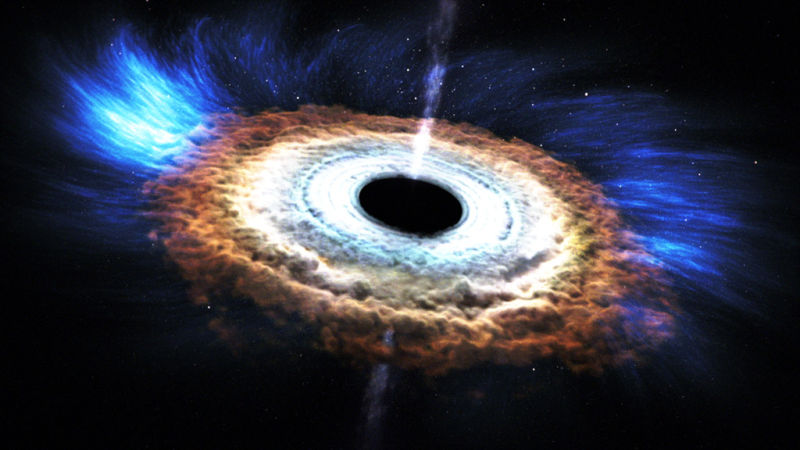 Just a week later, scientists announced that they’d spotted an explosion billions of light years away in several surveys of the sky, and followed up with other telescopes. It, too, looked like any old supernova, or exploding star. Except it was a thousand times brighter. The flash, called PS1-10adi, was brighter than the entire host galaxy it originated from.

This flash was so bright that it also took around a thousand days to dim, rather than the expected 200. And the discovery came with a population of other explosions similar to PS1-10adi that had previously been attributed to energy flares near black holes.

But a supernova wasn’t the only explanation for PS1-10adi. Perhaps it came from a tidal disruption event—a star slamming into a black hole. Or maybe it could have come from something weirder. No matter what the explanation, just know that you probably would have died if you were nearby. 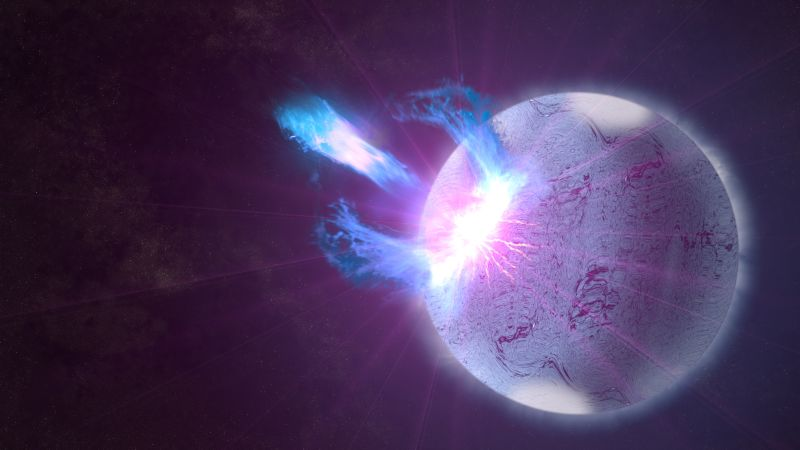 This one isn’t as much as an explosion as it is a powerful pulse. A decade ago, scientists discovered a whole new kind of stellar explosion with the Parkes radio telescope called the fast radio burst. No one knew where they came from and some doubted that they really existed. Then FRB121102 came along and we found out that these radio sources can repeat. But this year, scientists reported the source pulsing fifteen times.

There are all sorts of speculations as to where these pulses could be from. Perhaps there are neutron stars shooting a collimated source of radiation, like a radio wave lighthouse. Except these FRBs are ten billion times brighter and much higher in frequency than pulsars, as we previously reported, So maybe they’re very young pulsars. We know that they’re not aliens—or at least, we think we know they’re not aliens.

The end of this story might sound familiar: hopefully, with more data and better tools, the nature of these bursts will reveal itself. Or maybe aliens will call us up and tell us that they were the source all along.

Anyway, space is really cool and there are a lot of explosions in it.

The August Eclipse Left A 'Wake' in the Earth's Upper Atmosphere

NASA is Looking For Life on Exoplanets in 2069 (Nice)

Does This Photo Mean Elon Musk Is Serious About Blasting His Personal Tesla Into Space?