The British Ecological Society has announced the winners of its annual photo competition, and it features fantastic photos of fearsome predators pouncing on prey, a freakishly rare ocelot, and a crafty chameleon doing what a chameleon does best.

This year’s competition was called “Capturing Ecology,” and it features photos primarily taken by international ecologists and students. In addition to capturing beautiful images, the photographers had to demonstrate interactions between different species in their natural environments—a not-so-easy task. The competition featured several different categories, each with an overall winner and a student winner. Here are some of our favourites.

On the trail: Christopher Beirne, Crees Foundation and University of Exeter This photo by Christopher Beirne was the overall winner of the competition. It shows a male ocelot traversing a human-made trail at the Manu Learning Centre, Peru. “Although we often think of trails through tropical rainforests as having negative impacts on local wildlife, several cats species (including the ocelot and its larger cousins pumas and jaguars) often use these trails to rapidly move around their home ranges,” writes Beirne in a press release. Retiree Mark Tatchell was the runner-up with this colourful photo of a Toco toucan (Ramphastos toco).

I See You: Leejiah Dorward, Department of Zoology, University of Oxford 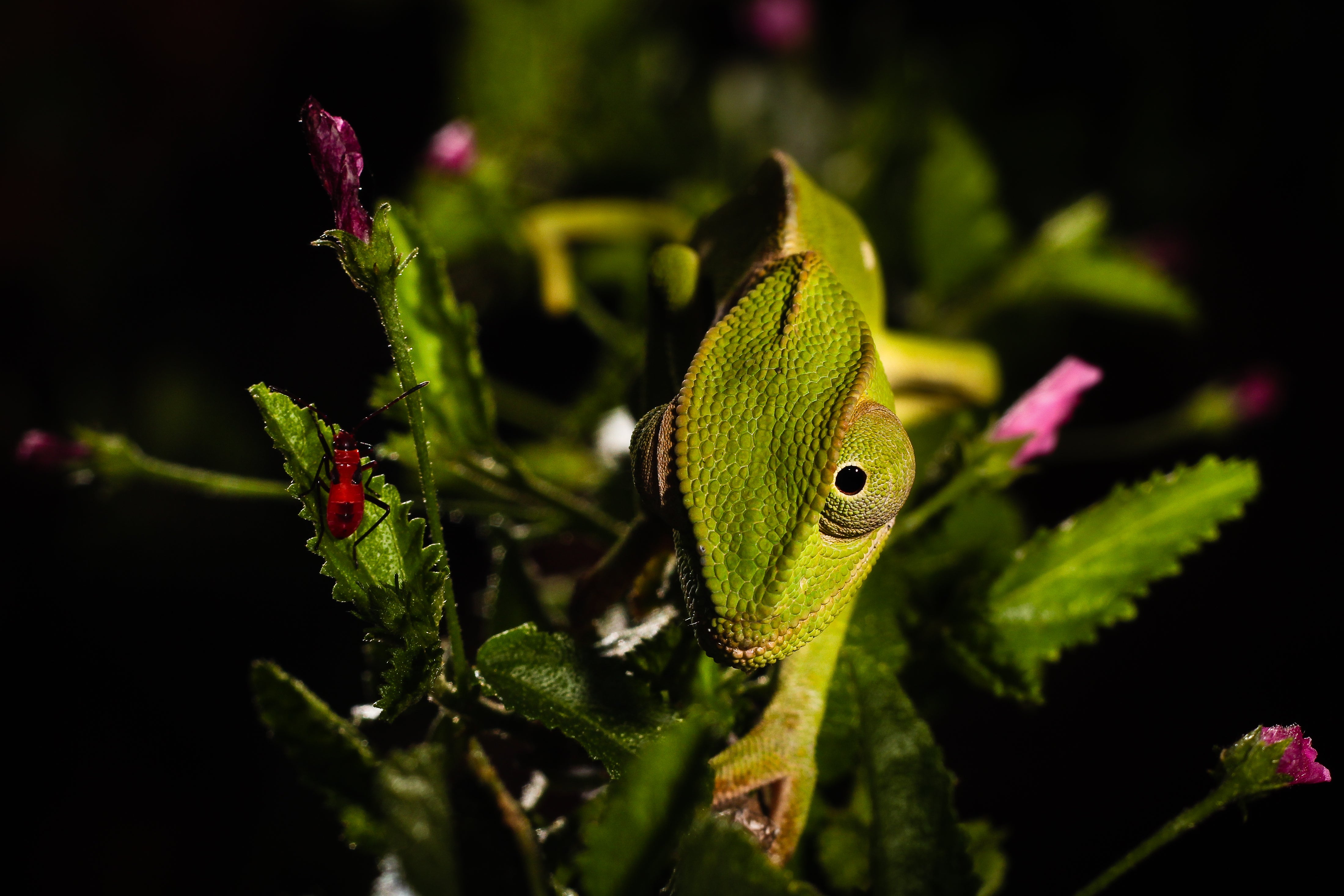 Leejiah Dorward was the Overall Student Winner for this picture of a flap-necked chameleon climbing a flowering plant stem in search for a safe spot to roost for the night in Southern Tanzania. 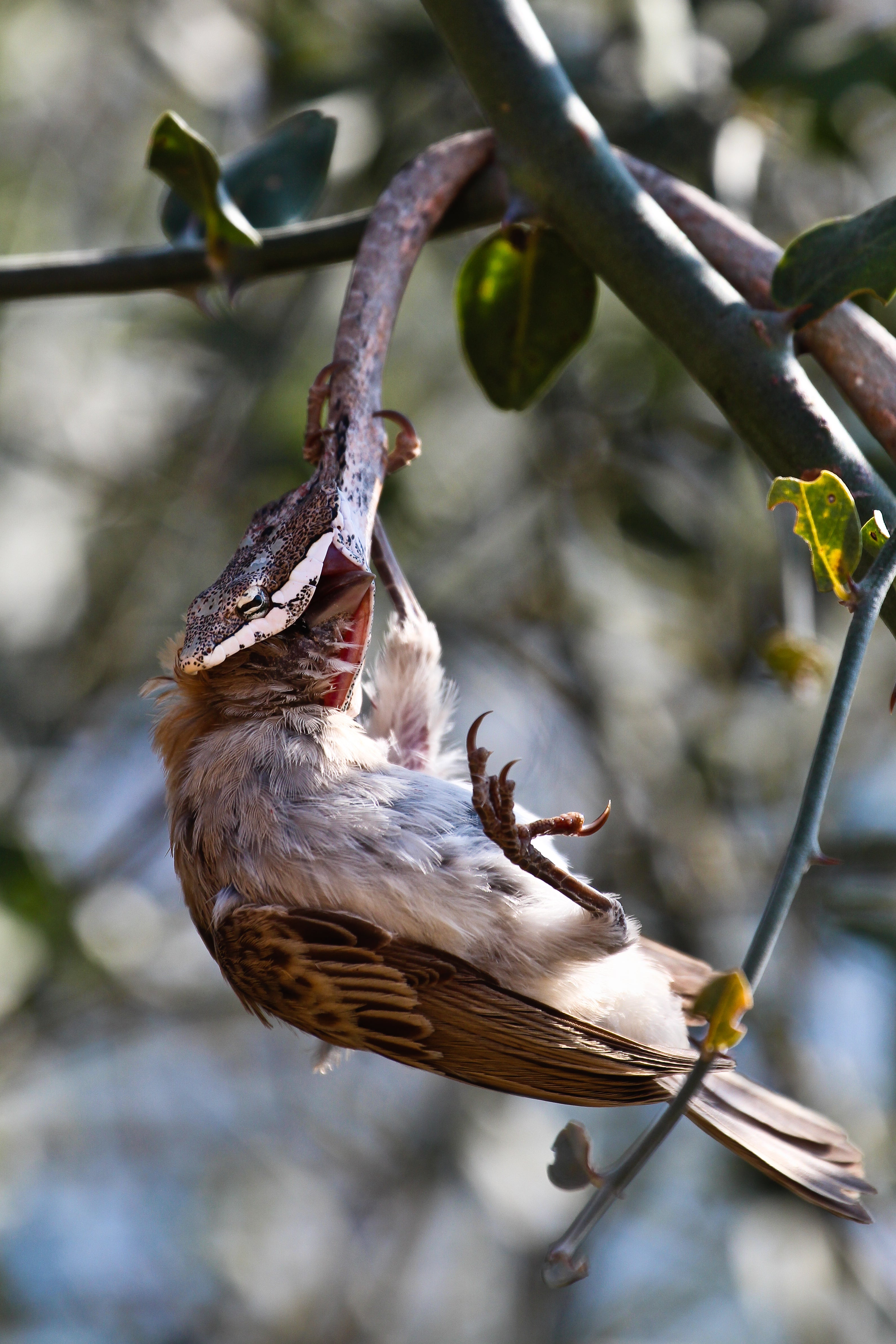 Student prize for the dynamic ecosystems category went to Leejiah Dorward for this photo of a Savanna vine snake holding a firm grip on a doomed Speckle-fronted weaver in Southern Tanzania. The snake’s camouflage makes it a formidable killer. 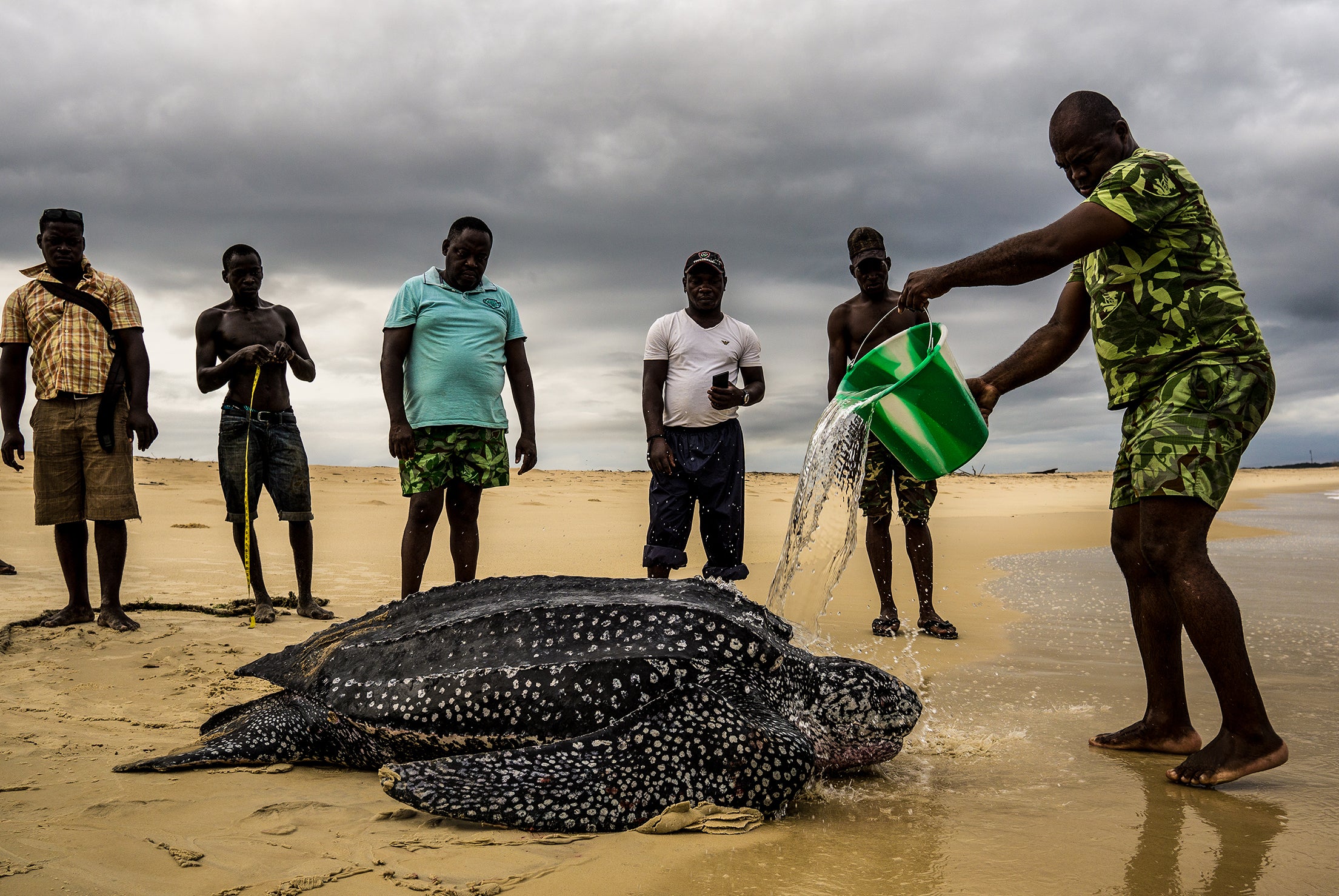 A pregnant female Leatherback turtle slinks back to the ocean after being saved by local NGOs and scientists after it became stranded inland. The previous evening, she mistook the city lights of Libreville, Gabon for the starry night sky. Adult females depend on astronomical navigation when returning to their natal beaches to lay eggs. This photo won Adam Rees the Student Prize in the Ecology and Society category. 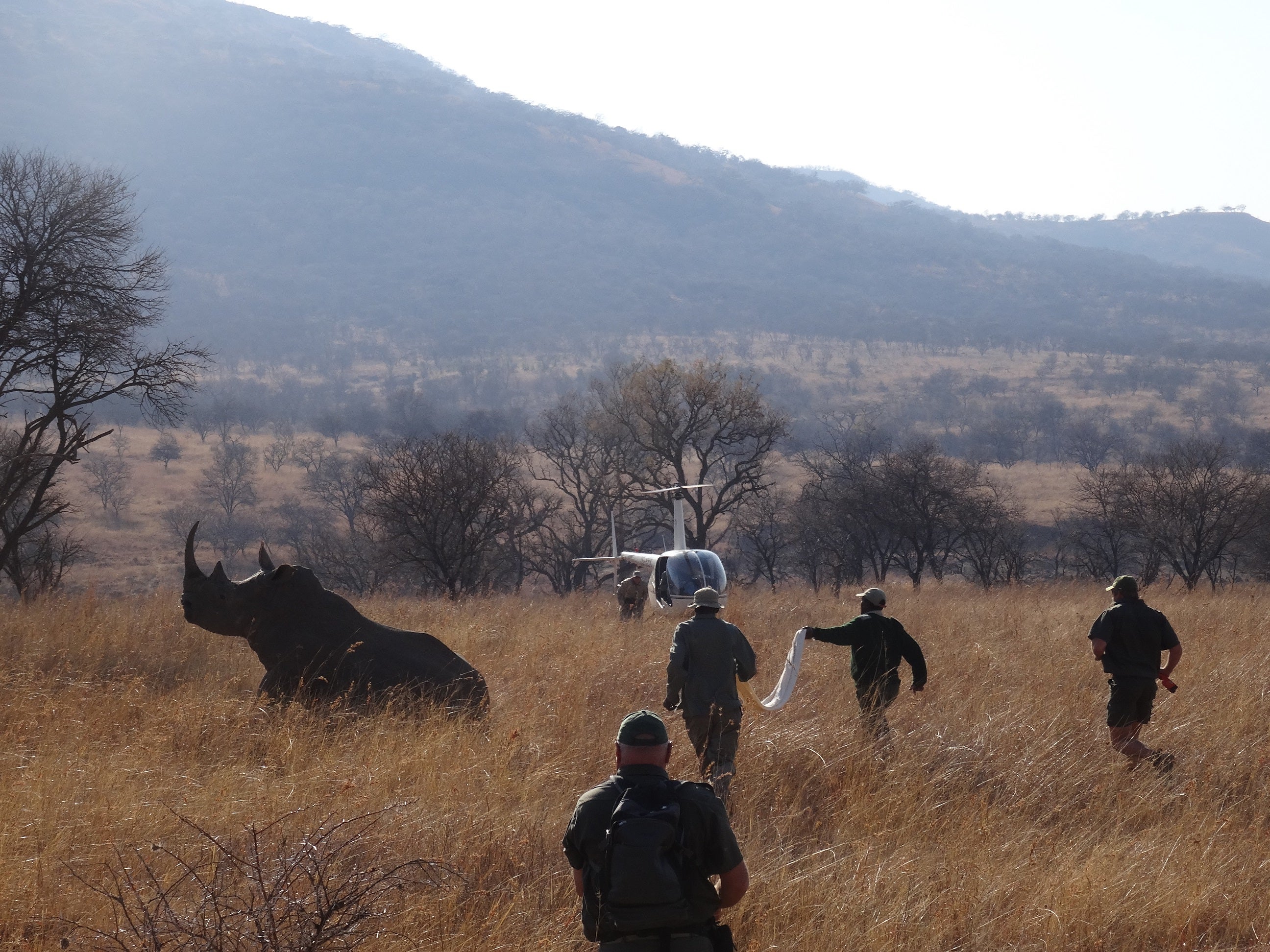 Nick Harvey won the Student Prize in the Ecology in Action category. In this scene, a white rhino had to be relocated from a small reserve in KwaZulu-Natal to prevent inbreeding. The massive bull was darted from the helicopter, blindfolded, injected with a tracker, and shoved—by hand—into a crate. 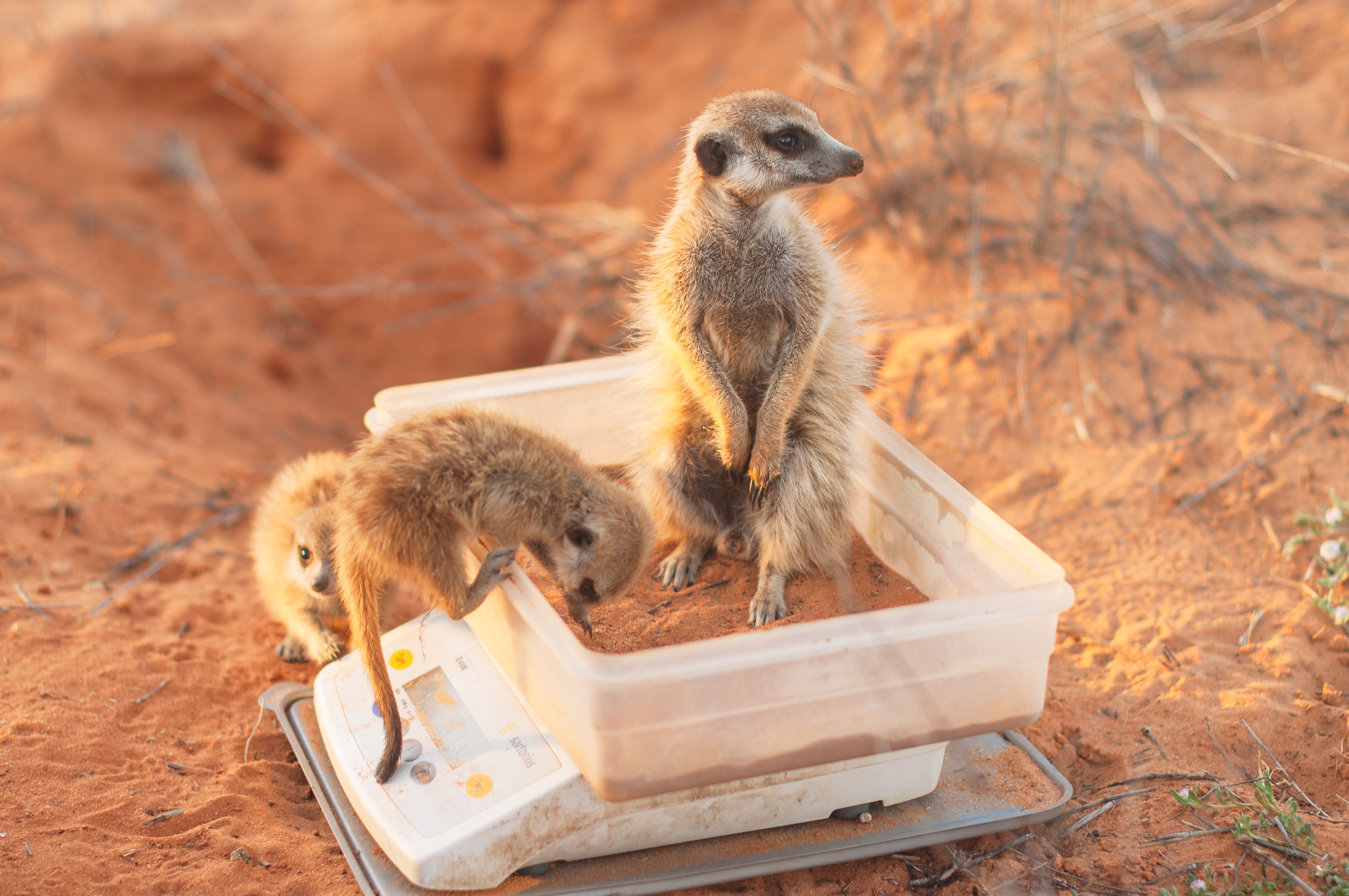 The overall winner in the Ecology in Action category went to Dominic Cram for this picture of meerkats loitering around a scale. “At the Kalahari Meerkat Project, wild meerkats are habituated to the presence of human observers, and are trained to climb onto electronic balances,” writes the BES. “Close observation of meerkats, and regular collection of weight data, allow researchers from the University of Cambridge to investigate behaviour and growth in a natural ecological context.” 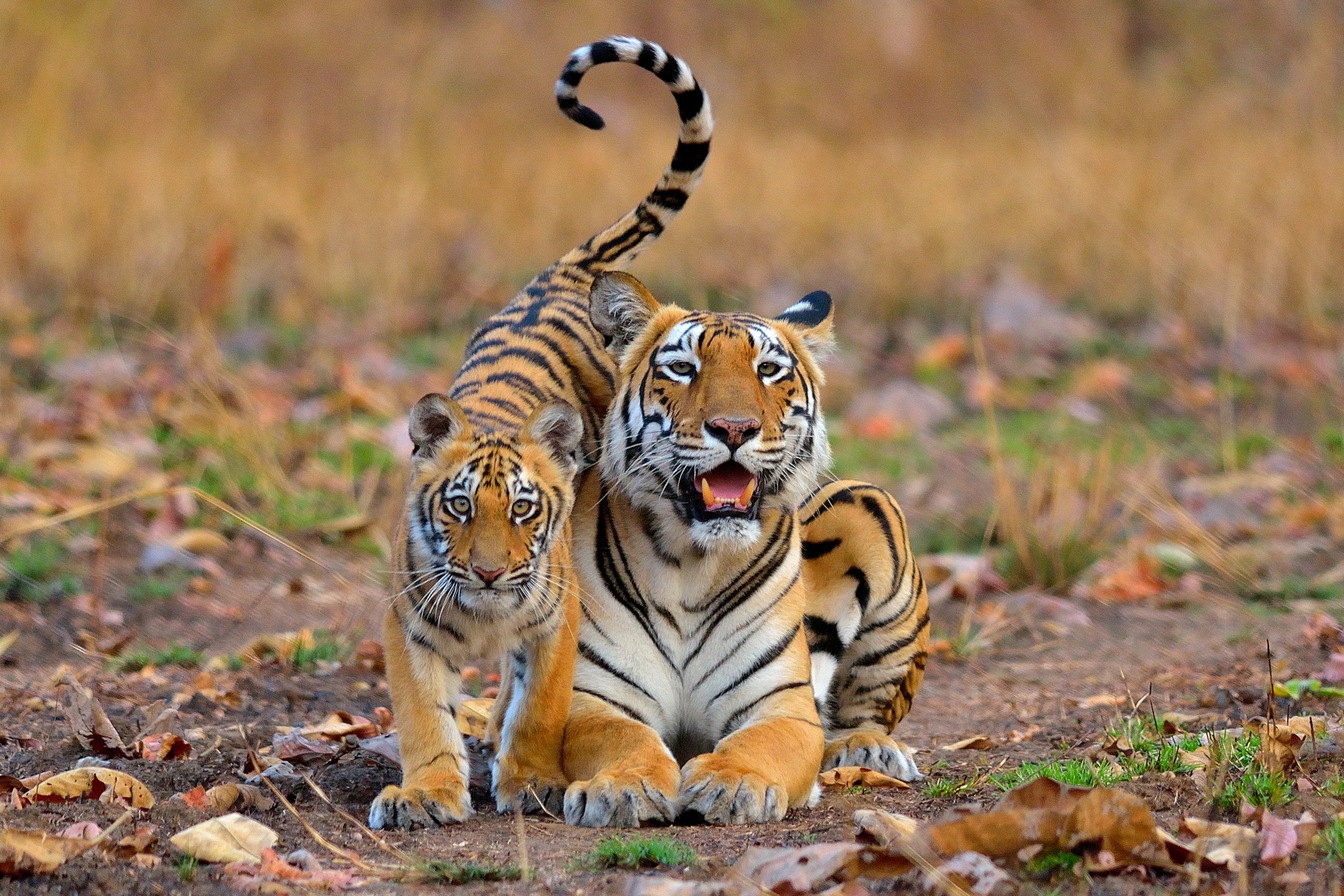 An inquisitive cub is seen coming out of its mother’s protection to explore the world outside, in this photo taken by Nilanjan Chatterjee. The image was winner of the Individuals and Populations category. 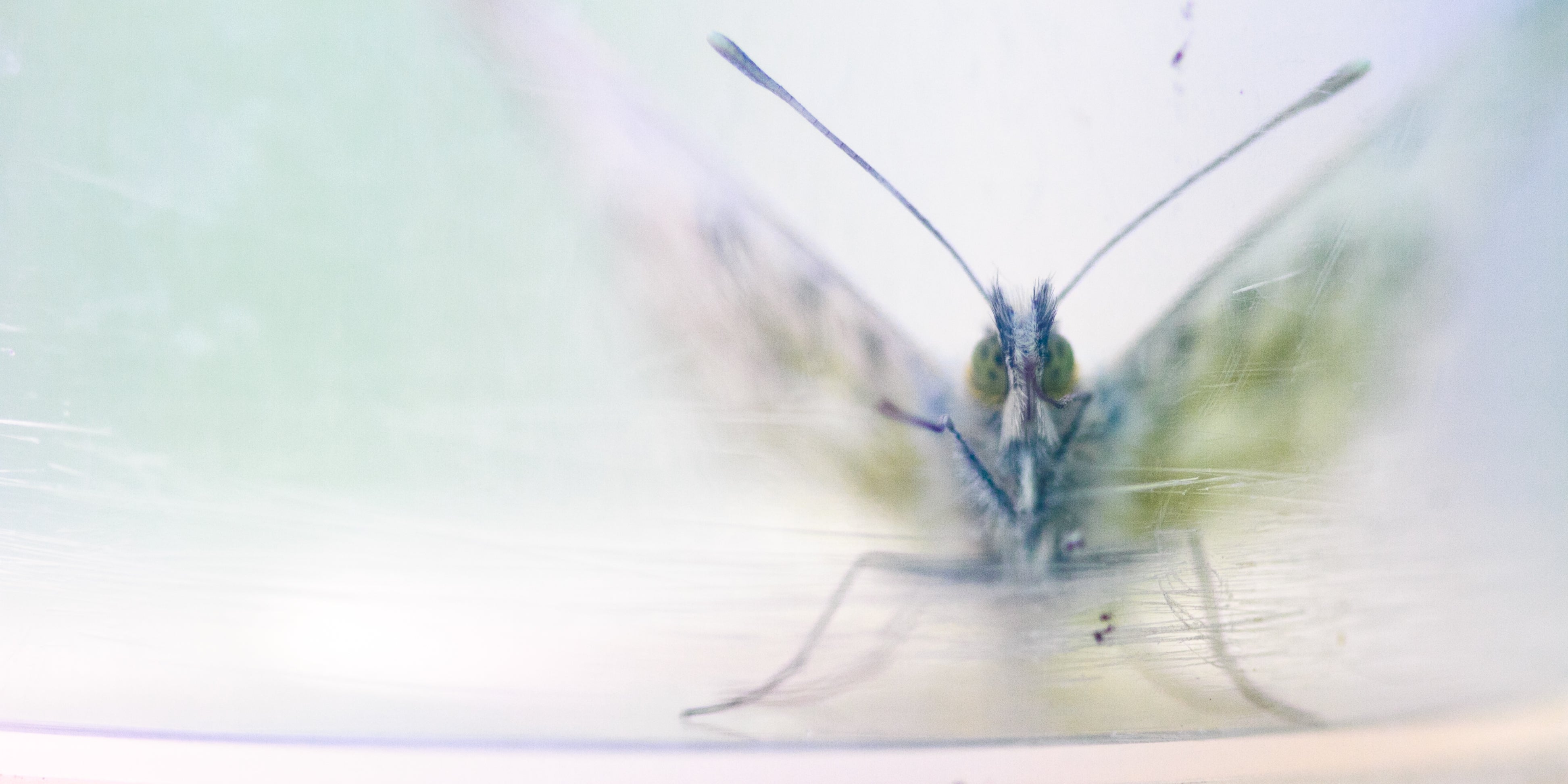 “During an excursion in my third year studying biology, a butterfly, Anthocharis cardamines, was caught and put into a plastic jar,” said Sanne Govaert, who took the photo. “This way the butterfly could be easily identified and shown to the interested students. The jar was scratched, giving an artistic flair to the picture.” This image won Student Prize in the Art of Ecology category. 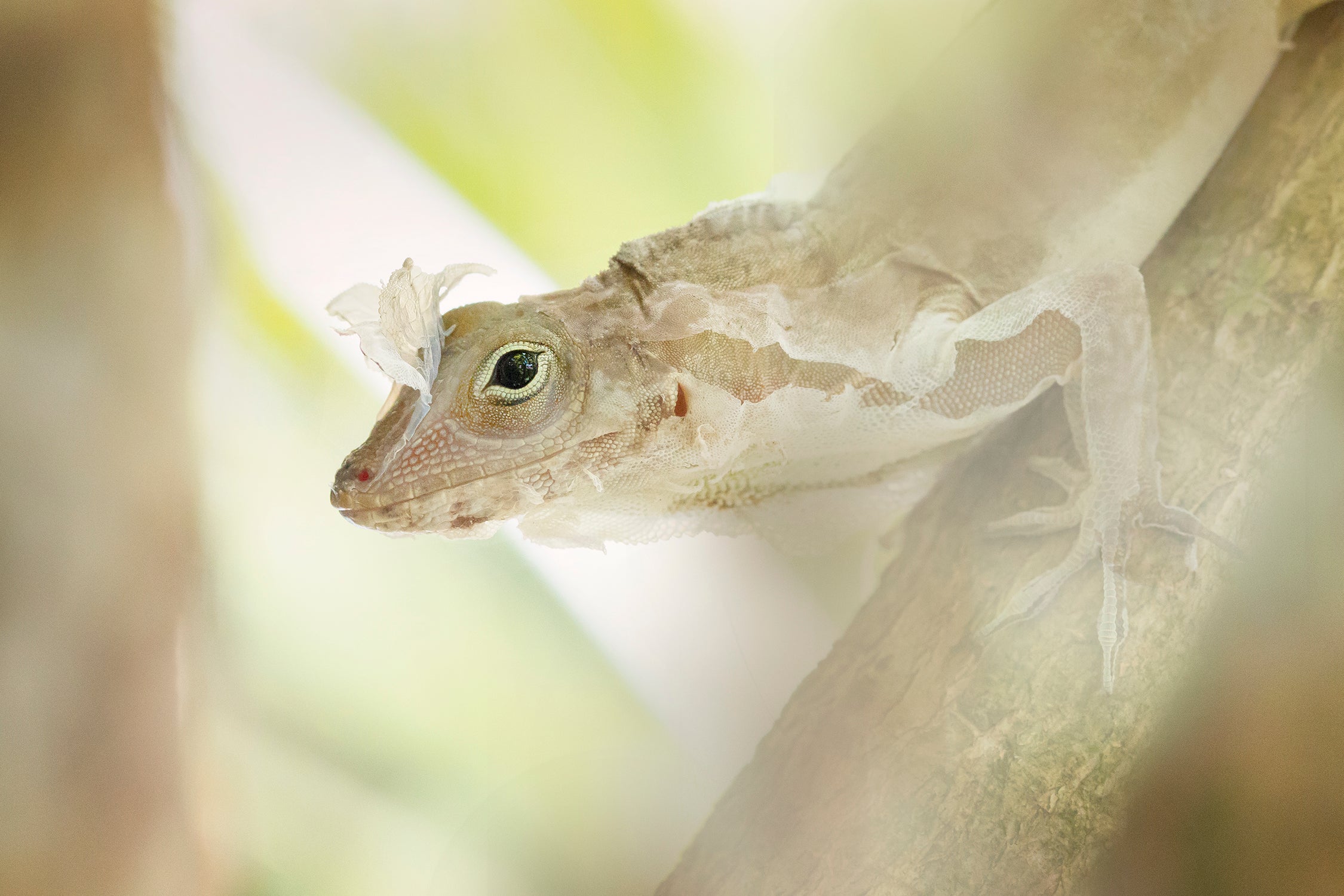 Winner of the Up Close and Personal category went to Roberto García Roa for this picture of a male Anolis Lizard in Costa Rica. [British Ecological Society]

4 Situations Where a Dedicated Camera Still Smokes a Smartphone