Nobody likes it when a bird poos on their car. But the residents of a wealthy neighbourhood in Bristol seem to have taken this dislike to another level. They’ve installed anti-bird spikes on local trees. Humans really are the worst.

wealthy residents have fitted trees with ‘anti-bird spikes’ in a bid to protect their expensive cars from bird droppings https://t.co/hz1thQngj3 pic.twitter.com/K0TlcJCLmg

Our war on wildlife: now birds are not allowed in trees...?! Pigeon spikes spotted in Clifton, Bristol above a car park. Has anyone seen this before? How is it allowed?!
📷: thanks to Anna Francis pic.twitter.com/NuG9WvYBMj

Anti-bird spikes aren’t new. The spikes prevent birds from landing and you can see them on buildings all over the world. But placing the spikes on trees, a place that the birds obviously have more claim to than humans, really is extreme.

“There is a big problem with bird droppings around here,” one local resident told the Bristol Post. “They can really make a mess of cars, and for some reason they [the birds] do seem to congregate around this area.”

According to the Bristol Post, the spikes appear on two different tress in the neighborhood and are designed to keep birds from congregating over the BMWs and Audis in the area.

Since the spikes are on private property, there isn’t much that anyone can do to stop them. But needless to say, environmental groups and average residents aren’t too happy about the anti-bird spikes.

“I’m aware that the landowner might be legally within their rights to do this to the trees as they seem to be on private land,” Green Party politician Paula O’Rourke told the Guardian.

“Whether allowed or not though, it looks awful and it’s a shame to see trees being literally made uninhabitable to birds – presumably for the sake of car parking,” O’Rourke said.

Some locals in Bristol have come up with ideas for taking revenge on the car owners who installed the anti-bird spikes, including dumping bird poo on their precious vehicles.

But sadly, spikes aren’t just for birds. More and more municipalities are using anti-human spikes to deter homeless people from sitting and sleeping on ledges and streets. 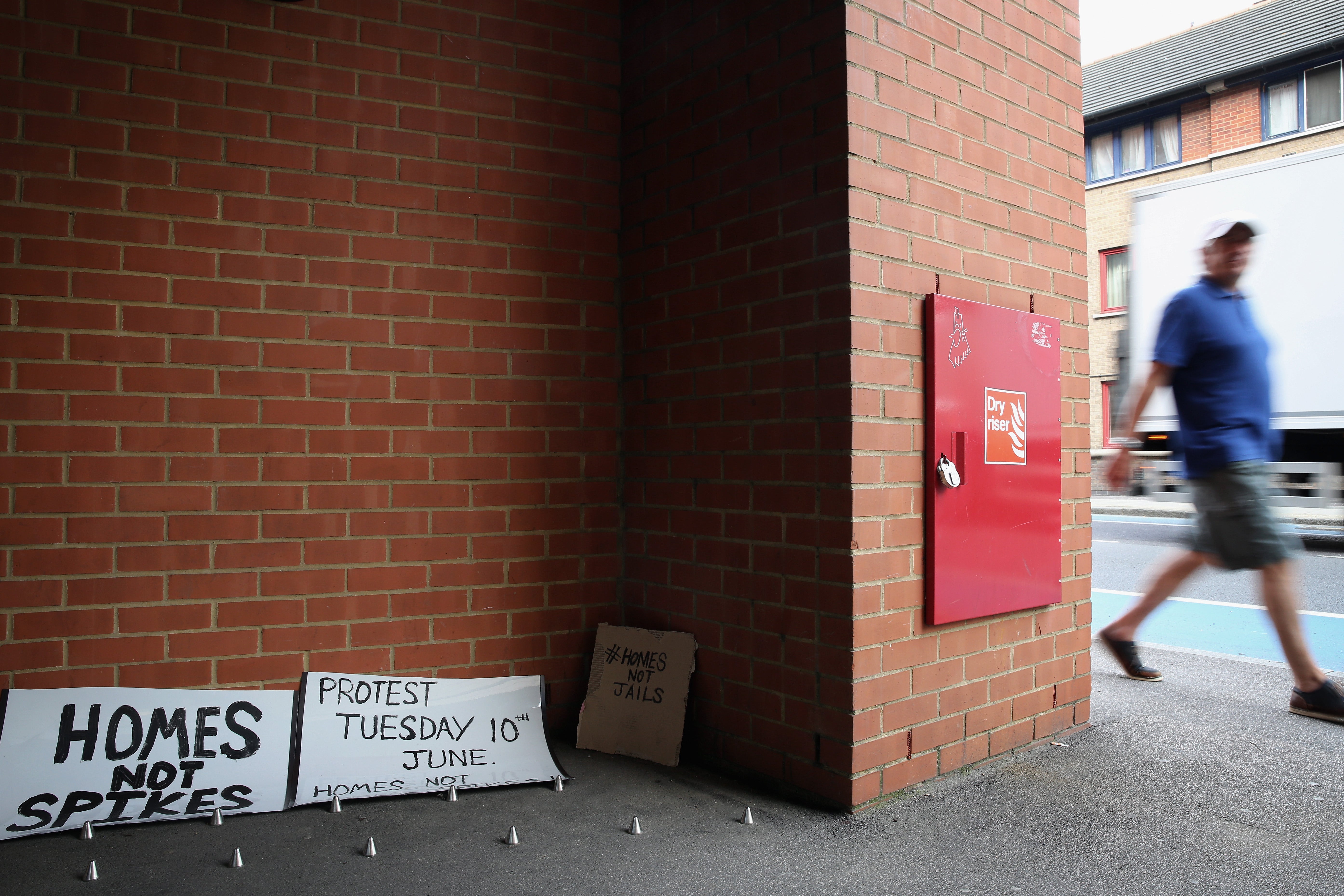 Anti-homeless spikes and protest signs around them in London, 2014 (Photo by Dan Kitwood/Getty Images)

So I guess the lesson here is that humans are bad and treat everyone and everything poorly, including trees, birds, and other humans—which really does seem to be the broader lesson of 2017. Happy Christmas, one and all! Try to be nice to someone today, even if it’s just a dumb bird! [Bristol Post and The Independent and The Guardian]

FBI: Man 'Thought It Would Be Funny' to Shine Laser in Pilot's Eyes, Crashed Car in Chase

Report: InfoWars Ran Years-Long Conspiracy to Rip Off RT and the Rest of the Media