Just six weeks into the First World War, Australian submarine HMAS AE1 disappeared without a trace somewhere off the coast of New Guinea, marking the first time an allied sub had been lost in the conflict. Marine archaeologists have now discovered the historic wreck, ending a mystery that has endured for over a century.

Australia, like other commonwealth countries, joined Great Britain in the war against Germany and Austria-Hungary on 4 August 1914. Six weeks later, on 14 September, the HMAS AE1 was on patrol off the New Guinean island of East New Britain when it went missing, going down with 35 Australian, New Zealand, and British crewmen on board. No distress calls were issued, nor were there any witnesses to the scene.

Its final resting place, and the cause of the sinking, have remained a mystery since that day. Since the sub went down, there have been no less than 13 private and government-funded hunts for the wreck. But as the Sydney Morning Herald reports, it seems the 13th time’s the charm.

Radio scans show the outline of the HMAS AE1, found off the coast of the the Papua New Guinea island of New Britain. (Image: Australian Department of Defence via AP)

The missing submarine was discovered yesterday (20 December) by the Australian Navy and the Dutch-owned Fugro N.V. survey company near the Duke of York Islands. The 180-foot-long (55 metres) sub was found resting under nearly 1,000 feet (300 metres) of water. Incredibly, the latest search for the missing vessel started only last week. A combination of radio scans and up-close inspections by a submersible confirmed the identity of the wreck.

“The boat and her crew, who’ve been on eternal patrol since 1914... have now been found,” said Australian Defence Minister Marise Payne in a statement. “I truly trust that this discovery will bring peace of mind to the descendants of the families of the crew who lost their lives on board and perhaps in time it may also enable us to discover what caused the submarine to sink,” adding that “It was... a significant tragedy felt by our nation and our allies.”

The AE1, along with its sister sub the AE2, were two E-class submarines—the first of their kind for Britain and Australia. According to the Australian Navy, these subs could plunge to a depth of 100 feet (30.5 meters) and travel at maximum speed of 17 mph (28 km/h). In terms of weaponry, these E-class submarines were equipped with four 18-inch torpedo tubes, which were positioned on the ship’s front, rear, and broadsides. 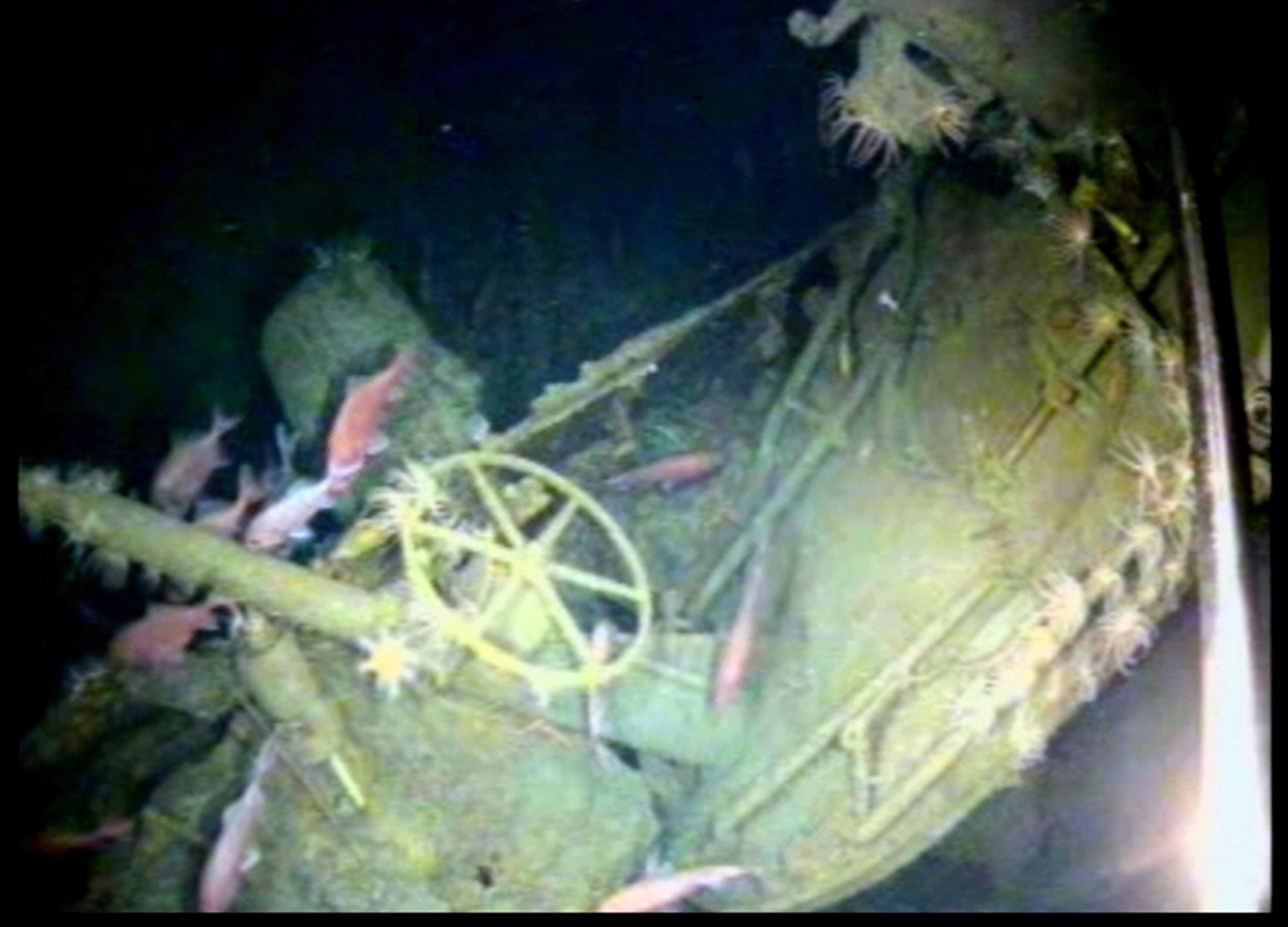 Fish swim around the helm of the sunken sub. (Australian Department of Defence via AP)

Along with the Australian Naval and Military Expeditionary Force, the AE1 was part of an operation to capture German-occupied New Guinea. Commanded by Royal Navy Lieutenant Commander Thomas Besant, the sub participated in actions that eventually led to the capture of New Guinea.

As Payne noted, the reason for the sinking is still unknown. It’s highly unlikely that the sub went down as a result of enemy action, as the nearest German vessel at the time was a survey ship. Also, because no oil, wreckage, or bodies were found, it was assumed the sub sank intact—an assumption that proved correct. Radio scans and images taken by a submersible show a remarkably well-preserved submarine.

Speaking to The Australian, retired Rear Admiral Peter Briggs said the sinking likely happened as a result of a diving accident, saying, “The submarine appears to have struck the bottom with sufficient force to dislodge the fin from its footing, forcing it to hinge forward on its leading edge, impacting the casing.”

The exact location of the AE1 is being kept secret to prevent any unwanted intrusions. Along with the government of Papua New Guinea, Australia is devising a plan to preserve the site and create a lasting, meaningful commemoration.
[ABC News, Associated Press, SMH, The Australian]

The History of Wireless Everything