Just look at this incredibly detailed photo of Jupiter’s clouds as captured by NASA’s Juno spacecraft. It’s an otherworldly distraction to keep our minds off all the crap that’s happening here on Earth, at least for a little while. 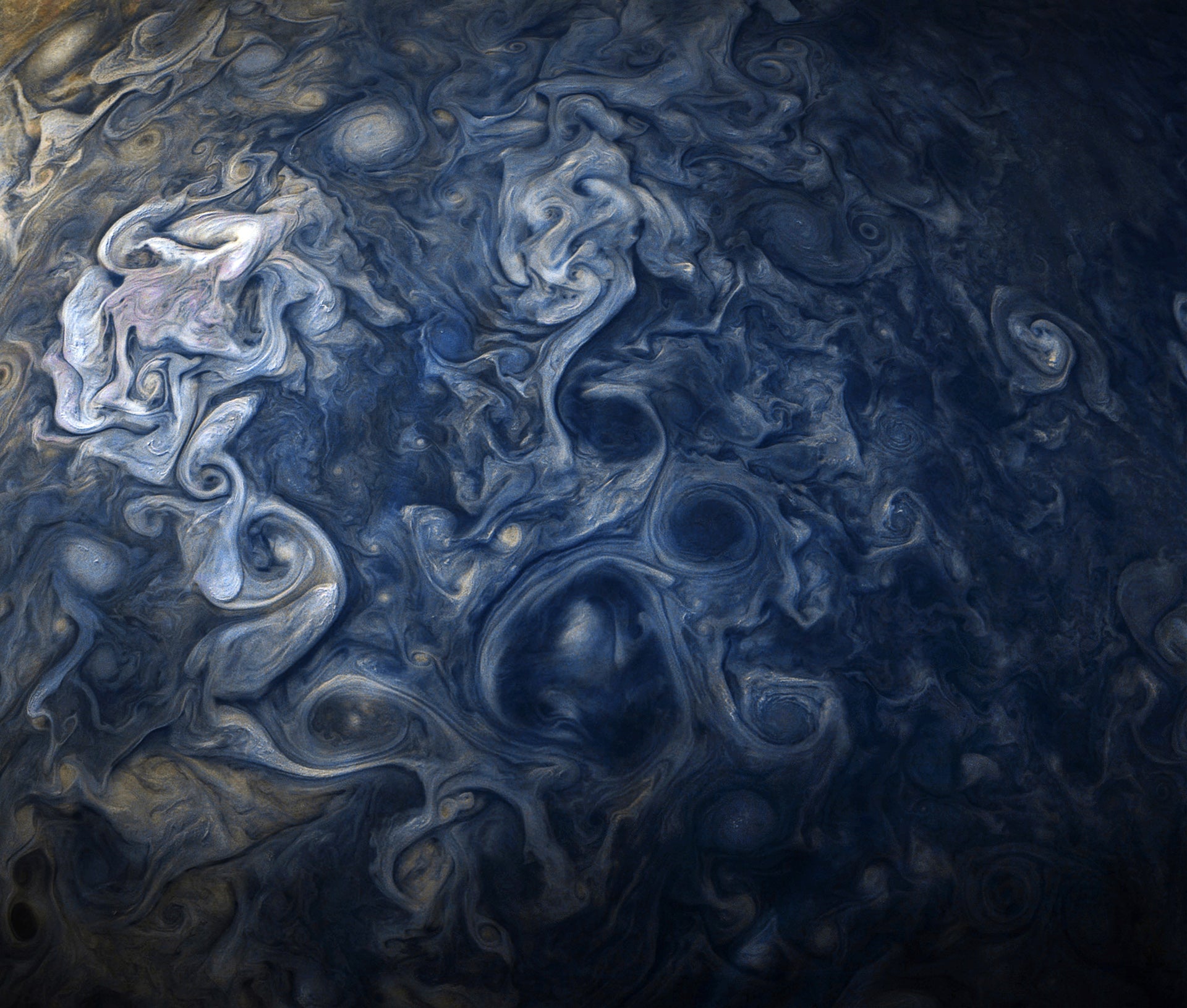 The stunning blue, grey, and white swirls look like drops of oil in a puddle of water, showcasing the complexity of Jupiter’s turbulent atmosphere. Juno captured this image at just the right time when the gas giant’s high altitude clouds were casting a shadow on their surroundings. 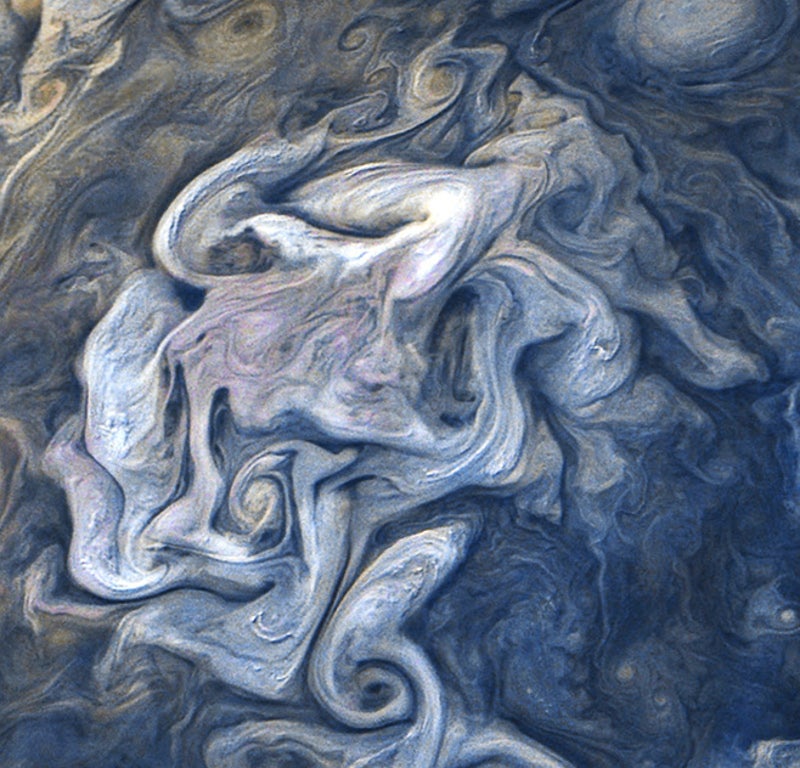 This particular region of Jupiter is in the northern hemisphere. Juno was nearly three-fifths of the way from Jupiter’s equator to its north pole, and conducting its ninth close flyby, when the photo was taken.

Before you move on to the next article, take a few moments to enjoy this remarkable view of the Solar System’s largest planet. Good things like this seem scarce these days—and who knows what horror the next click of your mouse might bring. [NASA]

You Should Look at The Moon

Dark Matter Is Not Dead

An Asteroid Will Pass Near Earth Next Month But No, You Don't Have to Worry