CES 2018: Acer's Swift 7 Is the Thinnest Laptop in the World, Again

Even though the battle to slim down laptops has slowed in recent years, that hasn’t stopped Acer from trying. And with the second-generation Swift 7, Acer has retaken the crown for having the thinnest laptop in the world.

Measuring just 8.98mm, Acer managed to shave off an additional millimetre compared to the original model. However, that wasn’t the only improvement, as the Swift 7 now sports a larger 14-inch screen, a new i7 CPU (the old Swift 7 was limited to i5), a built-in fingerprint sensor and even the option for 4G LTE connectivity. 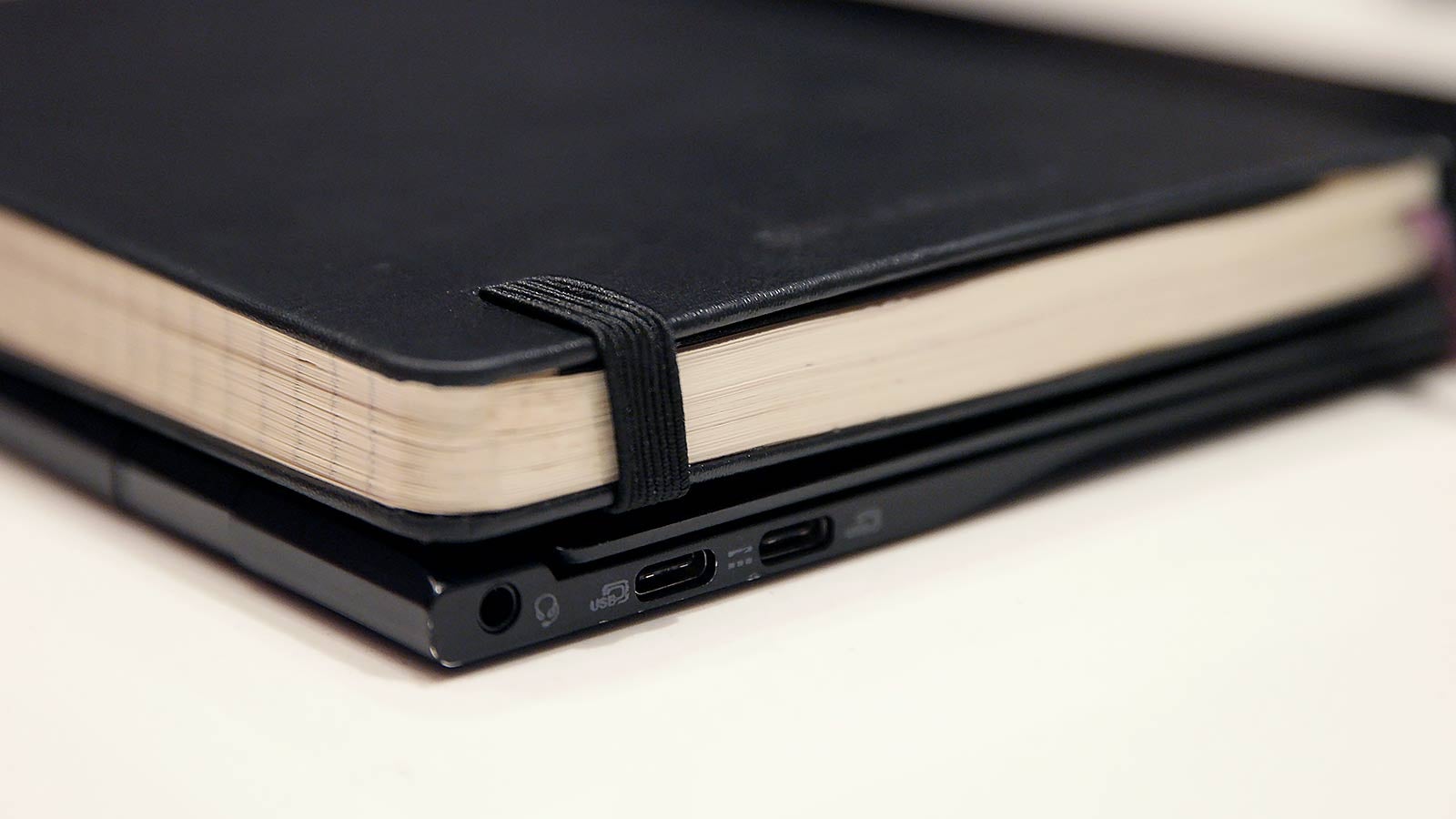 Check out how fat the Swift 7 makes a Moleskin notebook look, it’s crazy.

After getting a chance to check out the Swift 7 for myself, it really is kind of shocking how sleek this thing is, as the thickness of top and bottom lids make it seem like there’s simply no room inside for actual computer guts. On top of that, despite having almost no room to work with, the Swift 7's clicky keyboard was surprisingly comfortable. 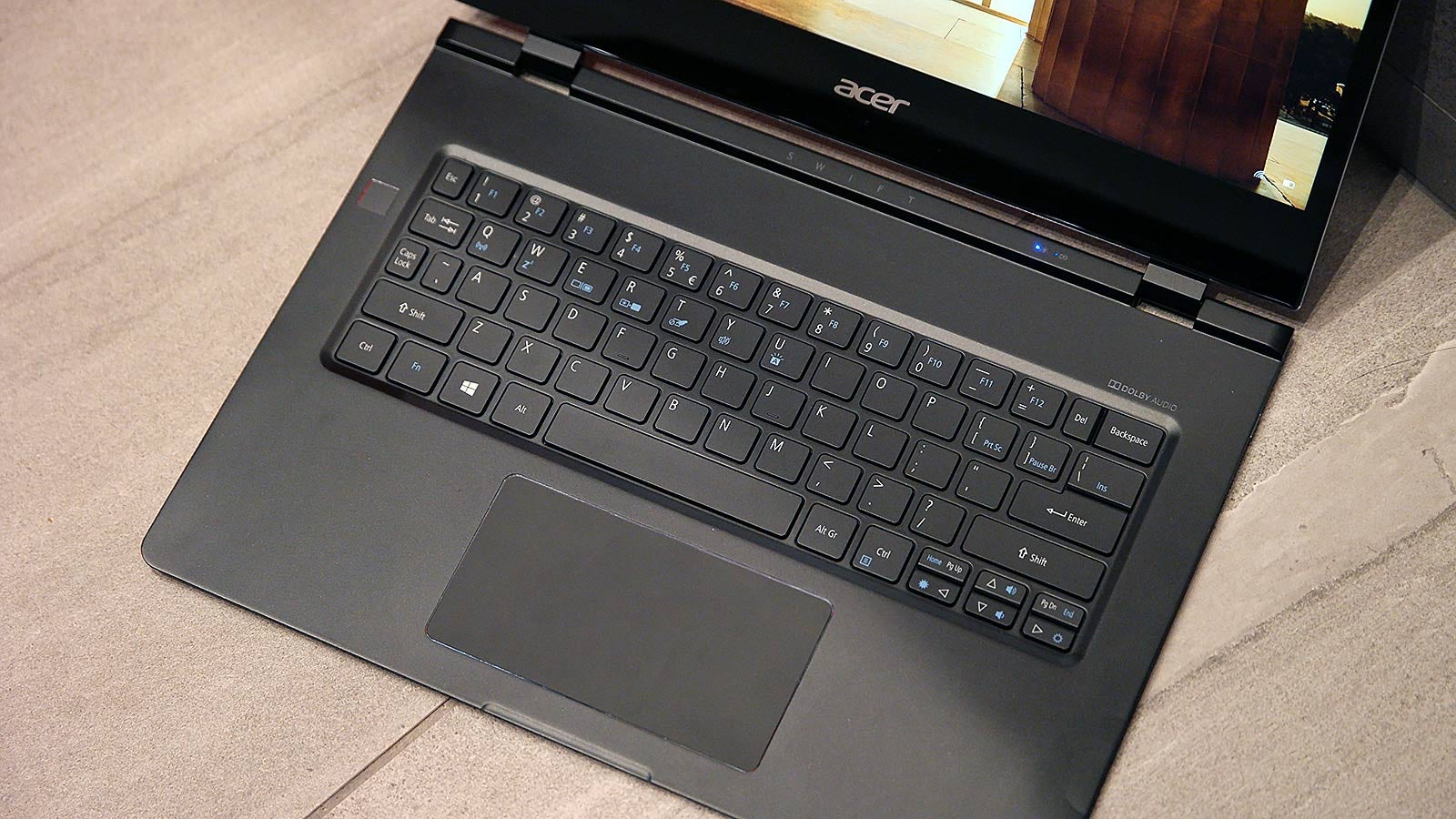 However, the same can’t be said for the Swift’s touchpad, which is devoid of any kind of tactile feedback, a choice made due to the notebook’s super thin waistline. Even though I knew that going in, I still had a hard time getting used to the lifeless feeling I got anytime I tried to “click” on something using the touchpad, and it could be even worse for buyers who are just looking something super easy to carry around. 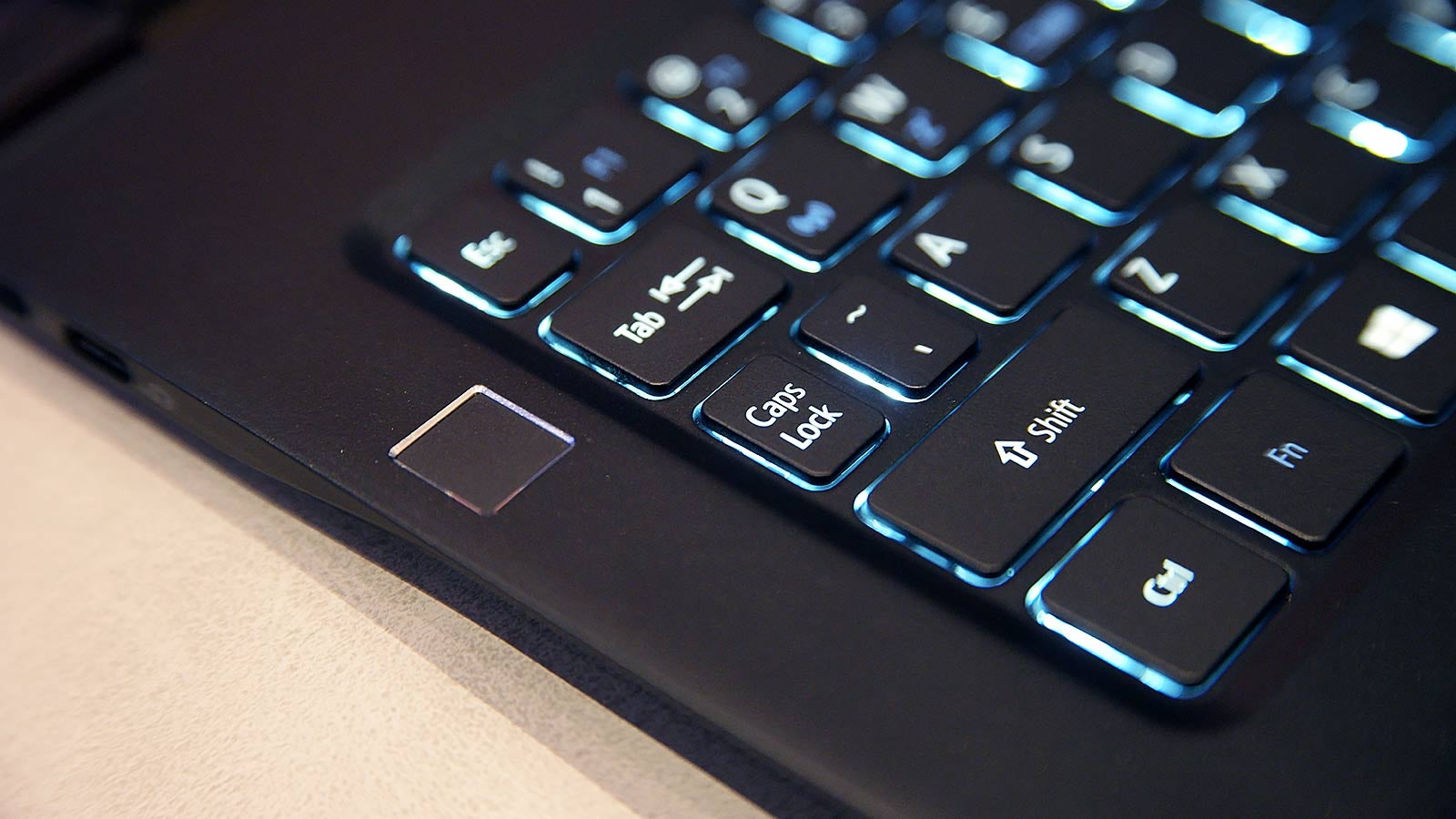 The other thing I can’t really get down with is the Swift 7's connectivity options. All you get are two Type-C USB 3.1 ports, a nanoSIM slot, and a headphone jack. That’s one USB short of what I typically expect on a system this size, especially when one of them will usually be reserved for charging. 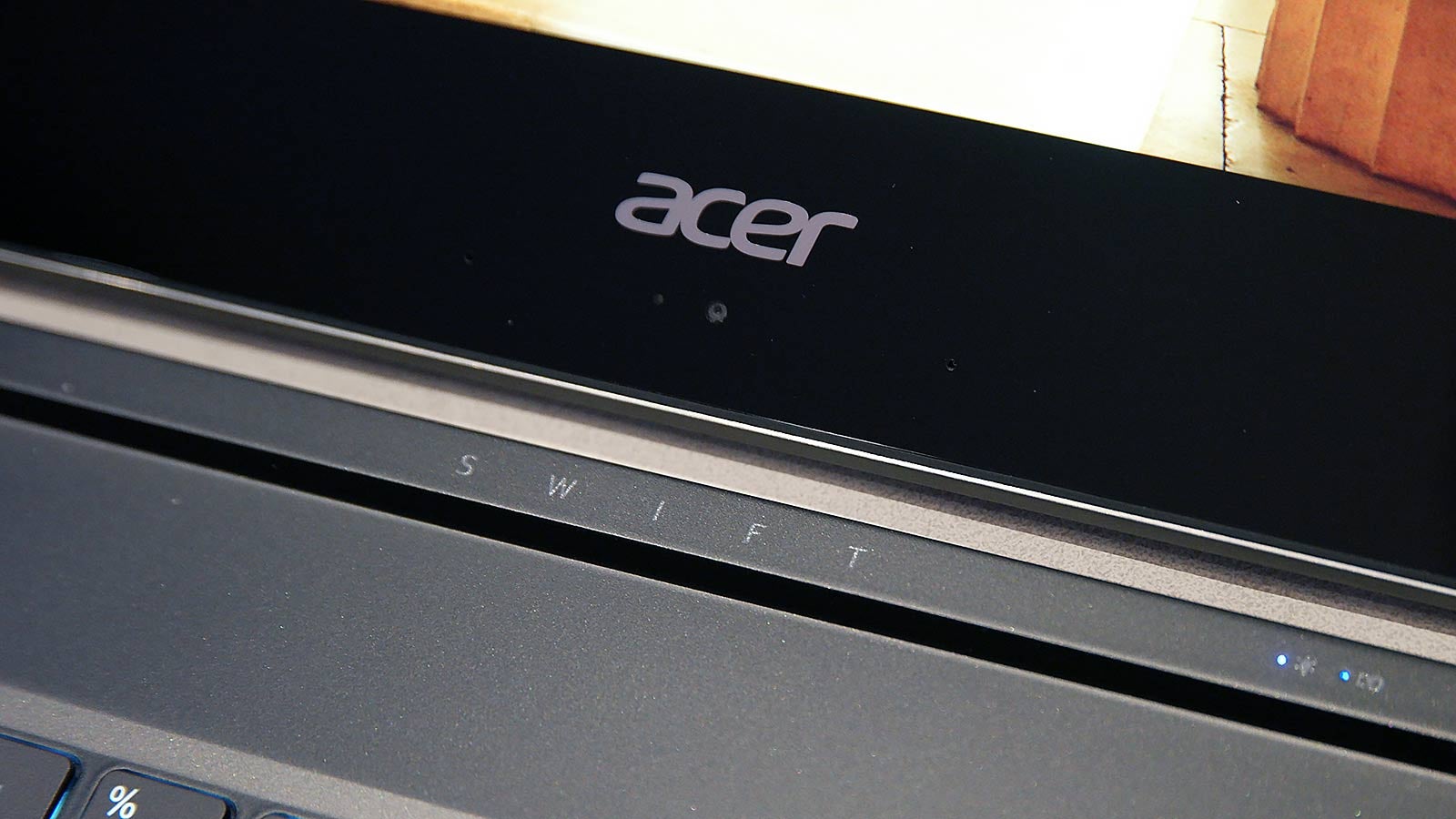 Another small annoyance is that like Dell’s XPS 13, the Swift 7's webcam is located below the screen. Laptop makers really need to stop doing this, and what may be worse, is that while Acer says it has reduced the size of the second-gen Swift’s bezels, just look at that chin. It’s got a jaw like Jay Leno. 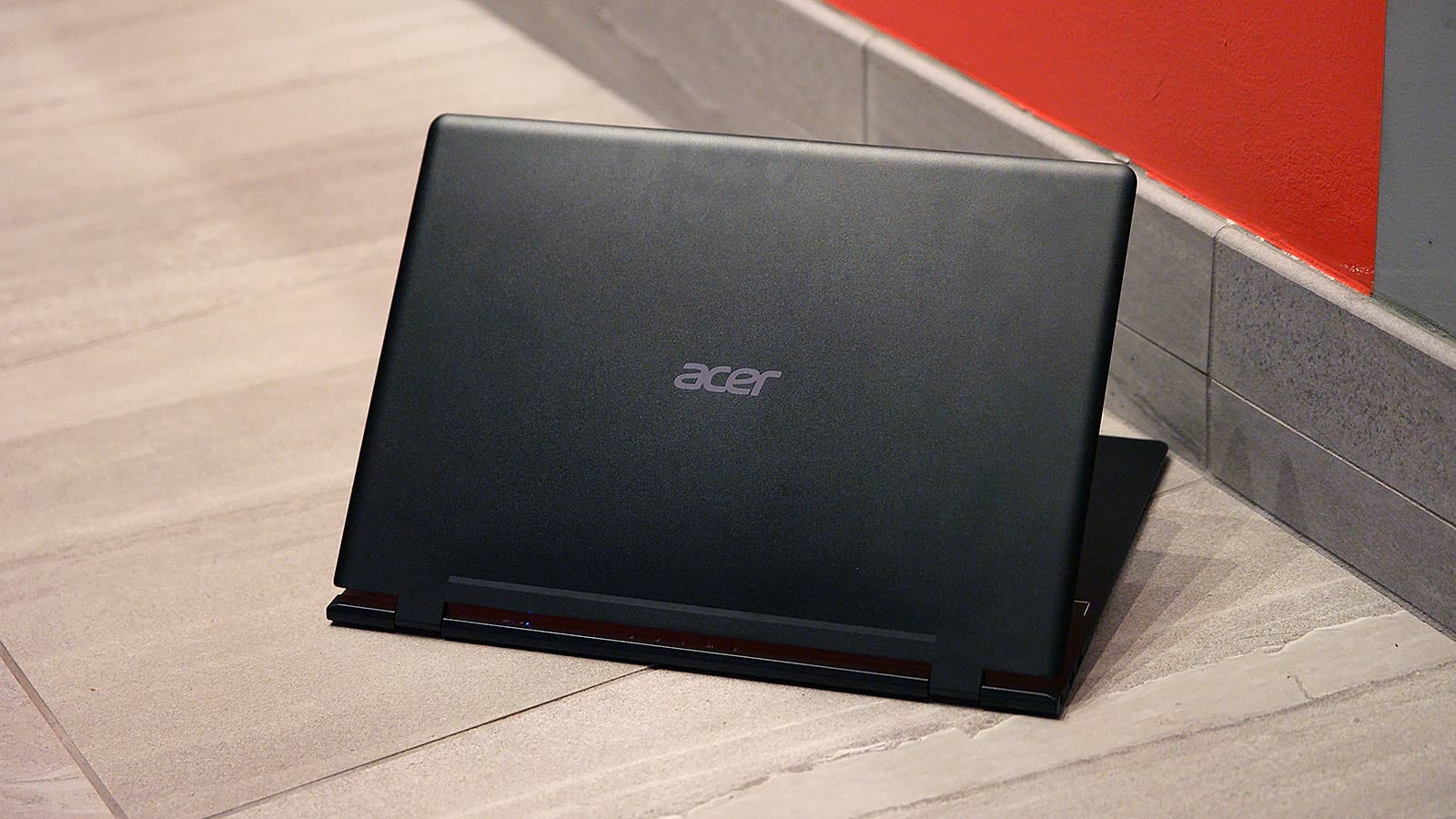 Even so, all the tweaking and engineering Acer had to do to get the system this thin is still quite impressive. At this point, I have to imagine that 8 to 9mm is essentially the limit for how skinny notebooks can go, without needing to make drastic changes like removing the system’s physical keyboard altogether.

I guess this is just the price you pay for the ultimate in thinness.

CES 2018: Putting a Battery Inside a Laptop Sleeveis a Brilliant Idea