CES 2018: Why Samsung's Home of the Future Concept Scares the Hell Out of Me

Picture this: you live in the future. Your gadgets are voice-controlled. You’re lazy, so you don’t want to walk over to a smart speaker to bark your commands. But one of the world’s largest electronics companies has saved you from that slightly inconvenient fate by installing microphones in everything you own.

Welcome to Samsung’s home of the future.

The South Korean company showed off the concept as a sort of centerpiece at this year’s Consumer Electronics Show (CES) in Las Vegas, Nevada. Depicting a futuristic residence as a glossy white box lined with blue LED lights suitable for any movie inspired by a Philip K. Dick novel, the concept looks immediately futuristic, and that’s the point.

In the future, Samsung told me, almost anything in your home could be equipped with a sophisticated microphone the size of a fingernail. That sophistication could enable those microphones to pick up any audio command spoken at a reasonable volume. That could mean you wouldn’t have to yell across the room at a smart speaker to turn the lights up and down. You could almost mutter to yourself, “Bixby, these lights are too dark.” And Bixby, Samsung’s proprietary voice assistant, could know to make the lights brighter.

The concept seems awesome in a certain light. Imagine walking around your flat in the dead of summer and saying, “Bixby, can you cool this place down?” And then, the artificially intelligent software adjusts the air conditioner so that you’d be comfortable in a matter of moments. The idea is also exciting for entertainment. “Bixby, this show sucks.” And then, the voice-controlled robot searches your viewing history for shows you like and picks one out. It’s on the screen a few seconds later. Cool future! 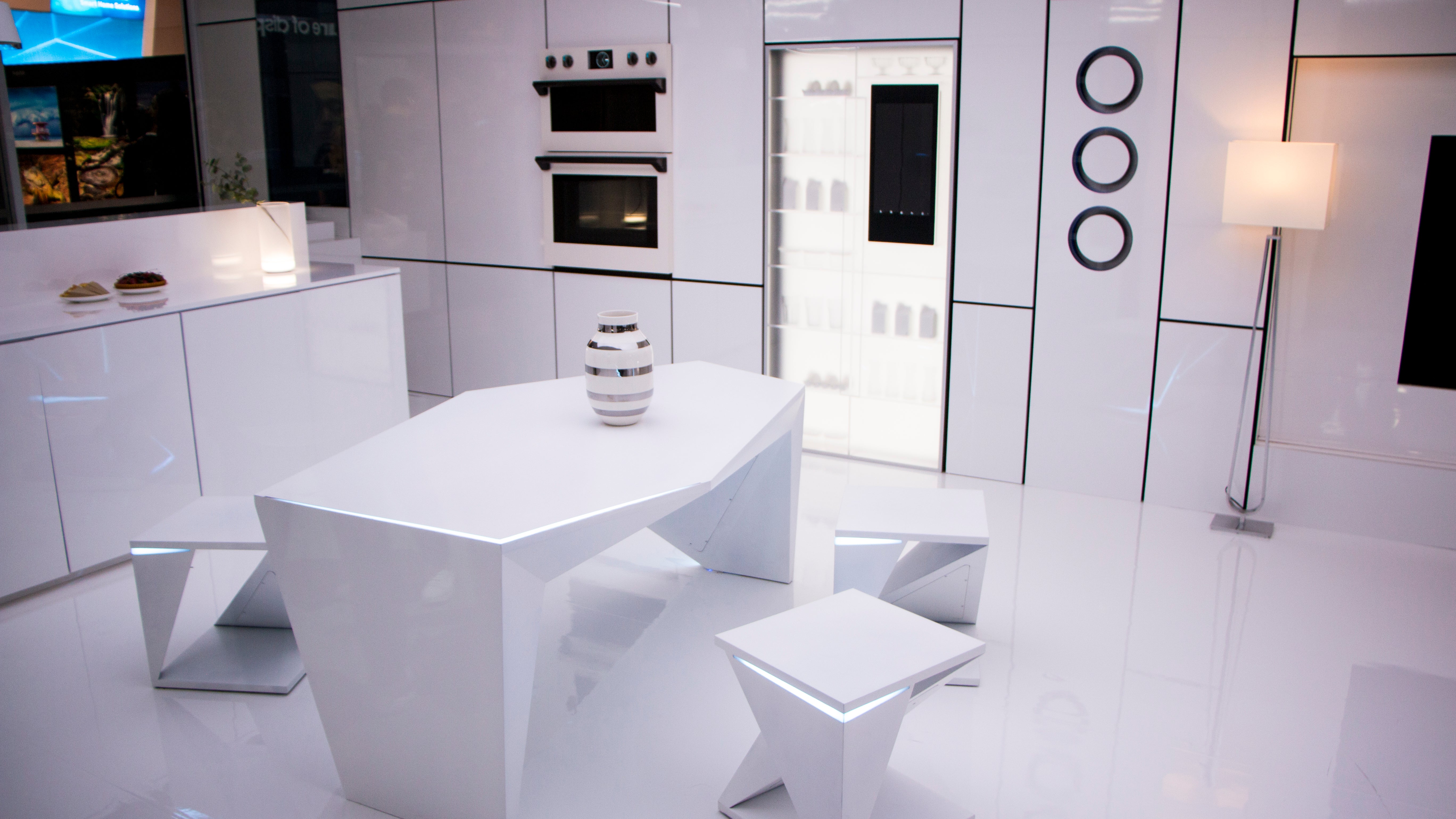 I’m a paranoid curmudgeon, though. I’m not ready to install tiny microphones all over my house that can listen to my grumbles—and I do grumble. One saving graces of smart speakers like the Amazon Echo and Google Home is that they occupy a specific corner of your home. Even if the microphone is always on, you can go in the other room and hatch your plan for world domination without fear that some Silicon Valley server is listening in.

Maybe I’m naive. It’s possible that the only way for a smart home to become truly intelligent is for some AI to listen to your needs as often as possible. I’ll decide if that’s something I want if and when it becomes real. In the meantime, Samsung’s idea intrigues and terrifies me. This is a good thing.

CES 2018: Samsung Put a Big AKG Speaker Into a Refrigerator and It's Oddly Awesome

Samsung Confirms the Galaxy S9 Will Launch Next Month

CES 2018: Samsung's 8K TVs Will be Available to Buy Later This Year

CES 2018: Samsung Swears Its Top-Shelf Displays Won't Suck as Much as Last Year