The Best Apps to Make a Perfect Home Movie Night

Getting a movie up on the big screen in your living room is easier than it's ever been—with services like Netflix, iTunes, Amazon Prime Video and more at your disposal, you’ve got a huge choice of films to pick from. But movie night is about more than just the movie, and here we’ve picked out our favourite apps for adding something extra.

From apps that let you watch films without being in the same room (or even the same continent) to ones that tell you exactly why a film might have that adult rating. There’s even one that tells you the best time to run to the loo. 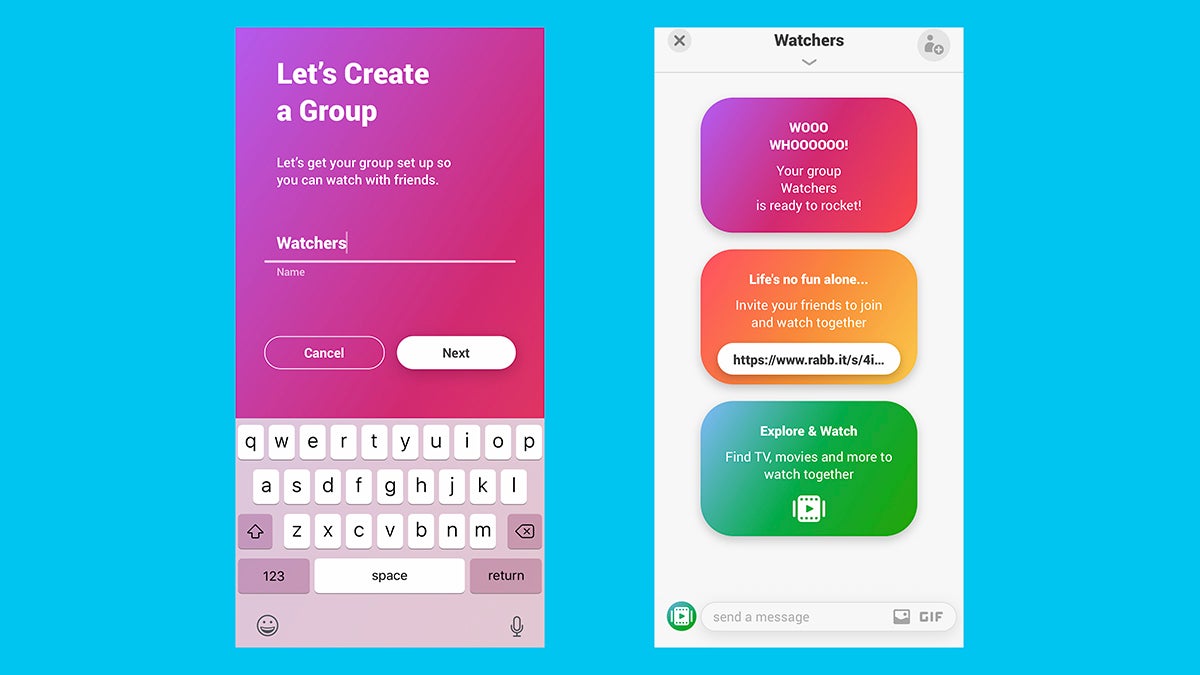 Maybe you can’t get your friends and family around for movie night, but that doesn’t mean your movie watching has to be a solitary experience—not when you’ve got the power of the web and apps like Rabbit to hand, which connects you to other people via your phone.

There are a number of web services that provide similar functions, from Facebook’s Watch Party (limited to Facebook videos) to Gaze (limited to local files and YouTube) to Watch2Gether (Youtube, Vimeo, and Twitch).

Our personal favourite is Rabbit. There’s no video call function, but a lot more content. You can watch videos together on Netflix, Amazon Prime Video and more actually on your phone (or on the web), or just take advantage of the group chat functionality to discuss movies as they play. It’s simple and slick. 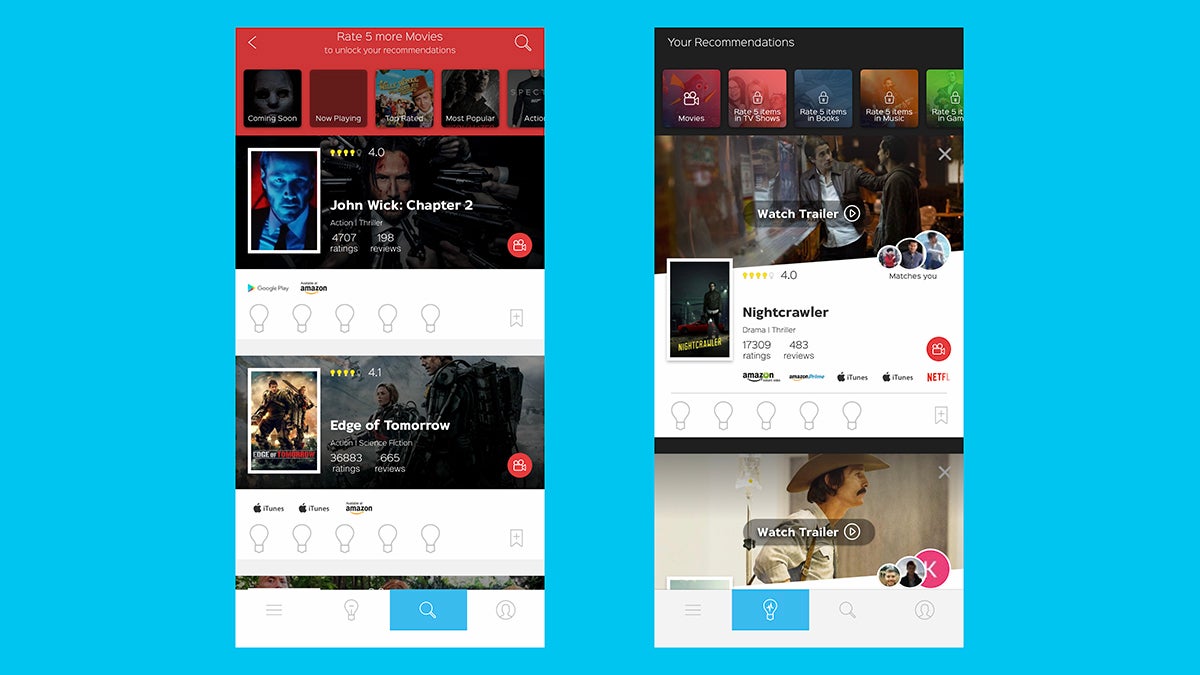 Before you settle down for the big movie night, there’s the question of what to watch—and the more people you’ve got with you, the more difficult it is to settle on something that everyone’s going to enjoy. If you’re not sure what to watch, fire up Itcher for some advice.

The app covers TV shows, music, and more besides movies, but works the same in each case: Just plug in your ratings of five movies you’ve seen, and Itcher throws up some choices. The more ratings you (and your friends) add, the better the recommendations. 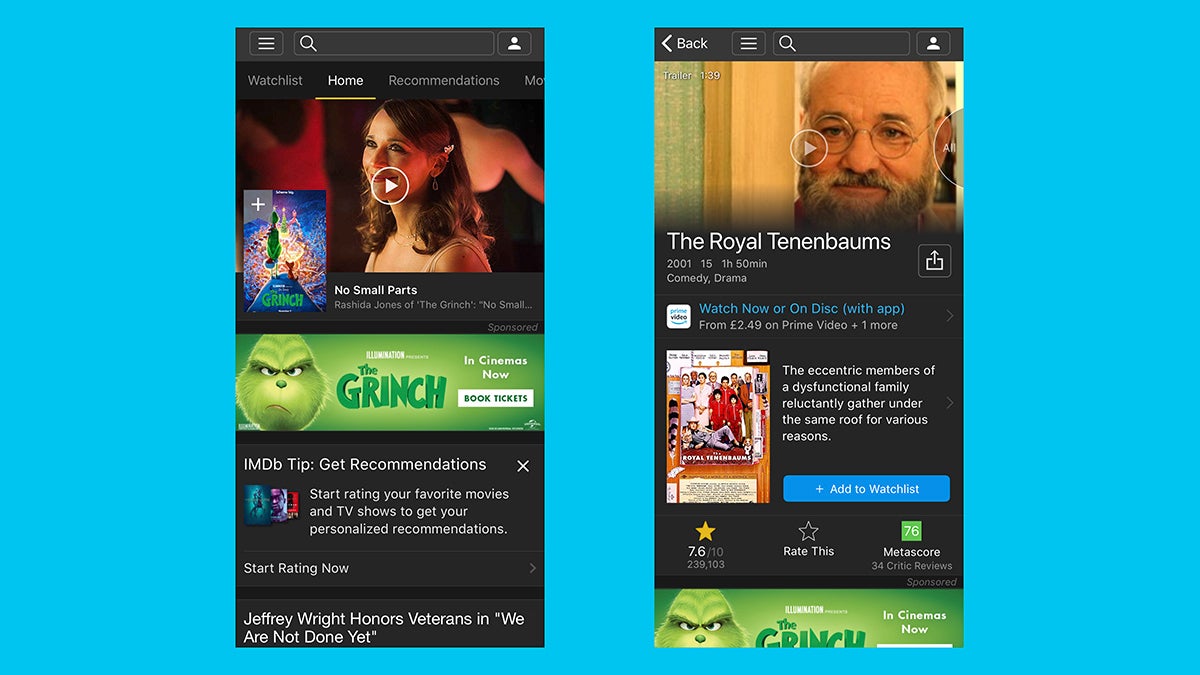 Since the earliest days of the modern web, the Internet Movie Database has been the go-to site for looking up cast lists, movie titles, random trivia, and all sorts of other useful information on the movies (or TV shows) you’re watching. It’s a huge mine of movie data.

And now it’s available as an app. Have this by your side on movie night and you won’t have to wonder who’s who, or what else you’ve seen a certain actor in, or what the terrible sequel to the film you’re watching was called—it’s all a tap away in the IMDB app. 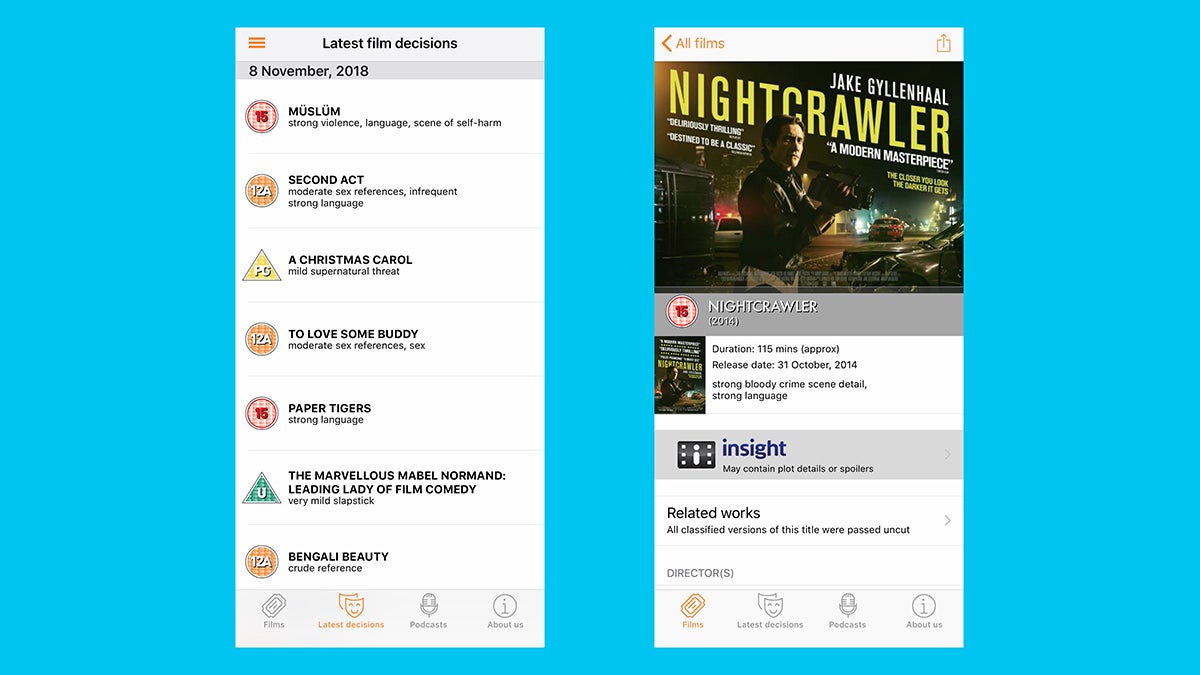 The BBFC (British Board of Film Classification) has its very own app—and it can give you some valuable advice on whether a film is going to be suitable for your collected gang of movie watchers.

The movie descriptions and flags for violence, language, gore, nudity, and the rest are written in clear, straightforward language that’s easy to understand wherever you are. 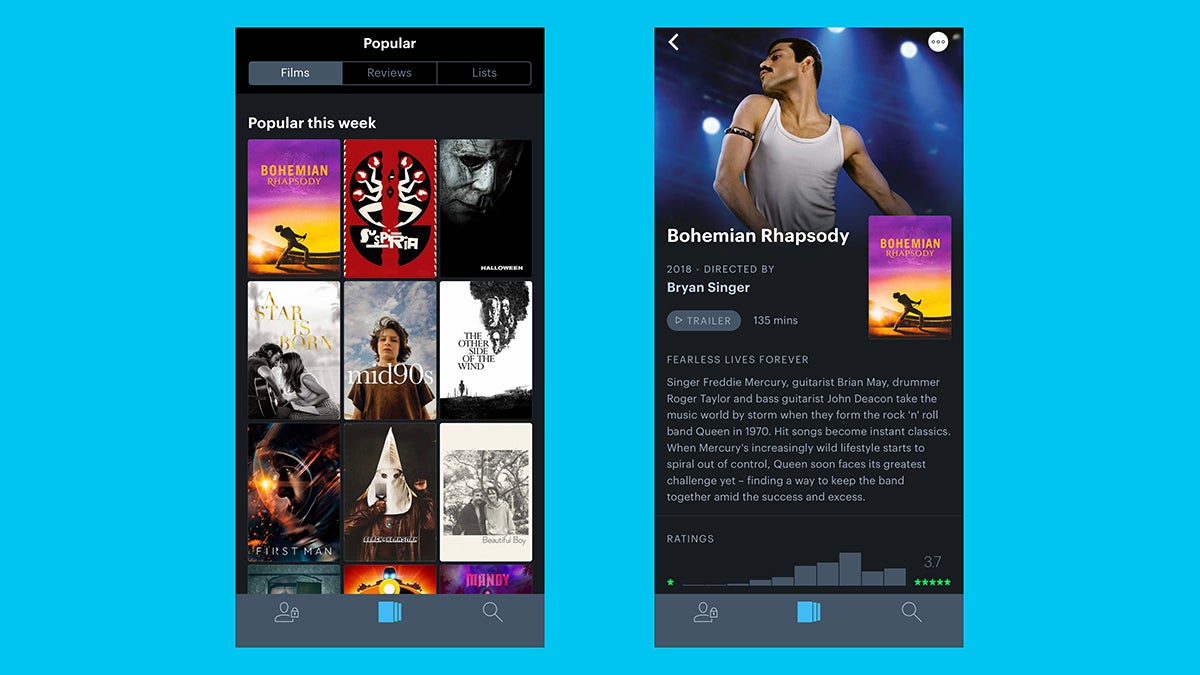 LetterBoxd is able to cover all sorts of stuff you might need for movie night, from film recommendations to detailed cast listings to a way of keeping track of what you’ve already watched. It’s an all-in-one toolbox app for tracking, assessing, and discovering movies.

You get a ton of info on each movie, including trailers and cast lists, and you can browse through reviews left by other users if you’re still deciding what to watch. And when movie night is over, you can share your own reviews, and curated movie lists, and more besides.

Where are you getting your movies from? No matter which streaming or download services you’ve subscribed to, JustWatch can help you track down the films that are available and just released on each platform, so you can quickly jump to the most convenient option.

In other words, you can find out which of the latest movie hits are actually included in your Netflix or Amazon subscription and which aren’t, or find out if that blockbuster action flick you want to watch has actually reached iTunes yet (and get an alert if and when it does).

Perhaps the most important question of all: When is it safe to leave the room to take a trip to the loo? RunPee has the answer for almost any film you care to name, so you can answer the call of nature without having to miss out on a crucial part of the movie’s plot.

At home you can usually start and stop movies as needed, but maybe your fellow movie watchers don’t want to pause the film, or maybe you want to skip a bit anyway. The app also offers up a plot synopsis for each title and tells you about any post-credits scenes too.