Falcon Heavy Now Officially the Most Powerful Rocket in the World

At 8:45 pm GMT, and with just 15 minutes left in today’s launch window, the Falcon Heavy thundered upwards from launchpad 39A at the Kennedy Space Center in Cape Canaveral, Florida, leaving a billowing trail of smoke behind it.

Thousands of onlookers cheered on as the rocket lifted off and drifted out of view. Cameras showed the “core” section of the rocket shedding its two Falcon 9 boosters, which drifted back towards Earth to attempt vertical landings. Following a flip manoeuvre, the late stage booster jettisoned its cargo, performing an atmospheric re-entry prior to its own vertical landing attempt on the barge, Of Course I Still Love You. The fate of the core is still not known.

In a tweet, SpaceX said the “second stage engine cutoff as planned,” with Elon Musk adding that the upper stage “will spend 5 hours getting zapped in Van Allen belts & then attempt final burn for Mars.” 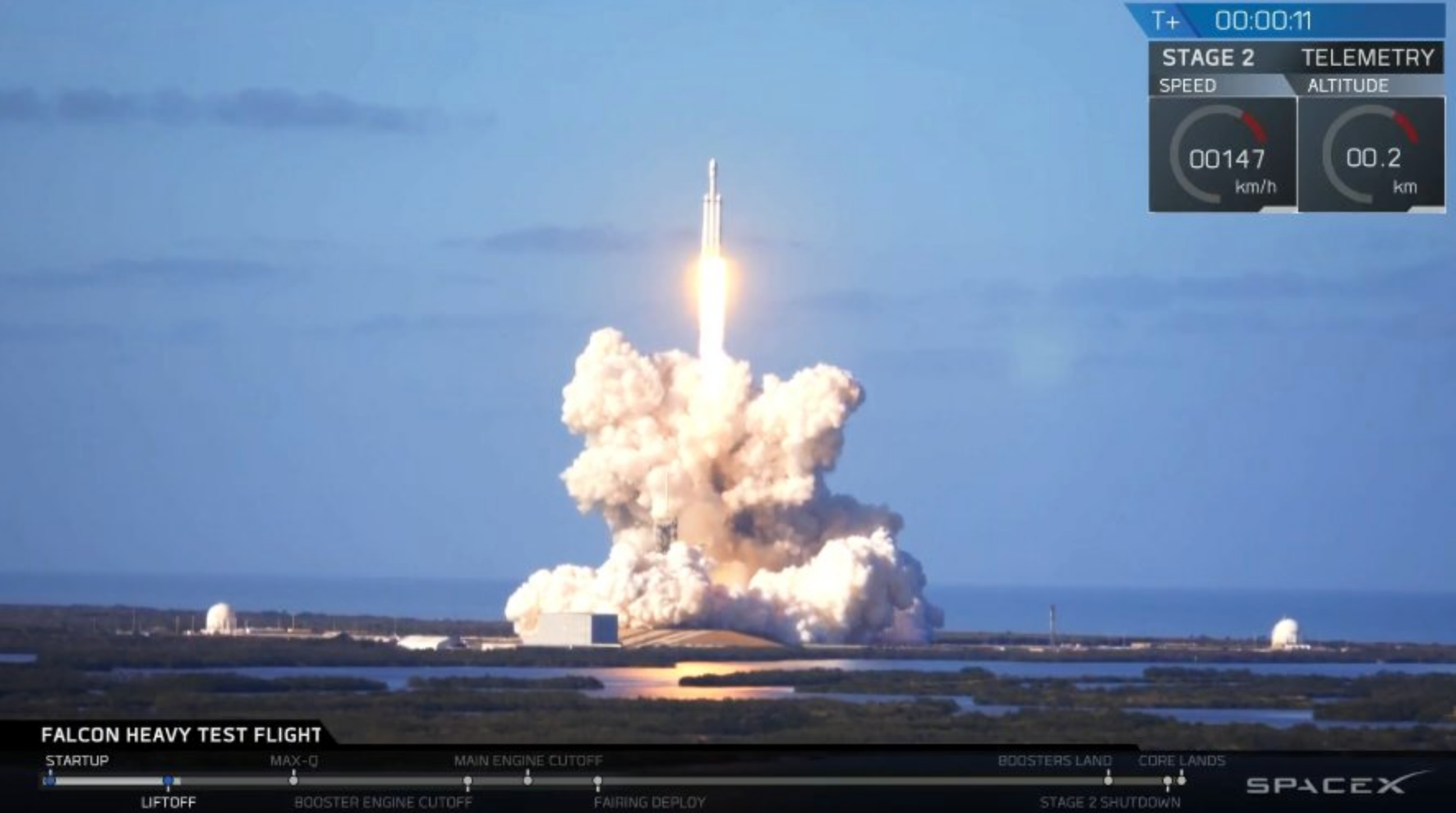 More powerful rockets have been launched before, including the Saturn V rocket that was used during the Apollo missions, but the Falcon Heavy is now the most powerful operational rocket in the world. This beast can generate more than five million pounds of thrust at liftoff, and carry 141,000 pounds of cargo to low Earth orbit. SpaceX originally designed the rocket to carry humans into space, including potential missions to Mars, but Musk now says the Falcon Heavy will never involve human passengers—a task that will be delegated to a larger space-transportation system called the Big Falcon Rocket, or BFR, which is currently in development. 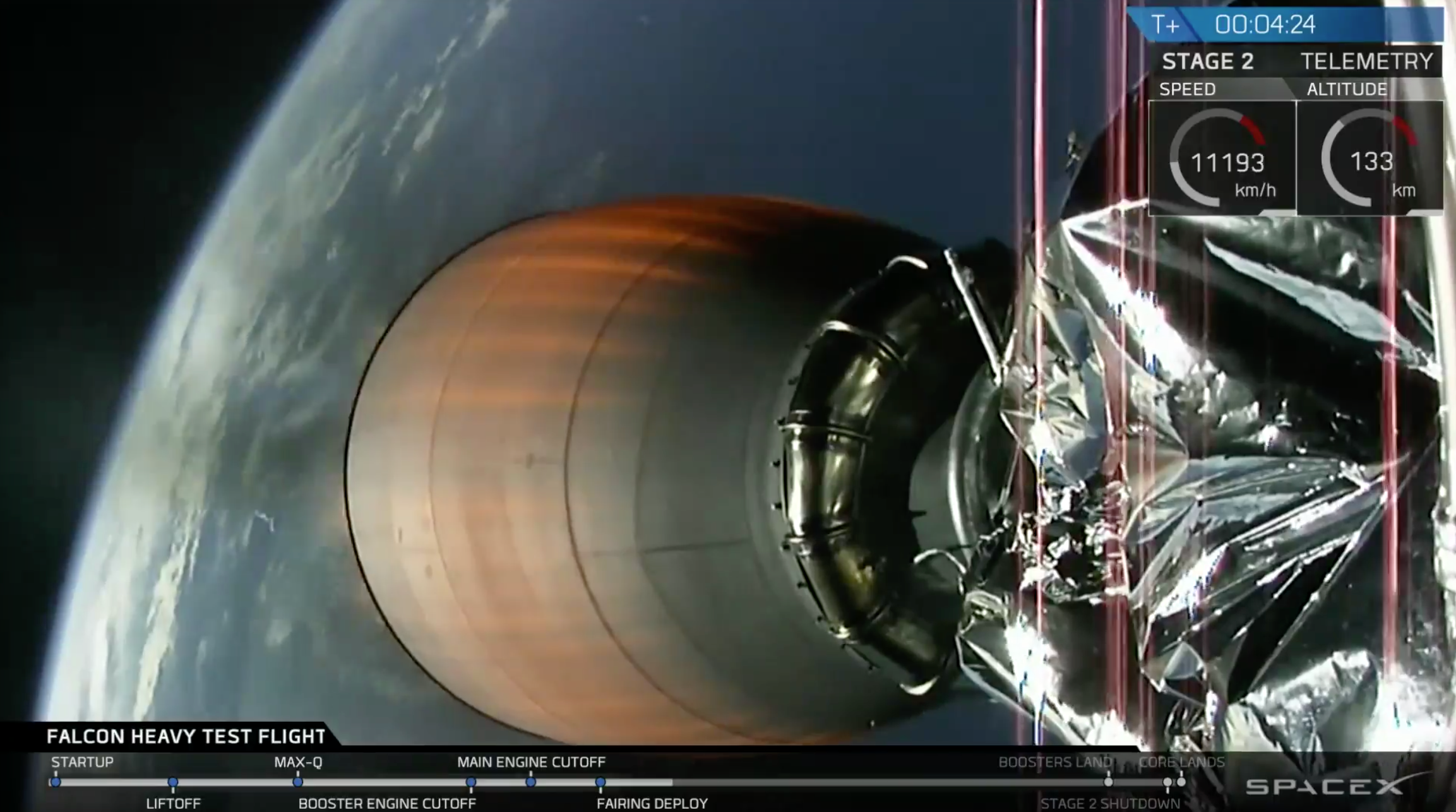 True to his word, SpaceX CEO Elon Musk shot his Tesla Roadster into space, along with a dummy named Starman behind the wheel. The car is headed towards an elliptical orbit that will see it drift in space for hundreds of millions of years. (A live view of Starman can be seen here.)

View from SpaceX Launch Control. Apparently, there is a car in orbit around Earth. pic.twitter.com/QljN2VnL1O

It’s too early to know if everything went exactly as SpaceX planned, but given fears of an explosion or crash, today’s events must be considered a big success.

Synchronised landings of the side boosters. (Image: SpaceX) 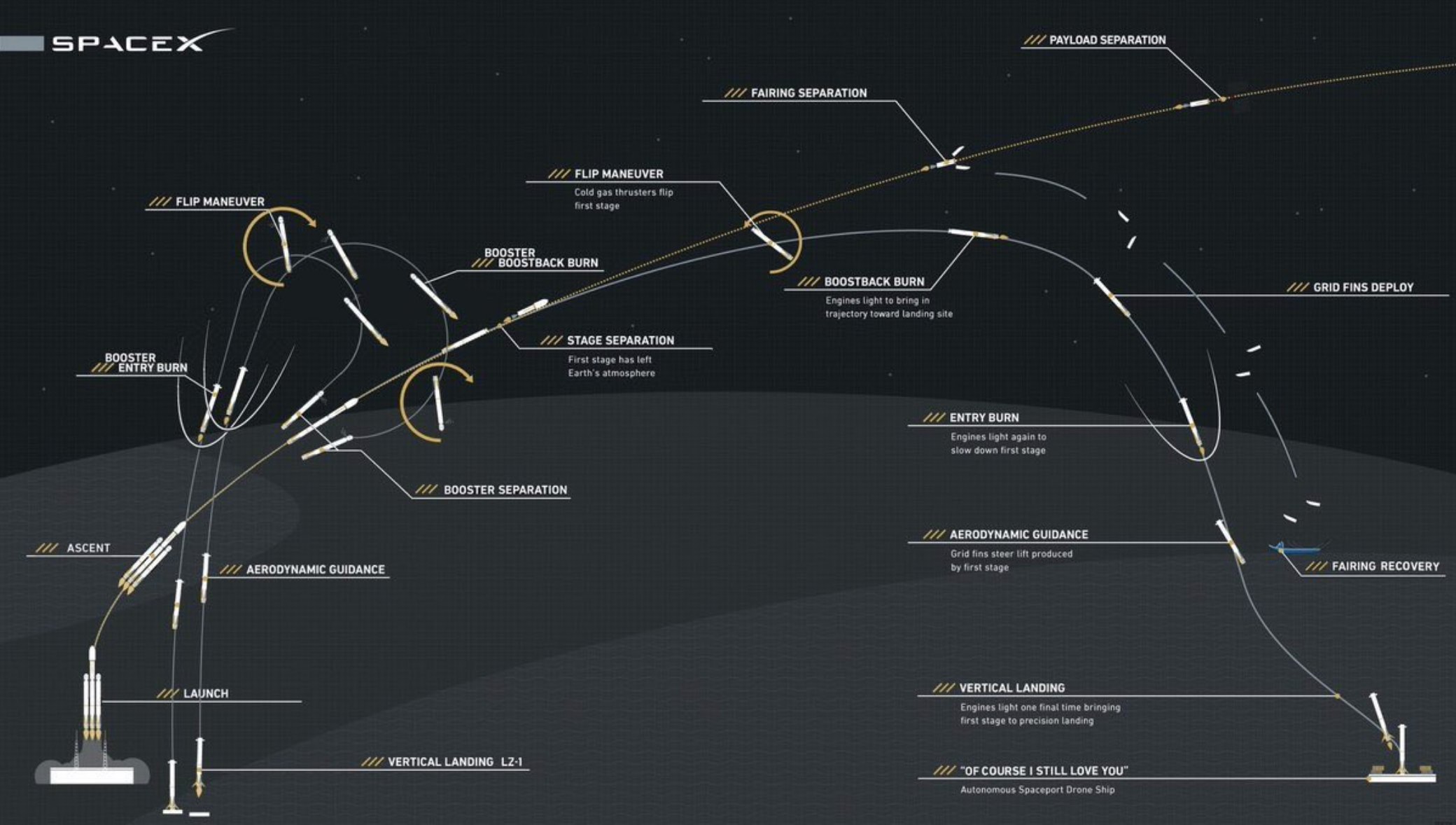 Here's the launch in its entirety:

Looking ahead, SpaceX can now proceed with its first commercial and US Department of Defense contracts, which could happen in the next several months.

More to come as this is a developing story.