Just a couple days before the world’s biggest smartphone convention kicks off in Barcelona, Google is rolling out updates for a number of its most interesting Android features.

The first of which is Google Lens, which will finally be available inside the Google Photos app over the new few weeks to all English-language Android users and anyone using the iPhone version of Photos. Lens was originally announced at Google I/O 2017, but until now, it was a feature exclusive to Pixel phones. Even though it wasn’t a real dog, Google Lens still identified the breed correctly.

While Google Lens is still considered to be in preview phase, the feature looks to capitalise on the company’s huge push into AI and machine learning. It uses image recognition algorithms to identify things like the breed of a dog or different kinds of plants. Currently, I find that Lens is quite adept at differentiating between various types of flowers, but struggles at more difficult things like picking a specific car model or identifying other types of greenery.

Meanwhile, Google’s augmented reality platform ARCore is finally leaving beta and getting an official version 1.0 release. ARCore is Google’s answer to Apple’s ARKit and is used to power things like the AR Stickers feature in Pixel phones. However, outside of Google’s ecosystem, the number of apps using ARCore right now is still pretty low. With a full 1.0 release, developers may have more confidence in Google’s fledgling AR tech.

To finish things off, Google is adding 30 supported languages to its Assistant by the end of the year. When everything is said and done, Google claims this rollout will cover 95 per cent of capable Android phones worldwide. 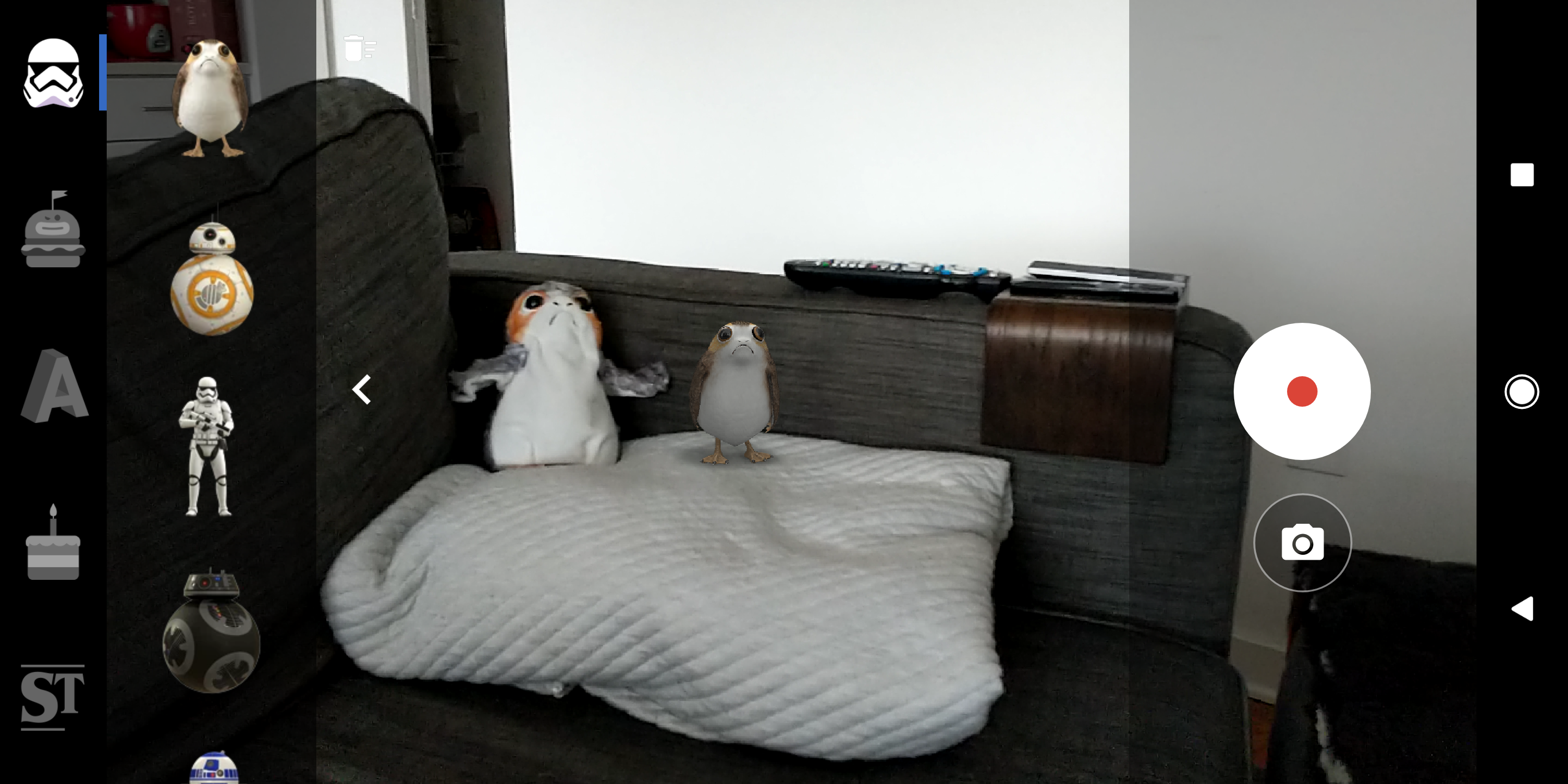 Now there are two of them. Which one is the ARCore Porg?

The Assistant is also getting some upgrades thanks to the addition of routines, which enables users to create a list of stuff for it to do with a single command. You could, for example, turn on your lights, start a playlist, and hear any important reminders by saying “Ok Google, I’m home.”

The Assistant is also getting the ability to set location-based reminders that would let you do something like ask Google to remind you to buy eggs the next time you’re at the shops. It’s a neat combination of GPS mapping and AI, though I’d be remiss not to mention this is something you’ve been able to do with Samsung’s digital assistant Bixby for a little while now.

The Original Gmail Was Garfield Mail