There’s a black hole called Sagittarius A* at the center of our galaxy. It has 4 million times the mass of the sun, but is only around the size of Mercury’s orbit. It’s 26,000 light years away, but let’s say some unfortunate mishap brought you within a light year or two of that behemoth. What would happen?

An international team of researchers collected data on a property called the polarisation of light coming from the center of the Milky Way. They used it to create perhaps one of the most detailed maps of the galactic magnetic field around Sag A* (pronounced “a-star”). The question they hope to answer is one possibly every space and science fiction fan has wondered:

“It’s really to understand what the ultimate fate of the material encircling the black hole at the centre of the galaxy is,” study first author Patrick Roche, from the University of Oxford, told Gizmodo.

The key to understanding this magnetic map was disentangling the data from the light wave polarization. Normally, light waves travelling through space don’t oscillate back and forth in a preferred direction. But polarised light does. I like to imagine an unpolarised light beam by moving my hand toward my face and curling all of my fingers repeatedly. A polarised light beam, then, would be if I only curled one finger, or something. Another, perhaps clearer way to explain this is if you looked head on at a beam of light, the light waves would trace out a fuzzy circle as they travel transversely. But if you looked head on at a beam of polarised light, you’d only see an up-and-down line. This is why polarisation filters work—they filter out light whose directions don’t line up with the filter’s direction.

Magnetic fields can bestow this directional preference on the light.

The researchers measured the polarisation of infrared light coming from the dust and gas around Sag A*, located at 0,0 on the below graph, using the CanariCam instrument on the 10.4-m Gran Telescopio Canarias in the Canary Islands. The outcome was the highest-resolution map of any such measurement yet: 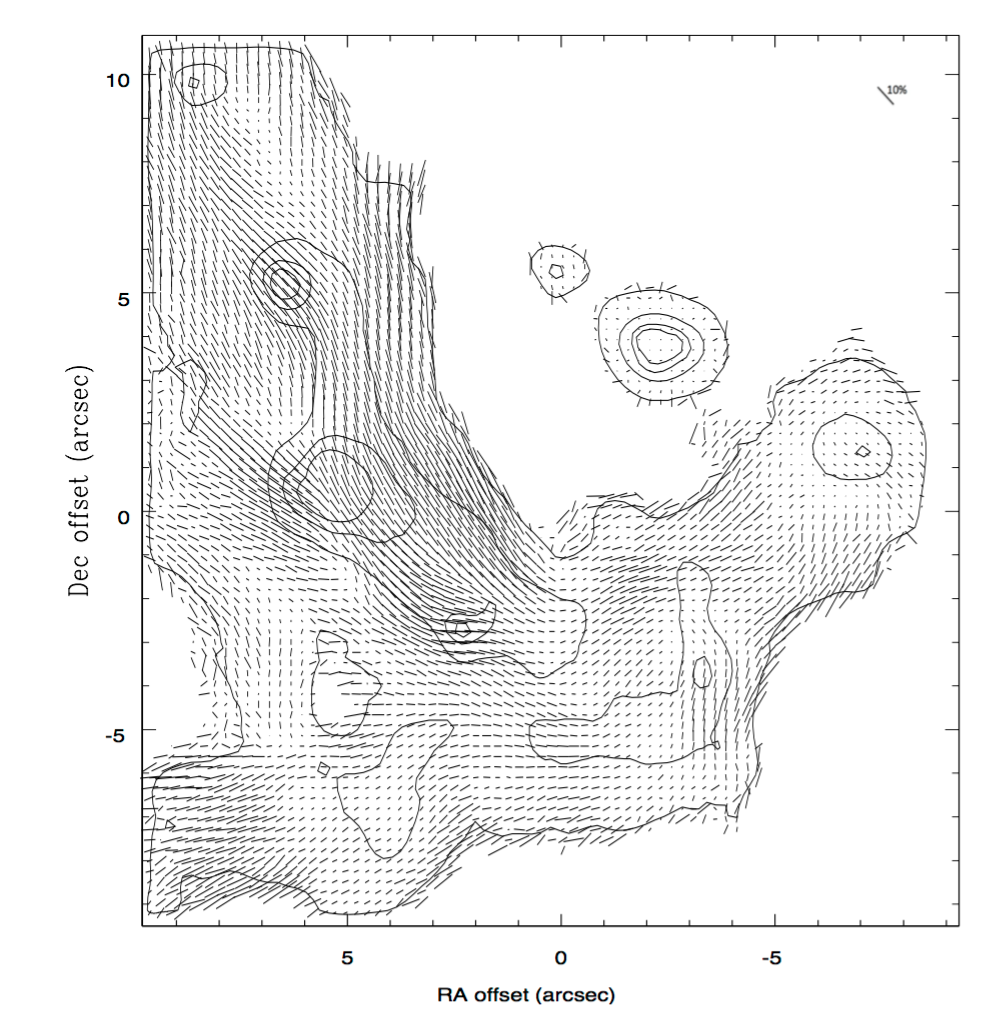 A map of the polarisation. Our galaxy’s central black hole lies at the centre point (0,0) of the image. The longer the lines, the more polarised the light.

The researchers realised a couple of interesting things—mainly, in the top left quadrant of the map, four bright stars called IRS5, IRS10W, IRS1, and IRS21 seem linked by the magnetic field but do not seem to change it. The field also seems to have a spiral structure.

There are other telescopes and other data sets that, combined with this research, will illuminate even more about the galactic behaviour around this region—and reveal further mysteries and unknowns to be explored. But scientists seem to agree that the map itself, when colourised, is quite beautiful—one blogger even said it looks like a Van Gogh painting. 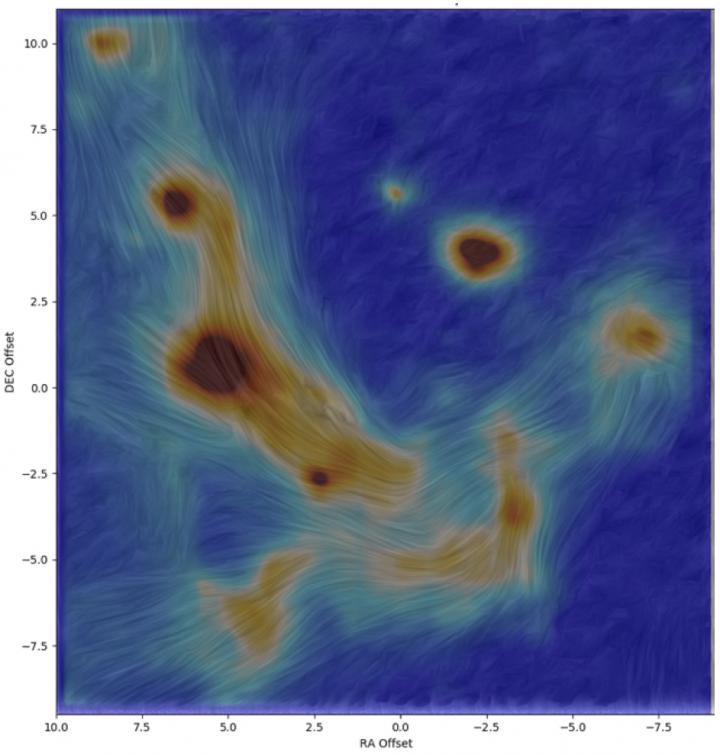 This Is the Spot Where the Cassini Spacecraft Plunged Into Saturn

This Is the Most Distant Confirmed Supernova Ever Observed