The Original Gmail Was Garfield Mail

Back when a brand-new company called Google was getting its first trickle of angel investment from the likes of Jeff Bezos and others, early netizens could already use a service called G-mail in 1998. Mainly, it was used by fans of a certain obese, lasagna-loving cartoon cat.

Well before Google debuted its now-ubiquitous email service in 2004, Garfield enthusiasts could access the original G-mail (touted as “e-mail with cattitude”) at gmail.garfield.com. The earliest snapshot of the site on the Internet Archive is from 3rd December 1998, and a copyright on the page dates the service to some time in 1997. While some online sources have mistakenly stated otherwise, however, the domain “gmail.com” never belonged to Paws Inc, the cartoon studio owned by Garfield creator Jim Davis.

Details on what this first G-mail incarnation did are scant. A reply to an off-site comment commenting on a Slashdot comment (phew) claims there was “something on the [Garfield] site that required you to have a Garfield address,” which may have driven sign-ups, though that commenter couldn’t recall what that something was.

What we can say for certain is that original G-mail users were given the delightful address suffix “@catsrule.garfield.com.” Evidence of this crops up on all manner of early internet hubs, including the USENET archives, Tripod, and Angelfire, as well as slightly more modern sites like GameFAQs, Ancestry.com, and FanFiction.net.

The rumour that Google’s use of the Gmail name forced Jim Davis to migrate his email service to e-garfield.com quietly persists, although the timing doesn’t quite match. Google’s Gmail was launched April Fool’s Day, 2004, while e-garfield and its associated email service were operating since at least late December 2001. Davis, Google, and Commtouch (which provided the technical backbone for Garfield Mail, now renamed Cyren) did not respond to requests for comment, and so the death of gmail.garfield.com remains a cold case. 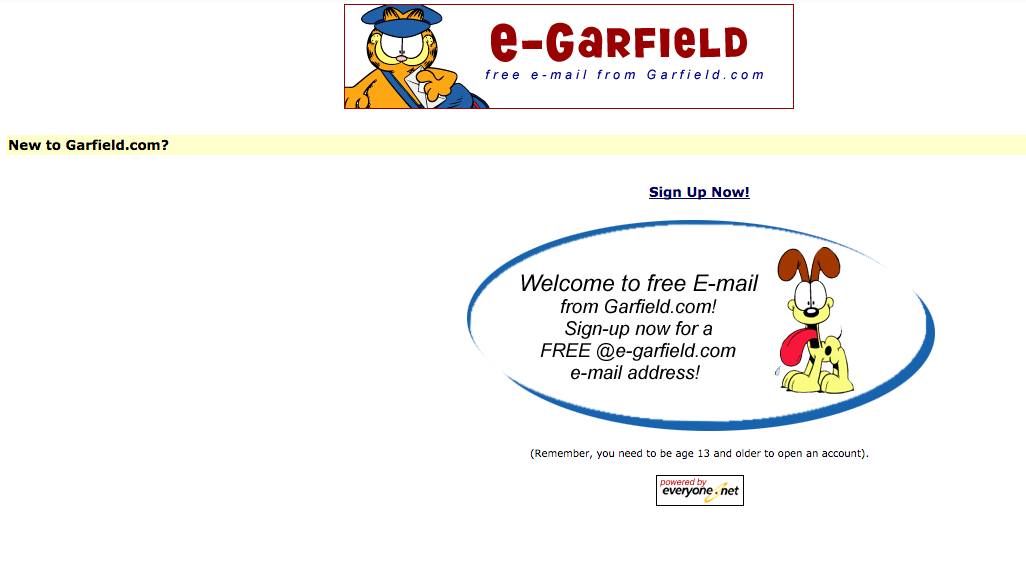 The e-garfield site was shuttered long ago, and the domain now appears to host rather creepy Japanese erotica, while websites hosting any trace of either email suffix drop farther in obscurity and search results.

Is Garfield’s G-mail destined to be an oddity barely registering as a footnote in internet history? An attempt by Gizmodo to contact a @catsrule.garfield.com address did not generate the expected bounce-back—a notice that an email is undeliverable. Stranger still, emails from a @catsrule.garfield.com address appear twice in Wikileaks’ Syria files, somehow sent in 2010. In some form or another, the original G-mail appears to still function.

What important event had taken place in the Garfieldiverse that required the attention of the Syrian government’s planners? The following, apparently too important to miss, offer:

Rest in piece, G-mail. I hope there’s lasagna in e-heaven.

The Government Has an AI Designed to Identify Extremist Material Online

There's a Reddit Clone Phishing People Who Type Too Fast